Rob and Diana chose the Ace Hotel in Palm Springs to host their wedding back in March. Their day was simple and elegant but with an added dash of sparkle! “Our wedding had a desert chic theme!” wrote the bride. “The otherworldly modern feel of the natural desert offset by a palette of mixed metallics. We did a lot of DIY. I had a serious staff of dedicated friends – we crafted every weekend for four months! I even flew my future mother-in-law out from New York to help – she had great handwriting for all the personalized gift bags from her days teaching kindergarten. Don’t be afraid if you don’t know exactly what its going to look like when you are done, if you can dream it do it!” 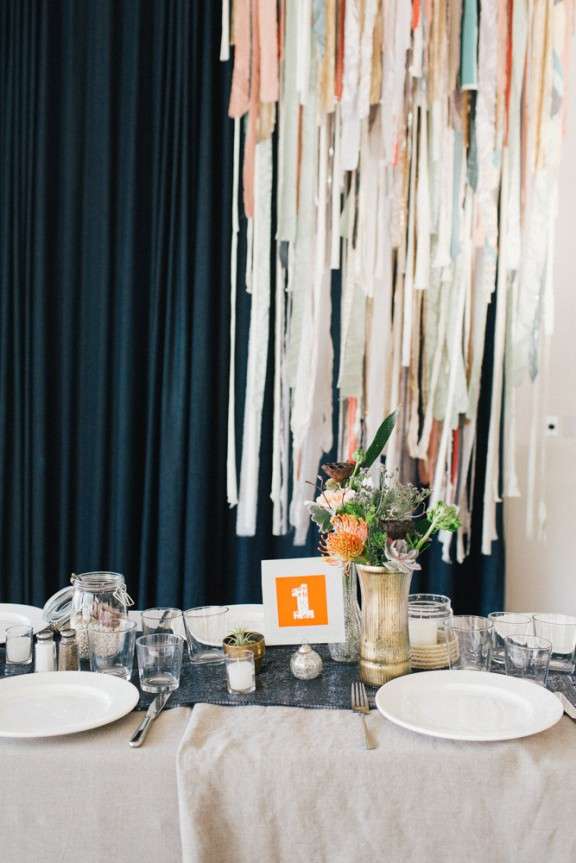 “We made everything very personal – from integrating graphic design from my mom to having our friends help design the altar and flowers and do the DJing. Let’s just say any wedding that requires a roll of chicken wire, eight cans of spray paint, a mosh pit, and my father-in-law dropping it to Wu Tang Clan is not the norm.  It was what we know of the music scene we grew up in: community, loyalty, and never taking ourselves too seriously.” 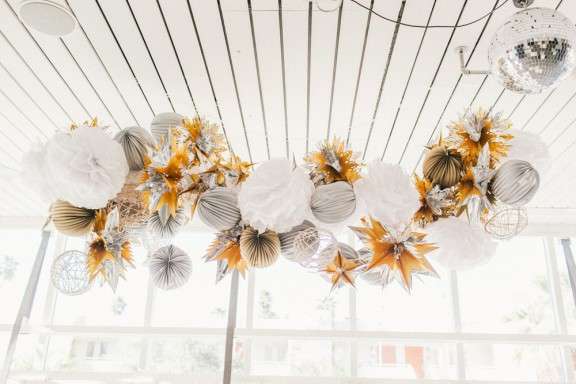 “I also spent many months promising to jump into the pool with my dress on as I love to swim”, she continued. “I see no reason to ‘preserve’ a dress I won’t wear again, and it sounded liberating and fun! My best friend was horrified and made a pact with my mother in law to stop me. Nobody stops me though! It got hot on the dance floor, I simply ran out, hopped in and my mother-in-law followed me all the way into the pool. Eventually many other people joined in including my groom in his skivvies. The next day my mother-in-law declared the pool left her dress as fresh as any dry cleaning!” 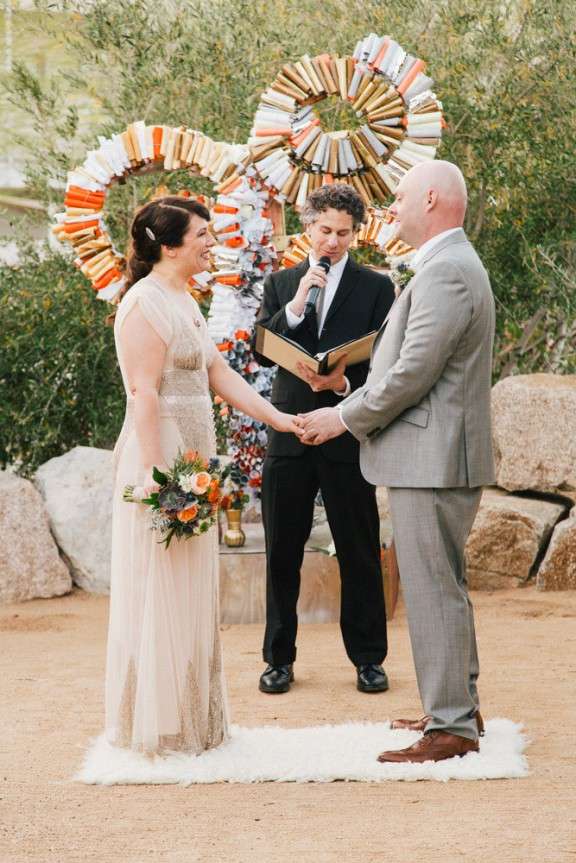 “I never ever knew a wedding could be so much fun”, she concluded. ” I was an anti-bride. My parents eloped and I always thought the whole thing seemed self indulgent and silly. But there is so much love in our new joined family that I couldn’t stand the idea of leaving anyone out. It felt like a runaway train many times, especially long nights of crafting, but it was worth every penny and every second and I’d do it again in a heartbeat. Maybe not for another year though  I need a rest.” 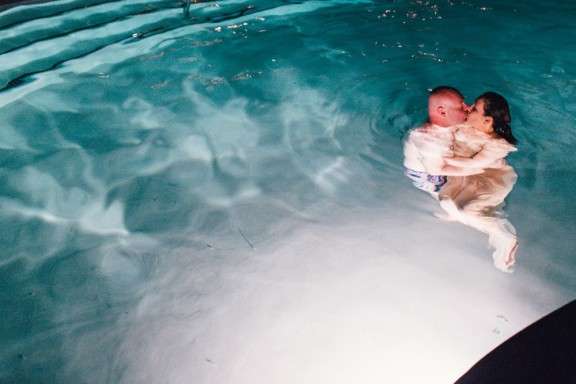 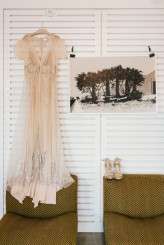 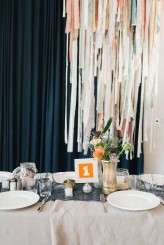 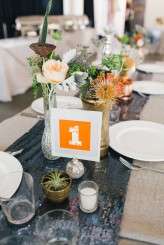 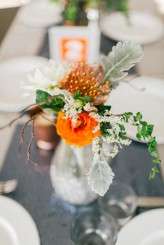 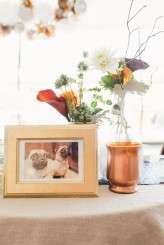 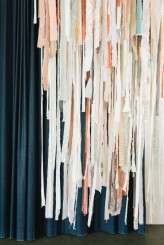 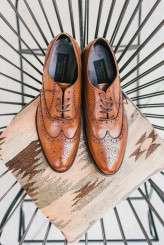 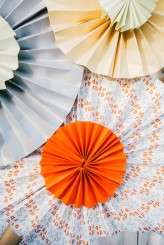 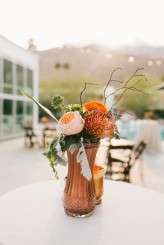 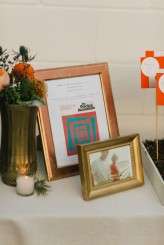 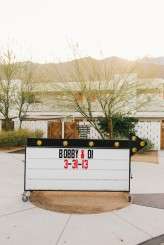 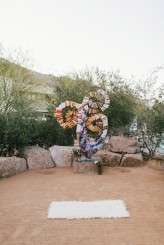 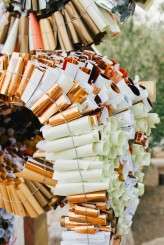 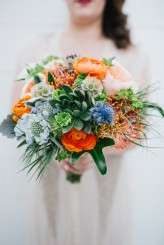 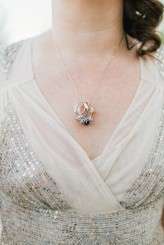 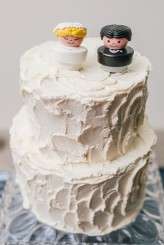 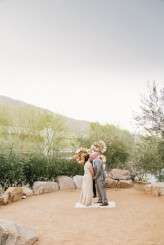 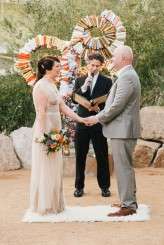 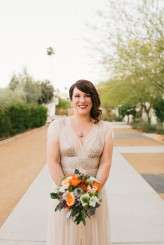 Ahh Palm Springs you are on my travel wish list for sure, and seeing weddings like Tasha & Curtis' makes me yearn for your palm trees even more. The wedding was held at the achingly cool Ace Hotel in June. "I'd describe our wedding theme as 1970s Rock n Roll", explained the bride. "Curtis is much more traditional than I am (shockingly - he has long hair and tattoos covering most of his body!) so we wanted to find a way to use the traditional ceremony but make it feel really personal and our own. We had our parents walk in at the front of the wedding party, then all of our 'Allies', as we called them, came in separately (no boy/girl pairs - they each stand alone in awesomeness) and then we came in together.

Ahh Palm Springs... one day I will be in you. But for now, I'll have to make do with lusting over Kelly & Ken's incredible wedding. Is everyone in Palm Springs as effortlessly cool as these two? The wedding was held on the Bob Melk Estate, a privately owned home. "Ken and I met and bonded because of music", Kelly told me. "We fell in love through creating music together, so it’s a huge part of our whole story. One of our favorite songs 'Albatross' by Peter Green’s Fleetwood Mac. It has followed us through our courtship and became our processional song."