Being big foodies, Billy & Laura knew they wanted to serve up an amazing feast at their wedding. But they wanted to do it in their own way, so a Full English Breakfast it was! “Overall we just wanted our wedding to be the best party anyone had ever been to”, wrote the bride. “We wanted great food, music and laughter. We definitely wanted our food to be different as we’d attended 8 or 9 weddings the year before and had (albeit very tasty) the same meal over and over.” 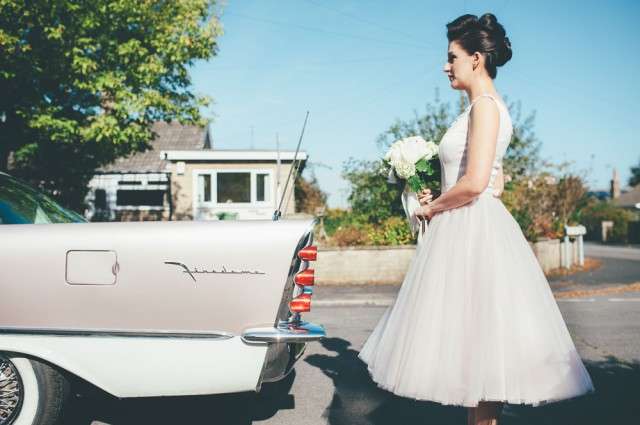 “One of the reasons we chose Skipbridge as our reception venue was that we could hire our own caterers and we weren’t stuck with a cookie cutter hotel wedding menu. We really wanted a Full English for our wedding breakfast but I found it difficult to find a supplier that would do exactly what we wanted that wouldn’t charge us an extortionate amount. Eventually I contacted House of Hog and he delivered exactly what we wanted for a great price. We had a fruit starter, followed by a buffet of sausages, bacon, black pudding, mushrooms, beans, tomatoes, hash browns, eggs and veggie alternatives. Dessert was a selection of pastries, pancakes and muffins.” 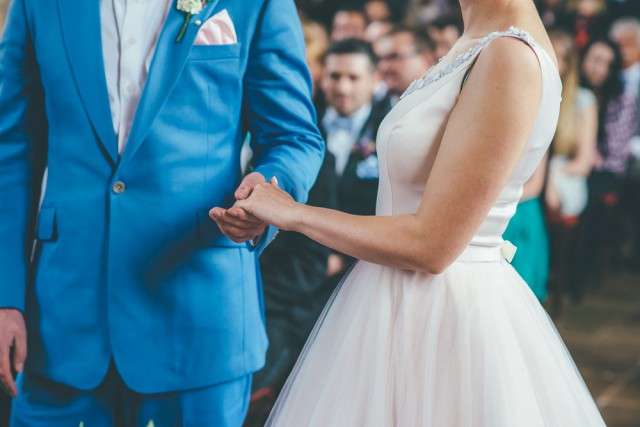 “In terms of a theme, I’m very much a fan of the music and fashion of the 1950s and I have always had my heart set on a 50s style wedding dress”, she continued, “so the theme followed easily. We had vintage buses and classic cars, and we added a movie twist with our wedding invitations, a red carpet, popcorn favours, film reel table plan and film crew table names. I guess I would sum up the theme as retro, B-movie, foodie, booze up!” 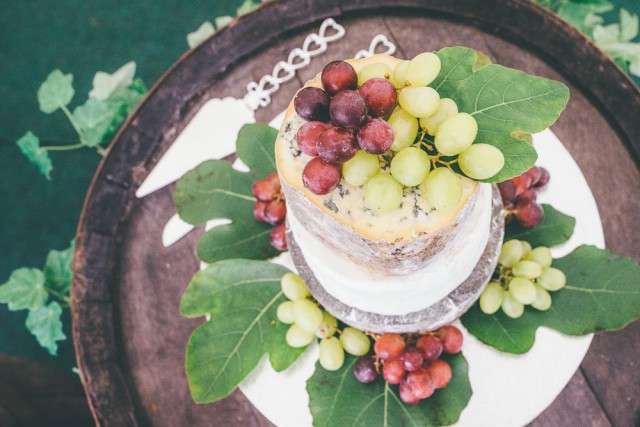 “The whole day was full of amazing moments so it’s hard to pick just one”, she said, “but my dad’s speech was incredible. I had no idea that he’d saved all the birthday cards I’d got him over the years and he’d brought a couple to show everyone and he read out a poem I’d written for him as a teen. It was so touching and funny. Another favourite moment was before our vows; Billy kept his back to me as I walked down the aisle, presumably because he was trying to save my tears. When I reached him he did a side double take and said ‘You look mint by the way’. It was so Billy and made me giggle.” 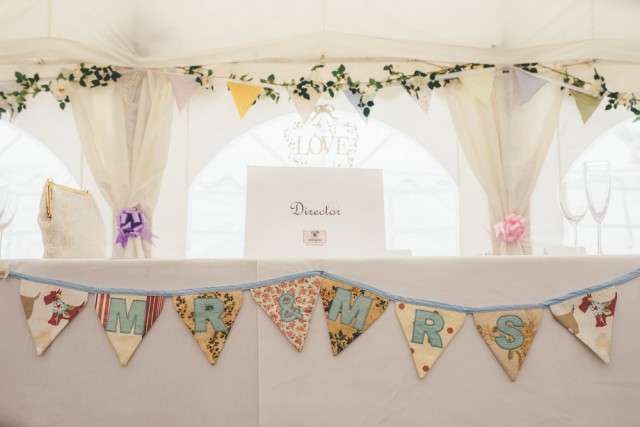 Laura’s dress was from Candy Anthony and her shoes were Charlotte Olympia. Her bridesmaids wore pastel candy coloured 50s inspired dresses by Honeypie Boutique. “For me the shoes were just as important as my dress, which is another reason I chose tea length so I could show them off. Everyone knows how much I love shoes so I felt I needed to keep up my reputation on the wedding day and go for something amazing. I’d fallen in love the Charlotte Olympia heels online and everything else just paled in comparison. I was in two minds on whether I could justify spending so much when, to my surprise, my friends all clubbed together for my birthday and paid for a big chunk towards them. They are the most thoughtful and generous friends anyone could wish for, I love them so much.” 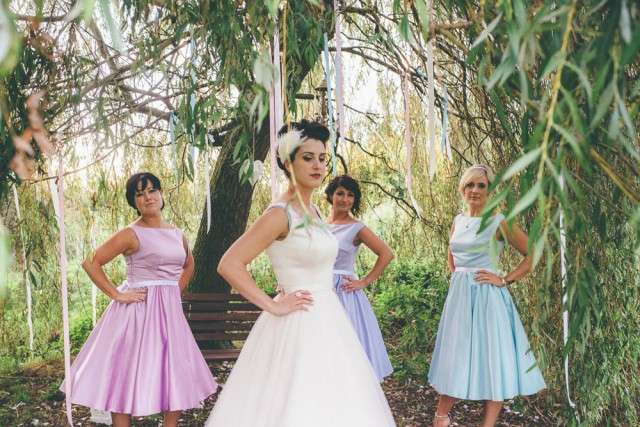 “Being a selfish bugger, I also spent a large amount of cash on a suit”, Billy laughed. “I wanted to feel comfortable on the day so I paid a visit to a bespoke tailor who crafted me an extraordinary blue suit and fitted shirt. I also wanted the wedding to involve my second love, cheese, so we also spent a fair bit of money on that. (P.S. The suit cost more than Laura’s dress which she got half off in a sample sale!)”

“We managed to save quite a bit of money by going for silk flowers over fresh though”, Laura said. “It also saved so much hassle as they were ready long before the wedding date. There was no last minute stress of fresh flowers being delivered on the big day, and also we can keep them forever. Gail & Gail at Rebel Roses are two of the nicest ladies you will ever meet; they were so helpful and creative. We absolutely loved the bouquets and pinholes.” 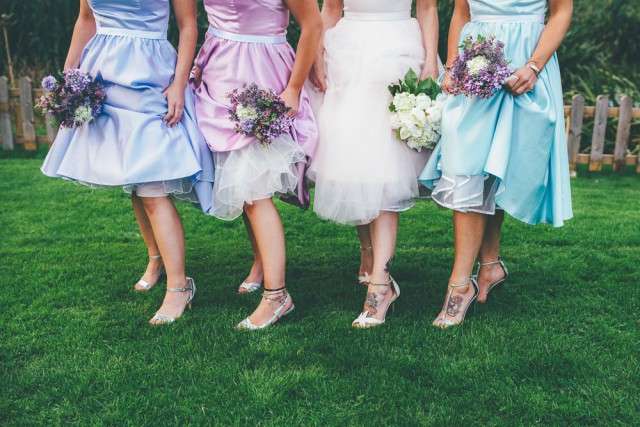 “There isn’t really anything we would have done differently”, they concluded. “If someone could have waved a magic wand I know that both of us would wish that Billy’s mum Jan could’ve been there. Unfortunately she lost her battle with cancer in 2013. She was toasted in all three speeches and we donated to Bowel Cancer Research in lieu of traditional wedding favours, Jan was definitely in everyone’s thoughts and hearts on our big day.” 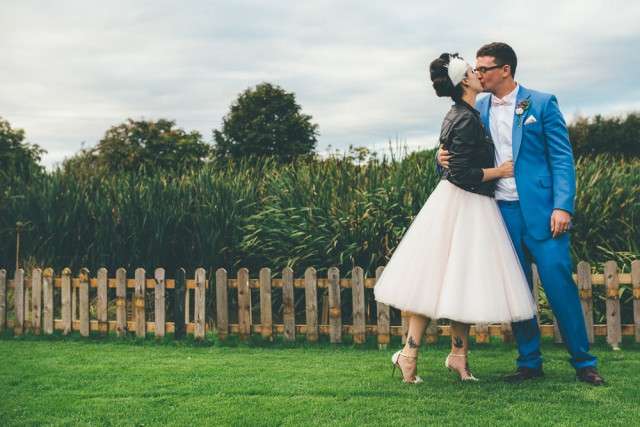