There is a lot of pressure surrounding weddings. Pressure to have the most gorgeous celebration, to spend the most (or least!) money, to DIY up a storm and for everything to be utterly picture perfect. So it doesn’t come as a shock to me that proposal expectations can also be sky-high for the soon to be betrothed.

With viral proposal videos hitting the headlines on an almost daily basis, this is hardly surprising. It can be hard, if not impossible, for us normal folk to feel like we’ll ever measure up!

Don’t get me wrong, I love hearing the stories of the flash mobs, the sky-writing and the treasure hunts. I’m an old romantic after all. But the fact of the matter is that a proposal doesn’t have to go viral for it to be utterly incredible. 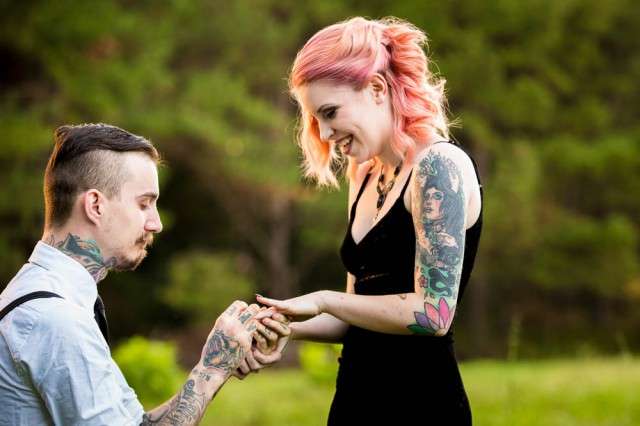 I loved the way Gareth asked me to marry him. It wasn’t big or extravagant and that suited us down to the ground. We’re quite an understated couple as it is, and neither of us feel particularly comfortable with the idea of grand public gestures. We went for a BBQ by the river on our five year anniversary. It was freezing cold, the food was crappy and it was so dark by the time he finally mustered the courage that I didn’t even notice he’d got down on one knee and I couldn’t see the ring! But it was a perfect, heart-stopping and magical moment because it was just for the two of us. Nobody else.

I actually started mulling over the idea for this post as yet another “I proposed to my girlfriend and the video is going viral, check it out!” flooded into my inbox. While I’m all for big romantic gestures (done by other people!) I can’t help but feel a little bit sad when I see videos like these being pushed around like viral fodder. It all feels a bit like a show, and as if the hope of some fleeting internet fame is the real goal.

In most cases I’m sure this couldn’t be further from the truth. My real problem with these YouTube sensations is that seeing them can make other couples feel bad about their own experience. 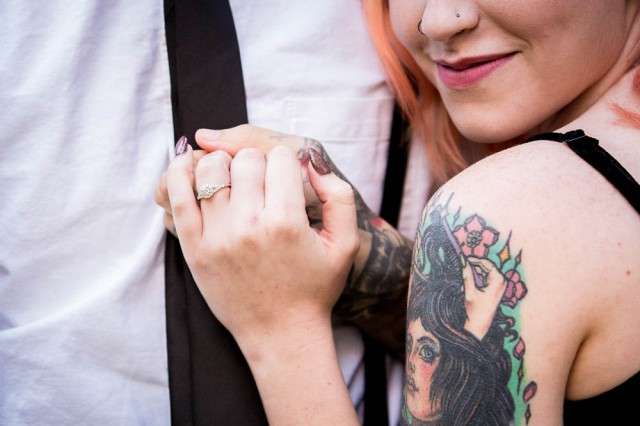 However your other half (or you!) proposed, I hope you never forget that the ‘why’ is a million times more important than the ‘how’. Whether you were dancing around your living room in your underwear, or standing atop the Eiffel Tower at sunset, that magical moment is YOURS. It doesn’t have to be shared with, or validated by the rest of the world to matter.