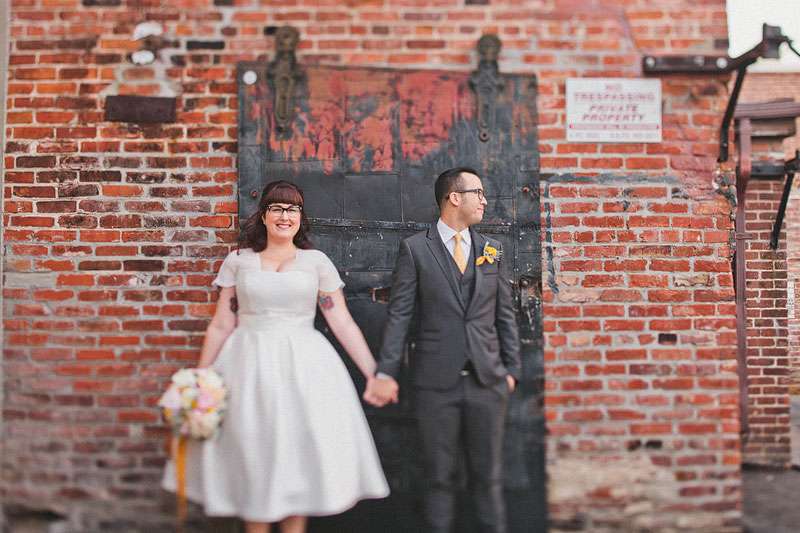 Mandie & Mike’s handmade wedding was held at Newland House Museum, the oldest residence in Huntington Beach, built in 1898. They decorated the space themselves and most of the decor was either handmade or collected from thrift stores and etsy. Their awesome ceremony backdrop was made with the help of Mandie’s dad and it was one of the couple’s favourite things in the wedding. I can see why too – it’s beeeautiful! 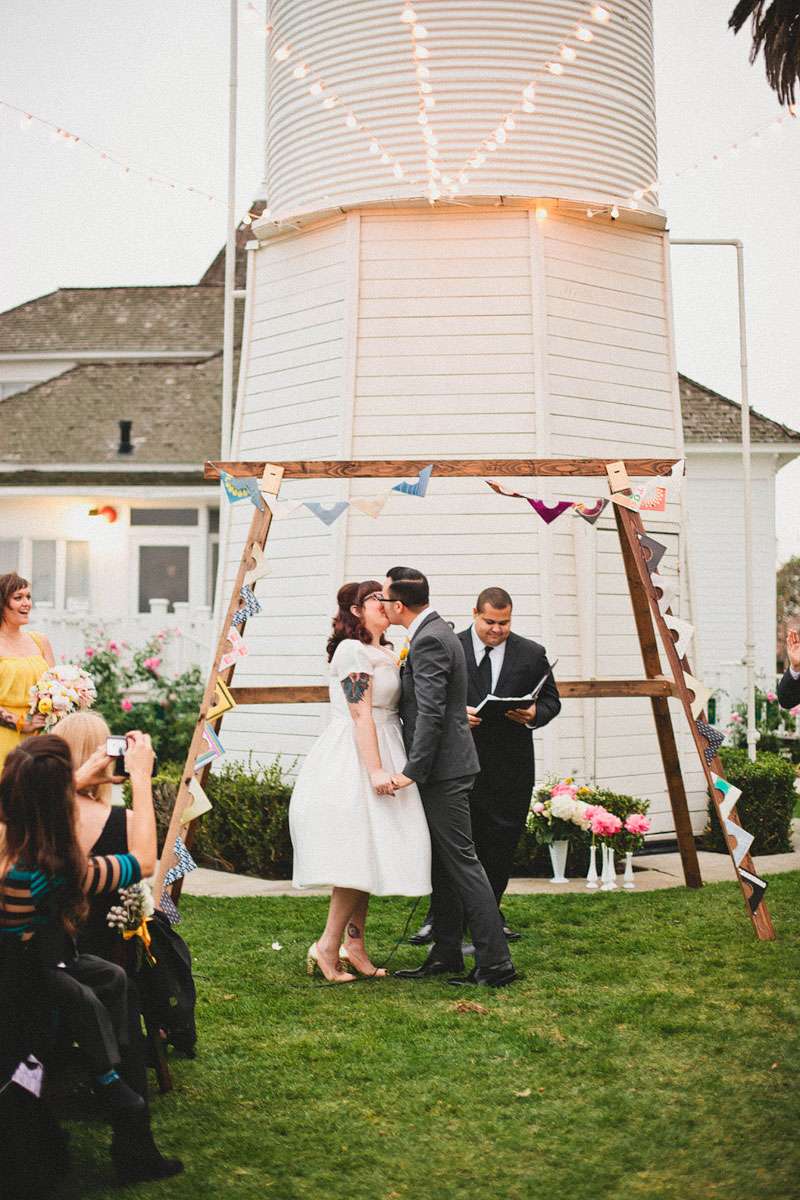 “We wanted a wedding that was fun and something that people would remember with a smile”, Mandie explained. “We found a venue that allowed us to use vendors we wanted and I think that had a huge impact on the feel of the wedding. I loved every vendor we used and they really help make the wedding a special day that was very ‘us’!”

“We never really thought too much about a theme”, she continued, “but I knew for sure that I wanted the wedding to be laid back and to incorporate as much of ‘us’ as possible. We liked the idea of making things or finding them second hand because that is what in do in our everyday lives. We pulled from our love of DIY and music to create our day.” 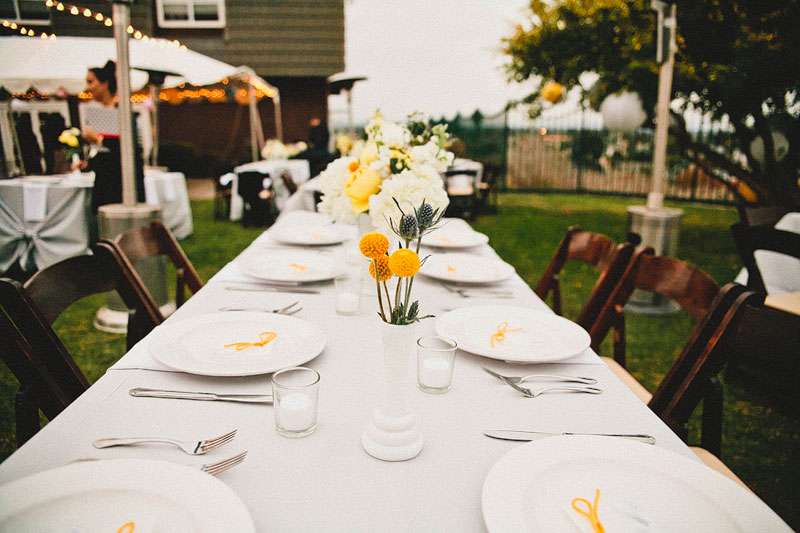 “My favorite part of the day was our first look. I don’t do well as the center of attention, so I was extremely nervous about the ceremony. Being able to see Mike for the first time in a more intimate setting and really take it all in was a great experience. Having my best friend by my side made me ready to take on the day! Another favorite part of my day was all the dancing. Toward the end of the night the rain that had threatened us all day finally starting to come down, but instead of letting it ruin the night we all huddled under the tent, kicked up the music and danced the night away!” 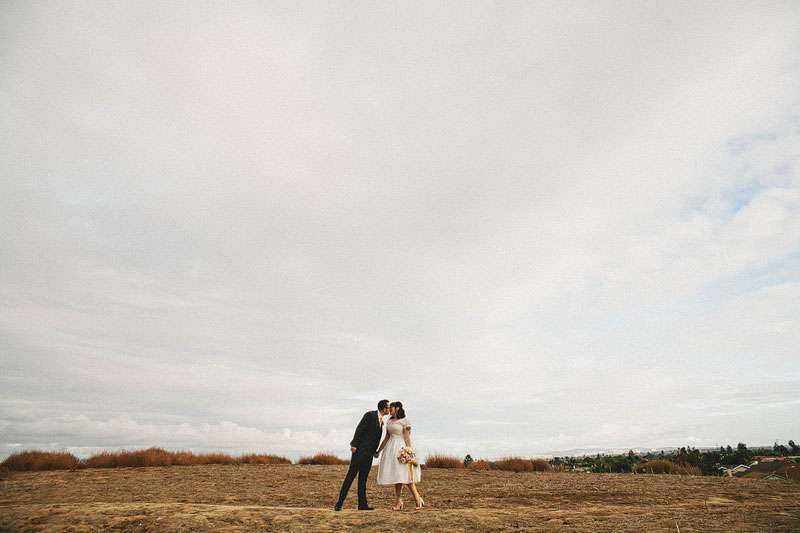 So rad. And what a gorgeous couple! I’ve got some serious ink envy over here. Thank you so much to Mandie & Mike and their incredible wedding photographer Mark Brooke for sharing with us today. 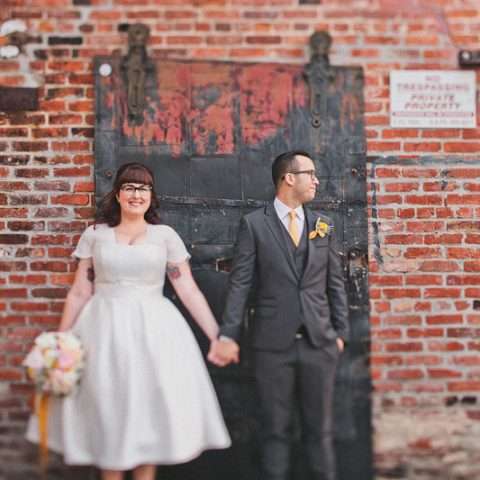 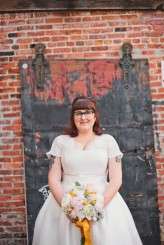 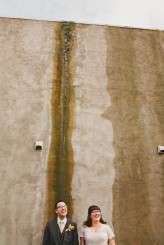 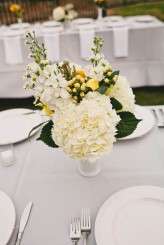 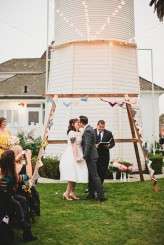 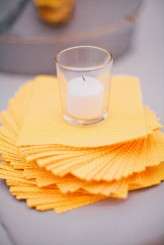