What have I been up to since we last spoke? Er, quite a lot actually! Last Thursday I was in Brighton visiting my friends at Choccywoccydoodah. They make the most epic wedding cakes and I was there to take part in their first ever Witches Kitchen class.

Upstairs in their brand new shop, nestled within the South Lanes, we got to decorate our own ChoccyWoccy creations. I opted for a white chocolate skull (I mean, how could I resist?) and it was surprisingly awesome fun! I went with my sister and we had the best time eating our body weight in sweets, getting our faces painted and drooling (not literally!) over the amazing cakes decorating the space.

The Witches Kitchen would make an AMAZING hen do idea, but you can also hire their Empire Room for two hours worth of ALL YOU CAN EAT chocolate. Oh baby! Just make sure you wear trousers with a forgiving waistband. 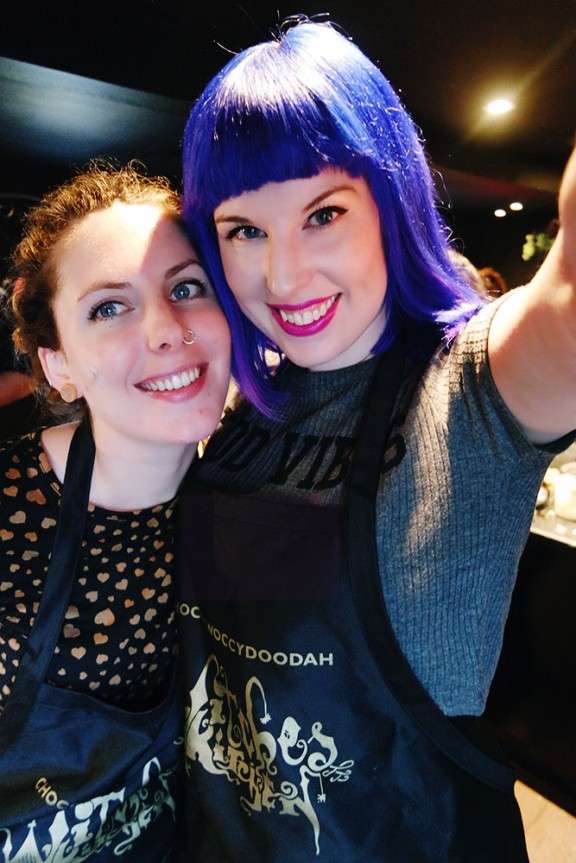 There was no time to sit around devouring my creation though, because bright and early on Friday morning Gareth and I were up and heading towards Heathrow. We were off to Cologne where I had been invited to speak at Deutscher Hochzeitskongress, the first German Wedding Congress. I’m not gonna lie, I was BRICKING IT! Not only did I have to speak to an audience of 200, but an audience that spoke English as a second language. ARGH!

I had to do an opening key note speech and then a half hour presentation in the afternoon sharing blogging advice for wedding professionals. Although I was suuuper nervous beforehand, as soon as I got on stage I felt much more at ease. For me, the best thing an audience can do is smile back and nod along in agreement, and I was thrilled to see this happening as I spoke. They were such a great group of people and chatting and taking selfies with them afterwards was even more fun! 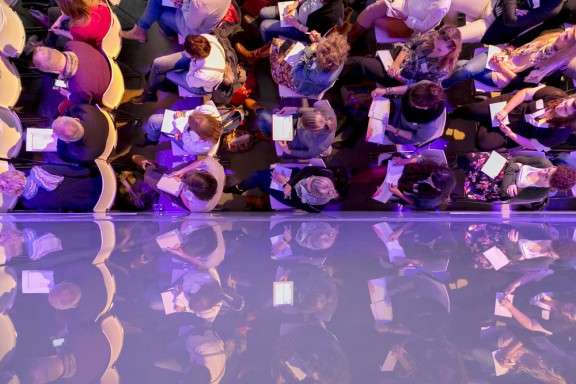 But the fun doesn’t stop there! This weekend I’m speaking at the Flourish and Prosper workshop in London (a smaller audience this time, so there are less nerves!) and then on Sunday I’m going to attempt to make my first ever Sunday roast. I’m not sure which I need more luck for, although I suspect it’s probably the latter…

So yeah, BUSY BUSY but I ain’t complaining. Life is so damn good right now, I can’t quite believe everything that’s happening…

♥ What makes for a stable marriage?
♥ Gothic Rock n Roll shoot in Chicago
♥ Whimsical South Carolina wedding
♥ Small beach wedding
♥ This Little Mermaid wedding shoot has been doing the rounds this week. I can see why, it’s very awesome! 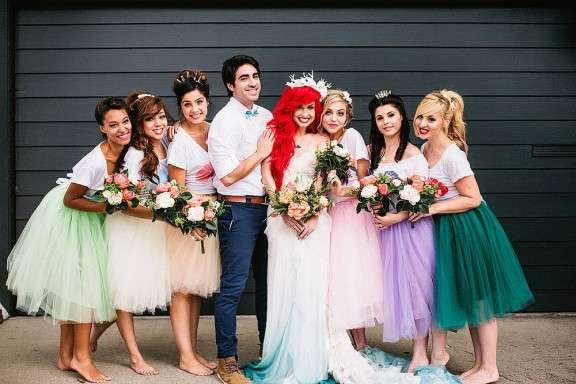 ♥ A photographer’s view on equality in the weddings (this is awesome!)
♥ How to get your first 1000 blog readers
♥ Three ways to define what your blog is about
♥ There is some pretty amazing (and actually applicable!) SEO advice over here