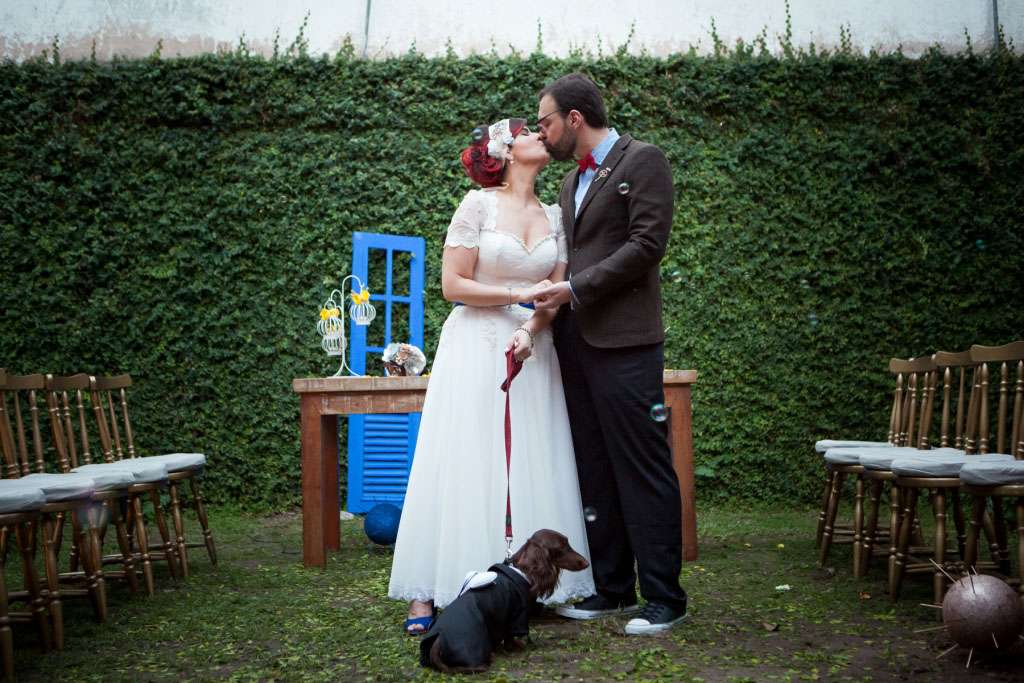 Being huge Doctor Who fans, Lua and Pedro knew as soon as they were engaged what their wedding theme would be. The celebration was held at Solar das Palmeiras in Rio de Janeiro.” 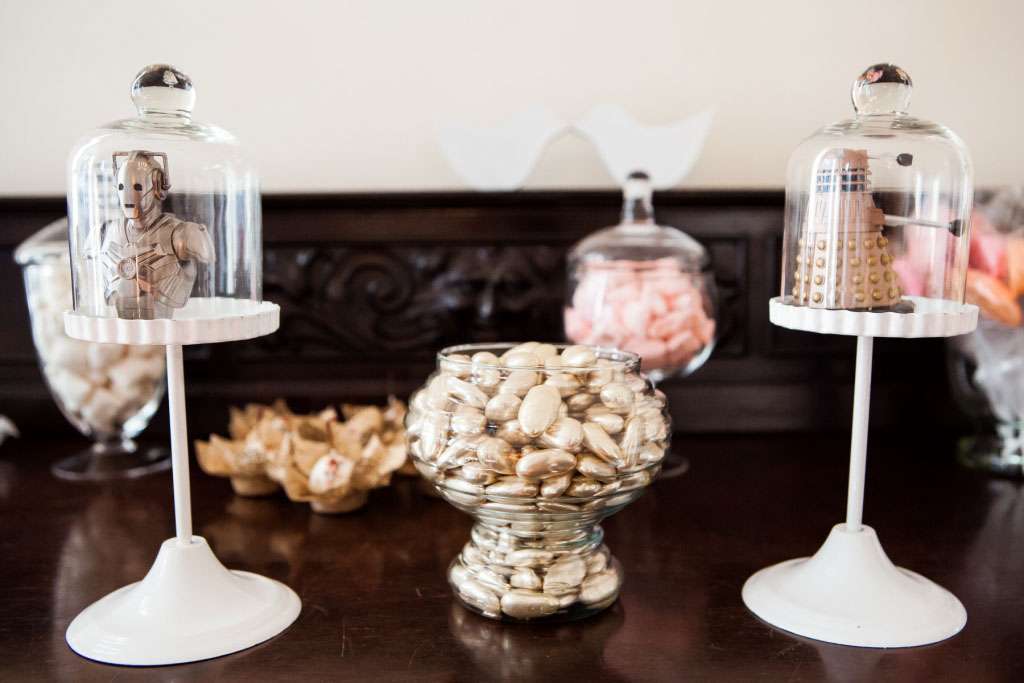 “As we are both geeks and great fans of TV shows, we thought our wedding couldn’t be a regular wedding”, began the bride. “We had to choose something that would look like us. We chose the British TV show Doctor Who for our inspiration. With the help of Pinterest, we collected ideas of how to make our special night even more special. I tried to spend as much time as I could making props and decoration items we could use, and the result was awesome. People at the wedding couldn’t really tell it was a themed wedding, but everybody agreed it looked just like us. They said they felt as if they were celebrating at our own house. 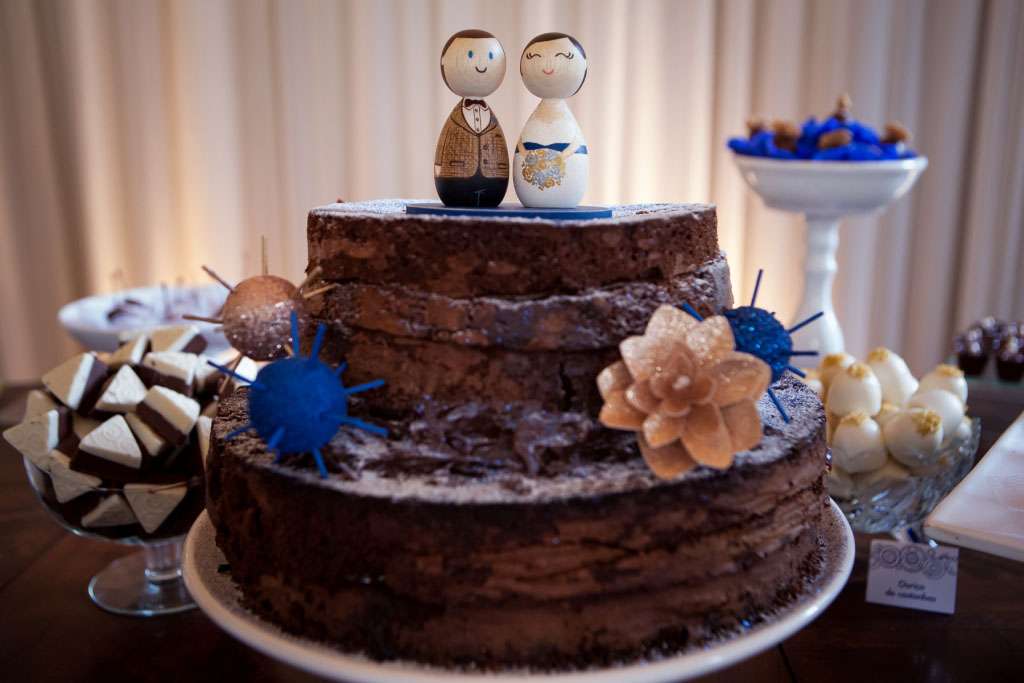 “One of our favourite (and funniest!) parts was our dog as the ring bearer!”, she continued. “He dressed up in a tuxedo and my nephew held his dog leash. Both of them were responsible for bringing our wedding rings to the altar.” 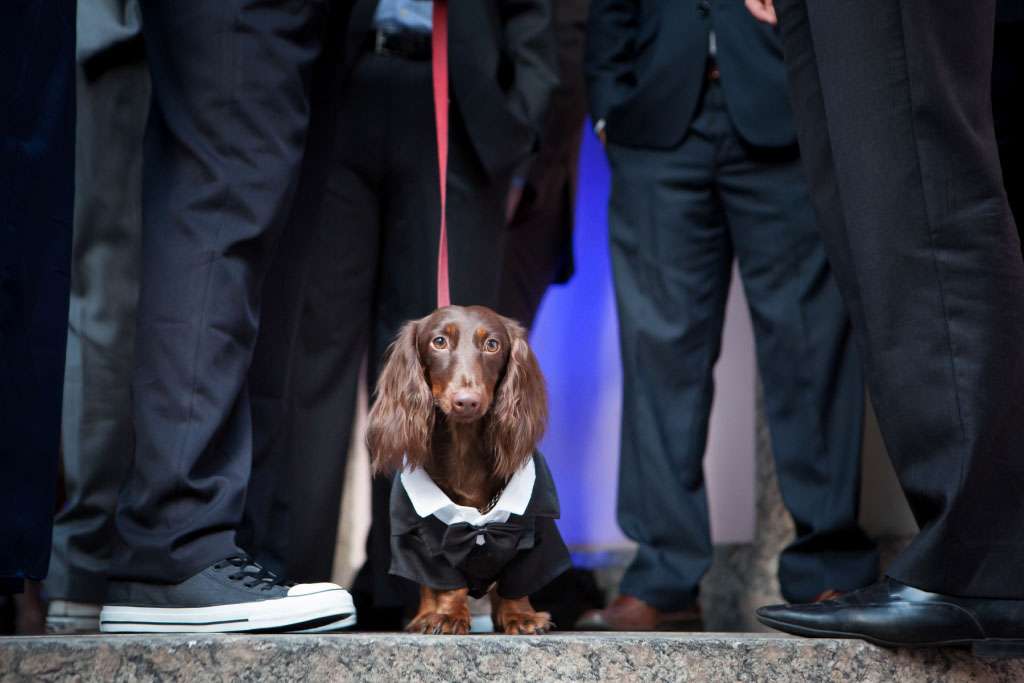 “The décor was very much DIY. I made many, many things! I made the stars used to decorate the gardens where the ceremony took place, painted the doors used in the ceremony, made all the photo frames, cut the props for the photo booth. I could have bought these things but it was much cheaper to make them myself (and I really enjoyed doing it!)” 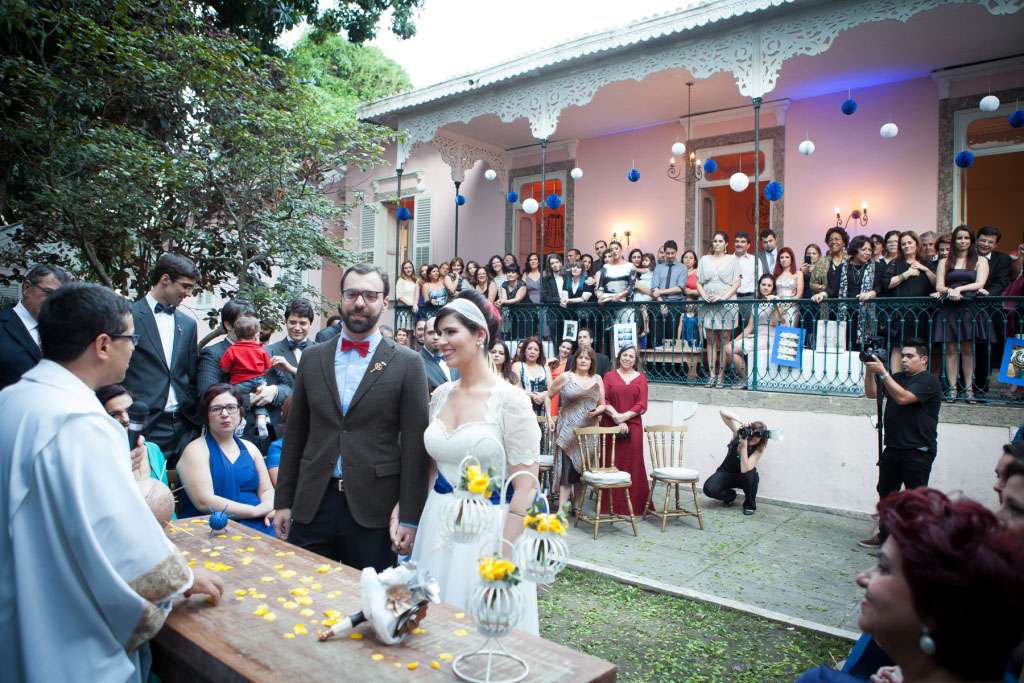 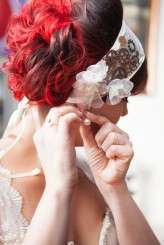 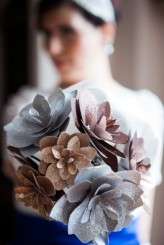 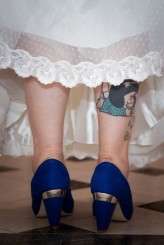 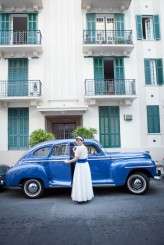 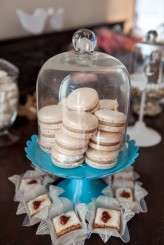 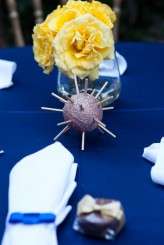 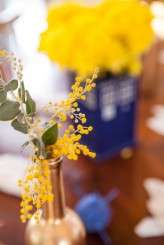 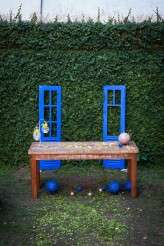 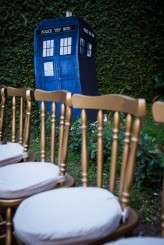 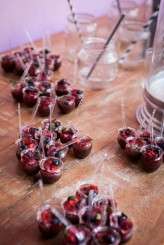 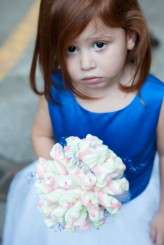 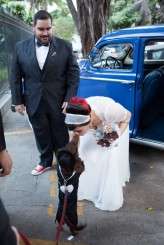 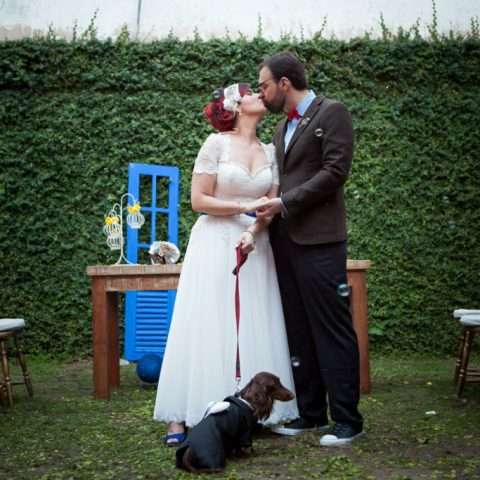 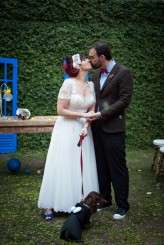 Cecilia & Luciano wanted a simple wedding inspired by their choice of venue, Pousada Estrela D'água, in Trancoso, Brazil. "My inspiration was the wedding venue", explained the bride. "The village of Trancoso, Bahia, is beautiful and simple at the same time. That's what I sought in all my wedding decisions. I did not want anything too pretentious. For the decorations we used photos of family and tablecloths that belonged to our great grandmothers. The decor had a bit of our history and showed a lot of our personality." Cecilia made her own dress from the lace of the veil that her mother-in-law wore when she married. She also designed and made the bridesmaid's dresses. "There was no specific theme to anything really", she continued. "We just tried to do everything as simple as possible."

The Story Behind the Flying Wedding Dress: Marie & Pedro

Are you ready to have your mind blown? Well just look at this dress shot - what a brave bride - and yes, it was all her idea! "I got my inspiration for the dress flying photo from a picture from the Brazilian designer Karlla Girotto," explained Marie. "The picture was from her summer 2007 campaign and it showed a parade of her dresses hanging on balloons with the models in front of them."

When my favourite vintage wedding dress shop launched their own, self designed, collection based on vintage styles (but able to be sized up to a Uk size 22!) I was super excited to be able to host an exclusive competition for one of my readers to win one. Alongside Fur Coat No Knickers founders and designers Emma and Laura, I read every single entry, eventually picking the gorgeous Diana as our winner. Her story touched our hearts and we were all so honoured to be able to fulfil her dream to feel beautiful on her wedding day.