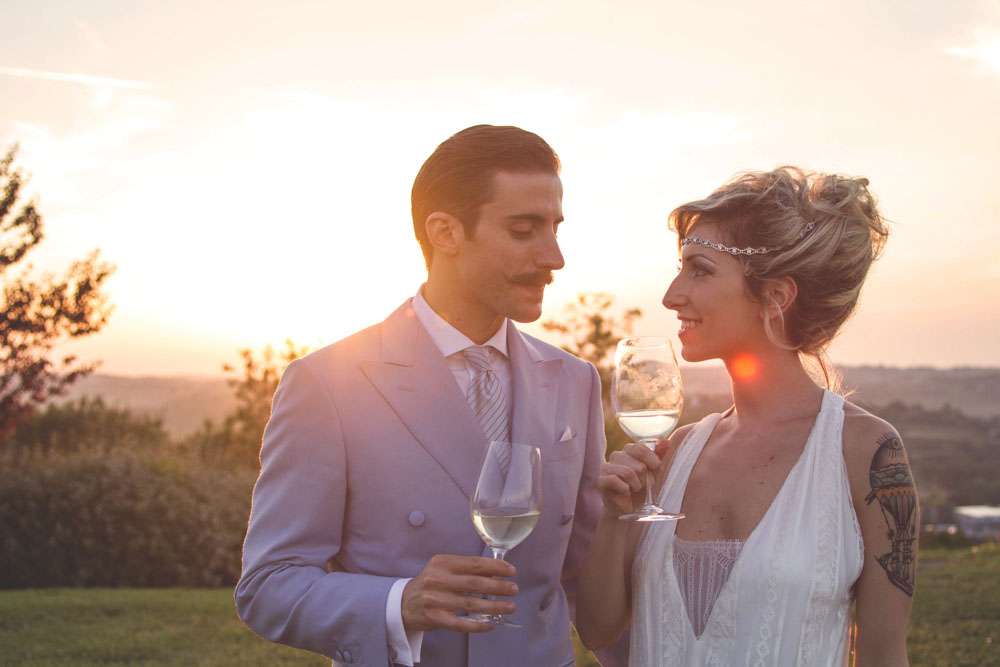 If you’re having a 1920s inspired wedding then you are going to adore Laura and Geremia’s big day which took place in Italy in July.

“Our wedding was inspired by The Great Gatsby, The Artist and some Wes Anderson’s films like The Grand Budapest Hotel”, said the bride. “We got married in the Republic of San Marino, the 5th smallest state in the world, and we decided to have the wedding reception in an elegant restaurant. The roaring 20s was a big influence for us but we added modern touches too.” 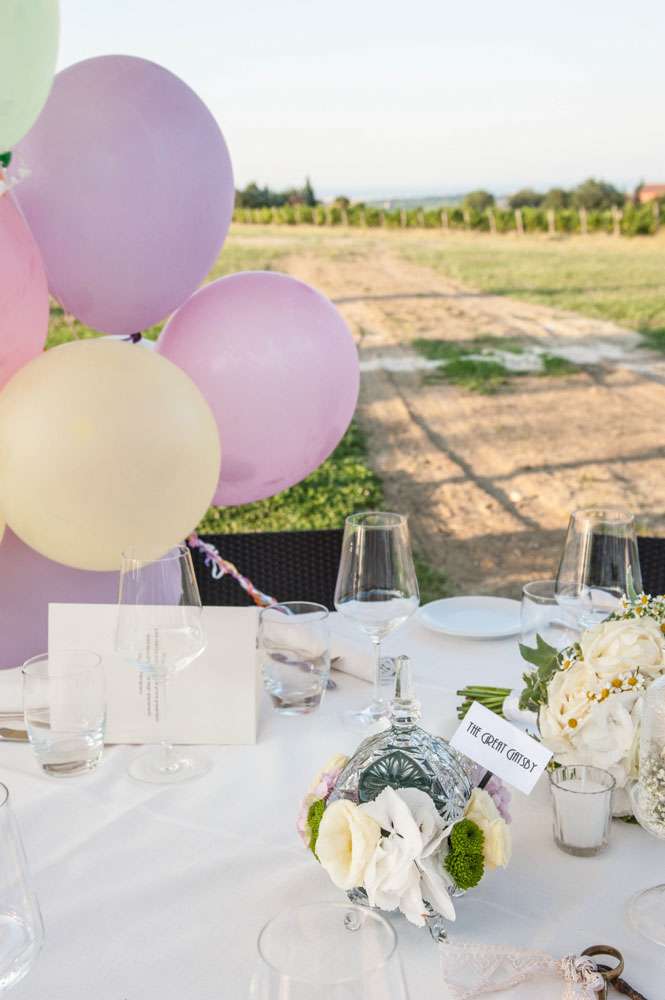 “We did the centrepieces ourselves by buying pieces from markets in London. We had bottles and the teacups of the beginning of 20th century. Our wedding favours were Franciacorta bottles which we out inside a cotton bag.” 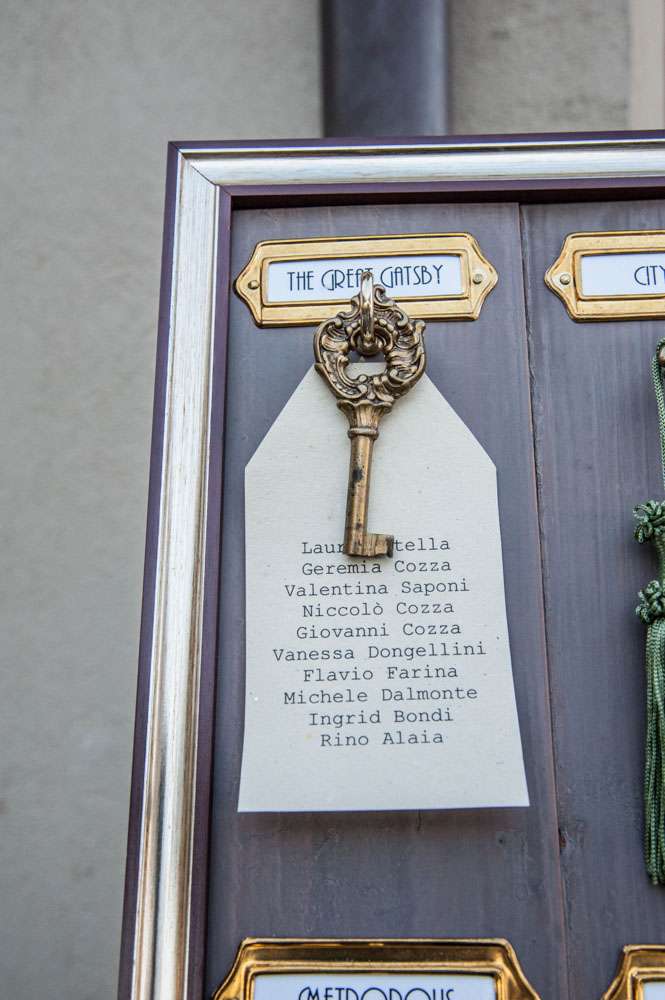 The bride wore two dresses, the first from Charlie Brear, and her shorter number from the evening from Sue Wong. “I actually bought both my dresses on eBay which saved a lot of money. Lots of other items were DIY, ordered online or from flea markets. The only thing we regret is not having a video, but we just didn’t have the budget.” 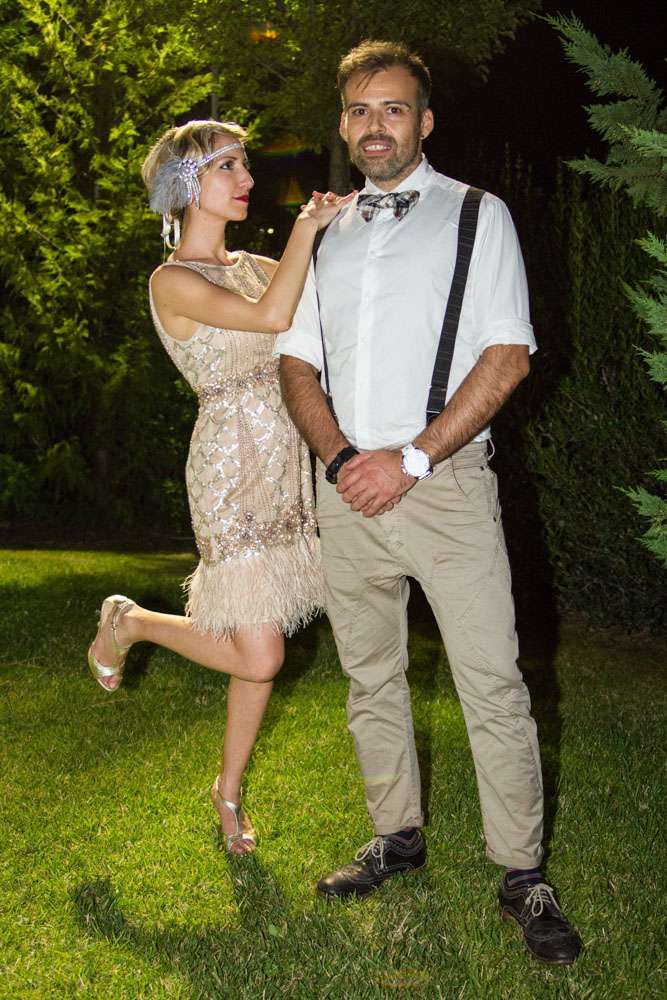 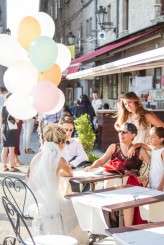 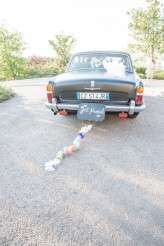 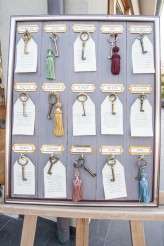 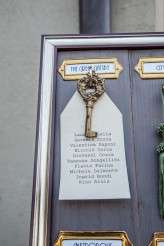 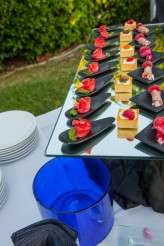 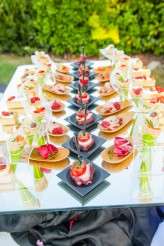 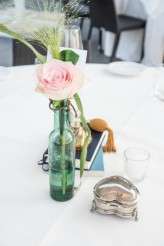 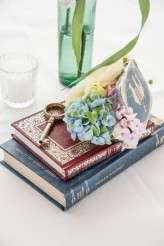 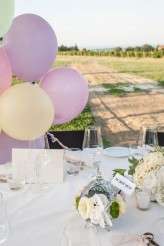 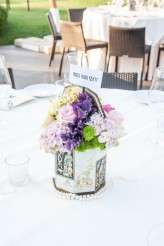 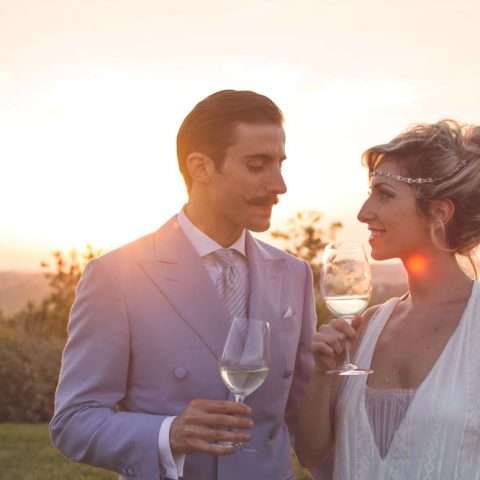 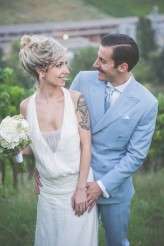 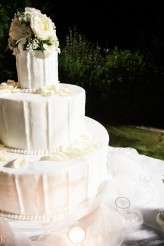 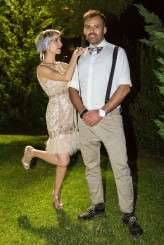