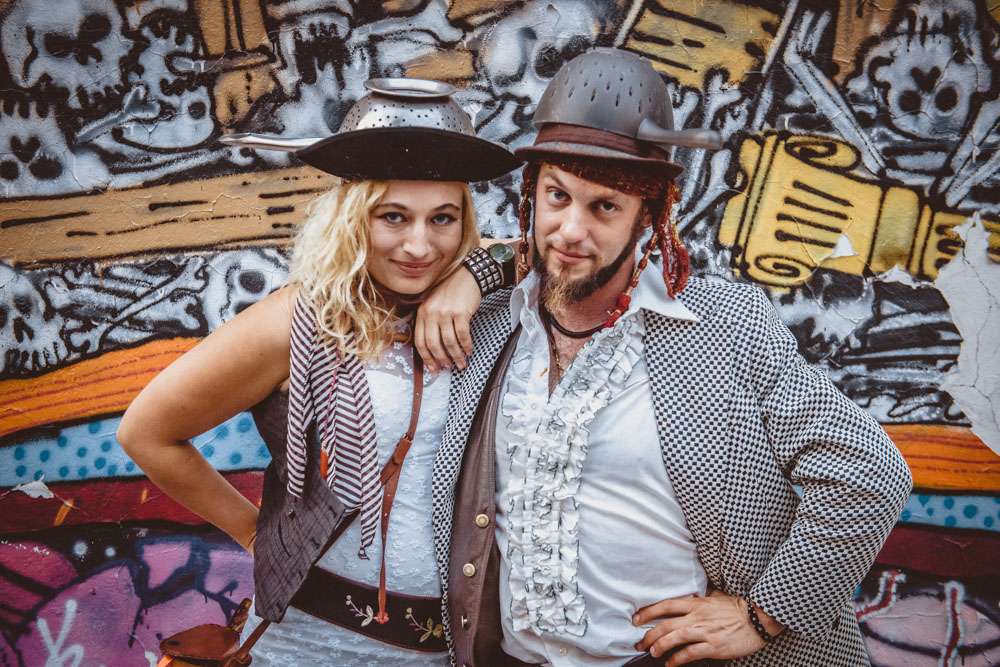 The massive variety of weddings that I get to feature is one of the best things about running this blog. I also love that nothing is off limits! A spaghetti themed wedding where the couple were married by a pirate in a courtyard in Poland? Oh go on then!

“My outfit was a too short white dress, and old leather belt which cost me 50 cents from a flea market in Morocco, stripy tights, cowboy shoes from Mexico and earrings and a necklace made from dried pasta and coloured with nail polish!”, began the Ola, the bride. “Aaron wore plaid pants, a ruffled tux shirt, a leather vest and a used car salesman jacket which all came from a thrift store. His belt was from Transylvania!” 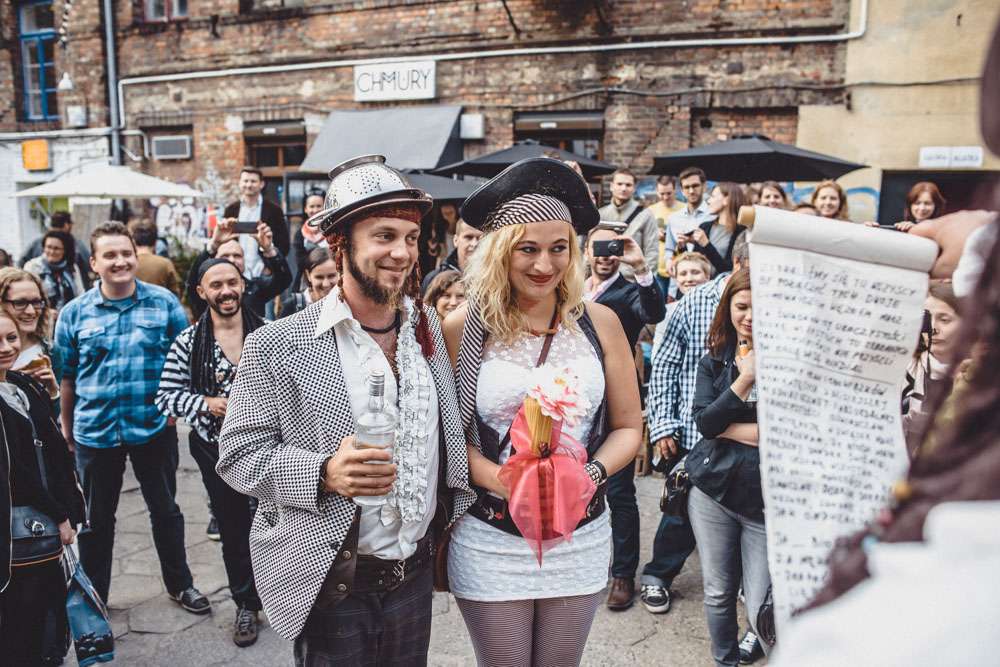 “My bouquet was made from spaghetti and we didn’t serve cake – just giant pots of spaghetti which we made ourselves! In terms of entertainment we had a gypsy folk band, ping-pong, alcohol, a friend doing henna and a spaghetti fight!”

“The Church of the Flying Spaghetti Monster has been trying to get official status in Poland and we were the first wedding of its kind in Warsaw”, she explained. “We were married by a pirate, while dressed as pirates, and people threw spaghetti. Then we ate (different) spaghetti. Other than that, it was perfectly normal.” 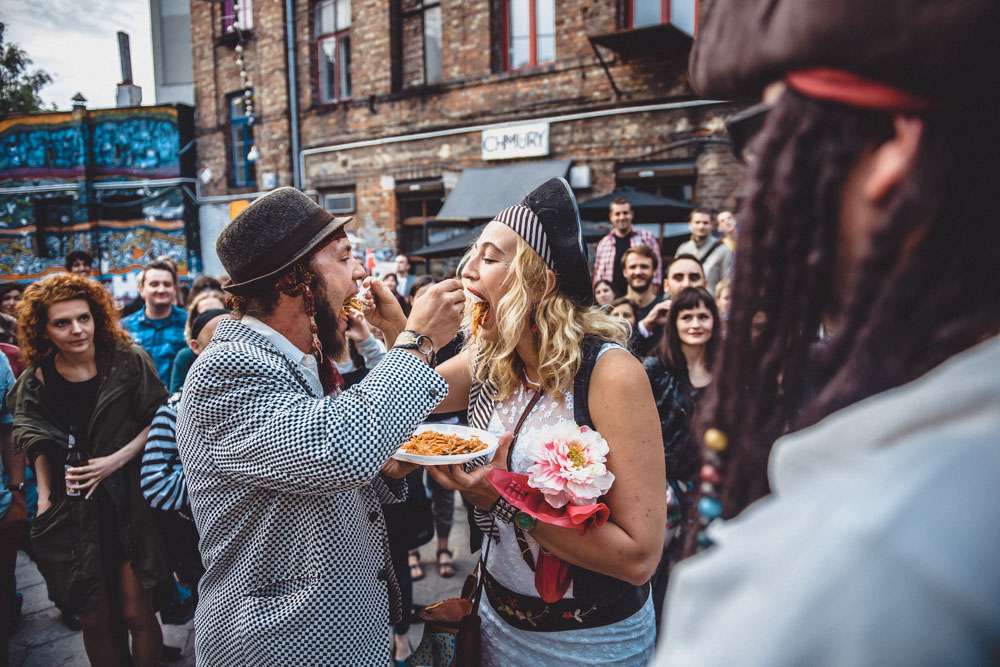 “Our advice for other couples would be to relax. No matter how seriously you take it, it is a ridiculous tradition. Just look at us! Our biggest expense was spaghetti and spaghetti is cheap! We only with we had more of it… and more beer. We spent about €20 on the whole day!” 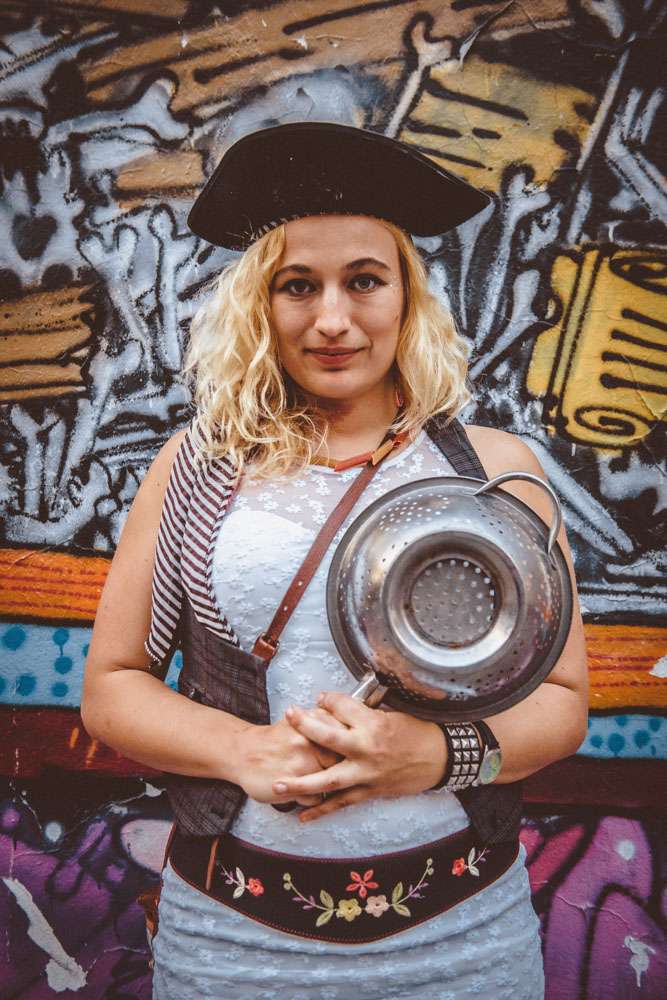 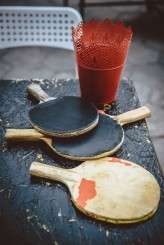 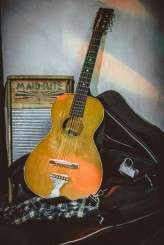 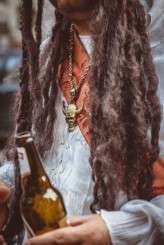 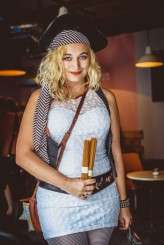 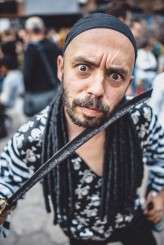 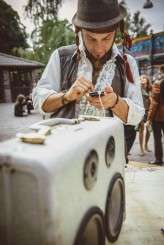 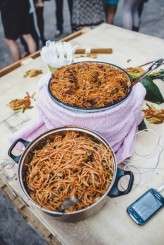 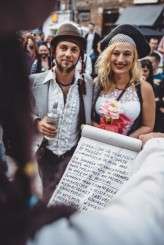 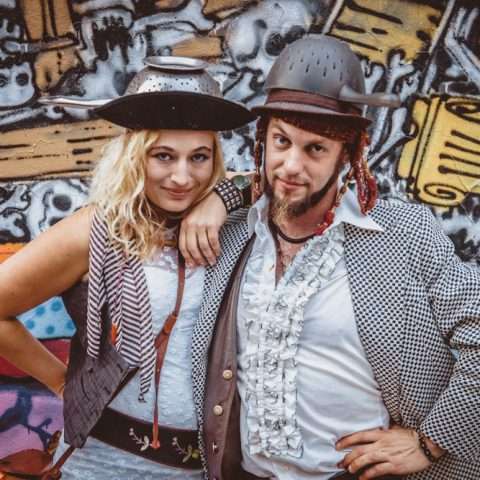 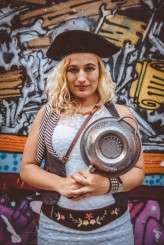