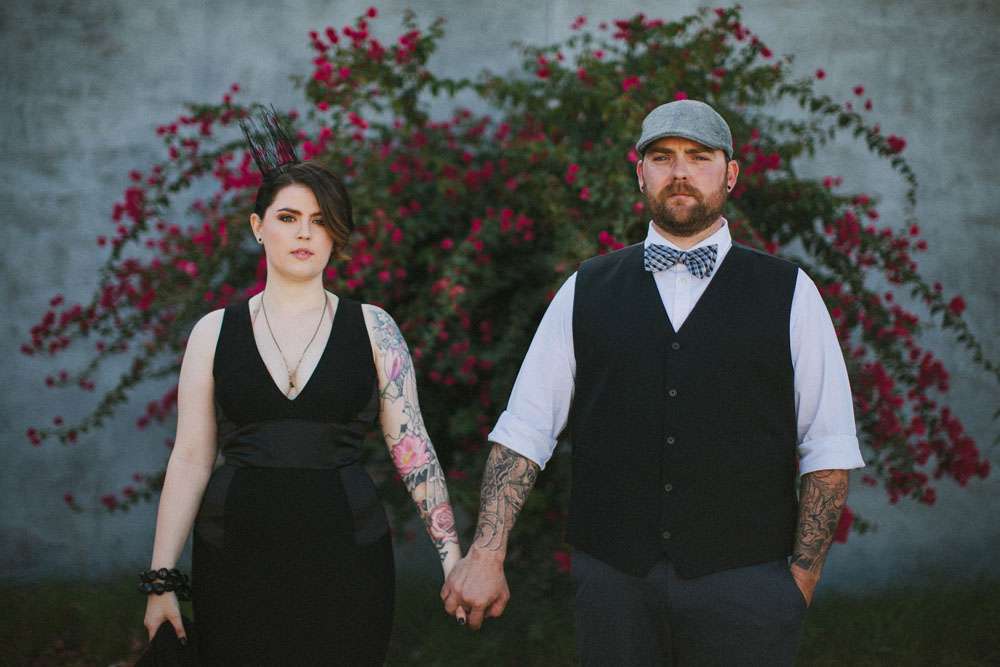 Amy and Earl were married at Legend City Studios, an art gallery in Phoenix. “We wanted our wedding to be one big Party”, explained the bride. “We went into the planning stage with one goal in mind. We wanted to have a wedding we’d love to attend. Our goal was to have fun and make sure everyone else had fun as well.” 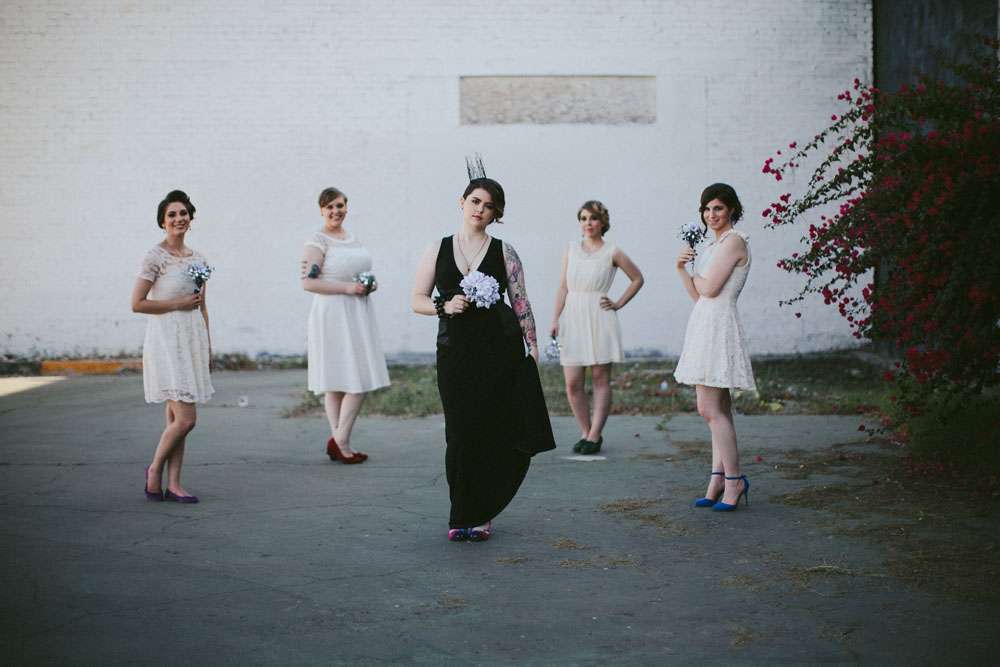 Amy wore a stunning black wedding dress which she had custom made by someone on Etsy (the seller sadly no longer exists) which she wore with amazing galaxy print shoes from Modcloth. Her bridesmaids were the ones wearing white! They all picked their own dresses. “The thing most people have pointed out was the black wedding dress”, she said. “I chose black for my wedding dress because I wanted something I was comfortable in, and I like the way I look in black.” 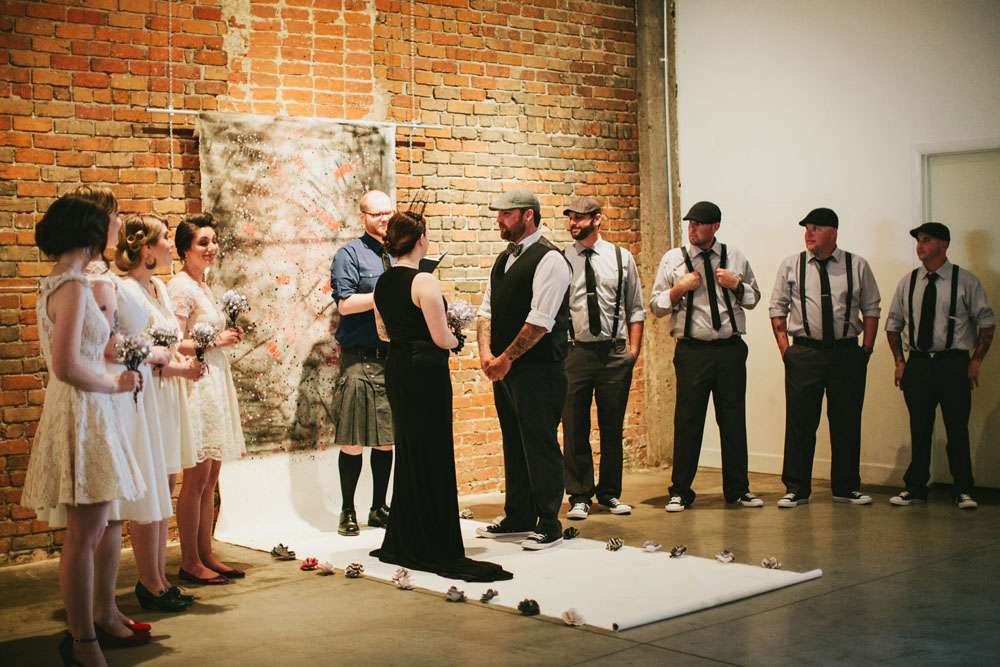 “The other things that guests commented on included the fact that our ceremony was only three minutes long and that we had a food truck to serve dinner! We also had donuts for dessert instead of a wedding cake. Another one of our favorite thing was the banner behind us at the ceremony that said ‘Fuck the world I’m hanging out with you tonight’ which is lyrics from a song by The Queers!” 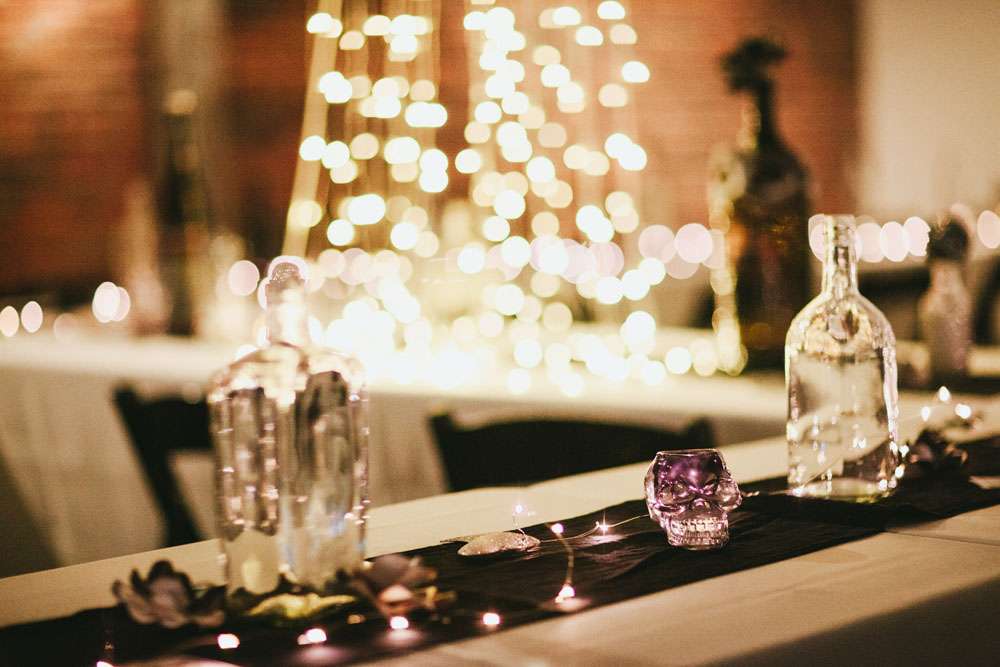 “Our biggest expense was our photographer”, she concluded. “When we met Galaxie, we were already pretty sure we were going to hire her because of her amazing images. Once we did, we had no qualms about spending over a quarter of our budget to get priceless memories of our day. However we saved money on all our décor and flowers (all DIY) and by having donuts for dessert. The décor was mostly found objects, or things we already had for one reason or another and could modify.” 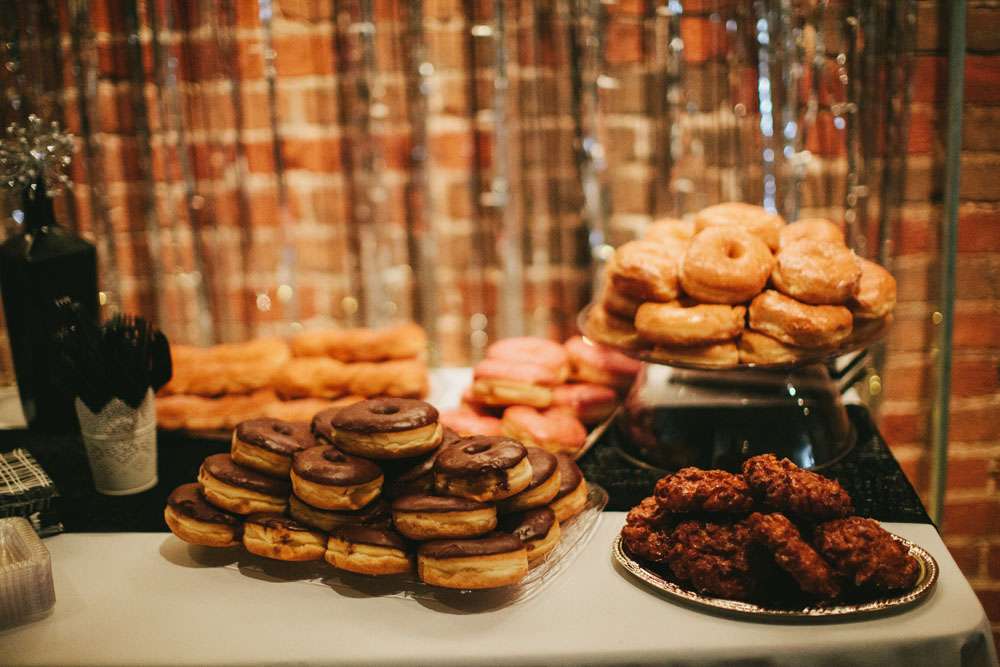 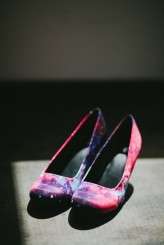 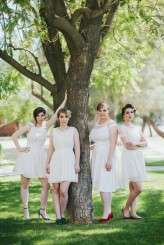 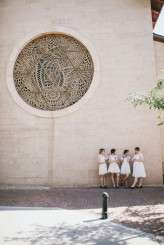 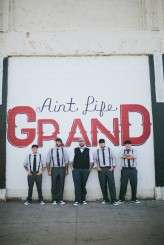 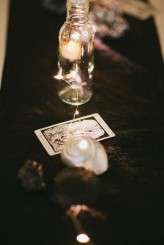 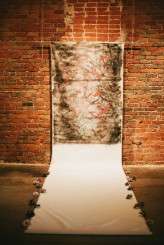 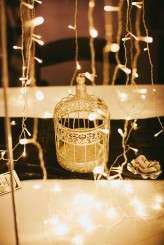 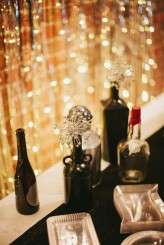 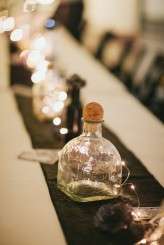 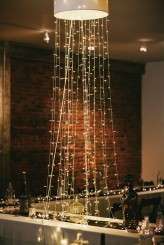 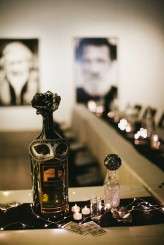 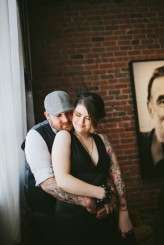 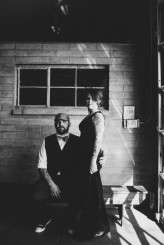 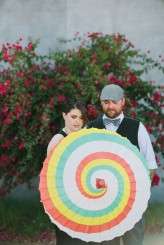 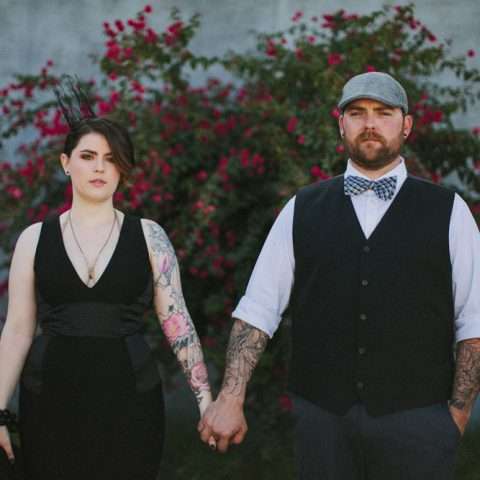 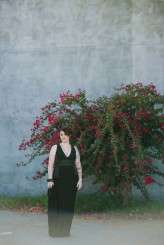 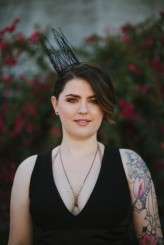 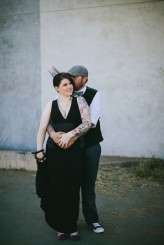 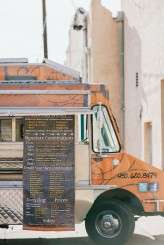 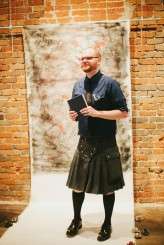 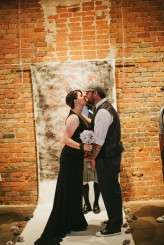