Amanda and James were married in Derry, Northern Ireland. The day started with the bride getting ready at her parents’ house and a catholic ceremony, but that’s where the tradition ended! Their reception, at Thatched Cottage in Craft Village, was a true reflection of them as a couple. Casual, laid back and thrifty. They spent just £1500 in total! 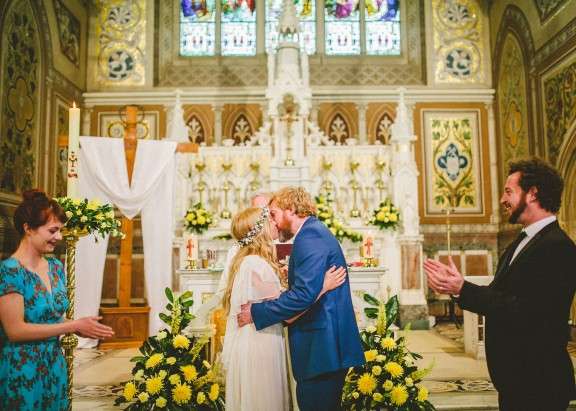 “Our wedding was bohemian, handmade and vintage inspired”, began the bride. “We didn’t have any bridesmaids or groomsmen (just two witnesses) and chose to keep thing as simple as possible. We wanted a low key wedding, something special and intimate to share with family and  friends… no fuss! We also wanted the wedding to reflect who we are and not get lured into the circus and stress that often surrounds weddings. We aimed to create an artistic, homemade, bohemian atmosphere.” 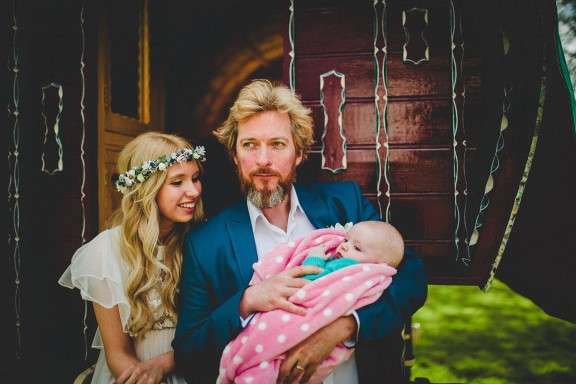 “We had handmade bunting, seat names made from parcel tags and recycled jars holding hand picked flowers on the table. A film montage of French 1960s new wave clips, which we put together ourselves, was projected on the wall.” 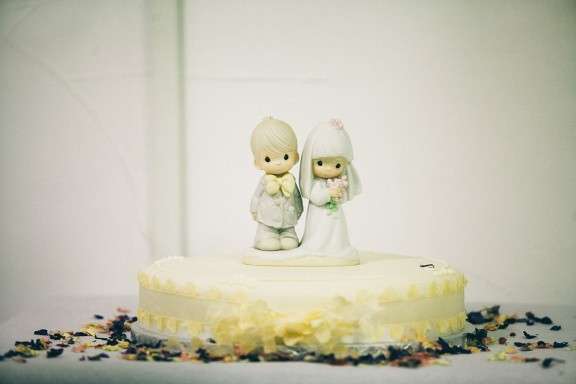 Amanda wore a vintage dress from the 1920s (which she found on eBay for £30!), 1950s vintage blue heels and a flower wreath in her hair. “One of my favourite moments from the day was jumping into a rapeseed field for the photos”, Amanda continued. “I also loved how much money we saved by not going the traditional route. We saved a ton by not have a hotel reception. We found a low cost venue and brought in our own caterers.” 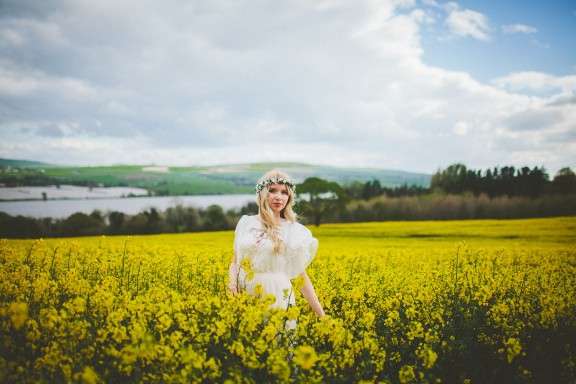 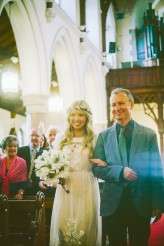 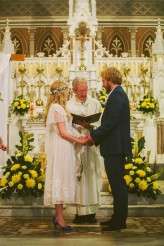 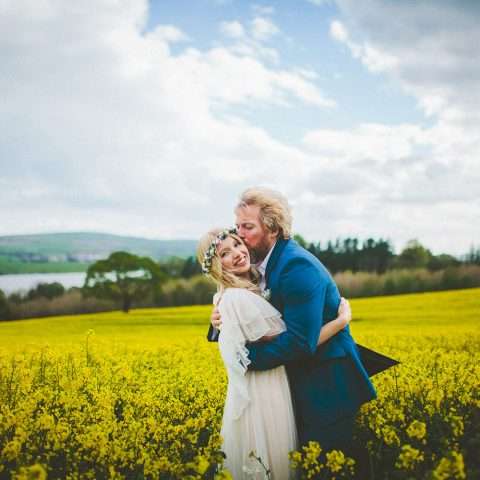 Jess & Martin's quirky wedding fills my heart with glee. It seems that these days, it's not the wedding details I'm falling in love with (although seeing the pretty/cute/alternative/awesome ideas that people come up with is ace) but the people behind them. How can you not fall in love with these two? "We wanted a relaxed, quirky and easy going wedding that was easy for most people to get to, so set it close to where we lived in Stoke Newington", Jess told me. "We love the funky yet friendly atmosphere of this area and are passionate about where we live."