I think Shannon and Jordy’s summer wedding might just be one of the prettiest I’ve ever featured. They kept things relatively simple, but it made for a really beautifully styled day.

“Jordy proposed on a surprise trip to Montreal with a beautiful custom ring that perfectly suits my minimalist aesthetic”, Shannon said. “Our wedding was intimate, industrial and a bit mid-century. We decorated the venue like we would decorate our home, and we ended up using some of our own furniture to set the tone.” 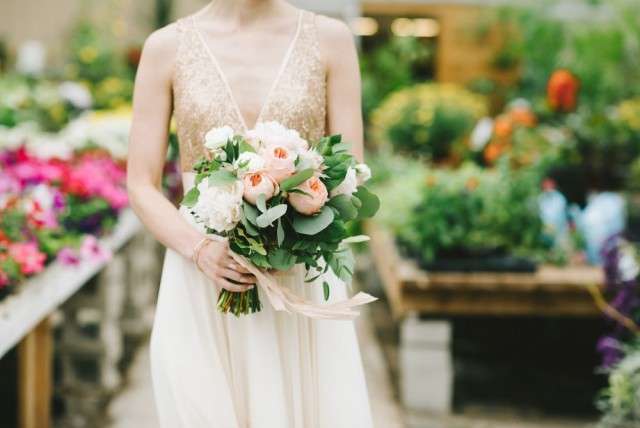 The day was held at Frame Arts Warehouse Winnipeg “Our inspiration was the beautiful warehouse buildings in Winnipeg’s historic Exchange District, which were originally built to store merchant goods during a boom period in the early 1900s. We work in the neighbourhood and we were excited to share one of it’s special spaces with our families. The exposed brick, heavy timber framing, high ceilings and big windows in the venue spoke for themselves and didn’t need much embellishment.” 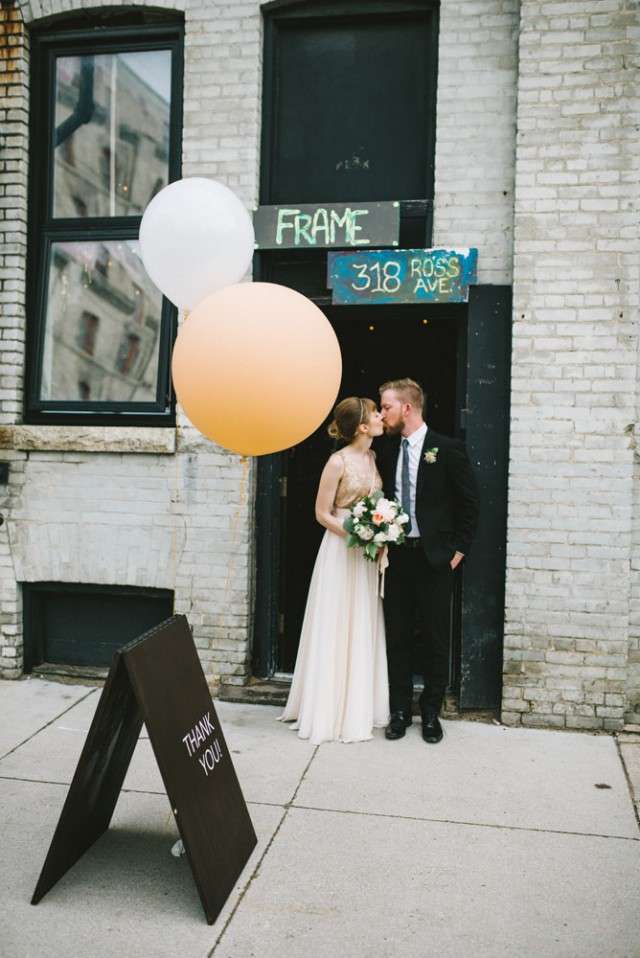 “We held our ceremony and reception in the same space with a cocktail hour in between to allow time for the change over”, she continued. “It kept things simple for our guests and meant all of the effort we put into decorating carried over for the entire evening.” 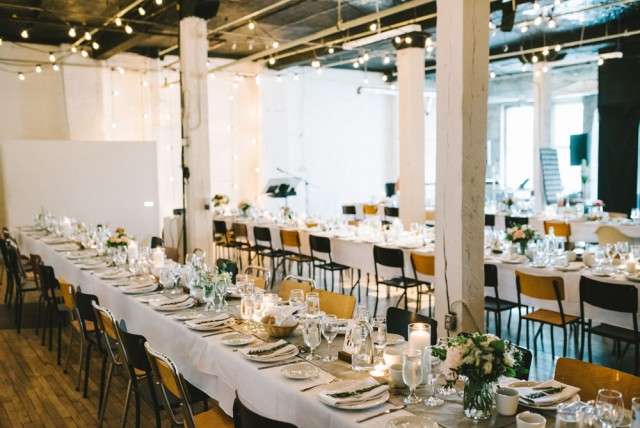 “We designed our own invitations and all of the signage and stationery. We made the invitations out of a mix of heavyweight letterpress cotton paper and grey linen card stock and incorporated some laser cut text so the background colour showed through. We also had a travel photograph from our trip to Norway printed on vellum and used it as a running theme for the invitation packaging, the programs and the escort cards.” 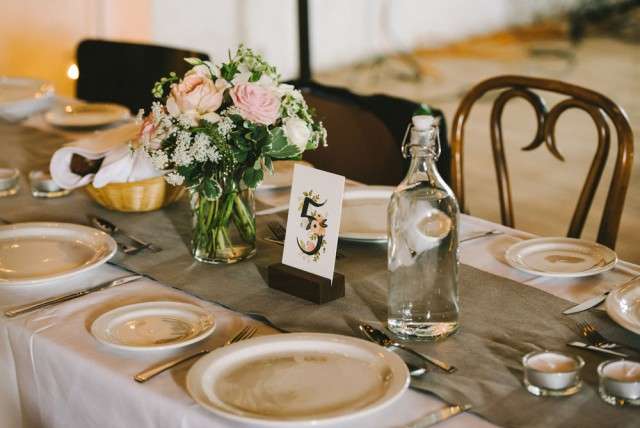 “One of the more ambitious DIY projects was the chairs. We really wanted something that suited the venue’s character, but rental options were limited. We ended up sourcing almost 70 chairs off of Kijiji (Winnipeg’s equivalent to craigslist) and storing them in our basement. We spent a weekend painting half of them and then mixed in some borrowed Eames chairs to complete the eclectic look.” 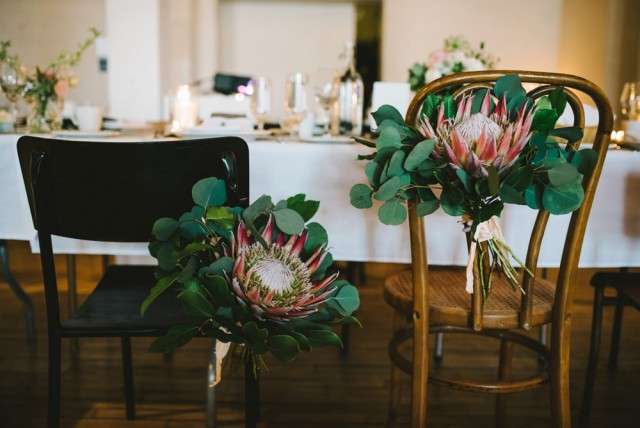 “From the beginning our goal was to try to keep everything as simple as possible by focusing on the basics”, she concluded. “For us, those basics were really good food and a great band. By focusing on those goals it became easy to know when we had made the right decision. My advice to other couples would be that if you live in a place with unpredictable weather, I would also recommend backup locations for photographs. There was a thunderstorm when we were planning to take outdoor photographs so we opted to head to a local greenhouse so we’d still be able to have some flowers in the background.” 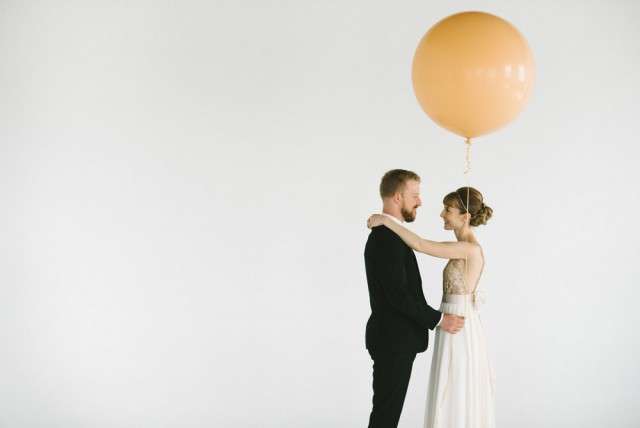 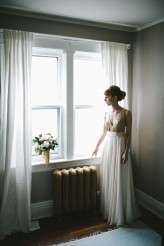 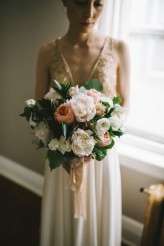 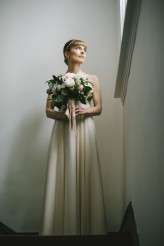 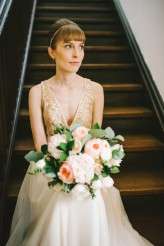 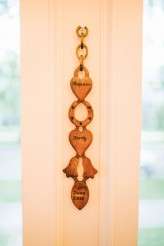 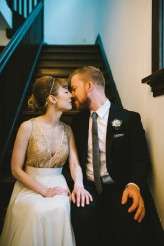 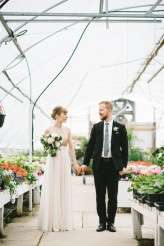 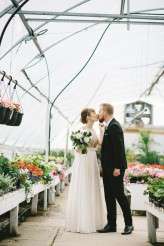 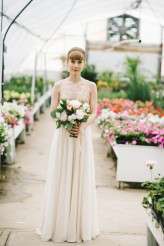 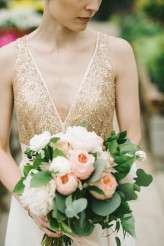 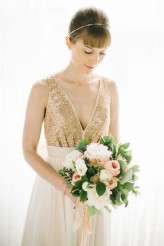 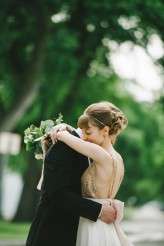 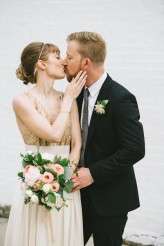 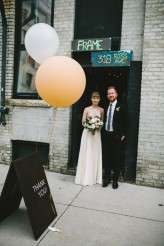 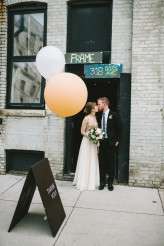