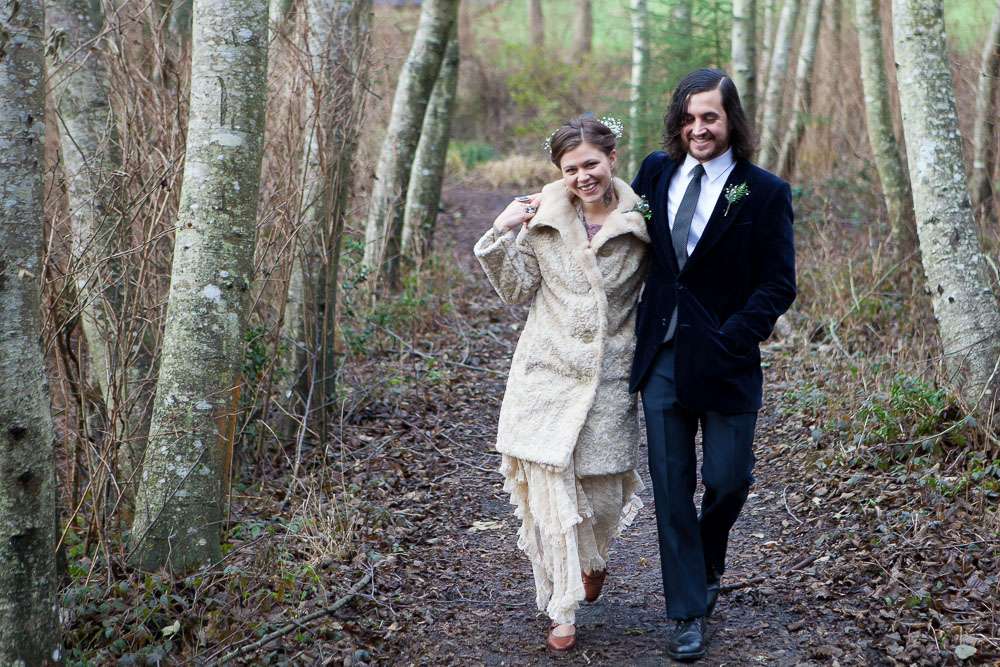 Emily and Bernard were married at Doe Bay Resort on Orcas Island in Washington. They wanted an intimate, special day and didn’t want to spend a lot of cash so they also thrifed wherever they could. Emily’s dress was by Free People, her shoes were from Goodwill and her jewellery was all vintage. Bernard’s outfit was also second-hand and all the flowers were picked from a nearby wood! 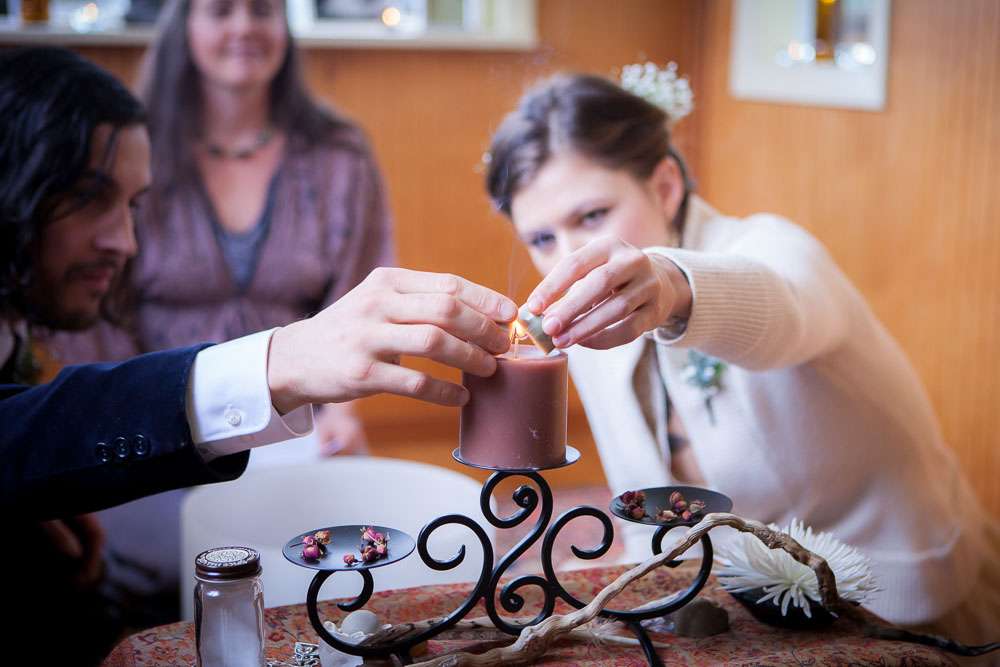 “We wanted the ceremony to reflect our natural and spiritual beliefs”, wrote the bride. “We made an alter of little things that are special to us: our dog’s collar (who is no longer with us), dried rose buds from my Grandmother’s youth, and a photo of us and our daughter. I also made all the flower arrangements using plants and flowers from the area.” 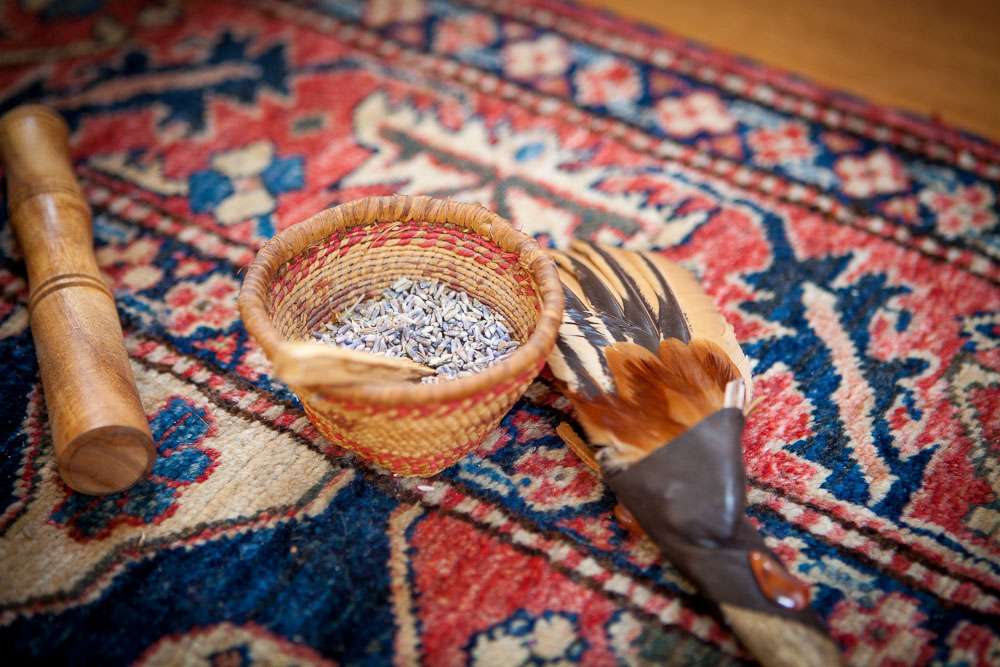 “The people who were there to celebrate with us really defined our day. The only thing we wanted to spend money on was a photographer, as we wanted to ensure we could remember the day forever.” 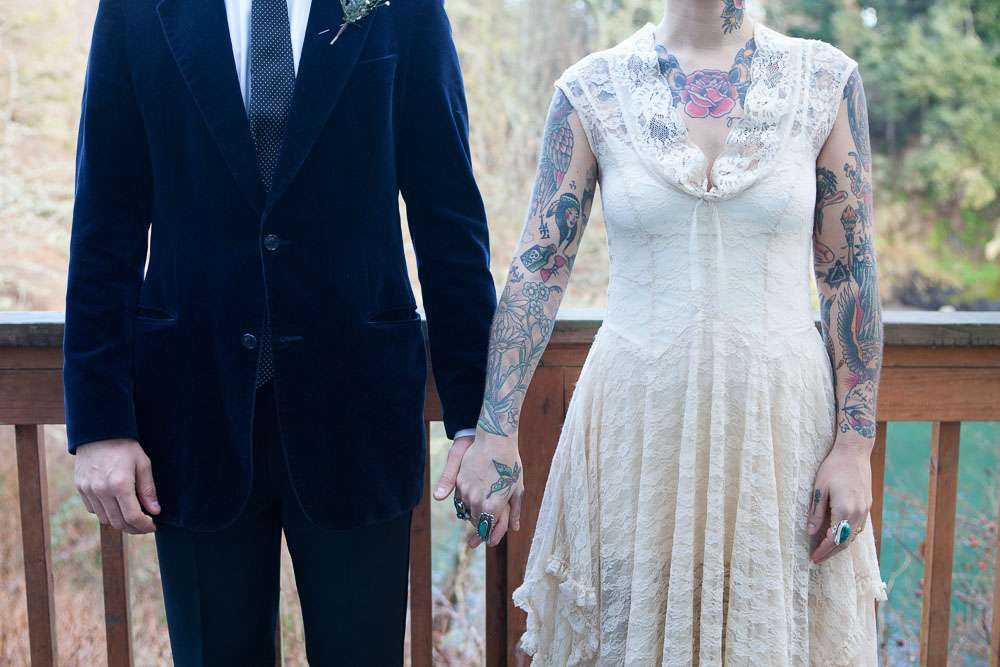 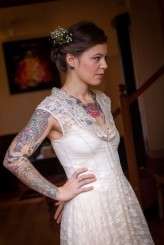 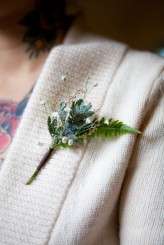 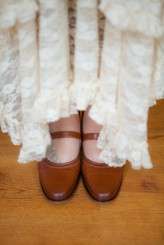 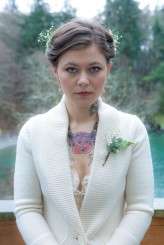 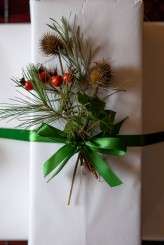 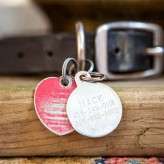 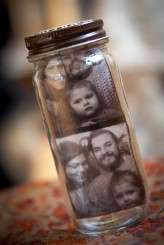 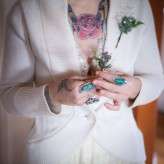 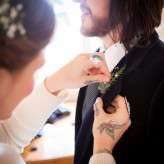 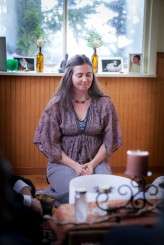 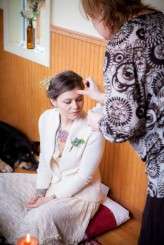 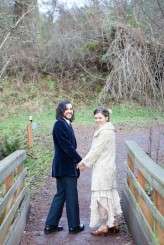 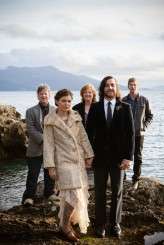 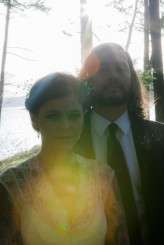 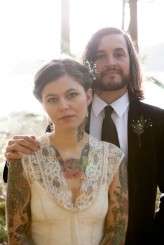 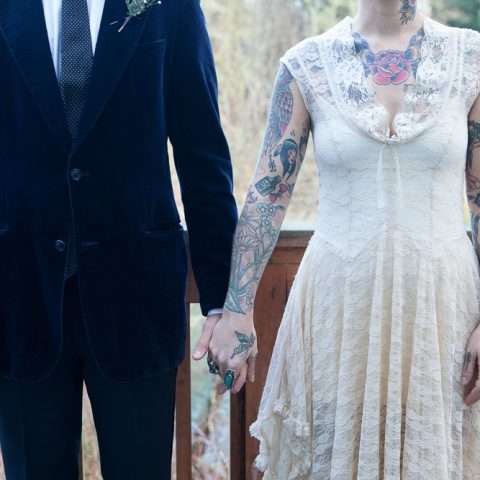