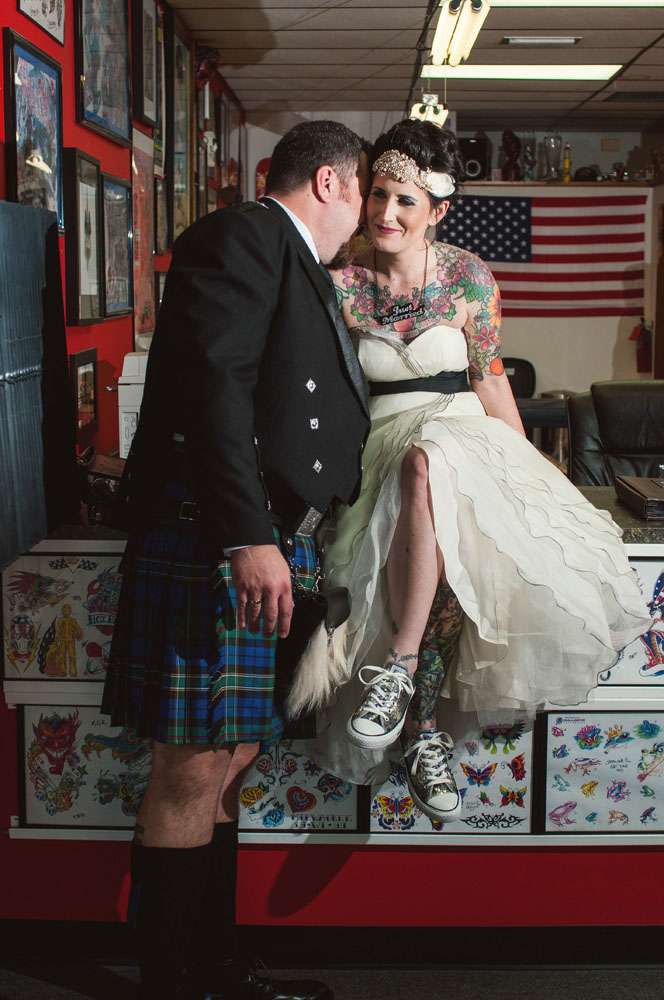 A bar brawl at a wedding isn’t usually something I’d encourage, but that’s exactly how Sarah started to tell me about her Irish pub wedding! The event took place in The Fly’s Tie Pub in Atlantic Beach, Florida.

“Devon is of Irish descent”, she began, “and I am from New Orleans. Since we couldn’t afford a destination wedding in either location, we decided to keep the wedding local but have a Celtic and Creole ‘fusion’ inspired day. We chose March 15th because it was a weekend between Mardi Gras and St. Patrick’s Day!” 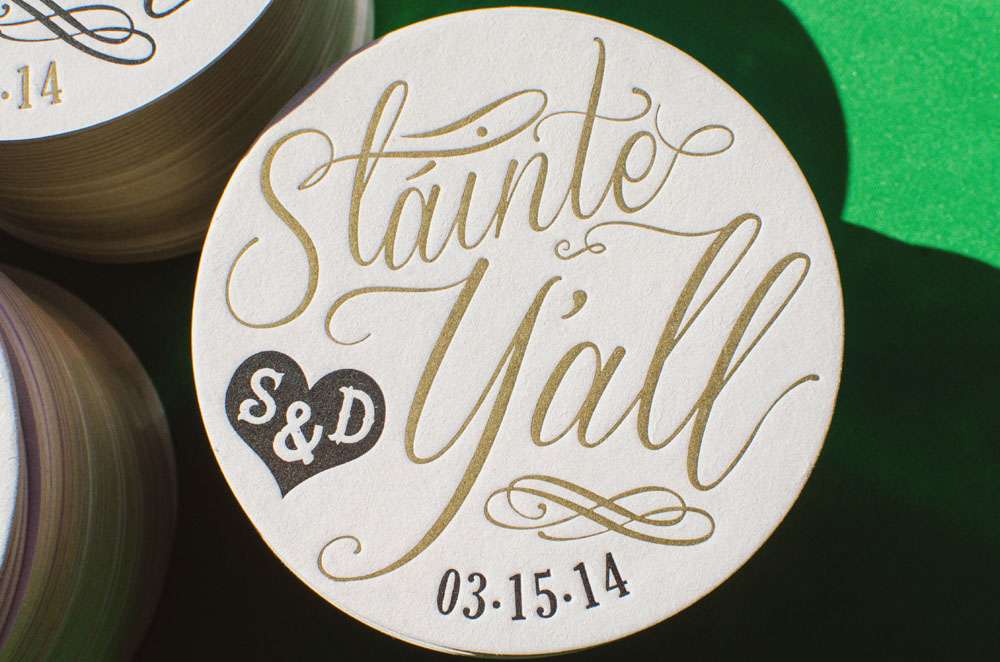 “Instead of a tiered white cake, we had a tower of beignets (creole doughnuts) and instead of cutting the cake, we poured an Irish whiskey caramel sauce on top. Some of the other items on our menu were corned beef and cabbage po-boy sandwiches, low country boil including Louisiana crawfish and local Mayport shrimp, and Irish soda bread pudding. We didn’t really get too bogged down by details, but the details we did pick meant a lot to us. The main color accents were black and gold, which are New Orleans Saints’ colors as well as the colors of Devon’s college fraternity. Our handfasting cords reflected the colors in Ireland’s flag as well as the Hash House tartan.” 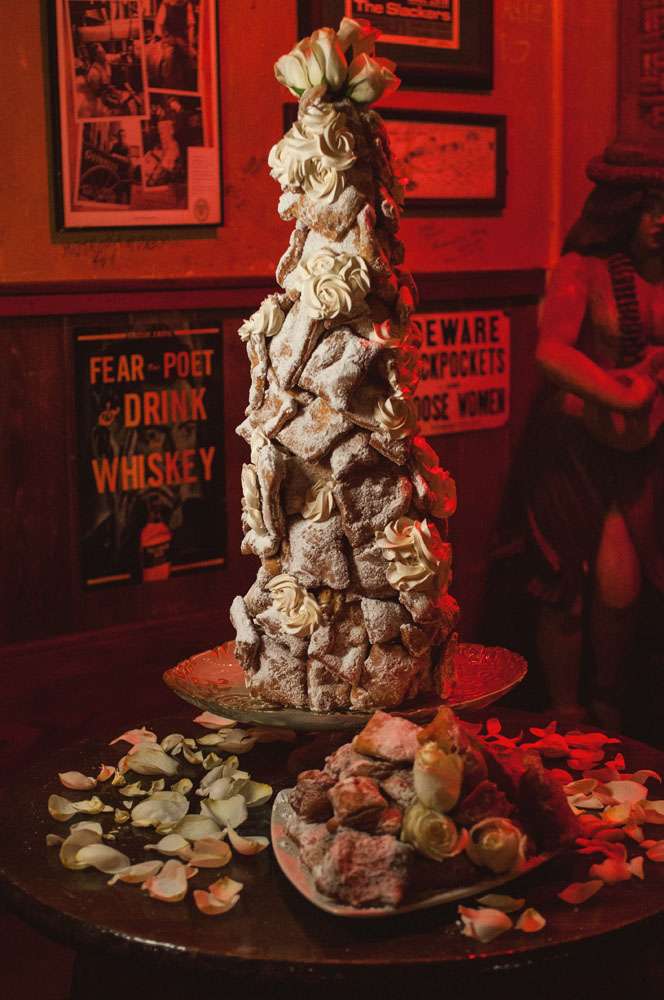 “When we started talking about getting married, we were originally going to elope right after I moved to Florida to be with him”, Sarah continued, “so there was no proposal. Instead of him giving me an engagement ring, we both got coordinating rose tattoos based on a painting I did. We decided to approach the day from a perspective of ‘let’s plan a party where we also happen to get married’ rather than ‘let’s plan a wedding’. This is what made the difference for us, because we didn’t feel like we had to follow someone else’s blueprint for our day. Everything was carefully chosen, so anything that didn’t appeal to us was omitted entirely.” 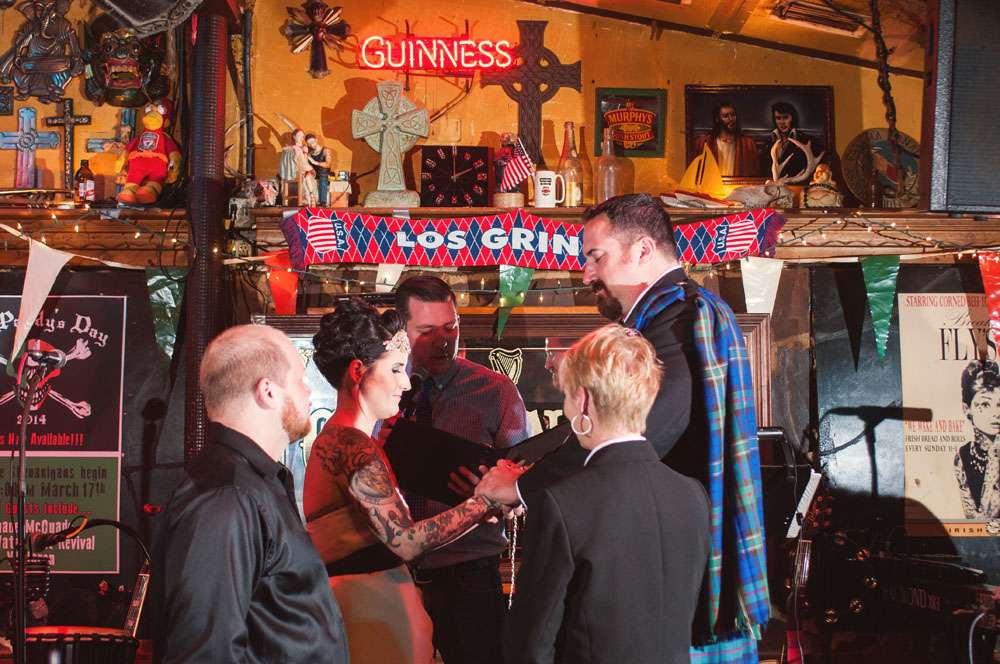 “Since we had our wedding during the afternoon, the bar would still be open to the public for regular evening hours. This allowed us to extend additional invitations without worrying about cost. We kept the reception small (less than 100 people), and invited additional friends to show up after 5pm. Having an ‘after party’ was a great way to compromise between doing our wedding on a budget and being able to see all our friends. Folks who came for the ‘after party’ simply paid their own tabs.”

“I didn’t want a bouquet or garter to toss, so we had our guests fake a bar fight instead!” she laughed. “By this point everyone was pretty drunk so they got REALLY into it! I can’t look at the photos without laughing!” 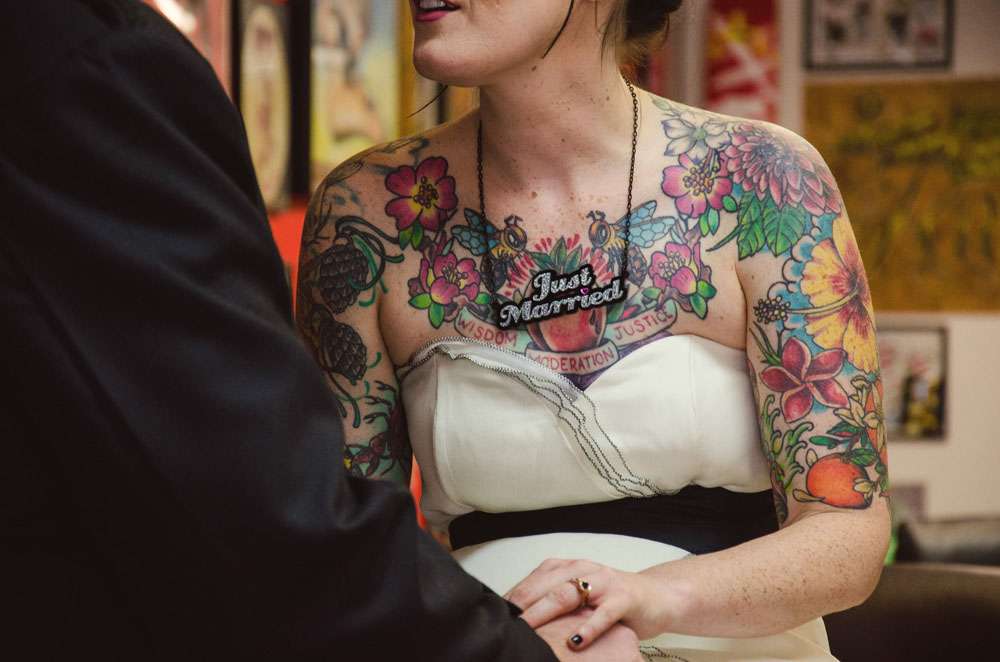 “Our biggest expenses were the photography, the food and drinks – both ended up being about half the budget each! We decided that these were the things thing that mattered most and basically got rid of everything else. Our photographer also got pictures of things we don’t even remember happening. We also figured nobody would complain about ‘too much’ snacks or booze. We actually had so much food that we were eating wedding leftovers for a solid week afterward!!”

“We decided that ‘because wedding!’ was not a valid reason for buying something, especially if it was super expensive and not necessary (food = necessary, flowers = not). We made all the invitations ourselves and picked a location that doesn’t specifically host weddings on a date that wasn’t during prime wedding season. I didn’t want an engagement ring, and we purchased our wedding bands from family friends/independent jewelers. I got my dress online, on sale for about half off retail price. I knew I wanted to completely skip the whole bridal salon experience too. Ordering online was hassle-free, I saved money, and I didn’t have to talk to pushy salespeople or even put pants on.” 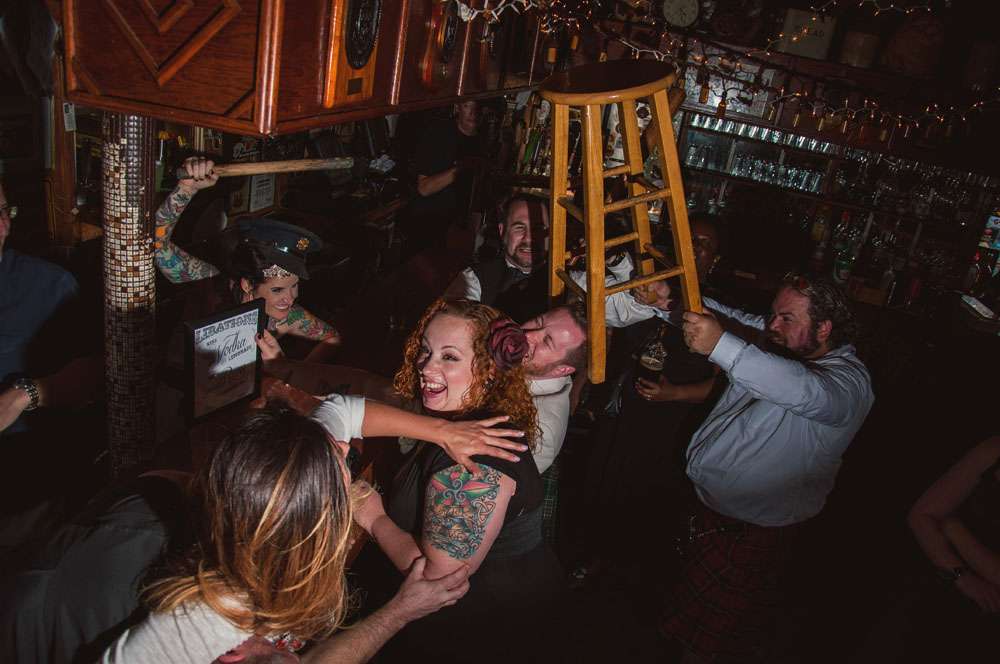 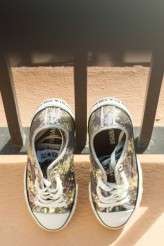 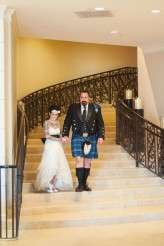 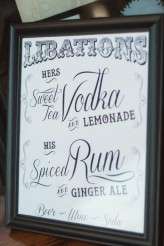 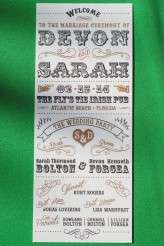 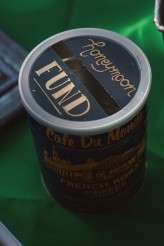 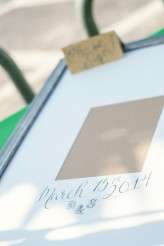 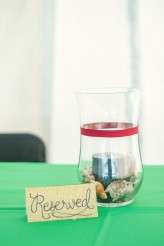 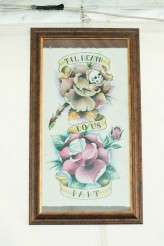 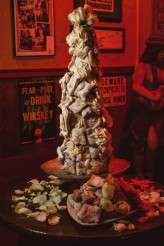 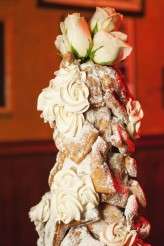 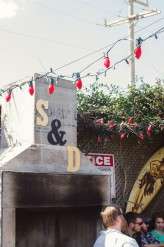 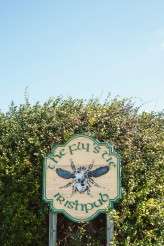 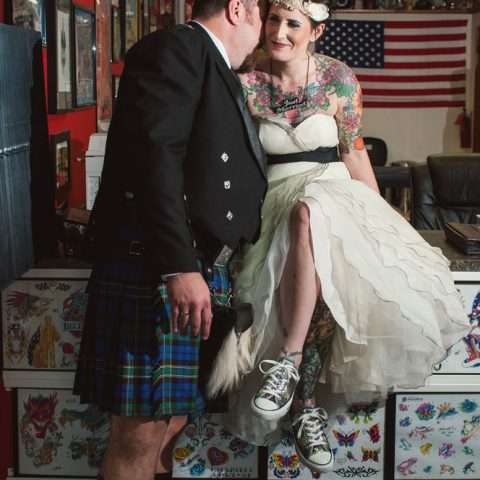 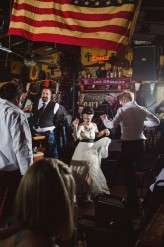 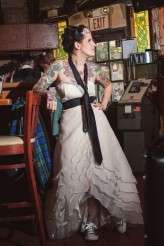 Deanna and Mike were married in an art gallery in Calgary and their reception was in their favourite pub. They wanted their day to be fun for themselves and their guests so they kept things relatively simple, with minimal decorations, and just focused on the stuff that really mattered to them.

The gorgeous, heavily tattooed Jacinta married Paschal in July in Ireland. "We met through music and going to festivals", wrote the bride. "This is where the inspiration for the cake topper came from as we were known as 'two peas in a pod' because we were so similar. It was more about our mutual love for music at that stage, but soon a fabulous romance blossomed."

A House of Mooshki wedding dress, Irregular Choice shoes, and an Alice in Wonderland theme... Yep, I'm pretty sure you're all going to adore Craig and Alice's wedding! They were married on Friday 13th November in Northern Ireland.