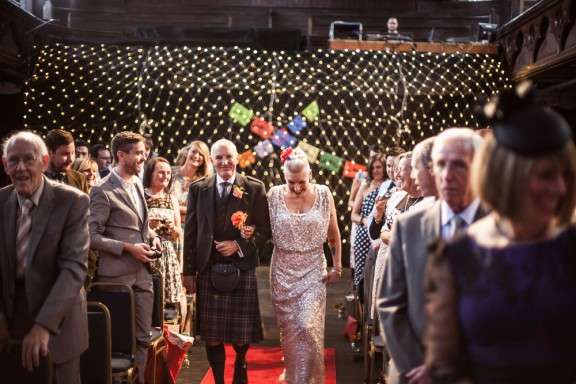 “We basically planned the wedding before we let anyone know we were engaged!” began Ellen. “We wanted to know we could do what we wanted before deciding on a big wedding. We had looked around a lot for a good venue, with no joy until we found Cottiers. We wanted somewhere laid back and relaxed, where we could choose how to do things, not have things follow a proscribed pattern. Cottiers had only just started doing weddings and were very open to our ideas. Obviously the setting is absolutely stunning, but it was the relaxed vibe that was most important.” 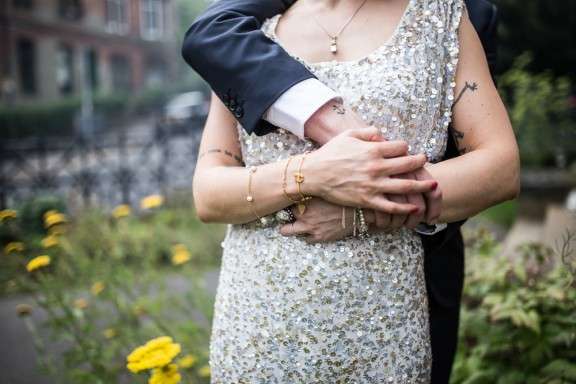 “Having a BBQ for food and outdoor space added to the chilled out feeling. The Rock n Roll element was definitely added by the music. From having Glasgow’s best funk and soul DJ to The Meatmen performing live, we also had friends perform songs in the service – Buddy Holly, Lord Tanamo and The Detroit Emeralds – and my sister’s reading was ‘Reach Out, I’ll be There’.” 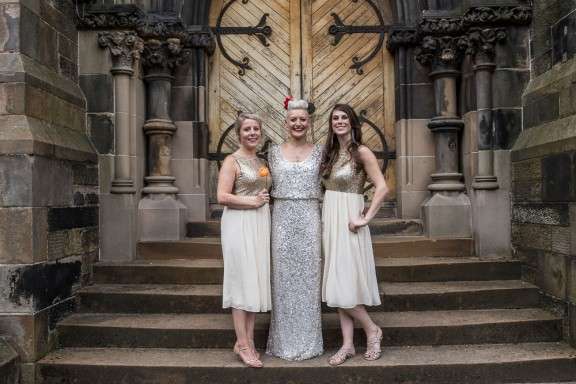 “One of the best things about the day was having kept the ‘walking down the aisle’ music a secret from Rory”, she continued. “He thought he knew the song to expect – a cover of Elbow’s ‘One Day Like This’ by The Big Ghana Band. So pretty slow and dreamy. I had always planned to use Edwin Starr’s ’25 Miles’ as it’s got a lot of meaning for us. It’s also really upbeat and would set a good tone for a celebratory day. I thought it would be good to keep it as a surprise so when Rory heard it, he would get it and find it really funny. He did get it and he did love it. So much so that as I was laughing my way down the aisle, he was crying!” 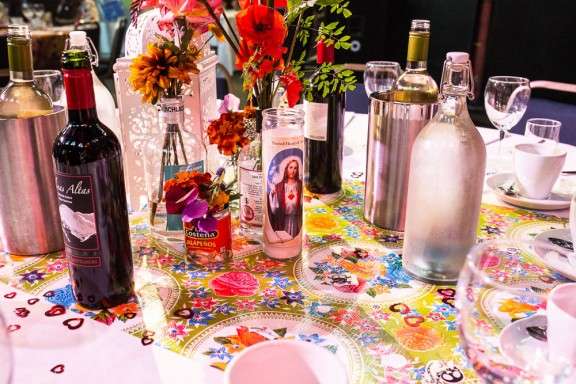 “It sounds cheesy, but it really was the best day we could have dreamed of”, she concluded. “All our friends and family in one place having a good old knees up! All our pals and family got on and the kids had a riot, loving the band. The fact that my (very traditional) mum enjoyed it so much is testament to what’s really most important at a wedding!” 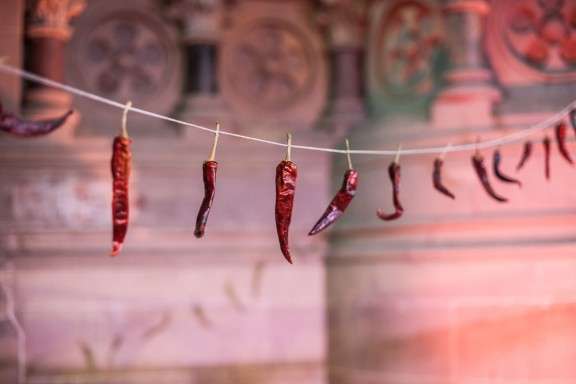 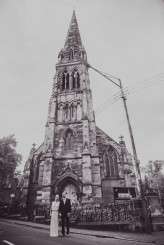 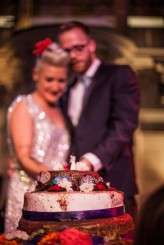