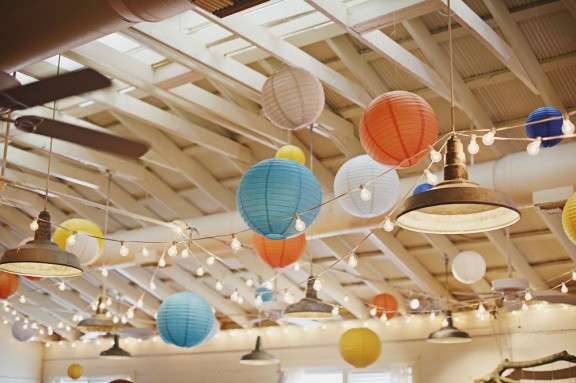 “Marc and I like to have fun and like old stuff and nature”, began Alisha. “So, we included things in the wedding that we already had – an old typewriter, family photos, old suitcases and a mounted deer head given to Marc by one of his students years ago… which I don’t think you’ll see at every wedding! Also, we picked up a lot of stuff from Goodwill, such as the books on the tables, a lot of the frames used, little knick-knacks. Marc has an obsession with knives (they are scattered all over our house), so we used one of his absurdly small knives to cut our cake.” 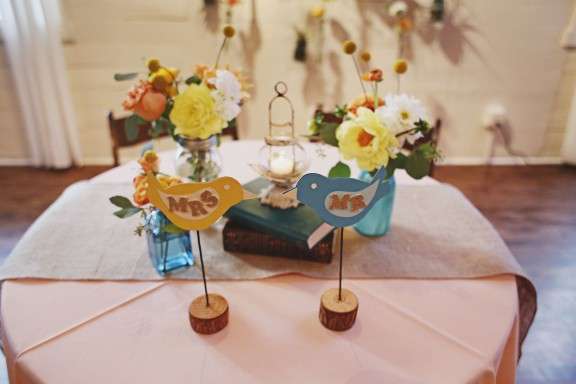 “We had Marc’s uncle ordained through the Universal Life Church (which you can do in a few minutes online) so he could marry us. We  basically tried to make the wedding a representation of us; nothing too fancy or uptight. We also like having our friends around, so we rented a house for the weekend so we could all stay together.”

“Marc and I made our altar together”, she continued. “We cut down a branch from his parents’ backyard and used chain to hang little colorful vases and blue mason jars from it at different lengths. We then put fresh flowers and plants it the vases/ jars for the ceremony. We plan to hang it up at home as well. It turned out really well!” 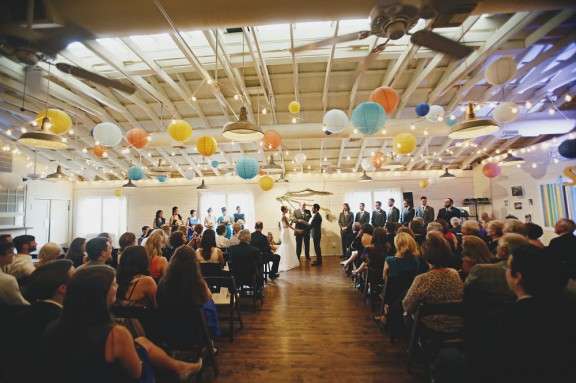 “I believe our biggest expense was the food, but it was actually very reasonably priced. It was super delicious! And we saved money on our alcohol by purchasing it through a local liquor store instead of buying it from the venue, where they really jack up the prices.”

“Don’t let anyone tell you that you ‘need to do this’ or have to do that'”, she concluded. “It’s your wedding, do what you want! At the same time, don’t hesitate to ask friends and family for help. Wedding planning can be pretty stressful and time consuming.” 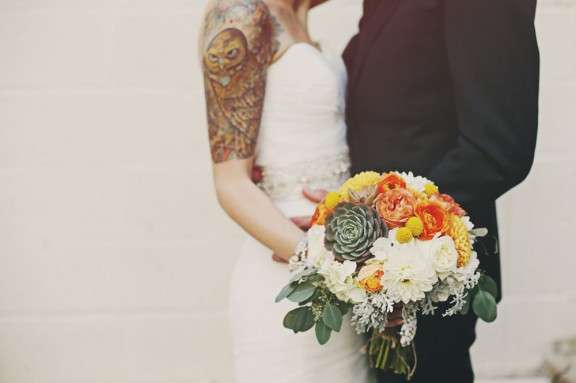 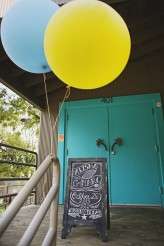 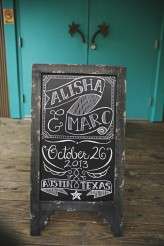 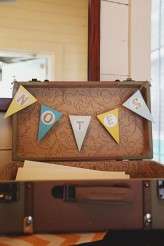 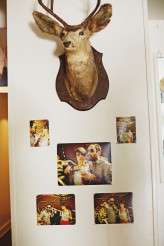 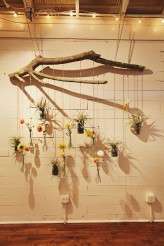 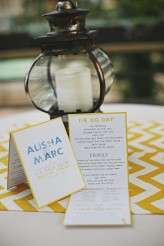 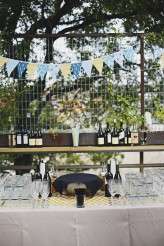 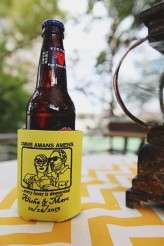 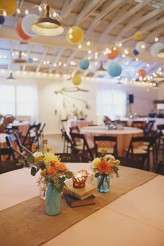 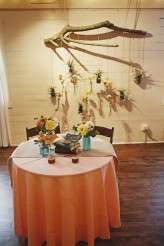 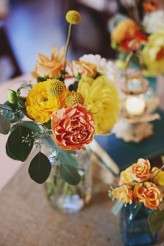 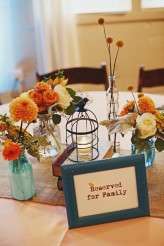 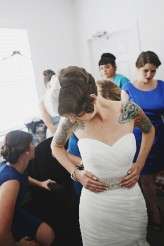 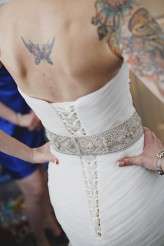 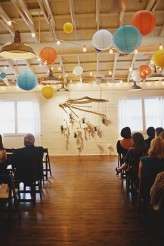 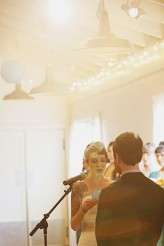 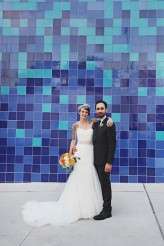 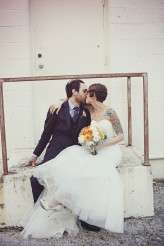 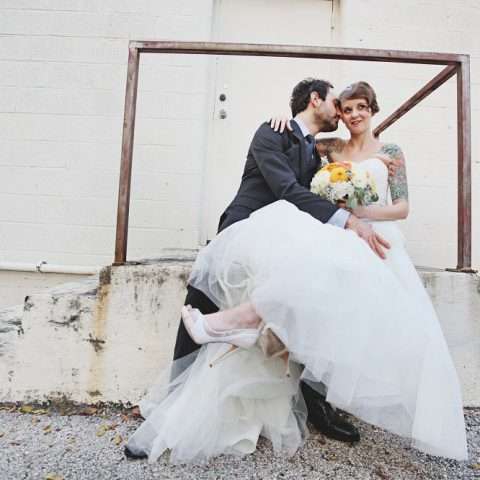 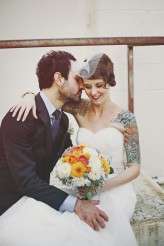 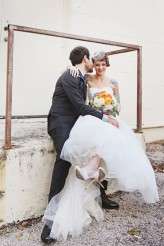 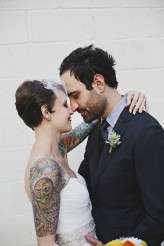 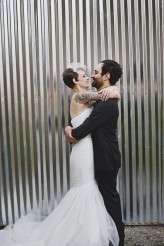 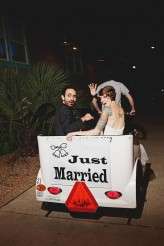 Emma and Rayner's wedding theme started out as 'vintage sunflowers and hot air balloons', which quickly expanded to include rainbows too. The whole wedding was DIY and was full of activities for their guests and little nods to all the different things they both love.