“The inspiration for our wedding started with a vintage feel”, wrote Corey. “We knew we wanted a Texas wedding with traditional Texas food (BBQ!) so we opted for a somewhat vintage look with a backyard twist. We wanted to put a lot of personal touches on the décor and thanks to Pinterest and a willing bridal party, we ended up with a spectacular event.” 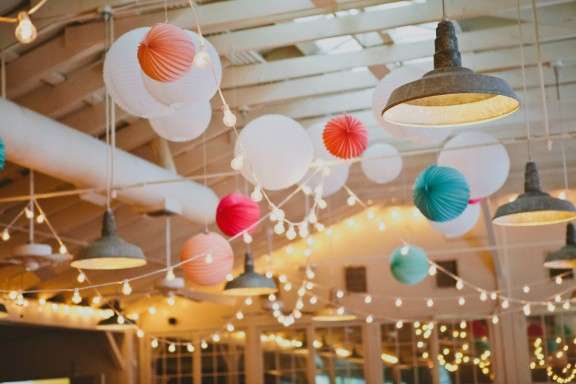 “The backdrop was definitely a labor of love. It involved hours upon hours of ‘fringing’ colored crepe paper, but it was worth it and turned out lovely. We knew we wanted bright colors as well, so after some time debating we settled on fuchsia and aqua. We ordered tissue paper pom pom flowers and lanterns from Amazon to put the finishing touches on our beloved back drop.” 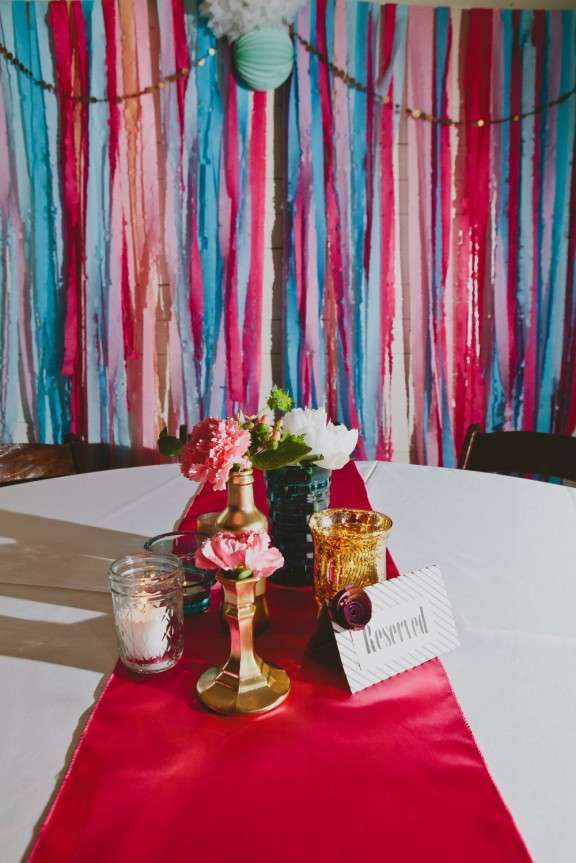 “Xavier created the programs and my maid of honor helped me to create the paper flowers that we wrapped around each program with twine. We collected jars, vases, and various objects from thrift shops and household items to go on the tables, and the florist, Sheree, did an amazing job with the flowers. Our cake topper was also a main attraction for us, and since we already have a 5 year old daughter, it was essential that she was included. She is the focus of our lives, so we had to represent that in some way and now we have an awesome keepsake to remember the day.” 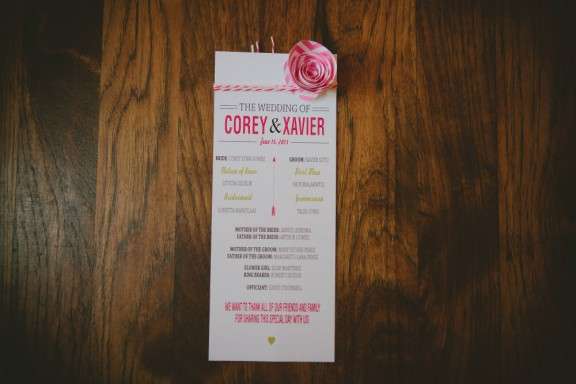 “Our wedding was in the summer in Texas, and one of the most important things for me was to have an all indoor wedding so that people would not suffer in the outside heat, and selfishly so that I didn’t sweat off all my make up!!” she laughed. We spend the most money on the venue and alcohol! We wanted to provide it for our guests as well so that people would not have to worry about their own budgets and could focus on having a good time. However we saved money by not having a completely open bar. We served two types of drinks –  his and her style and beer and wine. This way we limited the types of alcohol we purchased and were able to save a little this way. I also thought it was a charming idea.” 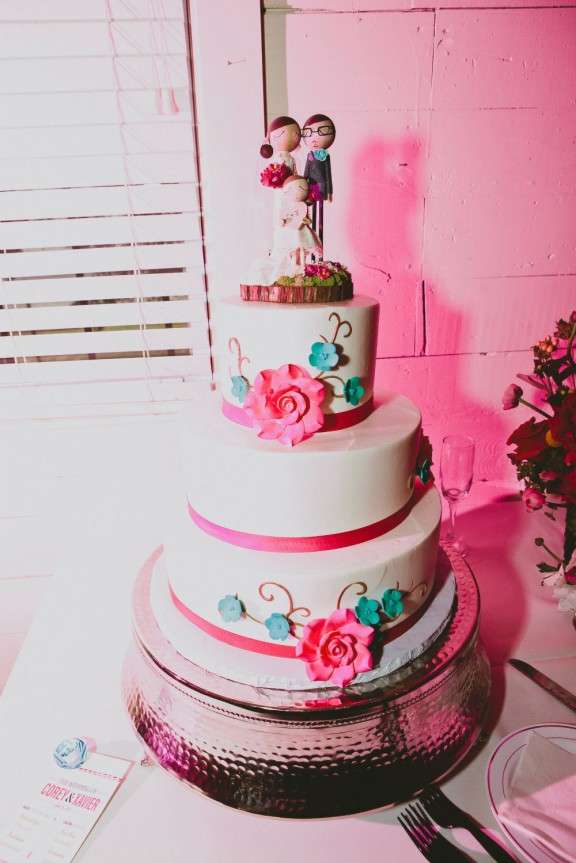 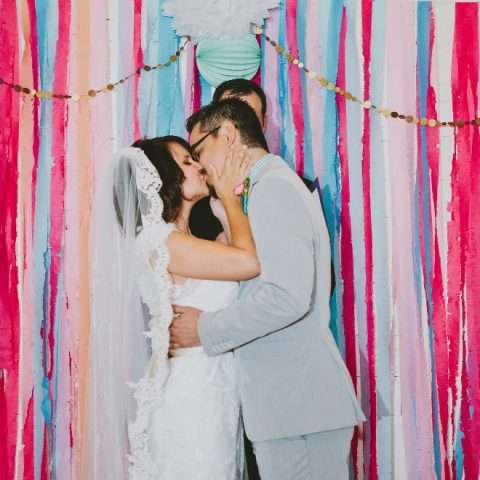 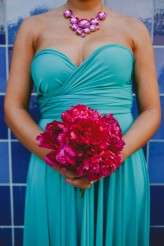 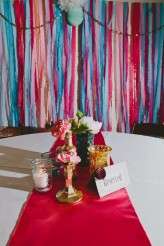 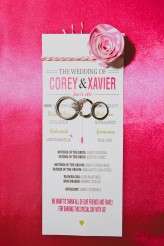 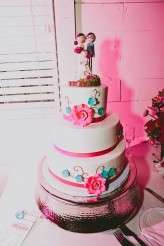 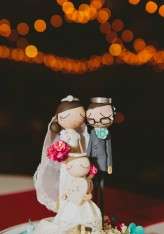