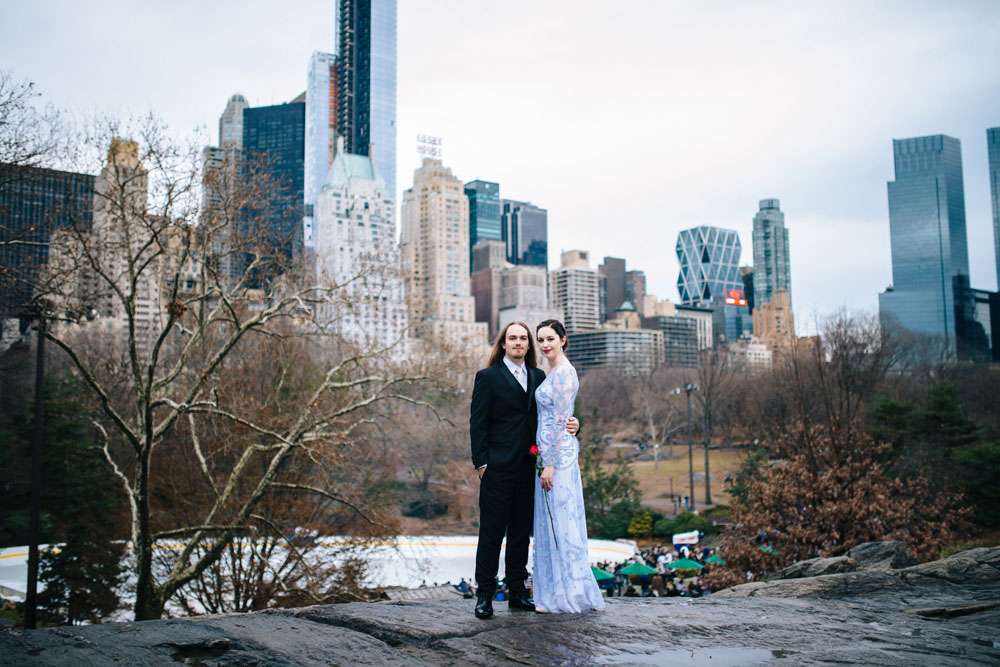 Kirsten and Gareth were marred at Wagner Cove in Central Park. They decided to skip the big wedding, choosing to say “I do” while on holiday in the USA. Kirsten’s incredible blue dress was from Temperley London.

“We met in 2008 at a mutual friend’s birthday party and went on our first date to a sushi train a couple of months later”, explained Kirsten. “Gareth tried to impress me by eating a packet of wasabi, without knowing about its eye-wateringly spicy effects.” 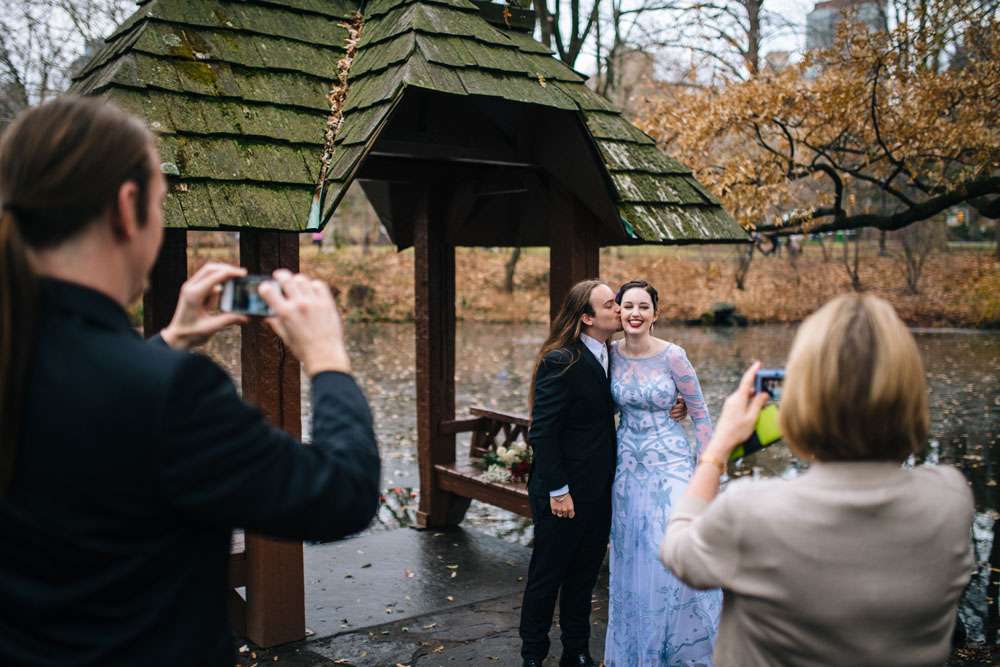 “Our wedding was wintery, Christmassy, New York-y and magical. Instead of having our wedding in Australia, where we live, surrounded by family and friends, we decided to go to America for two months and get married in the middle of our holiday. It was absolutely the best decision for us and I am so glad we did it. I felt that if we had a ‘traditional’ wedding, the day would be spent trying to please other people, rather than enjoying ourselves. Plus, we didn’t fancy spending a ridiculous amount of money on what ultimately is only 8 or 9 hours of your life.” 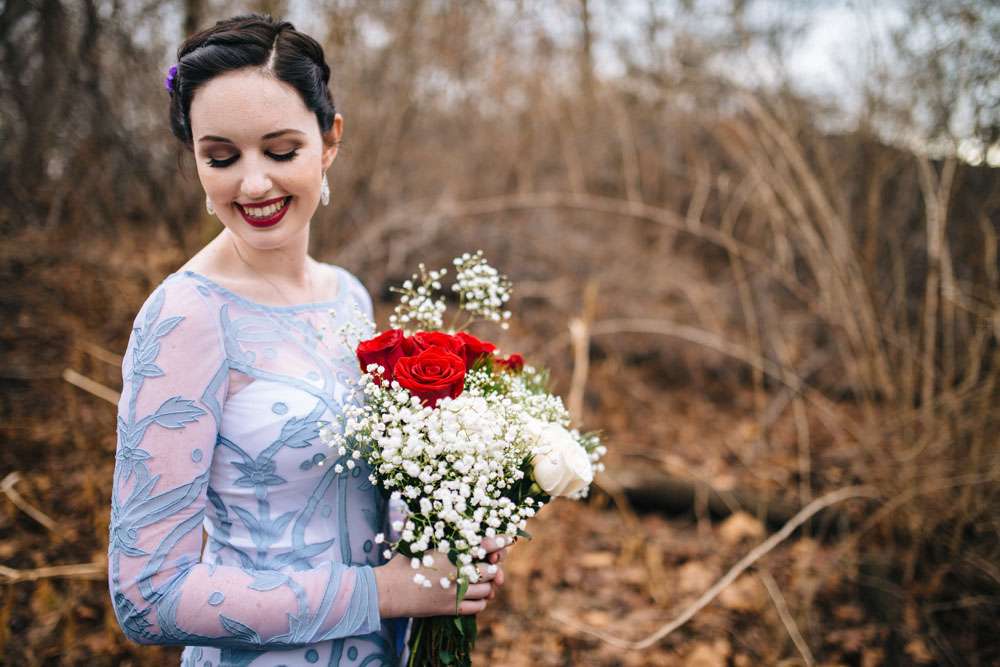 “So we decided to take the money we would have spent on a wedding, and spend it on a holiday instead! Also, we have always wanted to get married during a proper winter, which isn’t really possible in Brisbane, and now we have beautiful wedding photos featuring New York in winter time. AND it was Christmas.” 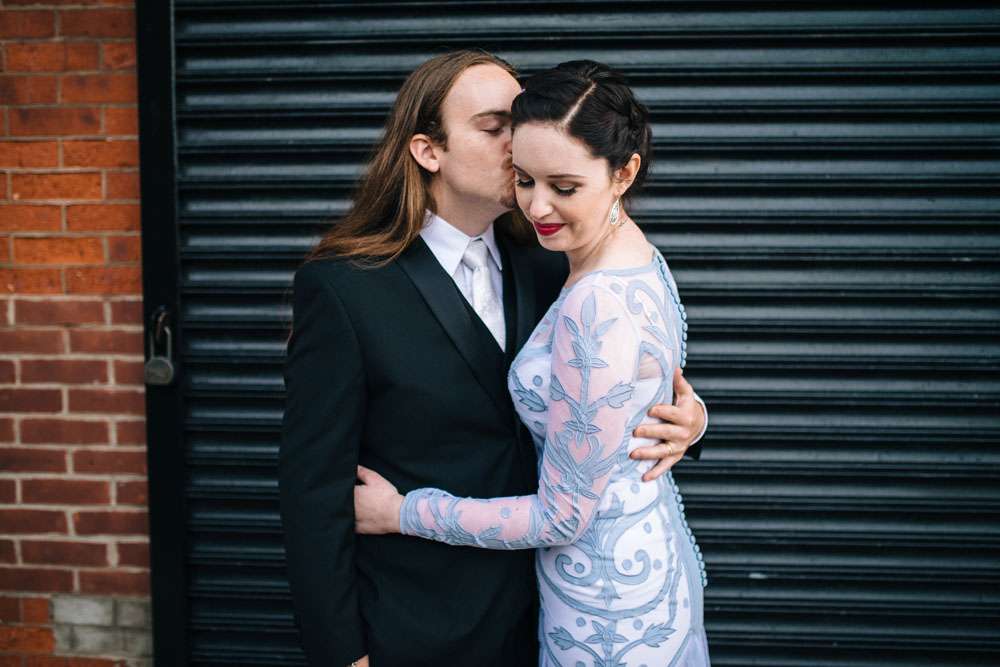 “When we were walking through the park, getting our photos taken, we walked past a man wearing an extremely excellent Santa jumper, complete with bobbles and glitter”, she continued. “I thought it was the best thing I had ever seen. Dressed up in all my wedding finery, I yelled, ‘WHERE DID YOU GET THAT JUMPER?!’ at him. Looking startled, he replied, ‘Uhh … back in the UK!’ in a thick Manchester accent. I hope he felt good about himself that day, being complimented on his slightly silly Christmas-themed jumper by a woman looking all fancy (if I do say so myself) in her wedding dress. Also, we went to Shake Shack for our post-wedding meal, and it was glorious.” 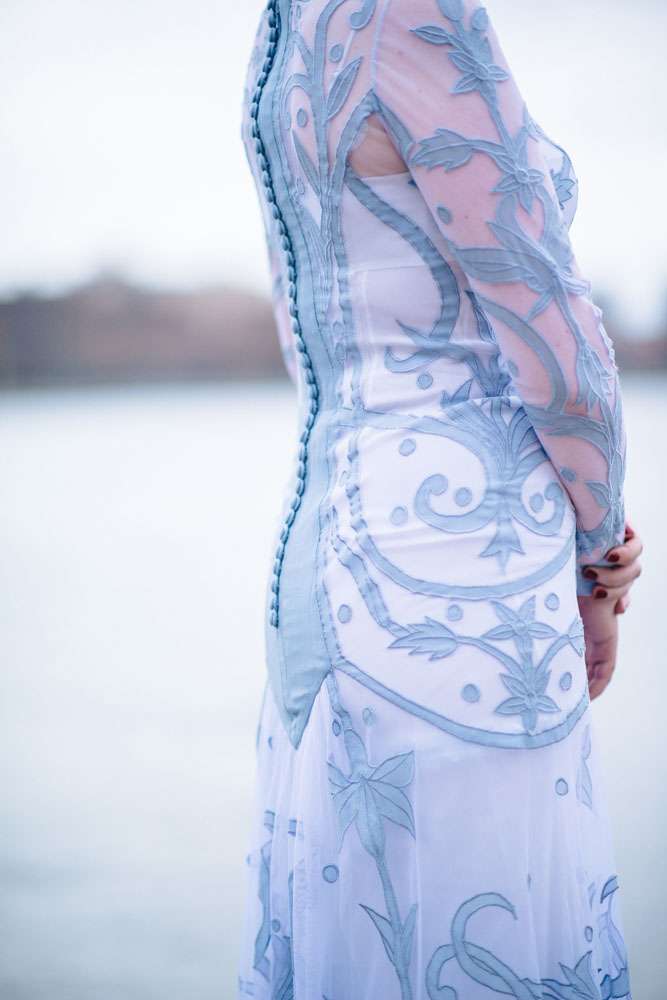 “I don’t think our wedding can be compared to that of a traditional wedding, as we didn’t have to spend money on certain things like venues, caterers, transport, flowers etc”, she continued when I asked about their budget. “We only had to book a photographer, hair and make up artist and celebrant, which came to around $1600 in total. I estimate that the entire day itself cost about $3700, but that is inclusive of absolutely EVERYTHING, from clothing to photography and everything in between.” 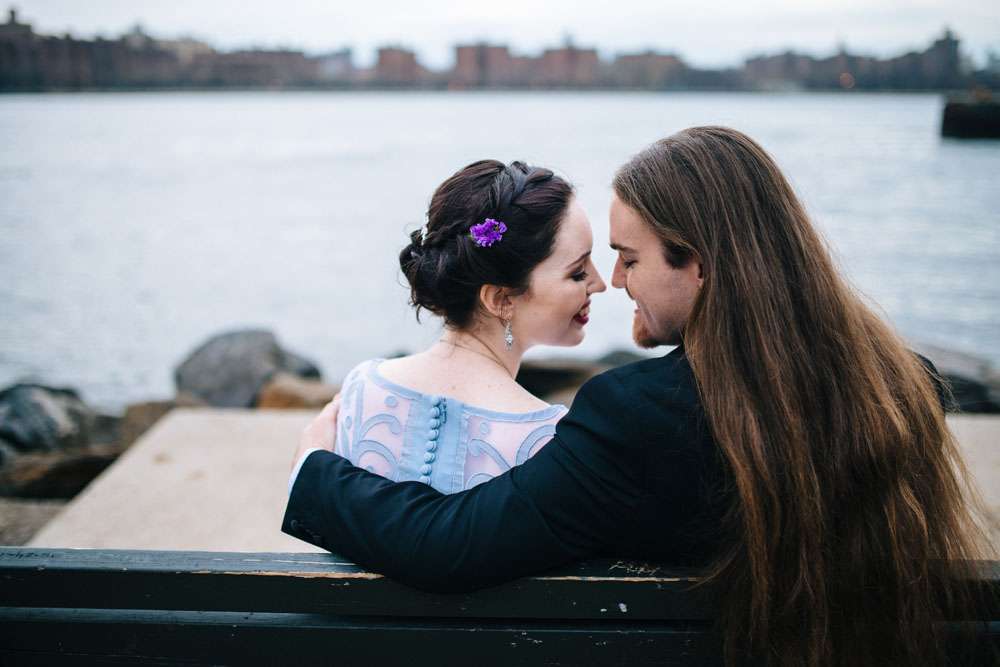 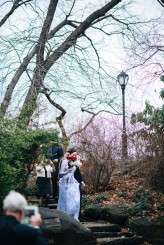 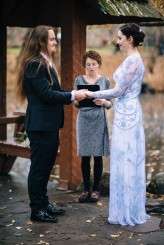 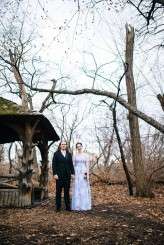 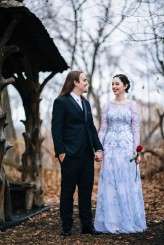 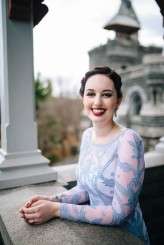 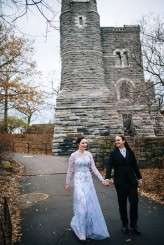 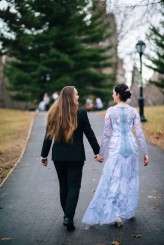 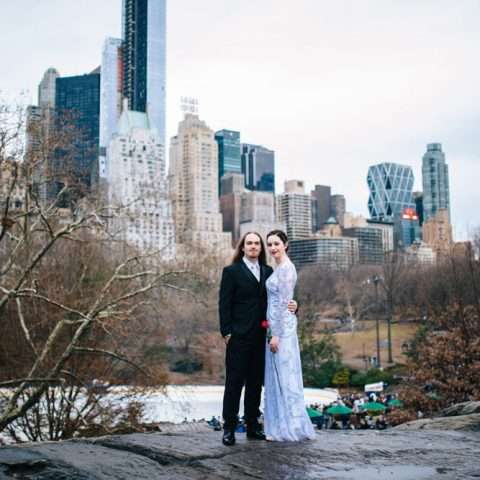 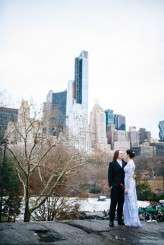 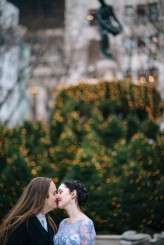 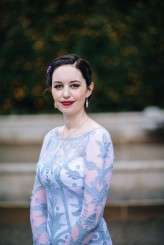 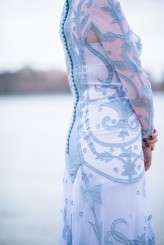 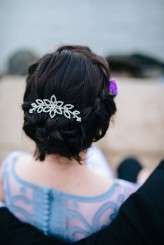 Gina and Russ weren’t into the idea of having a traditional wedding - instead they wanted something intimate and just about them and their daughter. They were inspired by other elopements in Rock n Roll Bride, and their love for the States, and so their Las Vegas elopement was born!