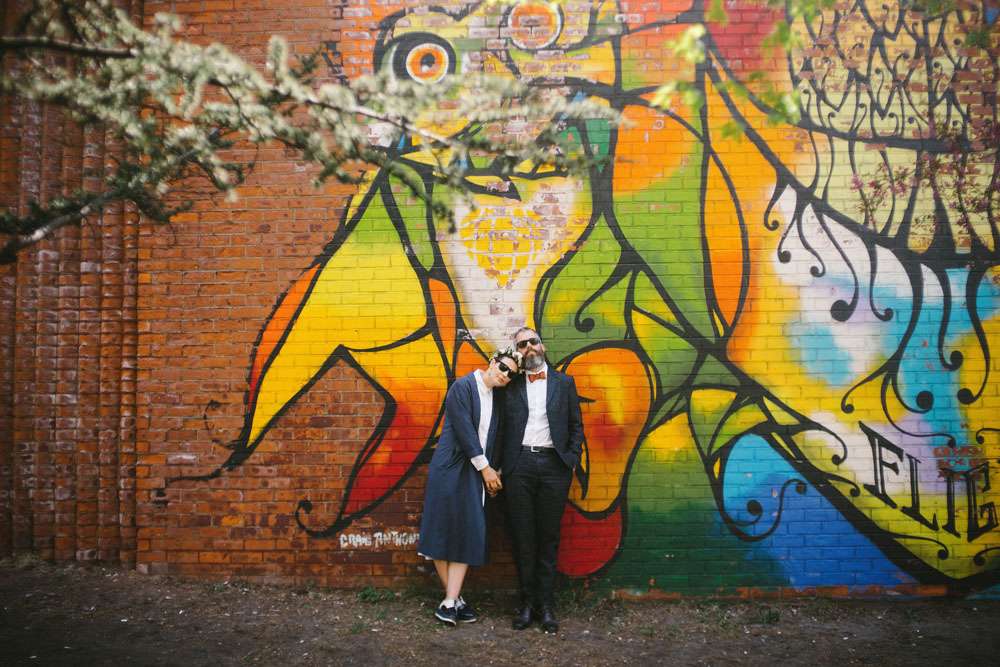 Oded and Lena decided as soon as they got engaged that they didn’t want to get married at home in Tel Aviv, they wanted to go to New York City! “We wanted to avoid some of the bureaucracy entailed in official Israeli weddings”, they explained, “we also liked the romantic notion of getting away from everyone and having a wedding ceremony in NYC.” 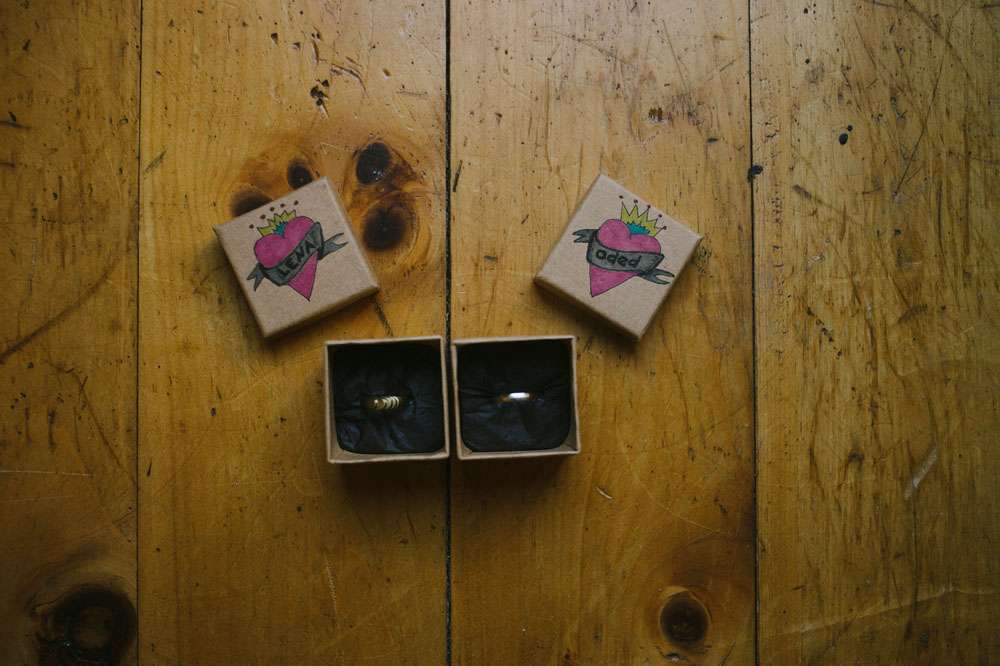 They both wore non-traditional outfits which came from Cos. “We didn’t want the usual wedding clothes but still, it took a while to find them!” explained Lena. “In the end we both wore outfits from Cos – him a suit and me in a minimalist shirt dress and a flower crown.” 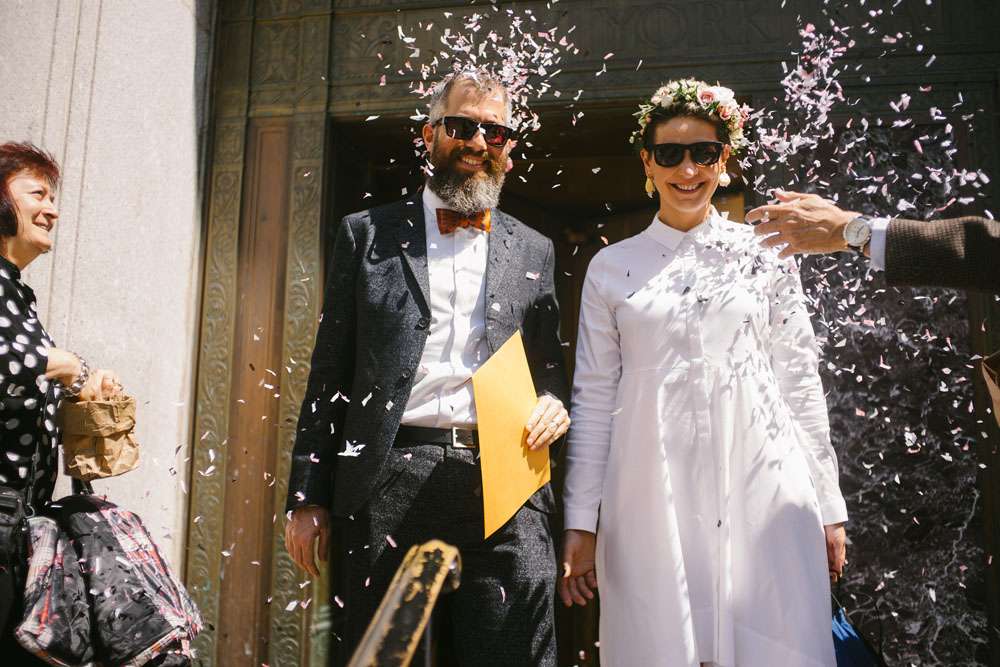 The short ceremony was at the Manhattan City Clerk’s Office. “We decided to get there first thing in the morning to avoid any long lines. The ceremony was super short, the Judge was very nice but also very concise! !e were lucky our photographer managed to capture the vows before it was all over.” 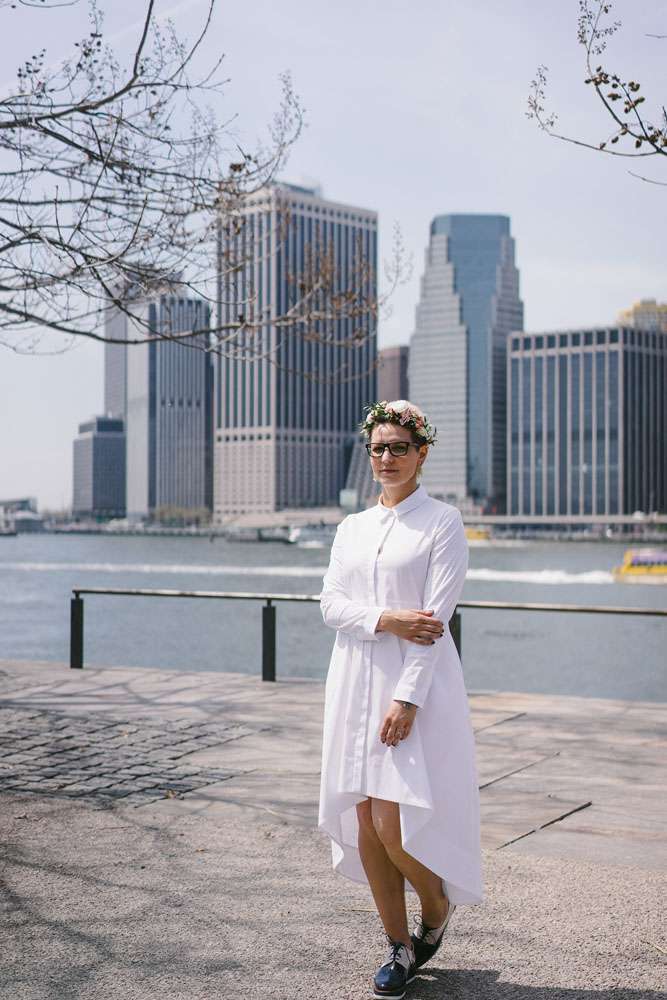 “We made our own confetti from the paper that our clothes were wrapped in! I cut it with scissors the night before and I also drew our names on the plain cardboard ring boxes. We kept things super small to save money, we just had our parents and our photographer there. Of course the biggest expense was getting everyone over from Tel Aviv.” 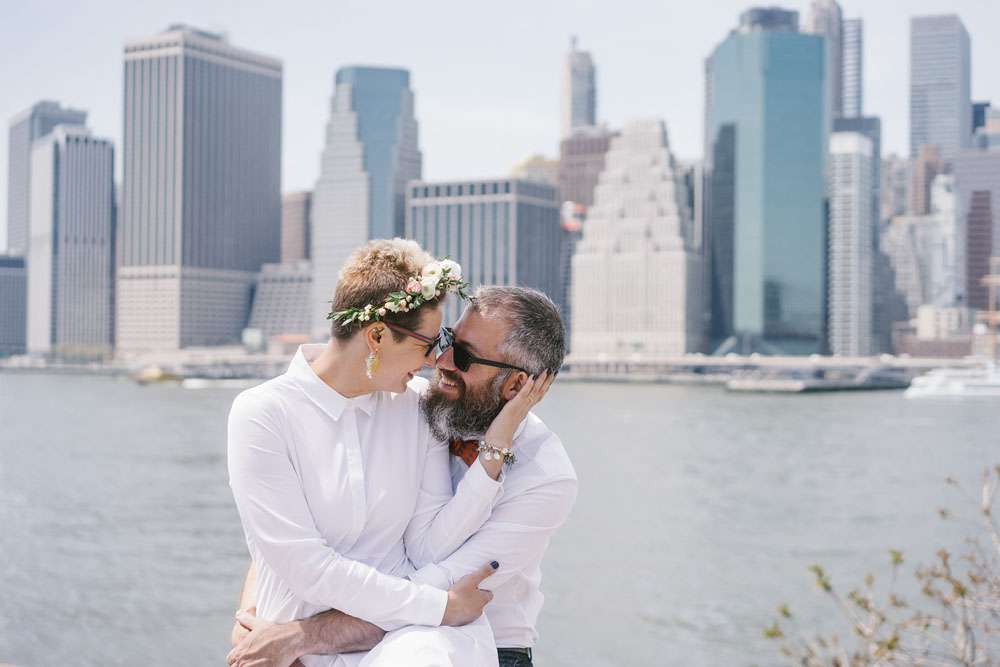 “The best part of the wedding was that we rented an apartment rather than staying in a hotel which really helped us feel at home. It also provided great photos opportunities during the wedding day.” 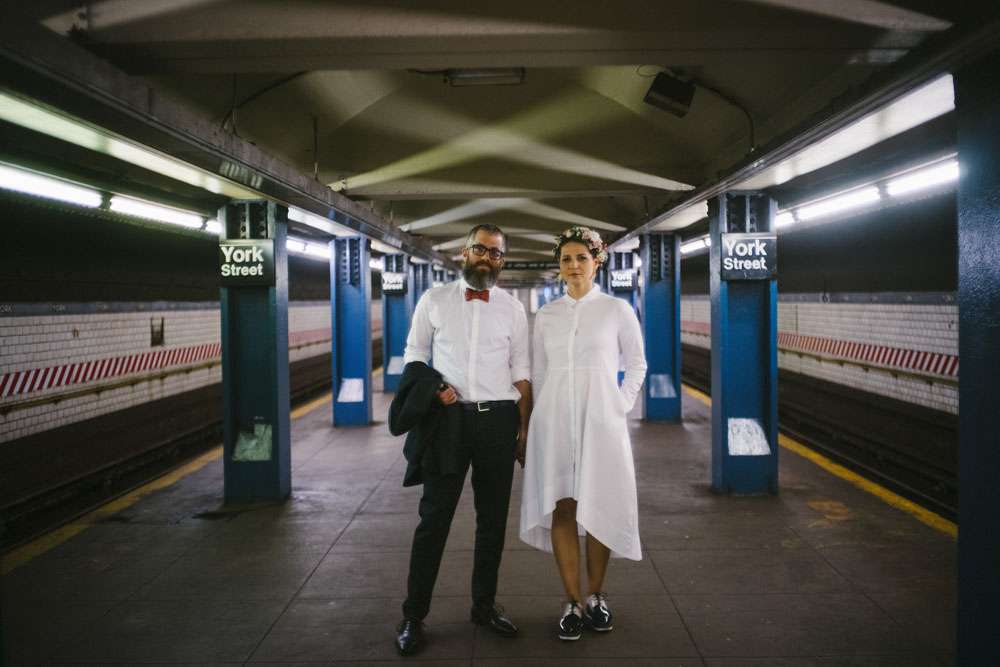 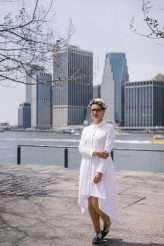 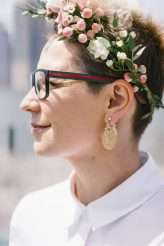 Intimate Central Park Elopement with a Rent the Runway Dress

There's so much to love about this super sweet and intimate Central Park elopement. Mostly the fact that Clara and Jean Pierre did EXACTLY what they wanted. Their only focus was themselves which meant they could have an authentic day that was all about them and their love.