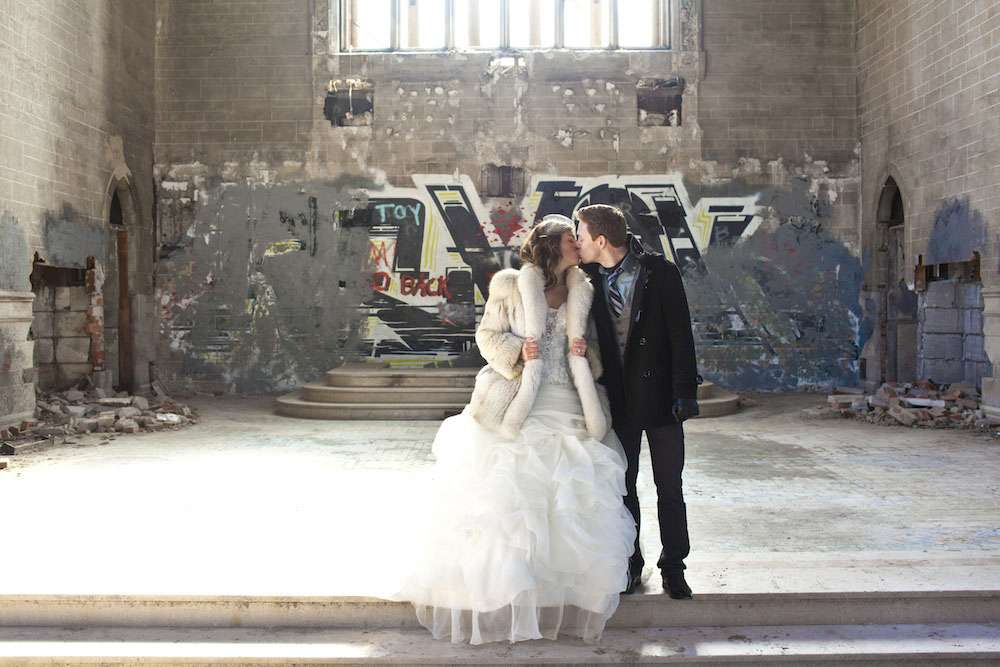 Shane and Melissa didn’t want to spent a lot to get married so they decided to have a small ceremony, with just a few friends and family in attendance, at the derelict St. Agnes Church in Detroit. Amazingly, they managed to do this for just $1000. They didn’t have a reception and they only booked their photographer for a couple of hours.

Melissa wore a borrowed dress and shoes that she already owned. She did her own hair and make up and made her veil herself. Shane’s outfit was from Zara. The church was decorated with just candles and a few vintage props which were kindly lent to them by a family member. 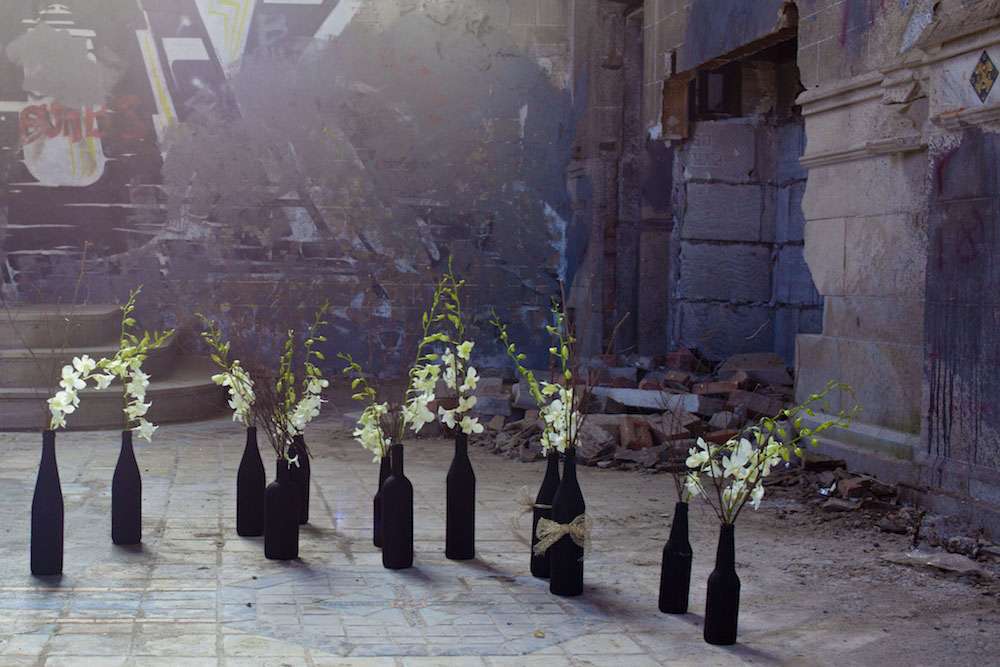 “I was originally planning to wear a simple black and white cocktail dress, until I showed it to my step-mother”, Melissa began. “She made a point to let me know that it is my wedding, and so special that I should get a dress. I wasn’t opposed to getting a wedding dress, just opposed to spending more money than we intended. However her niece had just gotten married the past Fall so I was able to borrow her dress, and it fit fantastically! What a blessing.” 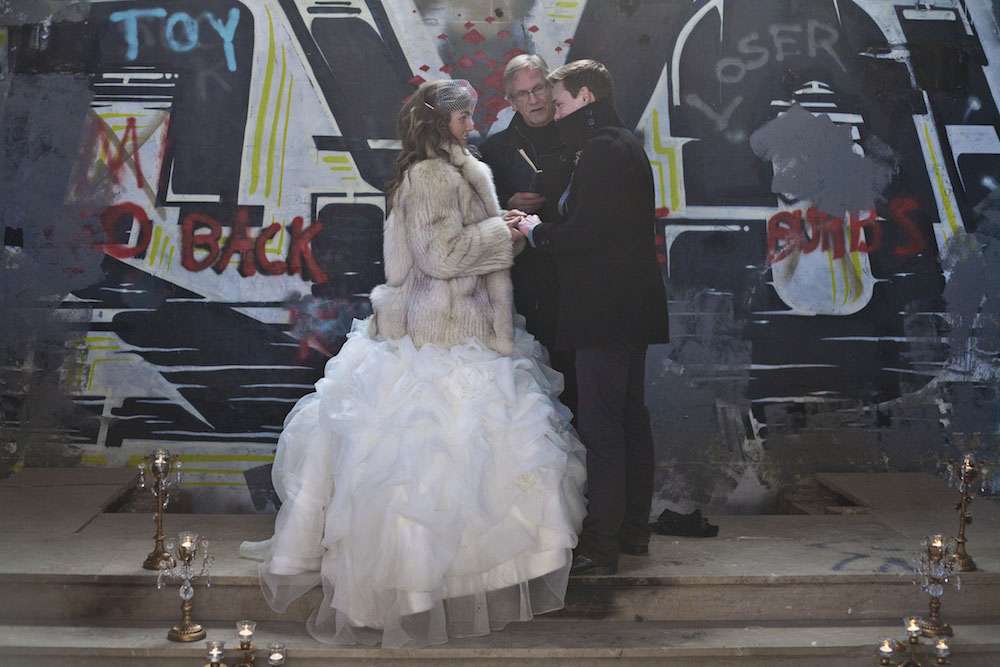 “We were inspired by the idea of an abandoned church wedding due to looking at the covenant that marriage truly is”, she continued. “Within the vows ‘for better or for worse’ we felt that this encompassed the clarity and honesty of our dedication to commit to each other no matter the ups and downs. It had a broken and torn apart organ, graffiti walls and shattered stained glass windows but it was amazing. We kept everything simple to ensure our focus on our commitment to one another was not tainted by all the chaos and planning of a traditional wedding.”

“We spray painted wine bottles with chalkboard paint, and put the orchids we purchased in bulk in each of them for our guests. I also handmade my veil, simply by purchasing a flower and tulle. Also, we hand-printed our thank you cards which saved us money.” 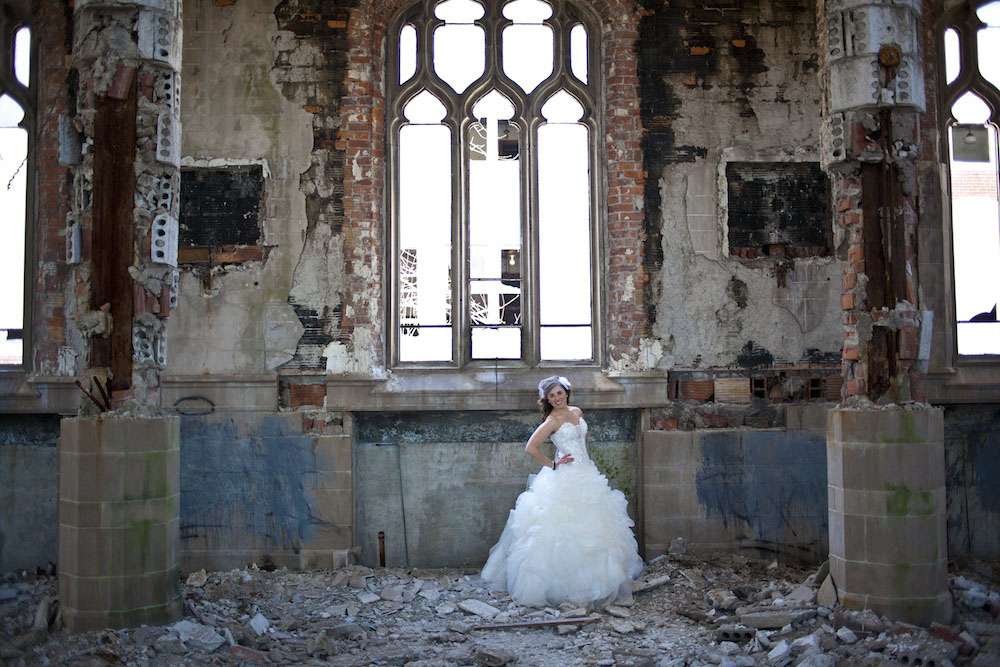 “Our biggest and only real expense was our photographer”, she explained when I asked about their budget. “We choose to spend the most cash on this because we felt it was important to document this day and to have it done professionally. We saved money on literally everything else! We did have to pay a fee to the church, even though it was abandoned, because we had to get written permission to marry there.  We also bought all the flowers in bulk and I made my own bouquet. Finally, we did not host our entire family and all of our friends in the church because of the state it was in. The following August we had a picnic for everyone to come and celebrate with us.” 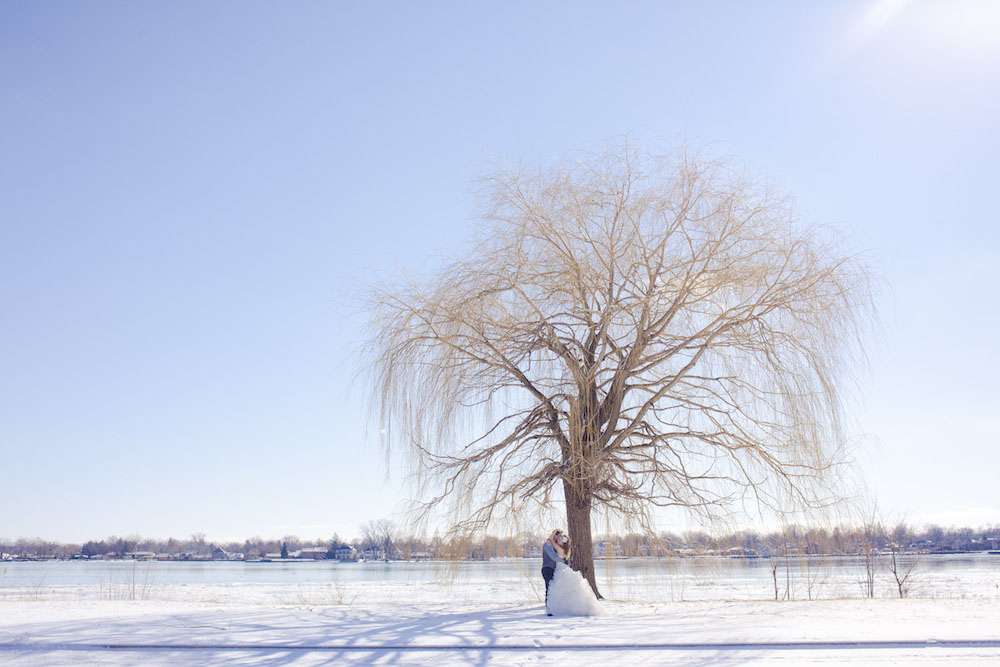 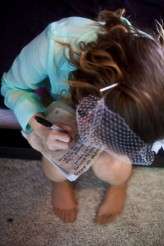 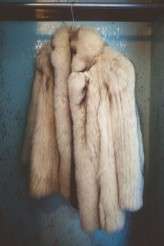 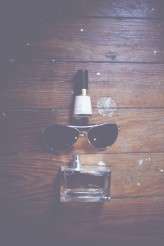 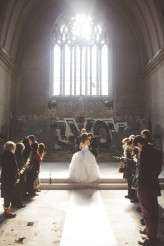 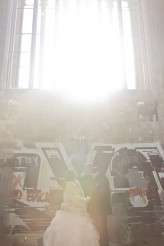 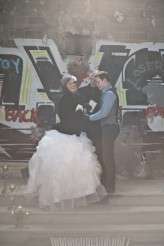 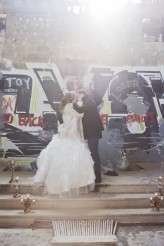 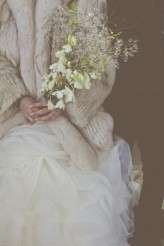 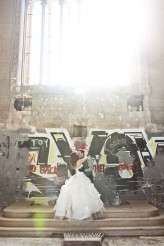 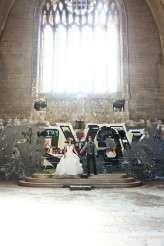 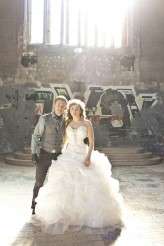 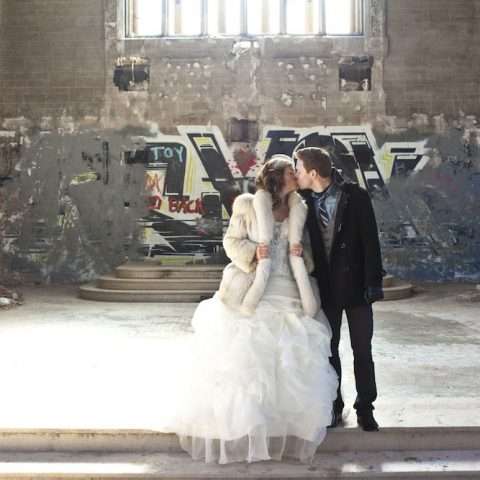 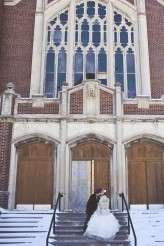 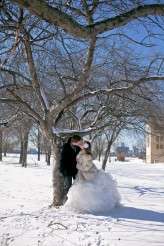