Dani and Liam always wanted a small wedding. There was no grand proposal either, in fact they decided that they wanted to get hitched when they were driving to Reno last August. They chose 11/12/13 as their wedding date – just three months away!

“I knew I wanted a vintage-inspired, tea length dress, so we headed to San Francisco to begin our search2, began Dani. “My dress came from Bettie Page, a pin up clothing shop, and  it was love at first sight. It was the first and only dress I tried on! I purchased it immediately and brought it home that same day. I found a crinoline at a vintage thrift shop that perfectly matched the bottom of my Betsey Johnson heels.” 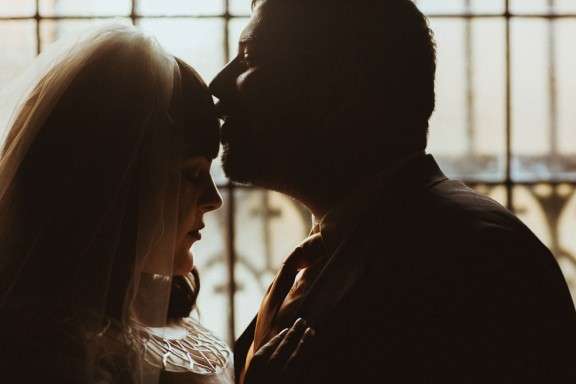 “Once we found that dress, I knew the rest of the wedding had to have that vintage vibe. I found an awesome rockabilly salon and boutique where we got our hair and make up done in the morning. The last arrangement to be made was our venue. The date crept closer and we were still unsure as to where we’d hold the ceremony, until we found the wedding album belonging to my husbands’ parents. They had gotten married at a beautiful Swedish church in the Pacific Heights district of San Francisco, which was built in the 1800s and has been named a Historical Landmark. My Mother in law passed away a few years back and we felt it would be a wonderful way to honor her memory. We were able to book the venue just one week before the ceremony!” 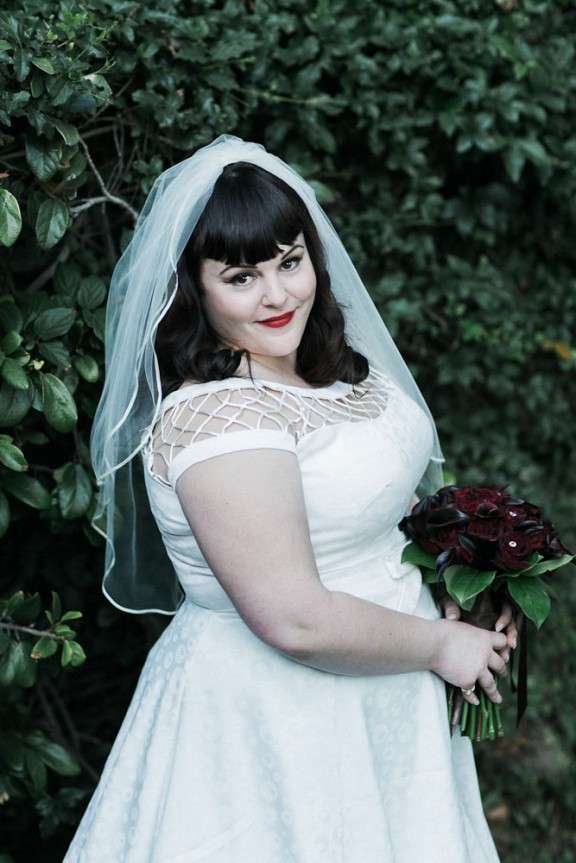 “Everything came together just in the knick of time, but getting to the altar would prove to have its own set of challenges”, she continued. “Our hair and make up wasn’t finished until the time we were expecting the ceremony to start and we still had a 45 minute drive to the church! I took matters into my own hands and drove the bridal party, along with our two dogs, to the venue myself, a situation which brought us many a second glance while at the Bay Bridge Toll Booth! It was stressful, but made for some great pictures.” 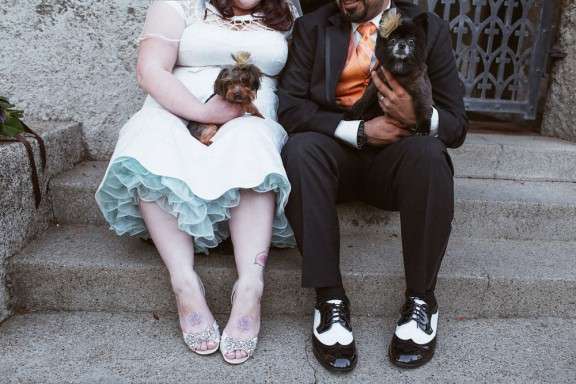 “In the end, everyone really came together to make our day wonderful for us”, she concluded. “The pianist learned my favorite Smashing Pumpkins song for my walk down the aisle, our close friend became ordained so he could perform the ceremony, our dogs were patient and wonderful ring bearers, and my long time friend Heather was there to capture it all on film for us!” 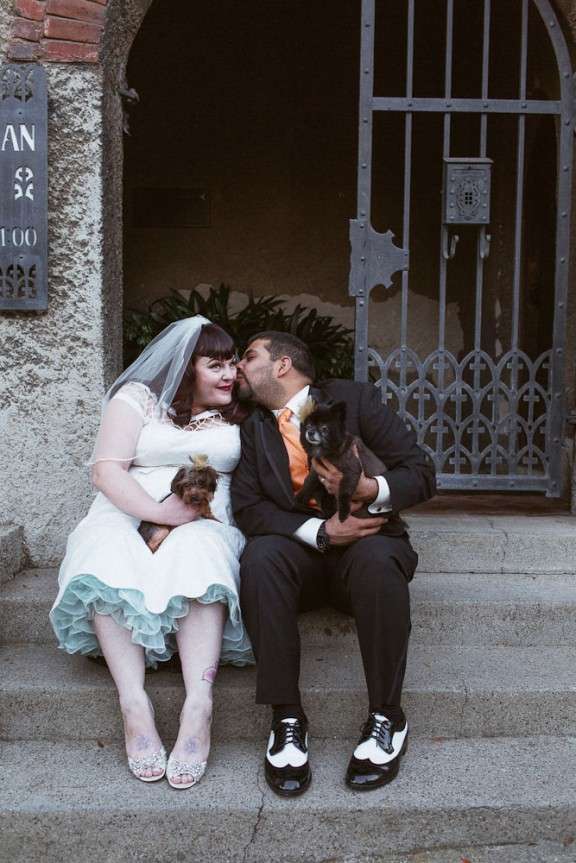 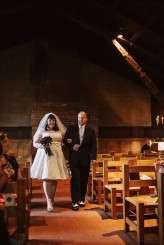 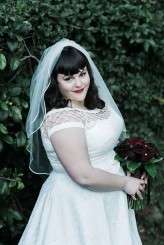 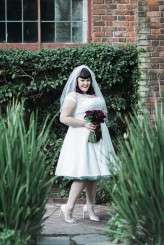 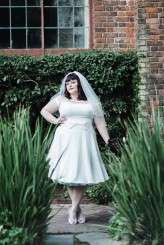 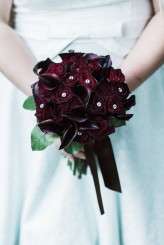 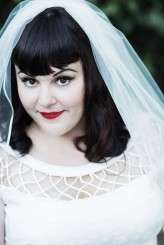 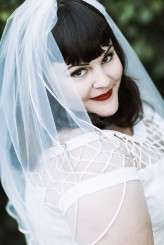 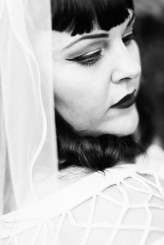 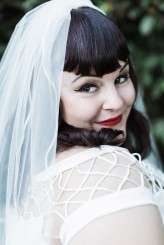 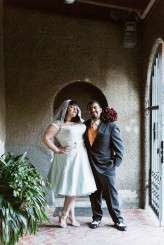 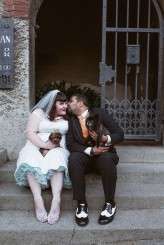