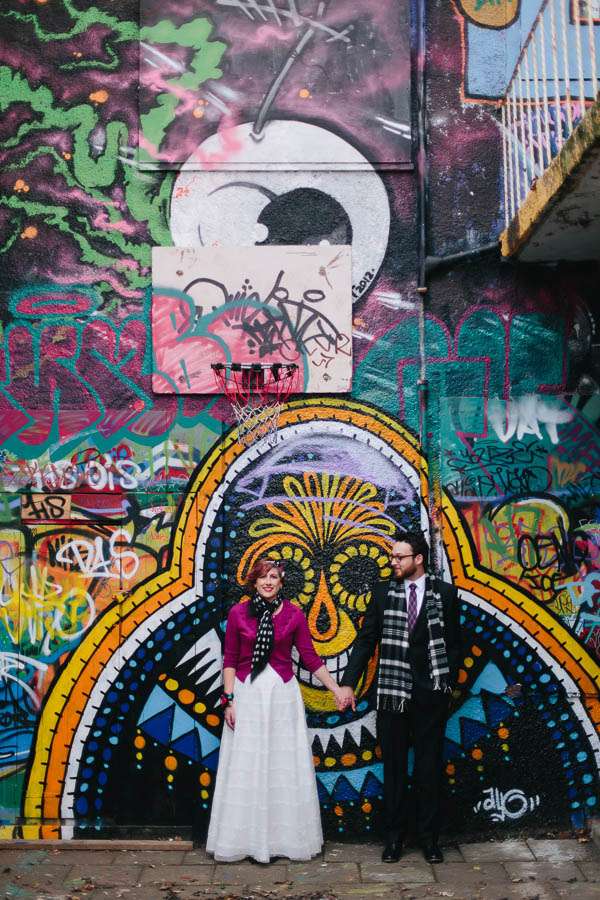 With all the detail and theme obsessions that come with the wedding blogging territory,  sometimes it’s just really awesome to get a super simple and fuss-free wedding in my inbox. So when Dean & Lindsay’s Icelandic elopement was sent my way, I couldn’t wait to feature it. I’ve said it before and undoubtedly I’ll say it again, but honestly, this is what it’s all about people –  two people in love saying “I will love you forever”.

Spending just $1200, Dean & Lindsay flew to Iceland from the US and were married at Solfar (Sun Voyager) a sculpture located by Sæbraut, by the sea in the centre of Reykjavík. 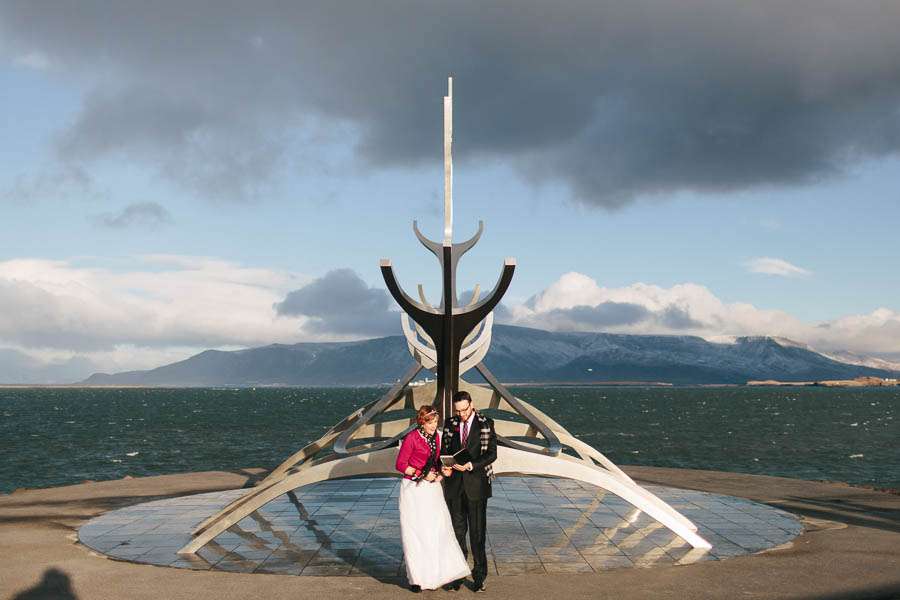 “We knew we didn’t want the traditional wedding but wanted it to be very special”, explained Lindsay. “We had already planned the trip to Iceland for the Airwaves music festival and were having very pragmatic conversations about getting married. I half-jokingly suggested that we should elope while in Iceland, and the idea grew legs very quickly. In the two months remaining before the adventure we found an amazing photographer, wrote our vows, found a dress and the perfect handmade jewelry & accessories, and suddenly the plans were in place to elope while in Iceland. We only told a few friends and managed to keep the secret until after we exchanged vows. Getting married as part of a wonderful trip to a beautiful island for a music festival was completely awesome.” 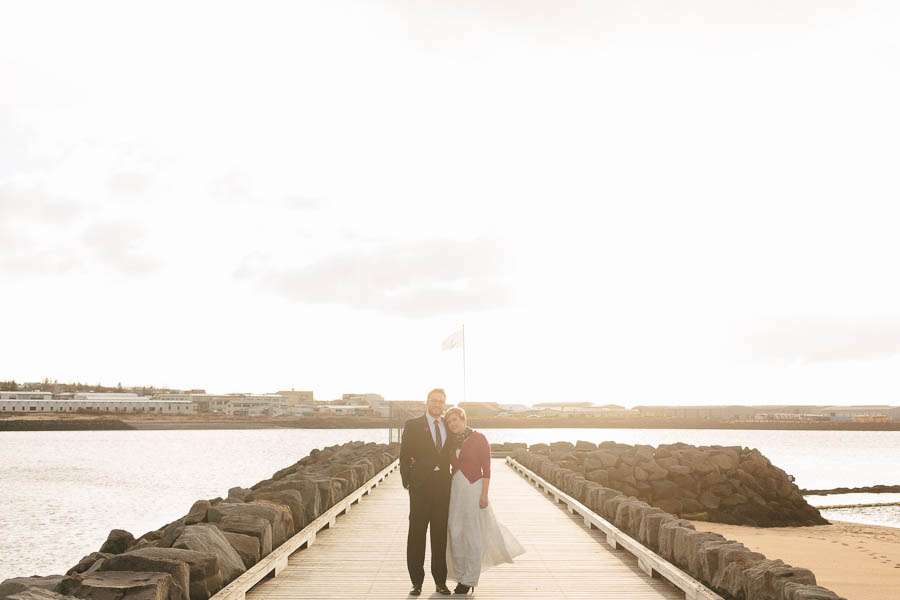 “After a lovely elopement we celebrated our ‘reception’ at the Of Monsters and Men concert and the drummer, Arnar Rosenkranz Hilmarsson, was kind enough to congratulate us and dedicate the last song of the show to us. This is a shot of him congratulating us!”

“We wouldn’t change a damn thing!” the bride concluded, “I would highly recommend eloping (or getting married) in Iceland. However, despite going through all of the paperwork to make it legal, our state did not recognize the documents from Iceland so we had to have another legal ceremony when we got home. Just a tip for anyone considering it!” 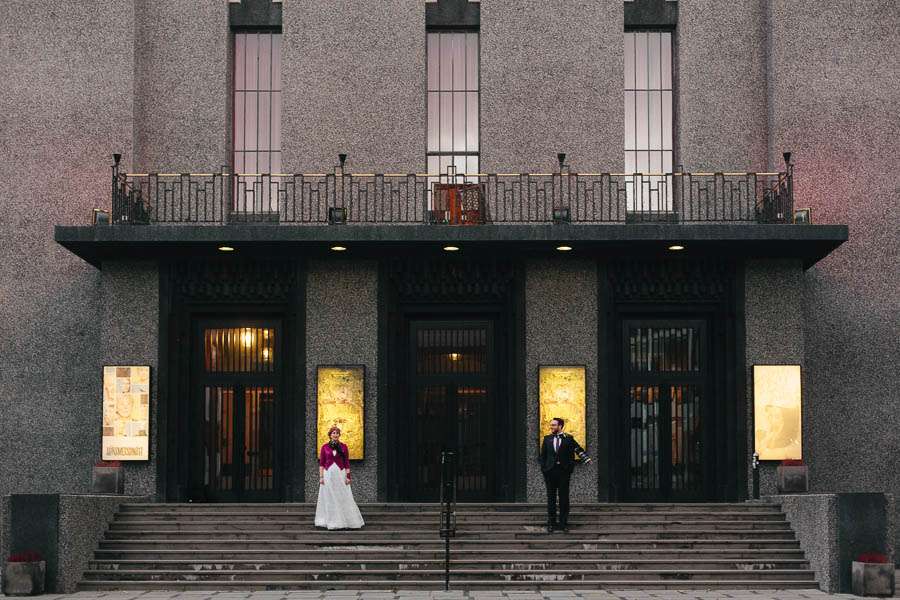 Utterly awesome. Thank you to Dean & Lindsay and their wedding photographer Åsmund Holien Mo of Fotograf Holien Mo for sharing with us today. 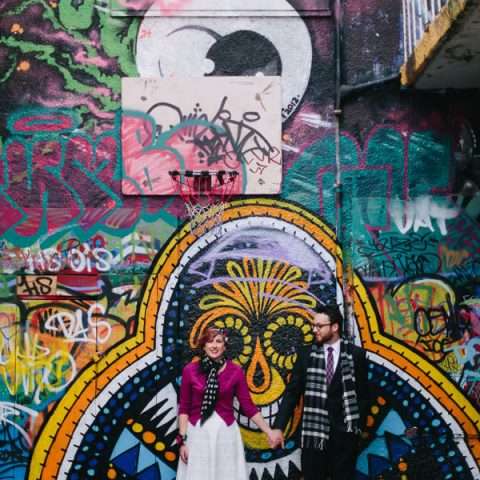 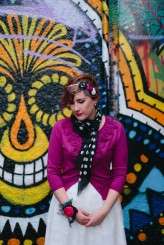 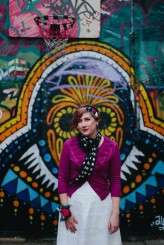