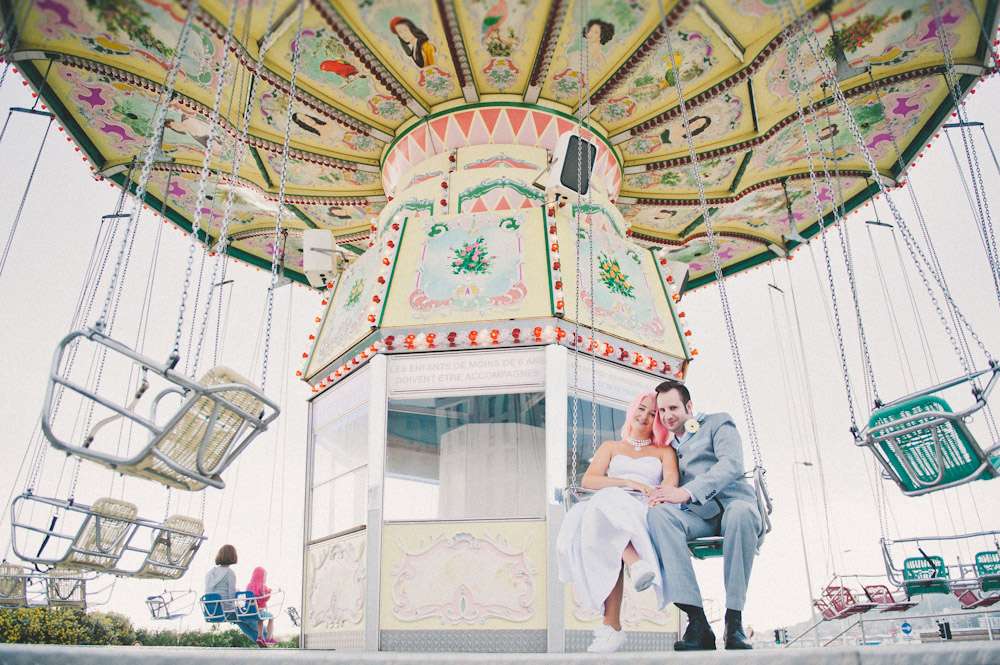 Tina and Dave were married at The Grand Pier, Weston Super Mare. Their wedding was a colourful mix of all the things they love. “Tina and I met in the summer of 2010 on a booze cruise organised by our workplace”, wrote Dave. “She arrived with her pink hair in curls wearing a 50s polka dot dress, tattoo print shoes and red lipstick. I fell in love that night.”

“We called our wedding ‘Dreamboats and Petticoats’ and the theme was Rock n Roll meets the seaside”, Tina continued. “I’m a great fan of music of the 50s and when I met Dave I was surprised that he knew all of the songs as well. Dave was brought up by parents who love Rock n Roll and grew up in this era. After we watched the stage show Dreamboats and Petticoats we agreed that if we ever got married we’d love to have this as the theme for our wedding. After Dave proposed in 2012, we couldn’t wait to start planning our themed wedding.” 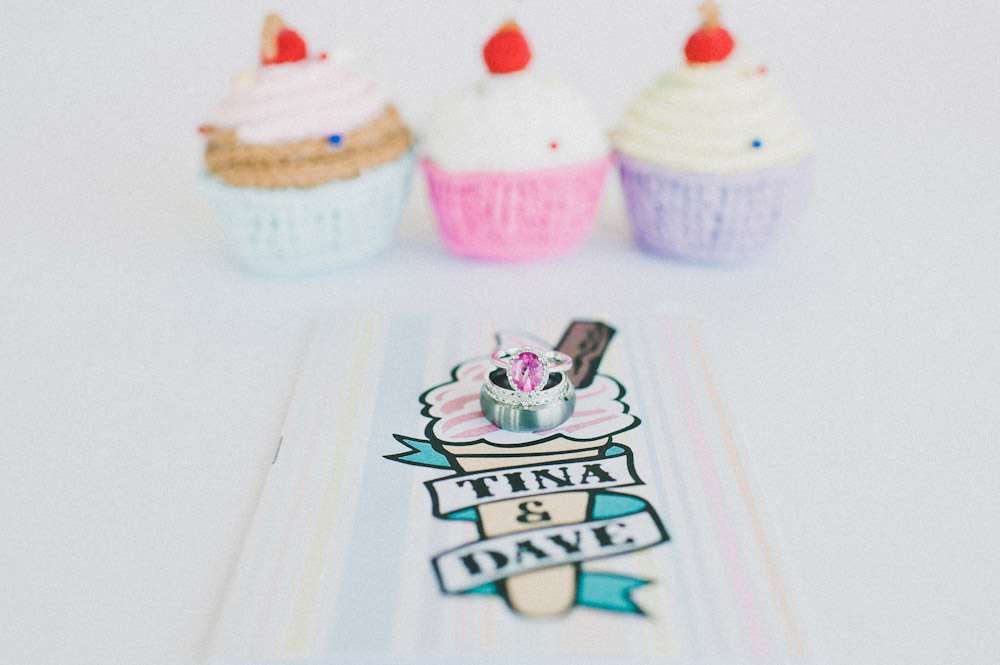 “Not sure how we were going to make it work we began looking for venues that would bring our theme to life and after we’d taken our first look around the Grand Pier we knew it was the one  We wanted to be as true to our theme as possible, and as we both like to be different we didn’t mind if this meant sacrificing a few wedding traditions  I used the Pier train to take the bridal party and myself down the length of the Pier, which was so much fun as members of the public waved and took photographs. The bridesmaids wore cotton candy striped dresses and Dave designed his 50s inspired suit online.” 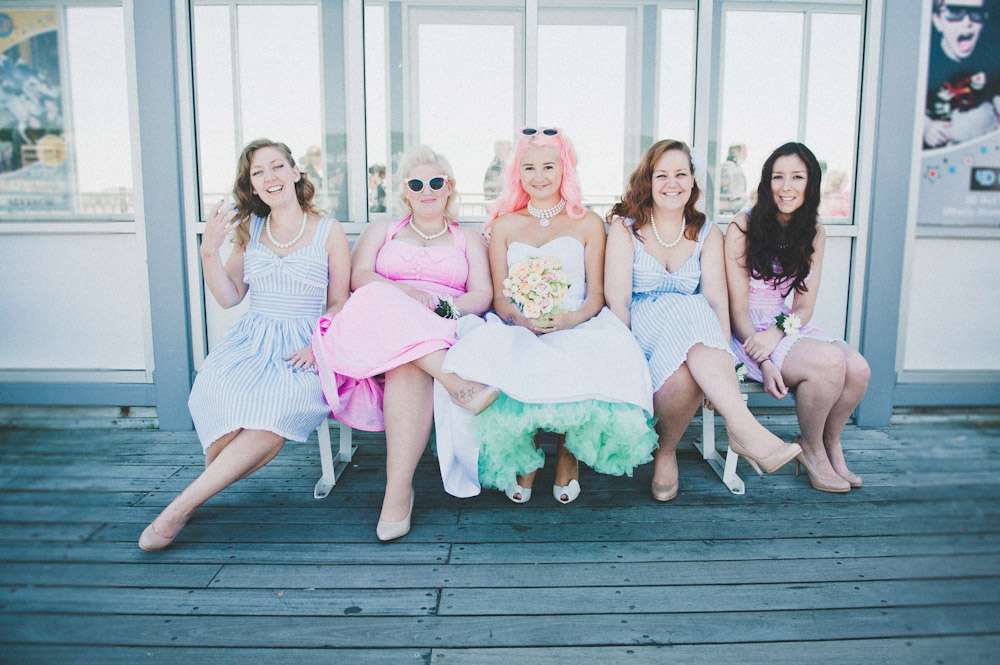 “I made my ceremony entrance to Magic Moments which is so cheerful that everyone was smiling and we had our first dance to Beyond the Sea which got everybody up dancing”, she explained. “The main course of our wedding breakfast was beer battered fish and chips and a veggie burger and chips for the bride. The food was accompanied by the Dreamboats and Petticoats soundtrack. Our guests had fun using the bumper cars, go karts and arcade during the intermission before the evening reception. Dave and I got on the fairground swing seat ride and as I love carousels. So many of our guests commented that it’s the most fun that they’ve ever had a wedding!” 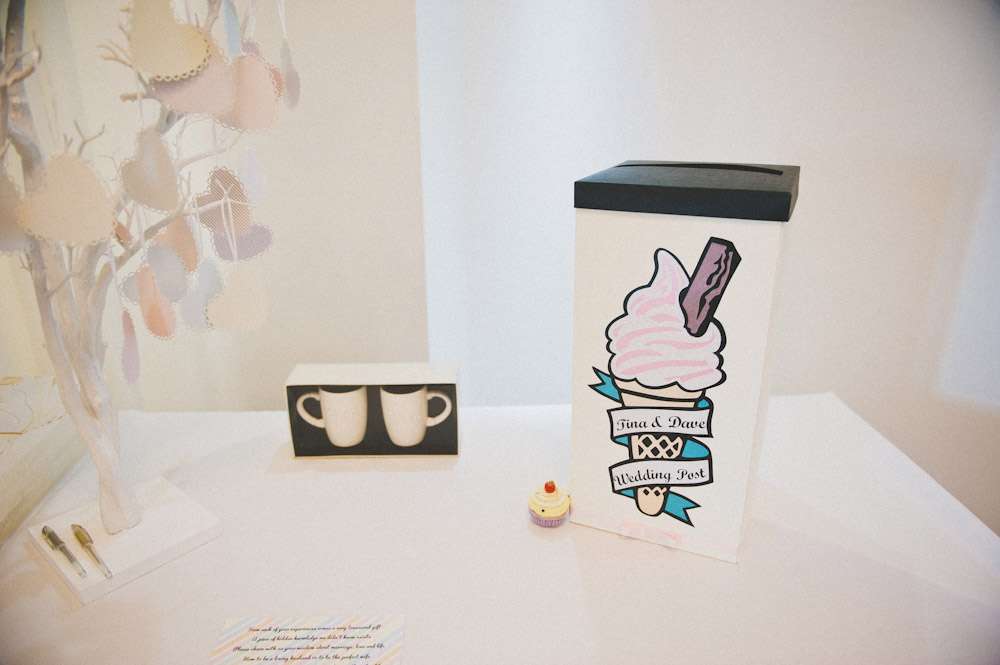 “Rather than have a certain colour theme for our wedding, we decided we’d go for a pastel theme instead”, she continued. “I thought pastel colours would be lovely for the time of year and would really give a romantic feel to our theme. I started by purchasing some pattered pastel paper and from this I made paper bunting and place cards. I spent an entire day at the venue with my mum fluffing up tissue paper pom poms to decorate the ceiling! I’m quite a crafty girl and I have a magical machine that looks like a printer that will cut out anything I design. From a photograph of a whippy ice cream, I was able to design an ice cream picture and cut out the various sections in coloured paper, layering them up to make a paper version of my design. From this I made my invitations, our wedding post box and the cover for our programmes.” 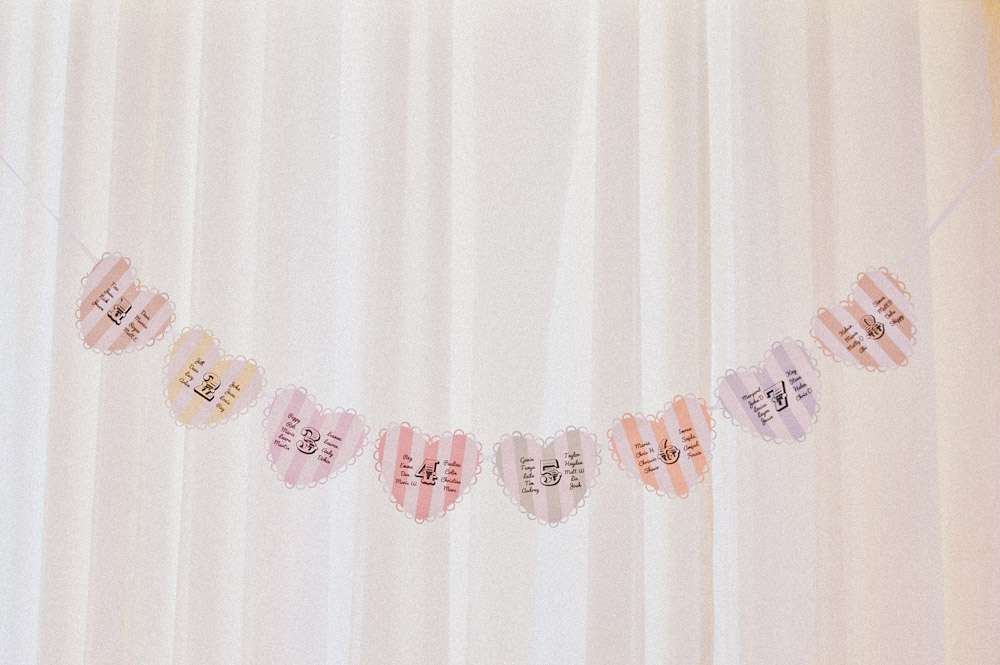 “We had the most amazing wedding day and we loved the entire day from start to finish,” she concluded. “We absolutely loved the Grand Pier as our venue, it felt brilliant to get married on there with the sun shining and the tide in. We loved seeing our dream brought to life in the music, the food, the fairground rides and the outfits. One of our favourite things about our wedding is seeing everyone smiling and happy, as this was one of our main priorities.” 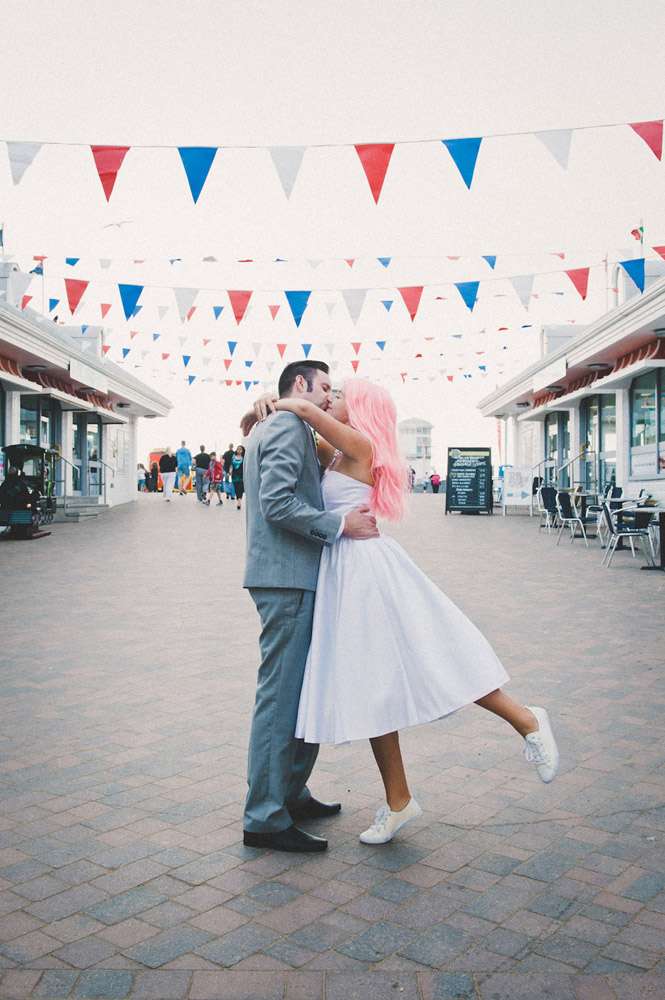 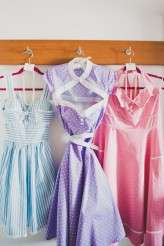 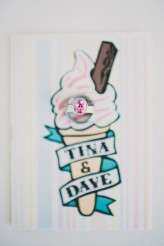 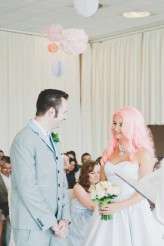 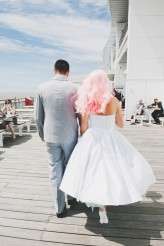 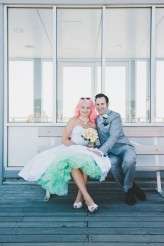 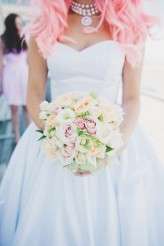 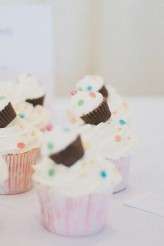 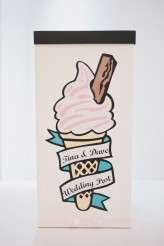 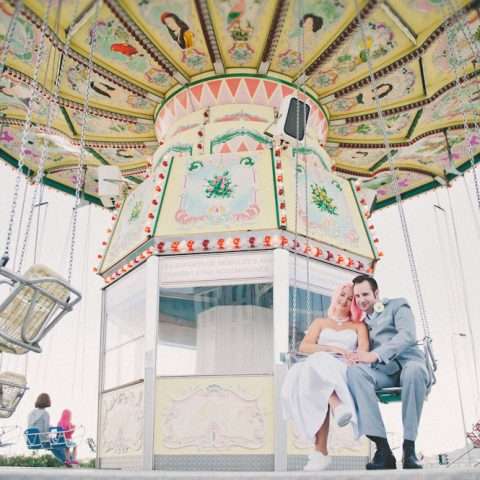 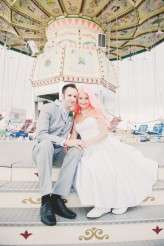 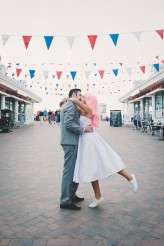 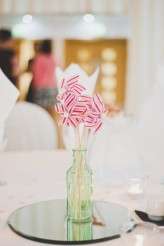