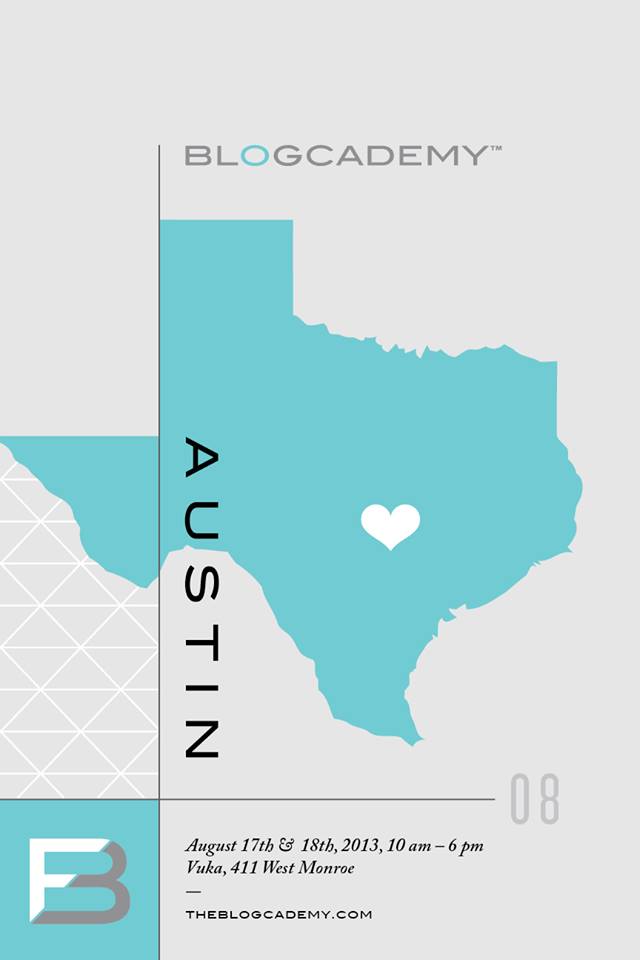 Today I’m off to Austin for the final US Blogcademy of 2013 – can you believe that? We’ve done a bunch of American dates this year which has been such an adventure, but I am really looking forward to hitting London after this – it’ll be nice not to have to get on a plane for once!

It’s my first time in Austin, although I have been to Texas before… well I had a layover in Fort Worth Airport once, nah it’s not really the same is it? The one thing I remember about it though was the HEAT. Waaah, Texas in August – are we mental?! I bloomin’ hope everywhere has air con. I’ve packed lashings of factor 50, my giant Kate Spade floppy hat and the lightest, airiest clothes I can get away with.

I’m only in town for a few days this time and I fly home the day after the workshop (at 8am groaaan!) but I’m hoping we’ll be able to explore on Thursday and Friday. So tell me, Austinites, if you only had 48 hours in your fair city, what would you do and where would you go?