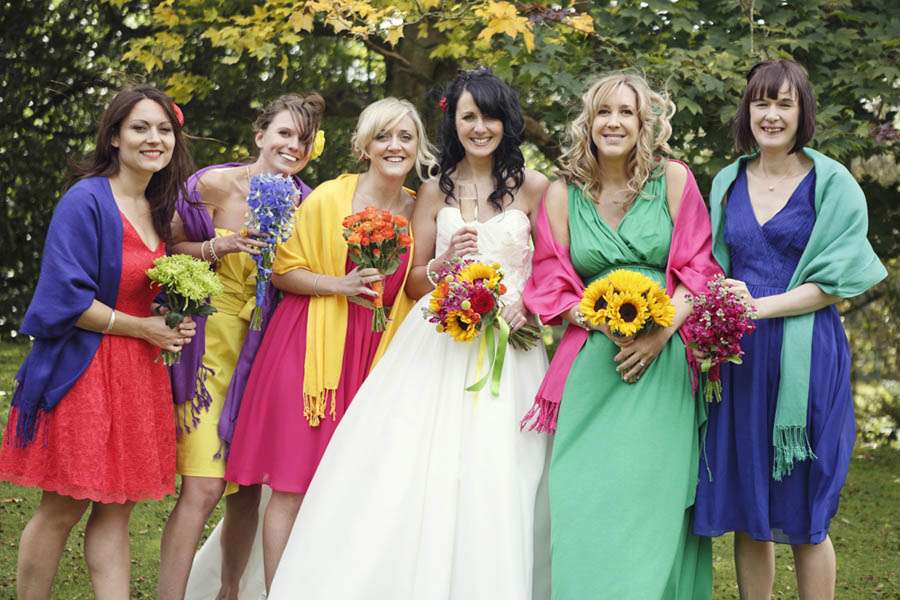 Julia & Stephen were married at Knowles Lodge, Yorkshire, in September. The wedding, although set in the English countryside, had a colourful Mexican fiesta theme! “We wanted the day to be relaxed, intimate, rustic and fun”, explained Julia. “I knew I wanted bright colours, and I have an obsession with Mexican food so a fiesta theme seemed to fit. As soon as I saw the Mexican team at the opening ceremony of the Olympics I knew we’d picked the right theme!” 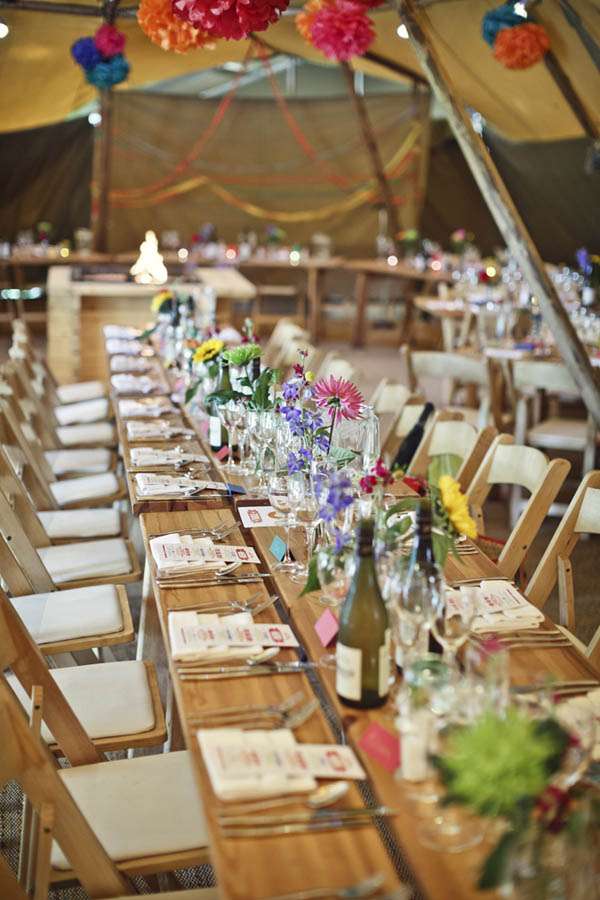 “We had no idea about traditions before we planned our wedding, which was definitely a good thing because it meant it wasn’t a particularly traditional wedding”, she continued. “I always had a dream of getting married in a forest but there aren’t many places in the UK where you can get married outside, so we were really lucky to find one. We took a huge risk planning an outdoor ceremony at the end of September, but the risk paid off and the weather was beautiful. We were so lucky because the week in the run up to the wedding saw the worst storms in the area for 30 years!” 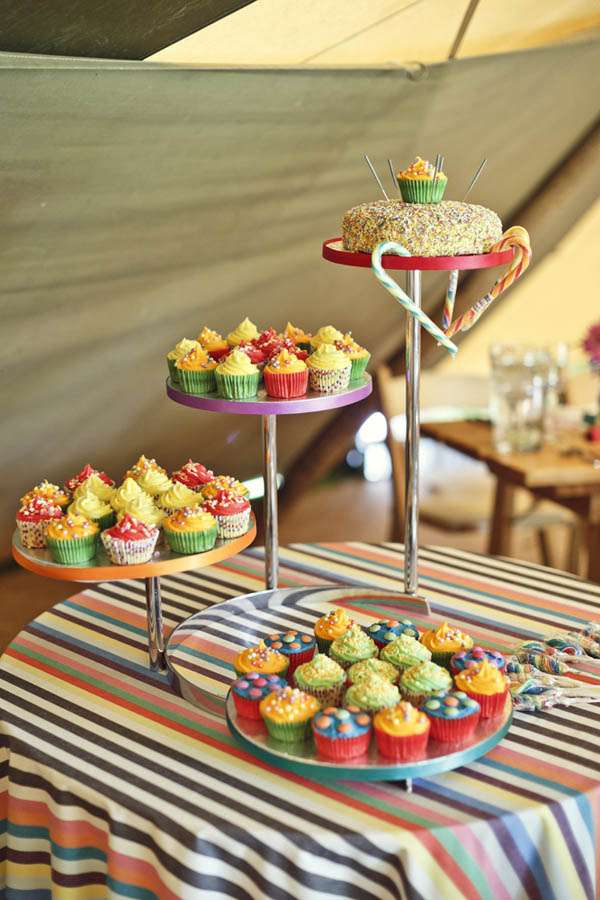 They hired a tipi which they decorated themselves. The colourful stationery, cake, flowers and table decor all worked so well together. They even had a pinata which I can imagine was a lot of fun! 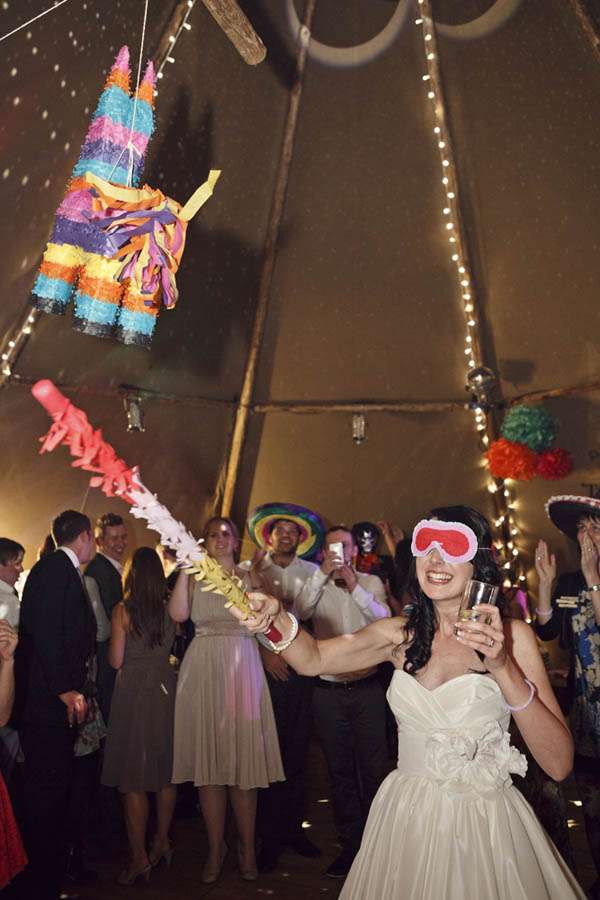 So gorgeous! Thank you to Julia & Stephen and their wedding photographer Mark Tattersall for sharing with us today. 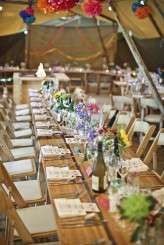 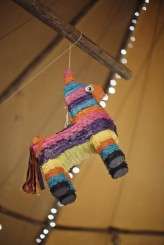 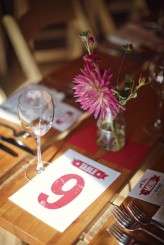 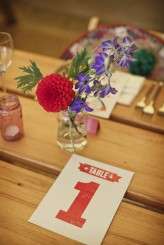 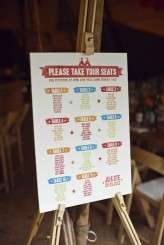 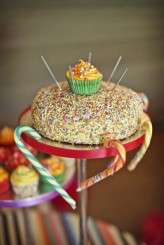 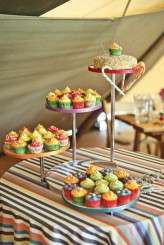 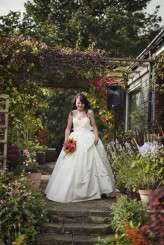 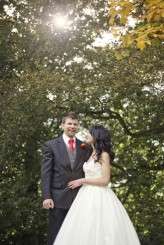 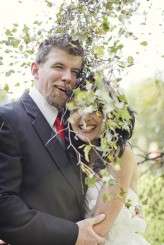 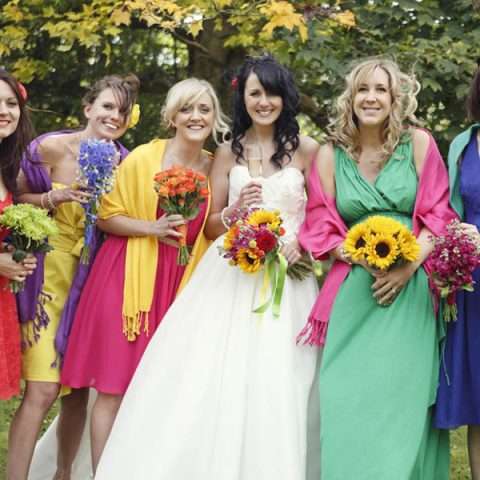 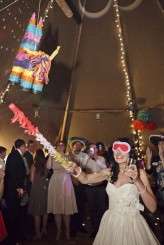 A campsite in Wales played host to Maria & Chris' fabulous wedding. With the help of their friends & family the couple pulled a lot of the wedding together themselves. The flowers played a huge part in the styling of their day as Maria explained, "For the flowers I wanted it to look as though we had picked them all from the fields that morning and used whatever we had lying around to put them in. We had been collecting vintage china for some time and used the various jugs, bowls and cups & saucers for the flowers on the tables. The campsite also had some rustic enamel jugs that we used too. Some of these Flowers I had ordered from the florist (Peonies, Cornflower, Lavender, Margharites etc) but the rest my Mum, her neighbour and my Auntie's had brought with them from their gardens! The Tipi was decorated with ribbon and Ivy from my Parent's garden too."

Childhood sweethearts Mirlah and Nik were married in June and had a colourful Mexican fiesta inspired wedding. The day also had a bit of a festival vibe with the bell tents and their laid back attitude.