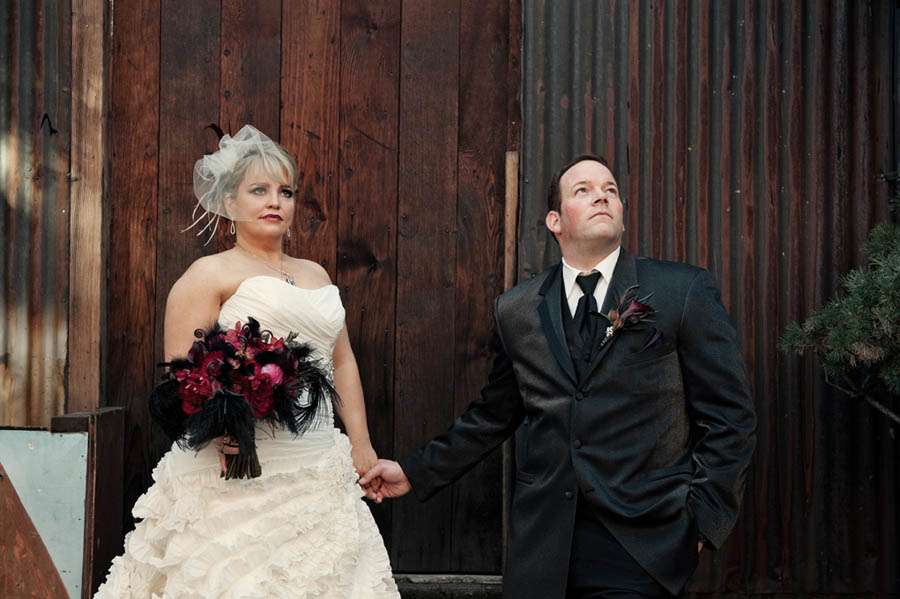 For Tressa & John, the most important thing for their wedding was that their guests were entertained and had a great time…and their Halloween 80s carnival theme complete with an costume party dress code made sure of that!

“John and I knew we didn’t want anything traditional in terms of wedding other than a declaration of love for each other,” the bride told me. “We have a fantastic, eclectic, diverse group of friends who have high expectations of us when it comes to throwing a good party so we knew we couldn’t disappoint! We both spent our most formative years in the 80s and wanted to recreate the tubular vibe while also celebrating our most favorite holiday – Halloween!” 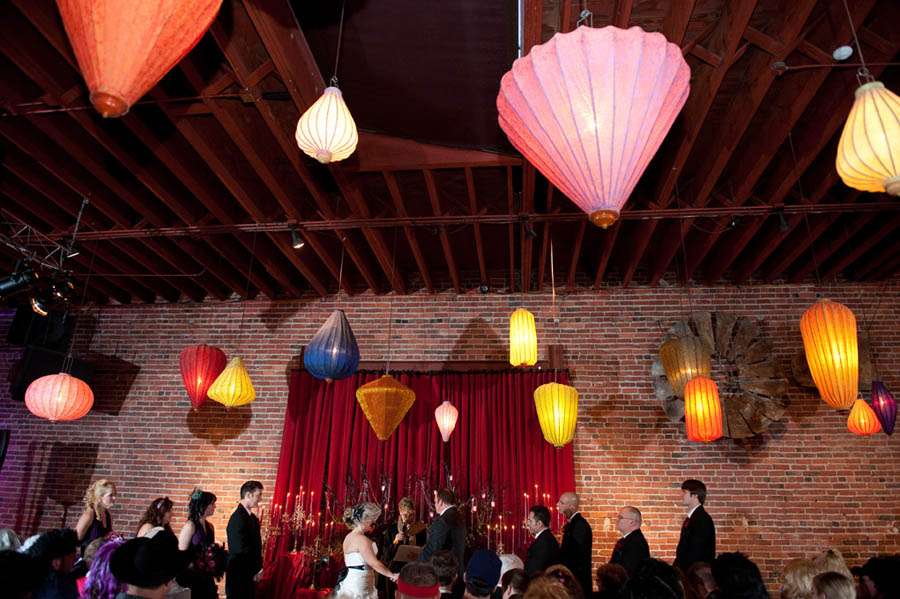 “One of the most amazing moments was looking out over the crowd before we began the ceremony and seeing all of our guests in their amazing costumes drinking our signature cocktails – Poprockatini’s and One Night in Bangkokaritas. What a way to kick off the night! And nothing personifies Rock n Roll like an 80s band! We had Mister Miygai who were fantastic!”

To decorate their venue the couple reused their vast collection of Halloween props. “We wanted to add a touch of spooky to the otherwise glamorous nightclub setting. We also employed the fabulous baking talents of my family for some fun different desserts! Caramels, popcorn balls, whoopee pies and candy apples to name a few.” 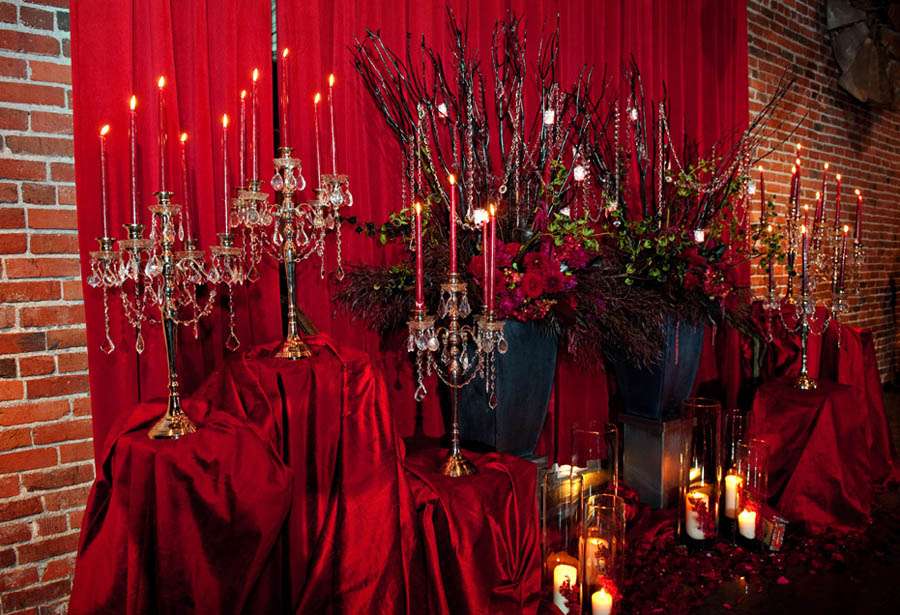 “Not only were guests entertained all night by a charismatic drag queen, a duo of aerialists dancing from the ceiling, and a rocking live 80s band, but they were also given the opportunity to play our favorite games that have become a standby at our annual Halloween bash,” John took over. “The Newlywed Game and the infamous Costume Contest with prizes are always a hit with our friends. The prizes consisted of 80s swag: classic 80’s games, Swatch watches, Rubik’s cubes, and 80s movies!” 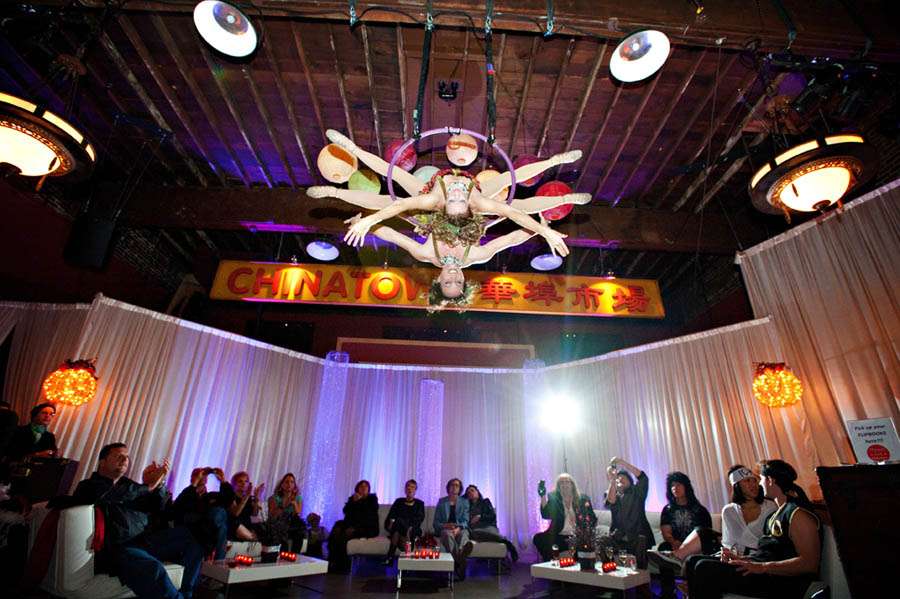 For the ceremony the bride wore a white gown but for the costume party changed into pink and black number while John transformed himself into Tom Cruise from Risky Business! 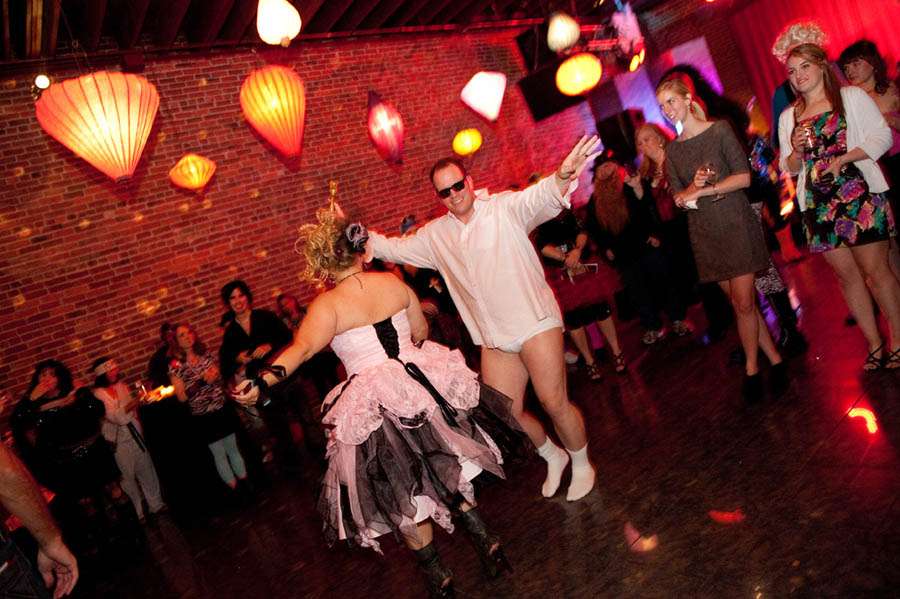 Thank you to Tressa & John and their photographer Barbie for sharing this today. 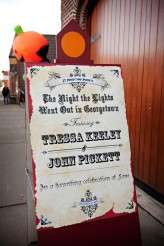 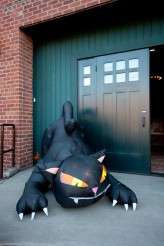 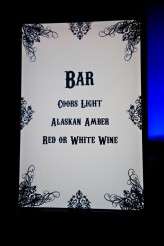 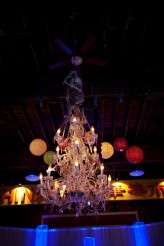 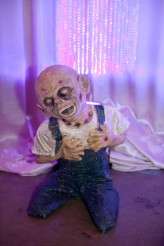 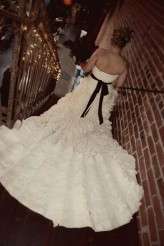 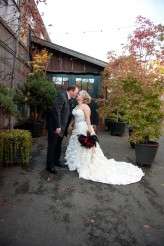 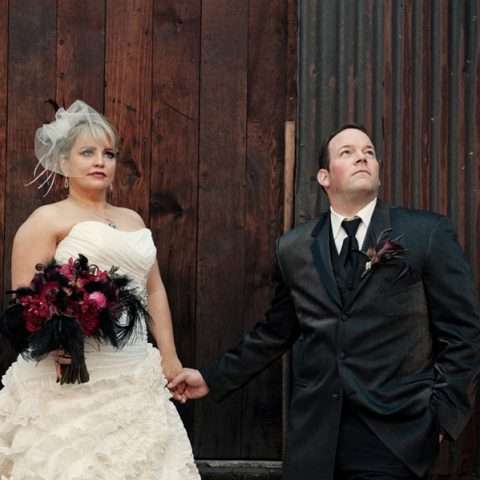 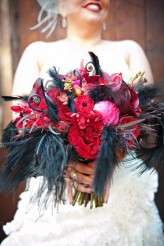 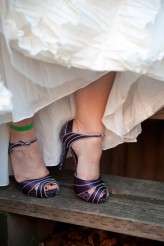 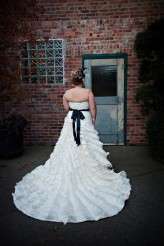 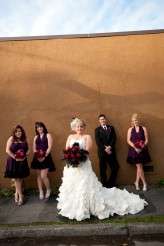 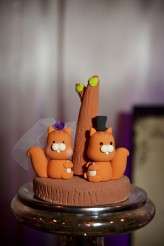 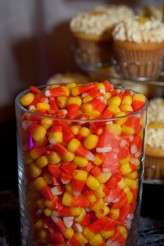 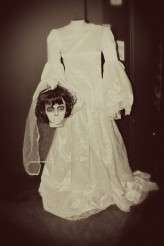 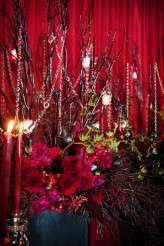 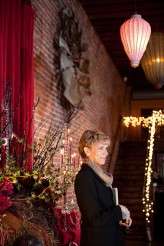 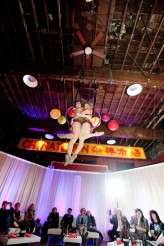 Getting married on October 31st, Rachael and Olly were always going to have a Halloween inspired day. In particular, they were influenced by Tim Burton and The Addams Family. Rachael chose her dress because it reminded her of something Dita Von Teese or Morticia Addams might wear, and Olly's outfit, pieced together from various places, was reminiscent of something Gomez Addams might be seen in.

The weather doesn't always play ball and even though the heavens well and truly opened on Kelley and Jeff's wedding day they didn't let it stop them having the outdoor ceremony they always wanted!