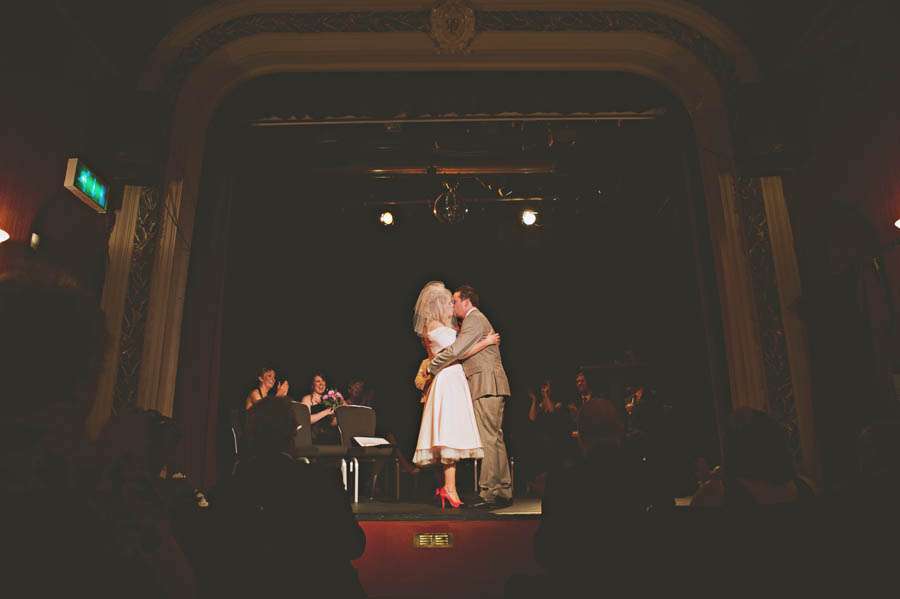 Claire & Scott chose an old movie theatre in as the setting for their ceremony, The Lantern Theatre, Sheffield. Although they hadn’t even thought about marrying in a theatre, after seeing one in Whitby they loved the idea. “We’d originally planned to marry in Whitby, as it’s a special to place to us both,” Claire told me. “Whilst looking at venues there, we were shown a theatre hidden away at the back of the sea front community centre. We hadn’t thought about marrying in a theatre, but we both fell in love with the idea. In the end, we decided that we’d rather marry closer to home in Sheffield, but the idea of marrying in a theatre stayed with us.” 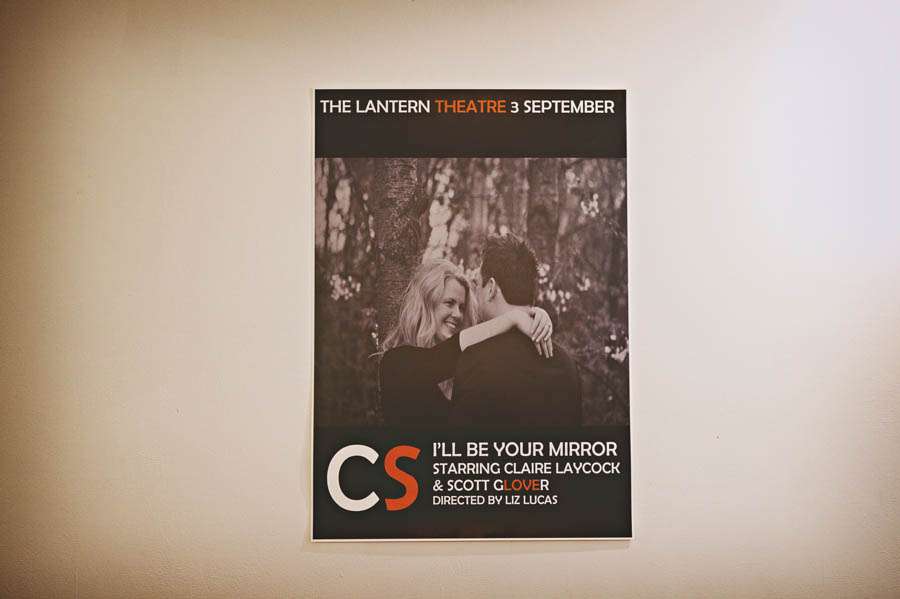 “After an afternoon on Google, Scott emailed every theatre within a fifty-mile radius of us to ask if they did weddings. The Lantern Theatre was one of the few that replied and it turned out to be barely a mile from our house. When we arrived we fell in love with the place. It’s an old 84-seat Victorian theatre with anaglyph wallpaper and red velvet seats. The staff there were so flexible and open to all our ideas. They even bought a mirrorball so that I could walk down the aisle in spiralling light. They served cocktails in teapots, put together a lighting and music programme so that the ceremony ran without a hitch and Keith – the volunteer who ran the bar – even dressed up in a dapper waistcoat and tie.” 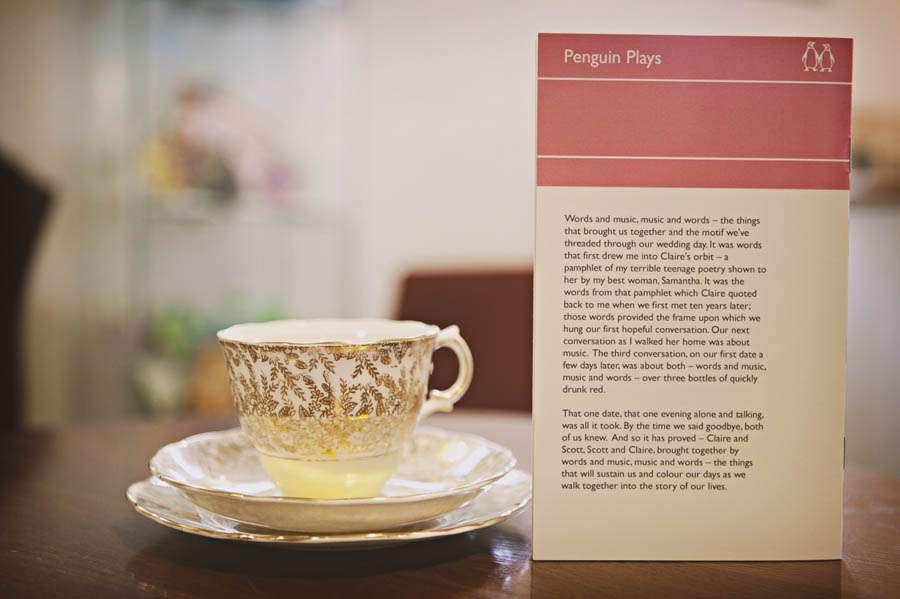 After the ceremony the couple and their guests boarded a old London bus to The Countryside Centre. “We chose The Countryside Centre because it gave us a blank canvas to work with,” Claire continued. “There are no staff there on the day itself so you have complete freedom to use whichever suppliers you want. Though there’s a converted barn and grain store, we chose to hire a marquee to make the most of the beautiful grounds and asked our caterers to set up a steak and fish barbecue, which was fantastic.” 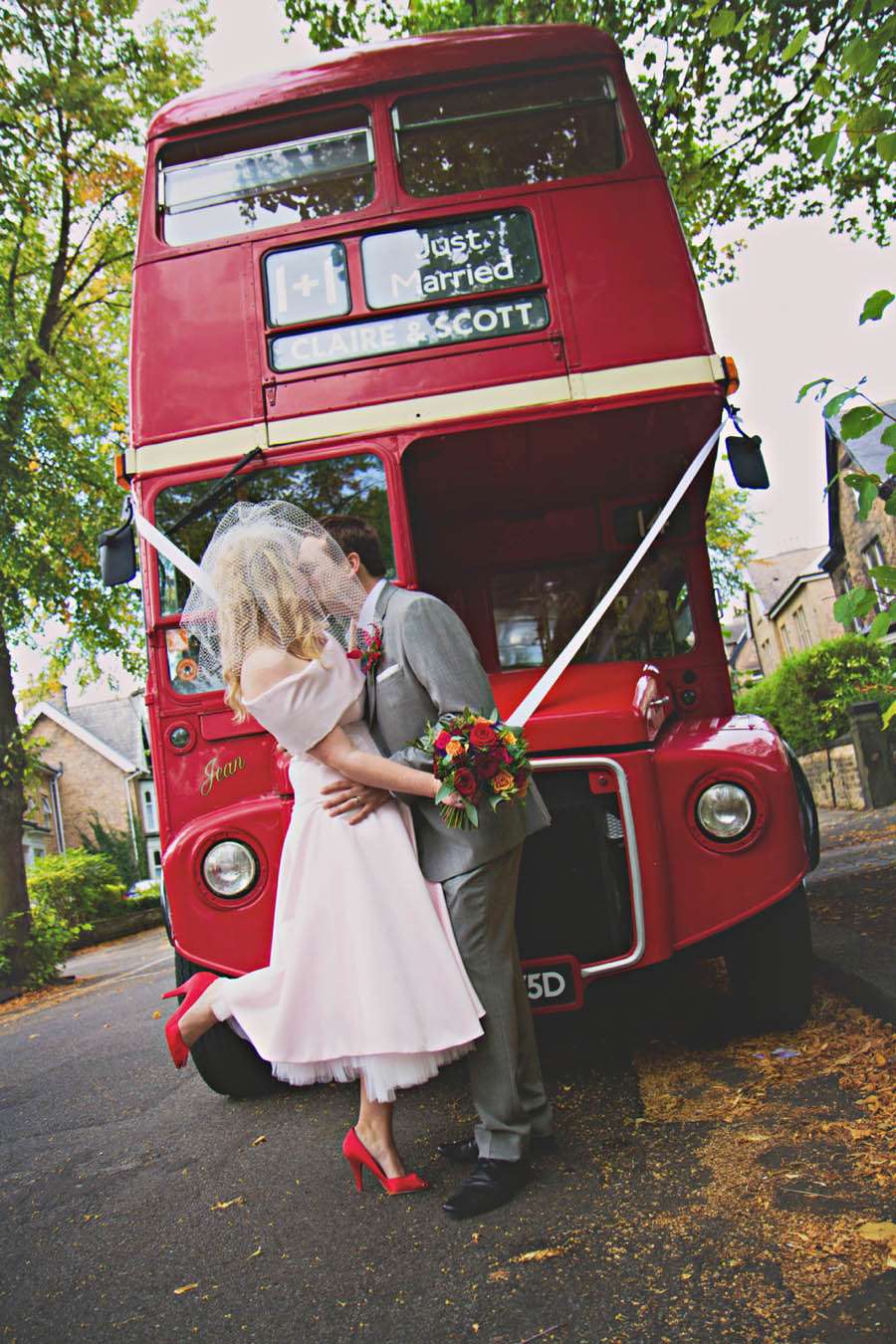 The couple chose a music and literature theme for their day. “Literature and music have always been important to us and during the planning it soon became apparent that though we hadn’t intended to have a theme for the wedding, words and music were a recurring motif. Our invites were designed to look like classic orange and white vintage Penguin paperbacks, with library tickets inside for the RSVP (we’d stamped the wallet in which the library ticket sat with the key dates of our relationship). We used the Smiths’ song title ‘There Is a Light That Never Goes Out’ as the title of the paperback/invite.” 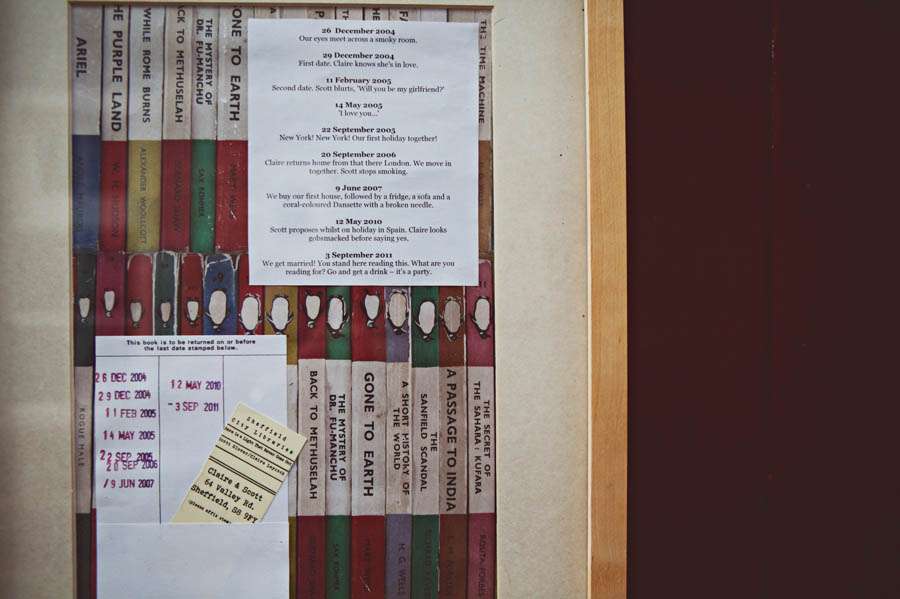 “Our place settings followed the Penguin theme, with the guests’ names replacing the author’s and a lyric we’d individually chosen for each guest replacing the title. Inside the place settings were CDs with the key songs from the wedding day. The orders of service that were handed out at the theatre were designed to look like vintage Penguin Plays paperbacks, with the title on the cover taken from a Velvet Underground song. Our readings were taken from books, except for one, which was the lyrics of the Pulp song, ‘Something Changed’.” 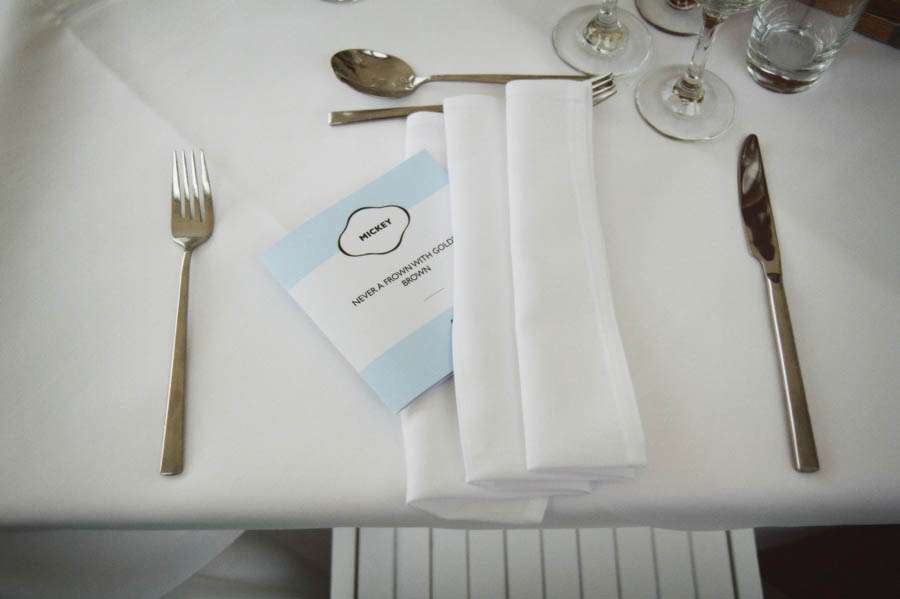 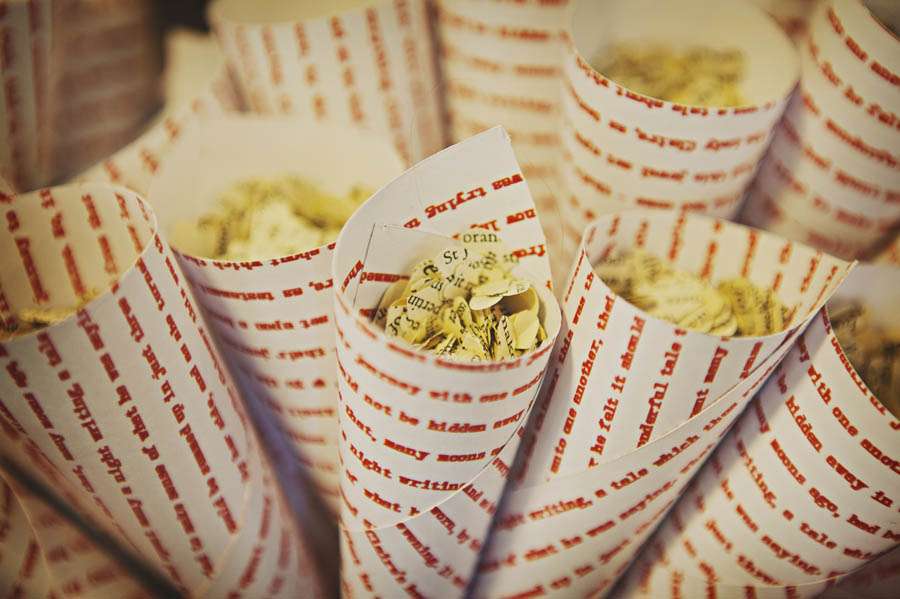 Thank you to Claire & Scott and their photographers McKinley Rodgers Photography  for sharing these with us today. 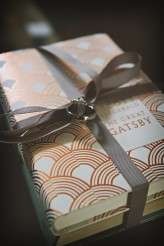 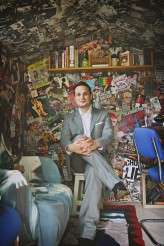 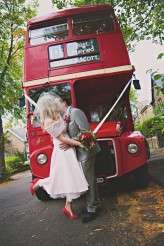 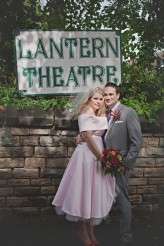 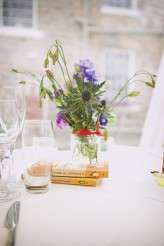 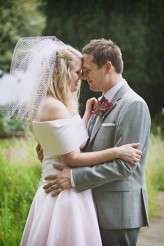