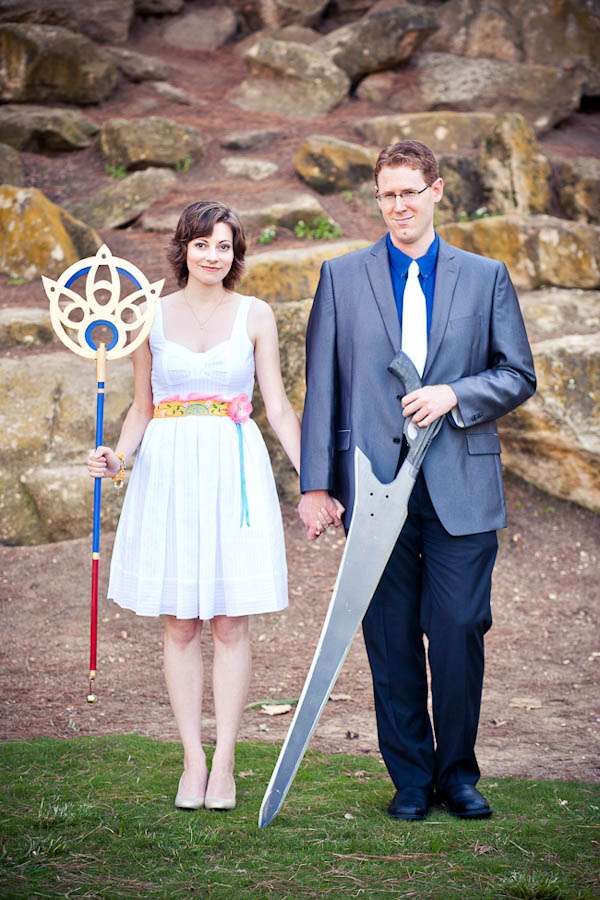 This isn’t the usual kind of shoot I’d feature but sometimes we could all do with a bit of extra geek chic in our lives!

Jennifer & Scott met in 2005 at Anime Expo, one of the largest Japanese animation and video game conventions, held annually in Southern California. At these events a lot of people show up wearing costumes of their favourite anime characters and at this particular convention they both happened to come dressed as their characters from the video game series, Final Fantasy. Jennifer was dressed as Yuna from Final Fantasy X-2 and Scott was dressed as Seifer from Final Fantasy VIII. Their shared love of the series served as a great conversation-starter! 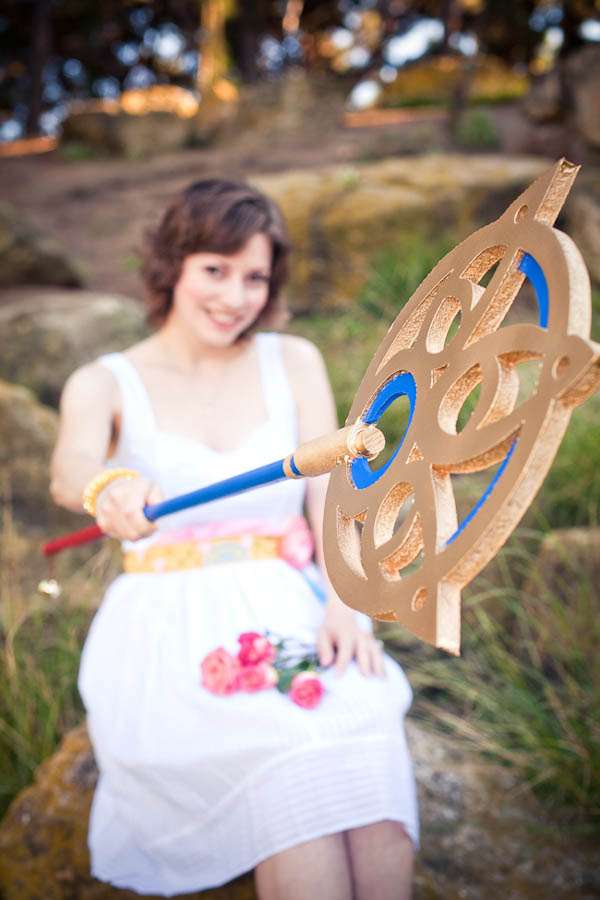 When the pair got engaged there was really only one theme they wanted to bring into their engagement shoot. They are also planning to have a Final Fantasy themed wedding – now that is something I can’t wait to see! 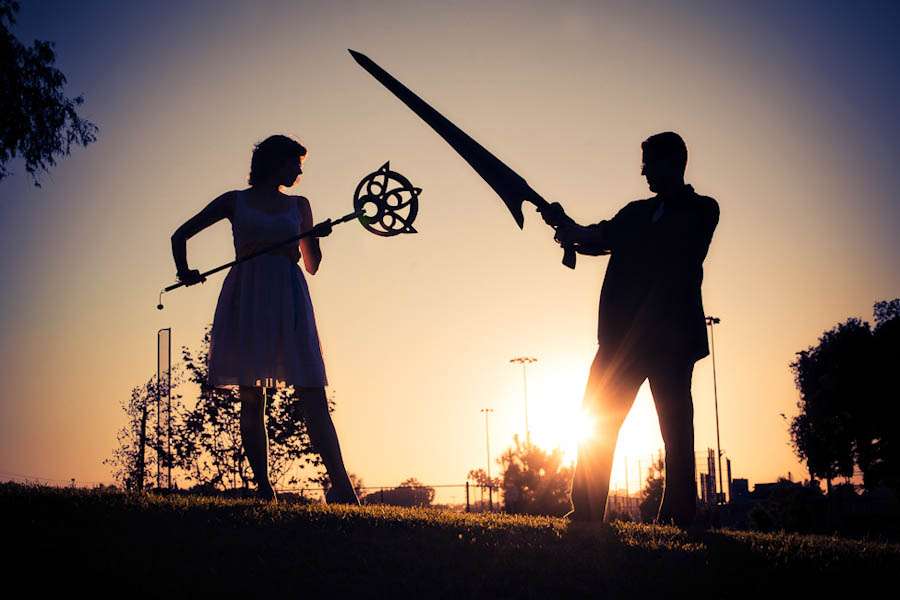 Thanks so much to Jennifer & Scott and their photographer Lori for sharing these today. 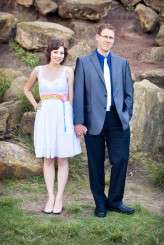 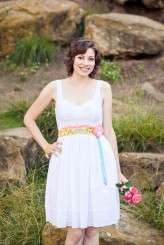 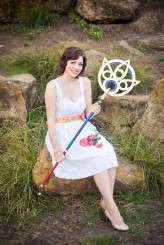 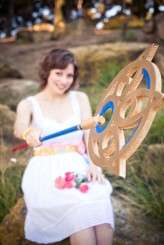 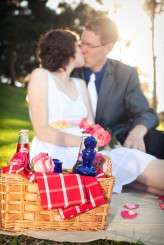 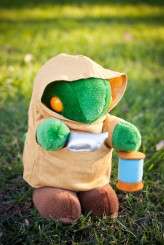 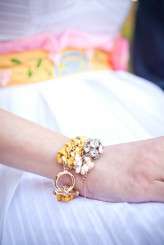 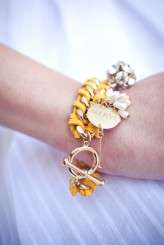