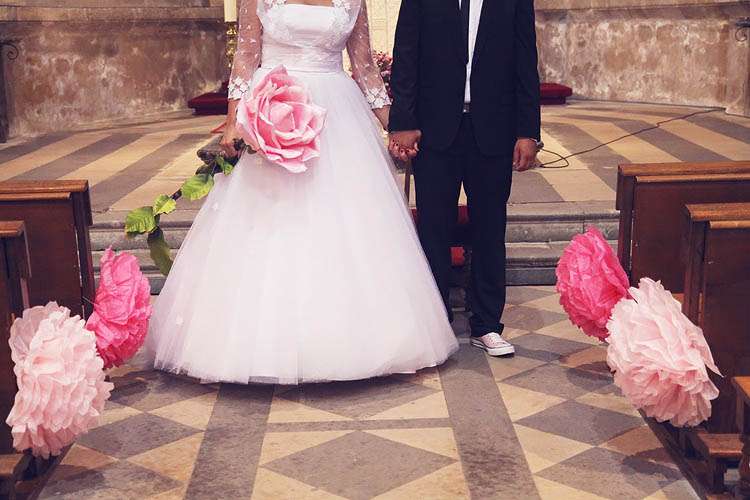 Charlotte & Cédric were married in Toulouse, France, at a former rural hospital founded in 1735 by the Bishops of St. Bertrand de Comminges.

The homemade cakes and DIY flower arrangements made this wedding personal as well as saved the pennies. The bride also made the giant pink pom pom flowers which lined the church aisle and her giant flower which she carried instead of a traditional bouquet. 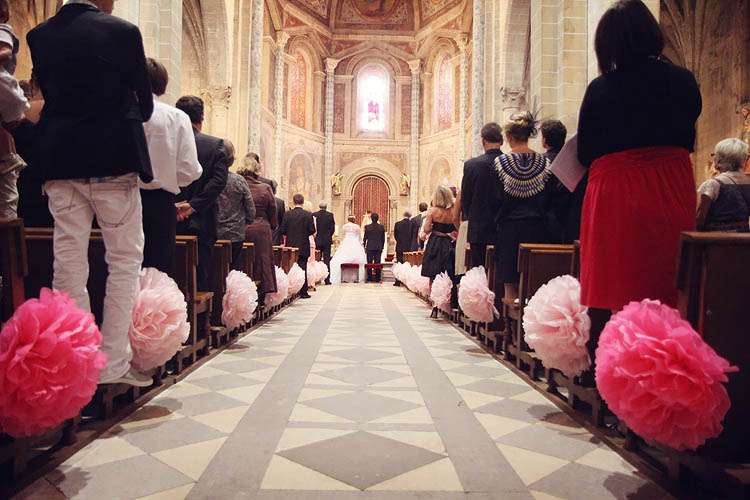 “I think it was a Rock n Roll wedding because we wanted some fun and to share our happiness without a fuss,” Charlotte told me. “We organised a bubble battle with our friends and took some photos with fancy dress props in order to help people to be more relax. I think we were Rock and Roll with our accessories too: Cédric with his pink Converse and me with my giant flower.” 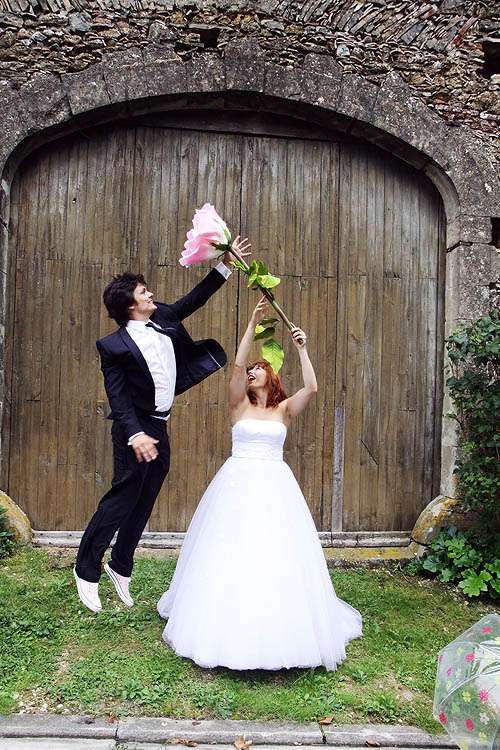 The reception has an afternoon tea feel and the decor was chosen to fit this theme, “The wedding theme was around the tea, and cake and mustaches (for Cédric!)” she continued. “Every table had some teapots, cups and flowers and each table was named after a famous person who had a mustache!” 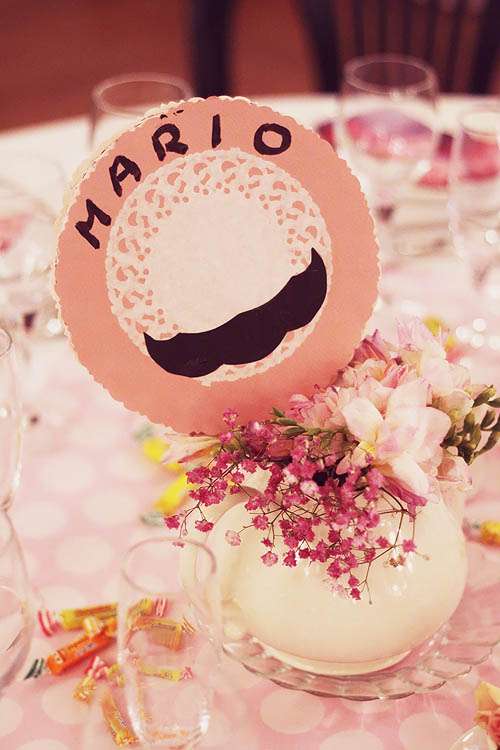 Thank you so much to Charlotte & Cédric and their photographer Floriane Caux (who shoots weddings in the UK (she has recently moved to Brighton) as well as and France) for sharing. 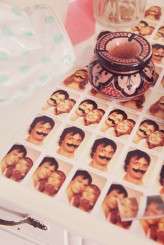 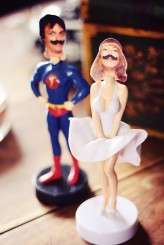 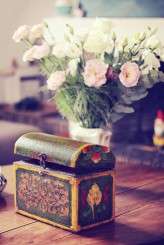 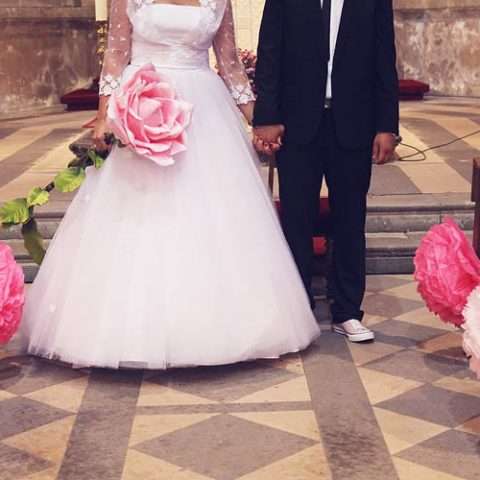 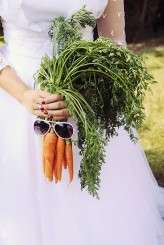 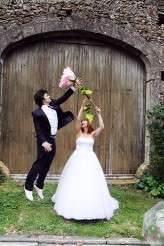 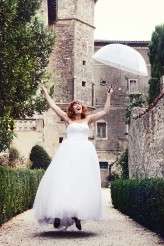 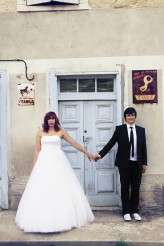 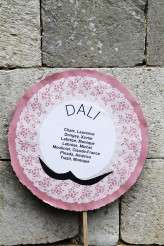 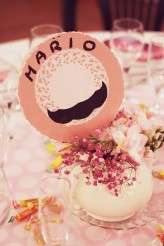 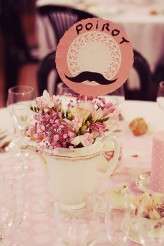 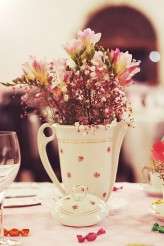 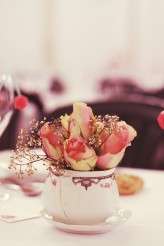 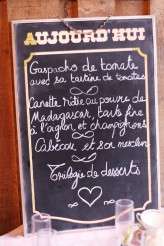 "A friend of mine described our wedding by saying it was 'kind of like the Hangover, only without the tiger'." newlywed Tiiffany explained. "Brandon and I planned the wedding purposely during our favorite holiday - Halloween. Our wedding venue was in the middle of downtown Orlando, which has a HUGE Halloween street party the weekend of Halloween. It’s loads of fun, and I knew that everyone would want to party on the streets after the wedding. Well, my maid of honor partied a little too hard, and we ended up in the emergency room the night of our wedding. Haha. I love her!" Brandon & Tiffany were married the day before Halloween at Sak Comedy Lab. As you can see, they wanted a real party atmosphere for their wedding and so threw the rule book out the window when it came to deciding what they wanted.

Katie & Richard were married at The Venue at Smith Brothers in Columbus. Their wedding was bright, colourful (just check out that awesome bridal party!) but most of all lots and lots o

After a city hall ceremony, Elisabeth and Benjamin's beautiful French wedding was held at Bizz’Art Club in Paris, They wanted a cosy day that was comfortable and enjoyable for all their guests.

It seems that recently not a week goes by when I don't get a flippin' incredible wedding submission from wedding photographer Assassynation... This woman is just a magnet for awesome weddings! It must be because so many of her couples find her through Rock n Roll Bride - not that I'm biased or anything but it is widely accepted that that Rock n Roll Bride readers are the coolest couples, like, ever. So when Kenna & Scott's nuptials slipped their way into my inbox a few weeks ago I, as ever, couldn't wait to get them on my blog. The intimate wedding took place in France and Monaco. The bride & groom just bought their maid of honour and her partner as witnesses. They hand no other guests. The ceremony was at L'Abbaye in La Colle Sur Loup, in the south of France and for the reception, they hopped over the border to Monaco for a low-key meal at the four star luxury resort of The Fairmont in Monte Carlo.

This beautiful wedding was sent over the channel to me by French newlyweds Virginie & Julien. They were married at Church of Saint Joseph des Fins in Annecy. After cocktails at the adjoining church hall, their simple reception was held in a restaurant, La Ferme des Ollieres, in Les Ollieres. The bride handmade her outfit including her dress and headpiece and she wore shoes from H&M. "I own a ready-to-wear clothing line but I plan on making a bridal collection because I had so much fun making my own dress!" she explained. "I bought my shoes for 7€ (about £5) from the high street two days before the wedding! I was planning to wear off-white shoes but I found this pair much cuter."

Lor and Nico were married in France. An artist and a musician, they were always going to have a creative wedding. The bride handled most of the décor herself. "As an artist, Lor loves colour, and since this is part of her job she was keen to take care of the décor herself". began the groom. "She did the invitations and the entire venue set up. I play and sing in a Rock n Roll band so we also wanted an element of Rock n Roll in the day."