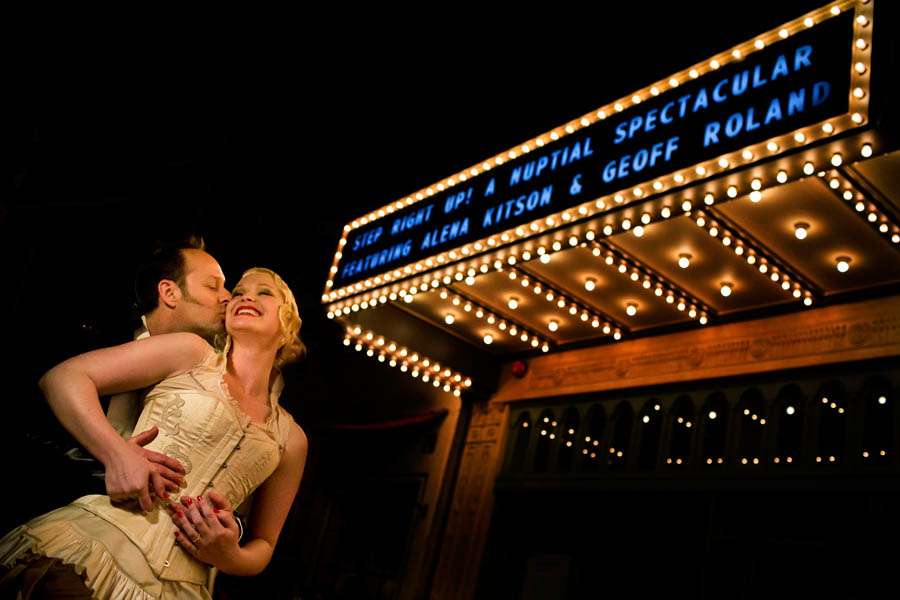 Alena & Geoff were married at The Granada Theatre in Santa Barbara. Their fancy dress, circus themed day was certainly a show-stopper, especially as the majority of their guests really got into the swing of it and made a real effort with their outfits. “We invited our guests to dress up, and that made them fully participate in all aspects of the circus/carnival wedding,” they told me. “We had 2 guests as ‘door clowns’ who checked people in, gave them clown noses and flags. We had a popcorn man in the lobby of the ceremony giving out popcorn bags. We borrowed huge circus banners from other friends and used them to decorate for the reception.” 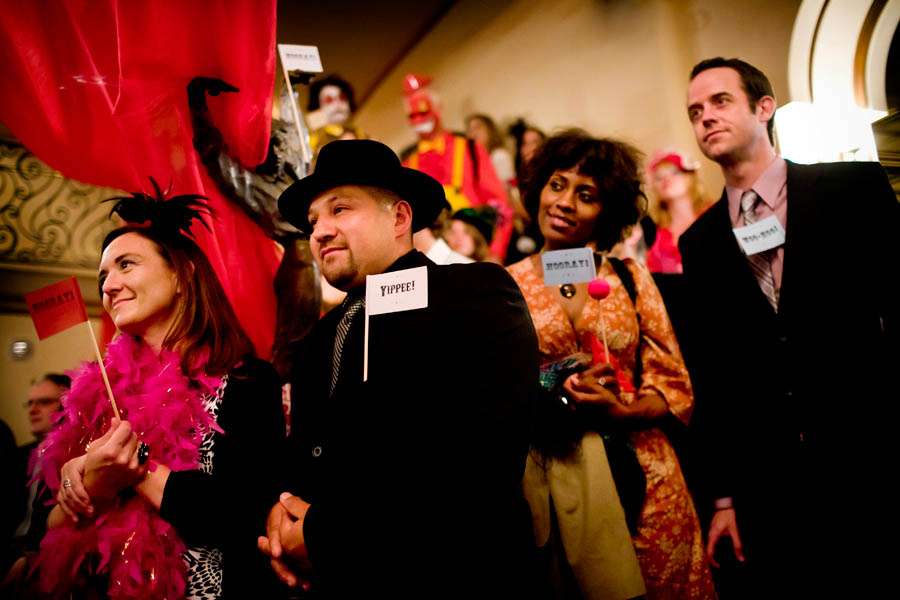 The couple made a number of DIY items to go with their theme, but were keen to pass on to the readers of Rock n Roll Bride that there is no need to stress about the ‘little’ things on the run up to your big day. “We made flags for our guests, our own centerpieces, and other decorative touches. Don’t waste time on gifts or things you and others won’t care about though.” they explained. “We filled large vintage popcorn boxes with bottles of water, snacks, local things to do in town and directions to the event and had them given to our guests when they checked in at their hotels.” 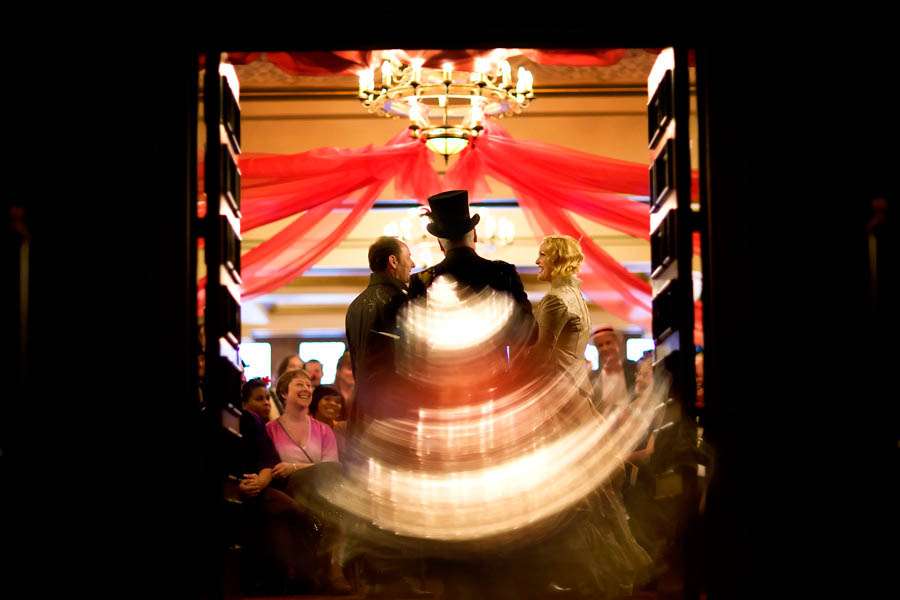 Alena wore a custom made dress from Skingraft, Fluvog boots and a hair piece that she made herself from feathers, copper wire, a piece of gold veil and a costume jewellery blue brooch from her great grandmother. 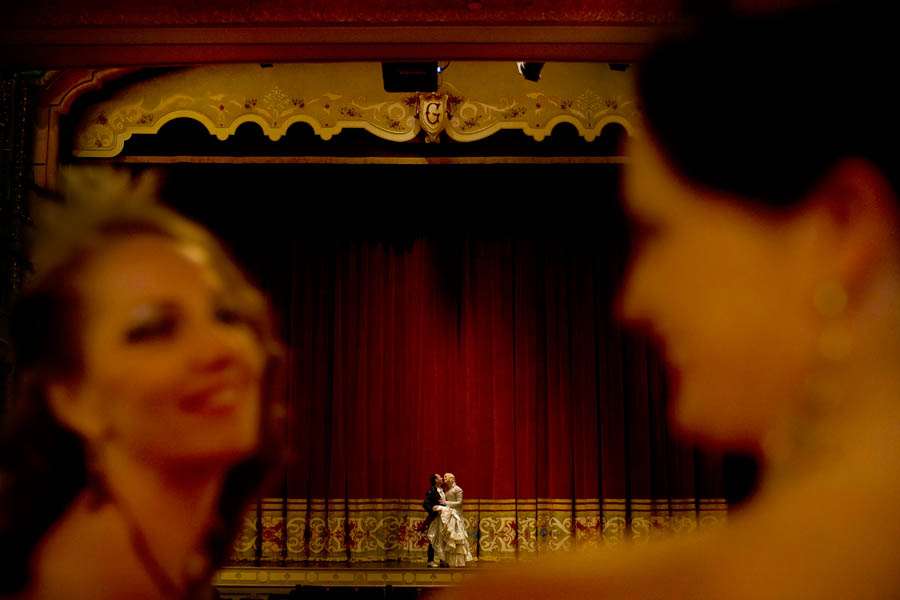 Love and thanks to Alena & Geoff and their photographer Ben Chrisman Photographers for sharing their day with us today. 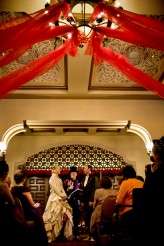 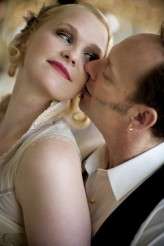 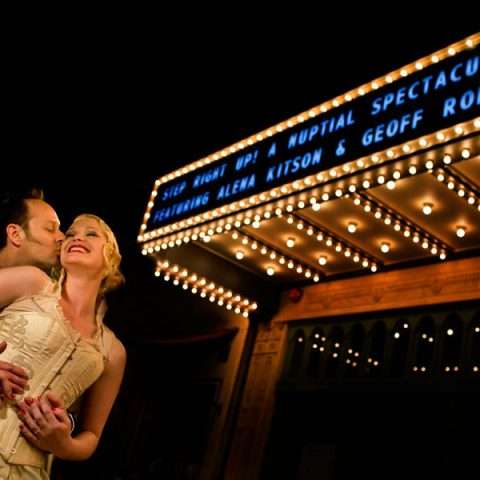