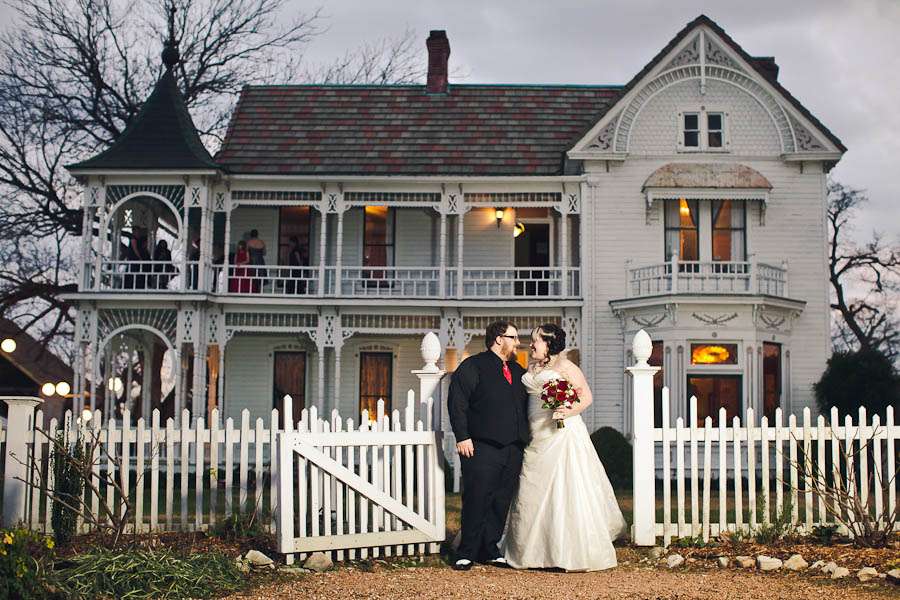 Sarah’s bridal shoot was super kick ass so I’m more than a little excited to be sharing her wedding today too. She married Barrett at Barr Mansion, Austin. She explained, “As for location, as I said several times, I didn’t want to be in the middle of a field with a bunch of grass and trees because that just isn’t me!  I love cities and urban living and wanted my photos to reflect my love for those quirky little places you find around Austin.”

“I loved the recycling plant idea with those huge piles of twisted metal!  My inspiration for my entire wedding look just came from my love for pin up girl looks along with the very intense desire to not look at my wedding photos in 20 years and say “Oh my gosh!  What was I thinking wearing that ______ (insert crazy, over trendy item here)!” I truly wanted a look that was me, just prettier!” 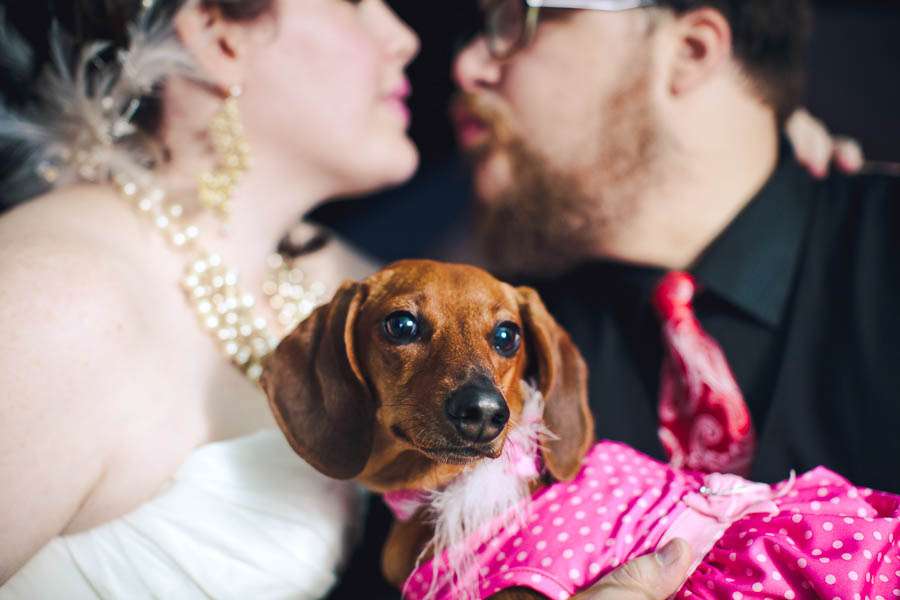 Sarah wore a Pronovias gown with flat Irregular Choice shoes (my kinda gal!) and made her own bouquet from jewellery. ” My necklace was actually found at one of those crazy bridal extravaganzas from Stella Dot.  Saw it there, tried it on, and decided within 5 minutes that it was THE necklace! My shoes were none other than Irregular Choice!  Love them!  I really wanted something fun, quirky, and comfortable…and flat, as Barrett is only about an inch taller than me!” 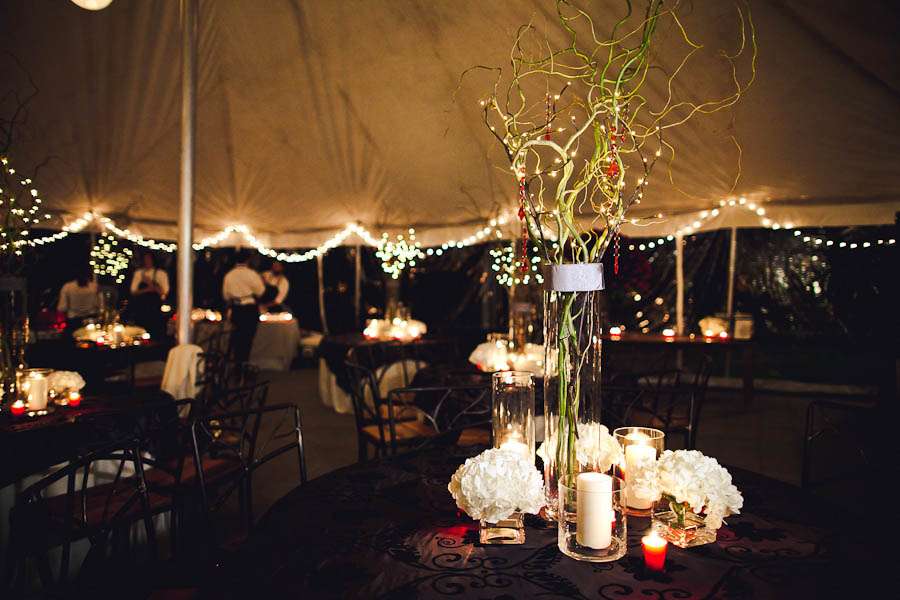 Love these guys! massive thanks to Sarah & Barrett and their photographer Caroline for sharing these today 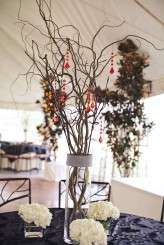 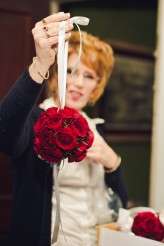 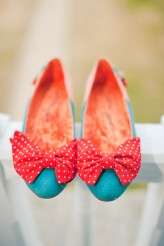 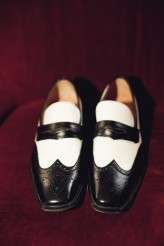 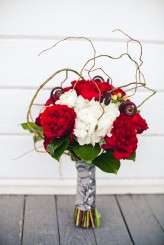 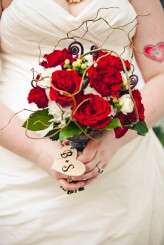 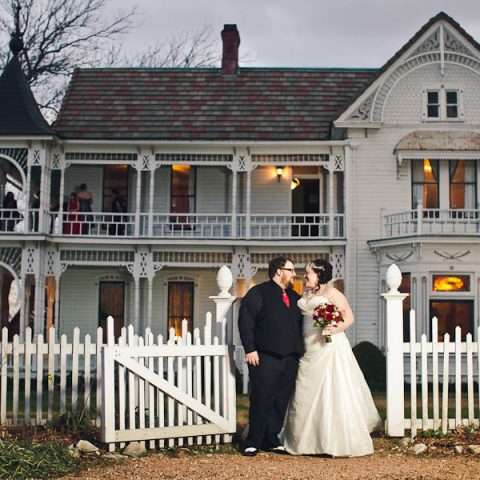 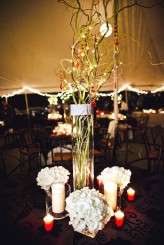 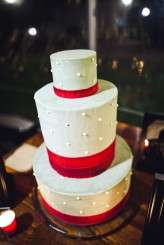 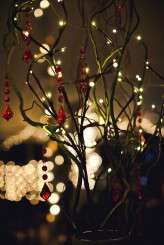 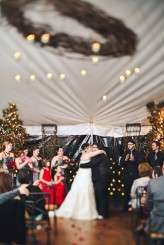 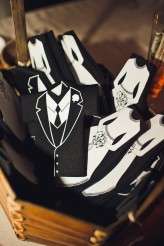