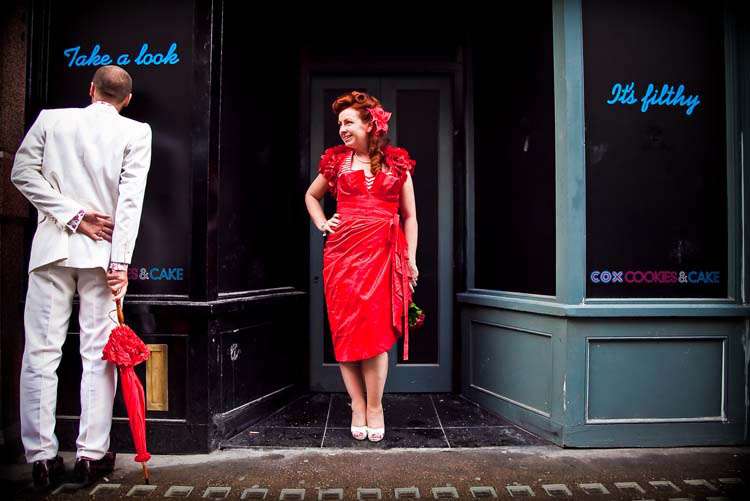 Sammy & Ian went for a quirky, modern and London theme for their Soho wedding. Being a costume designer, the bride made her own dress based on the late 50’s early 60’s silhouette of tight and knee length, with a bit of Vivienne  Westwood influence. “It was made from red silk Dupion, and the corset was white duchess satin with red silk ribbon stripes sewn on top,” she explained.

Sammy also designed Ian’s unusual and fabulous suit which was made out of venetian wool and was based on a 1960’s design. 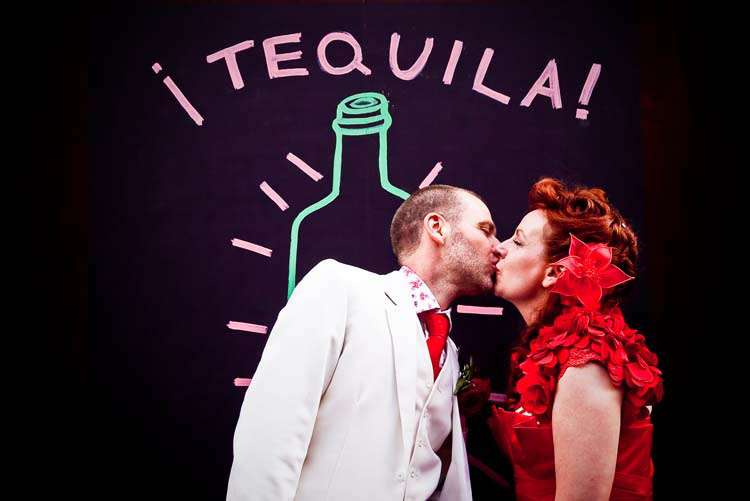 The couple hired a red London bus to take their guests from Marylebone town hall, where their ceremony took place, through London to Century on Shaftesbury Avenue for their casual and fun reception. They didn’t want a sit down traditional meal and so instead had barbecue style finger food. They drank raspberry champagne cocktails and pink punch. 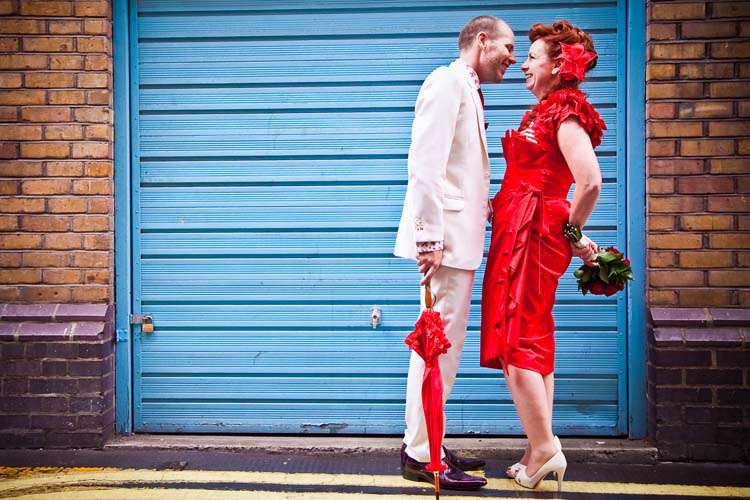 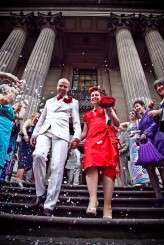 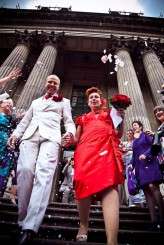 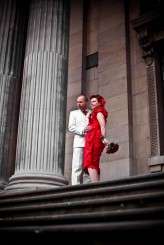 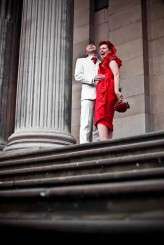 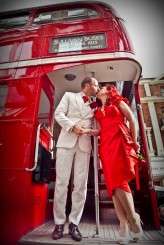 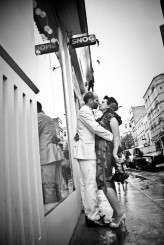 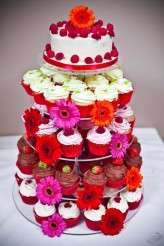 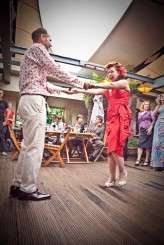