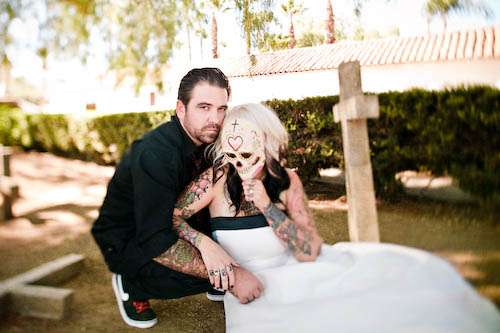 Photographer Michelle met recent bride Jesikuh through a mutual friend. Jesikuh had always wanted to do a trash the dress/bridal shoot as she and her husband Chris didn’t have professional photographs taken at their wedding and – in fact she didn’t even have her own wedding dress! Luckily a good friend was happy to give her their dress to do what she wanted with it for the shoot.

Jesikuh just wanted some amazing pictures of her and husband that really told a story about them as well as showcasing their edgy style.  After discussing locations, the team decided that the Pala de Luz Mission in Pala, CA would be cool as their was an old cemetery there. Both Jesikuh & Chris are big fans of the”Day of the Dead” styling so they brought a mask they had made themselves to pose with.  The shoot concluded with Chris graffiting the dress! 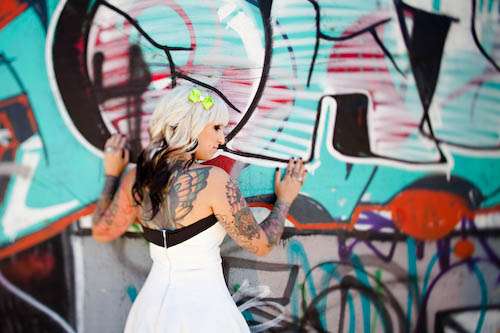 Thanks to photographer Michelle for sharing these today 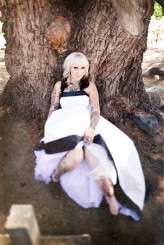 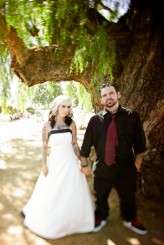 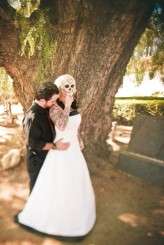 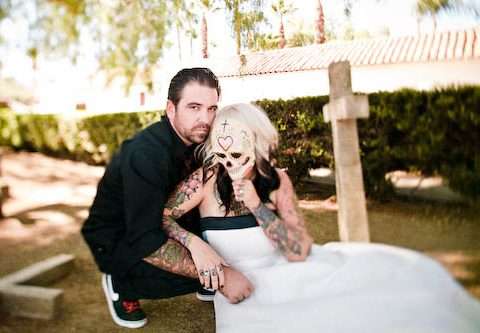 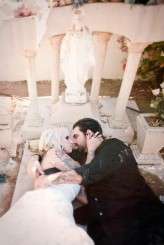 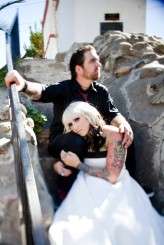 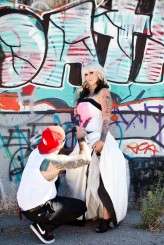