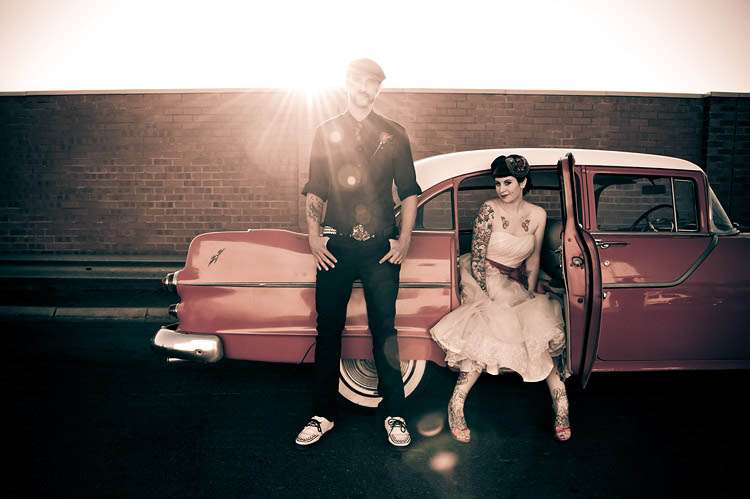 The South African weddings are ruling Rock n Roll Bride right now (did you see this incredible wedding I blogged earlier in the week?) and I get very over-excited when I receive submissions for weddings as cool as Jen & Andrew’s. Their rockabilly-inspired wedding took place at Olympus Stream, Pretoria, South Africa. 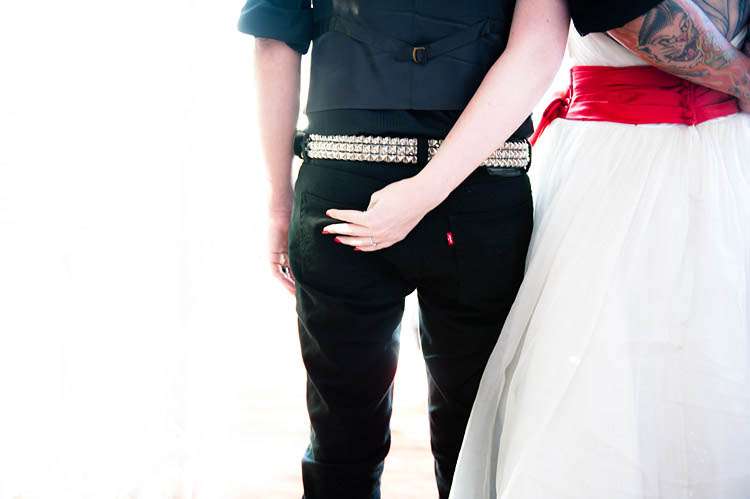 “Andy is the upright bass player and vocalist for one of the few Rockabilly bands in South Africa called Reverend Wright and the Mystery Train Gamblers,” Jen explained. “We pretty much live, breathe and eat rockabilly even though it is still so small in this country. We just wanted to be ourselves without having a boring and stiff wedding day. Andy designed all the menu/name tags/invites etc, we stuck to an old school tattoo theme for that, and everything else we just stuck to what I liked, and what shouted Andy & Jen.” 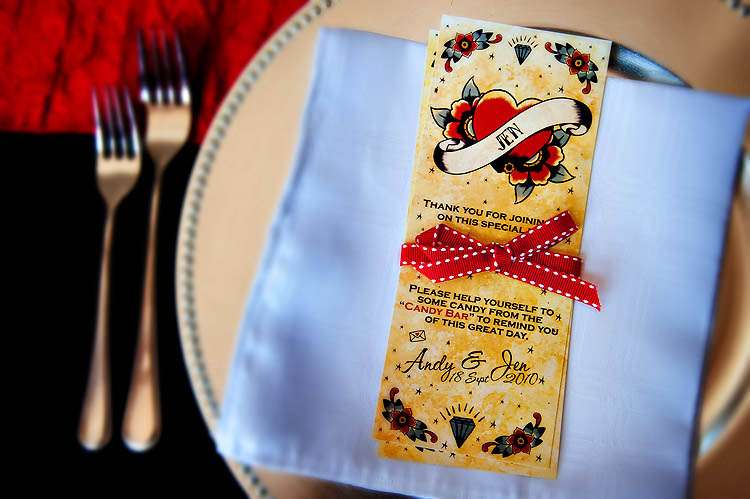 “Martin Rocka played, who are actually a Psychobilly band from Johannesburg, SA, they are my fave band, so it really helped with the vibe. We also had a jukebox, and Dj Ipod, which we loaded with all our favourite songs. We also had the ever so popular Candy Bar, which was such a great hit, we had to chase people away from it so that we could do our first dance.” 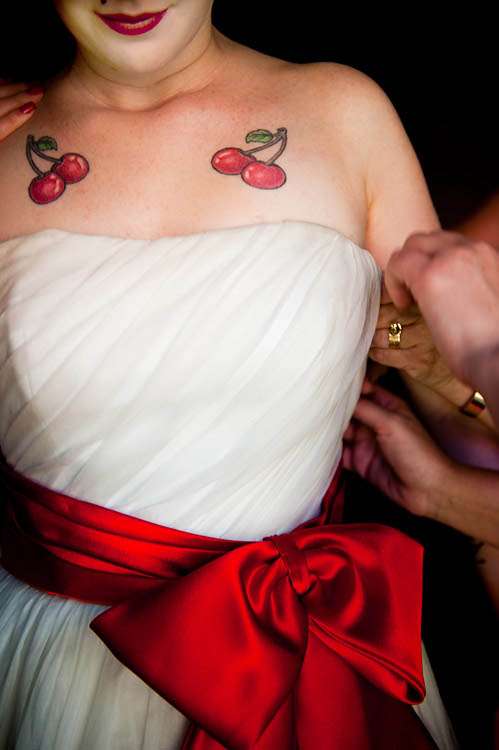 Jen wore a stunning Michelle Roth dress which she found in San Deigo. “We found this small boutique called “Here Comes the Bride”, and took one look at it and knew it’d be out of our price range, but we went in anyways (for fun). We explained the kind of dress I was looking for, and the lady helping me ran off and brought back the most amazing dress, I tried it on and fell in love with it right away, yes it spoke to me! It was twice my budget, but after not finding anything nearly as awesome, my Dad said that I should go for it, and I did. Luckily they could vacuum pack my dress, although it still took up half my luggage space on the way back to SA (so worth it!). I had the sash and bow changed to red satin, by a friend of my Christine of Smells Like Psycho. She also made my bridesmaid’s dresses.” 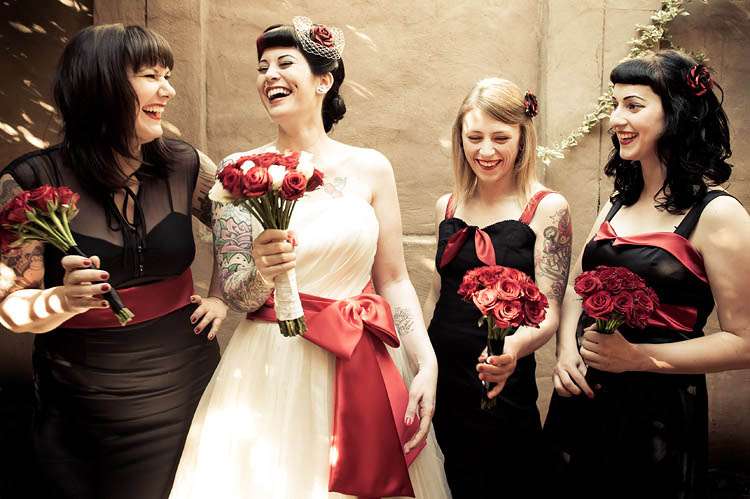 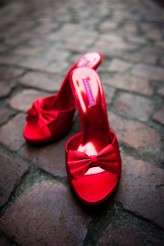 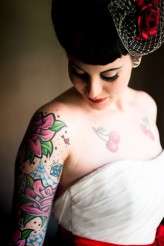 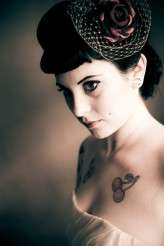 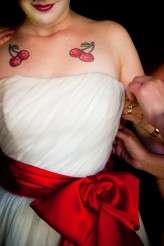 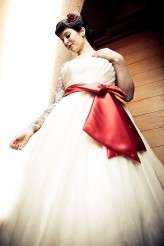 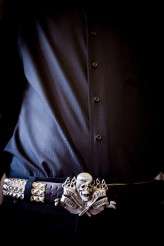 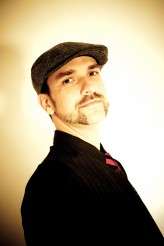 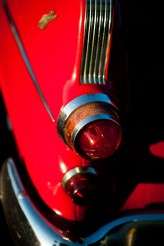 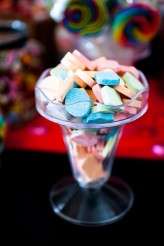 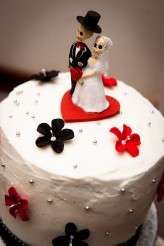 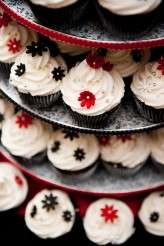 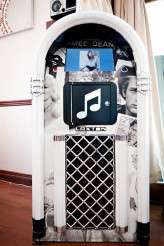 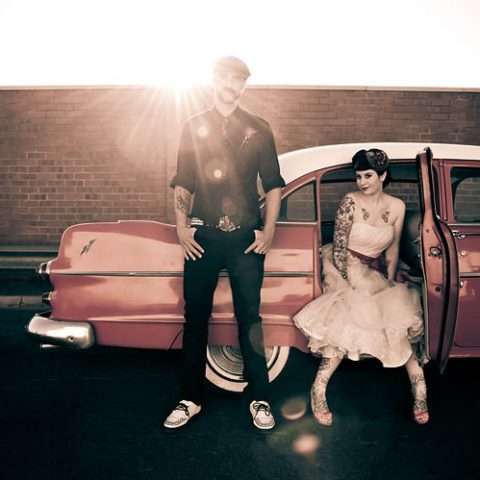 Katie & Richard were married at The Venue at Smith Brothers in Columbus. Their wedding was bright, colourful (just check out that awesome bridal party!) but most of all lots and lots o