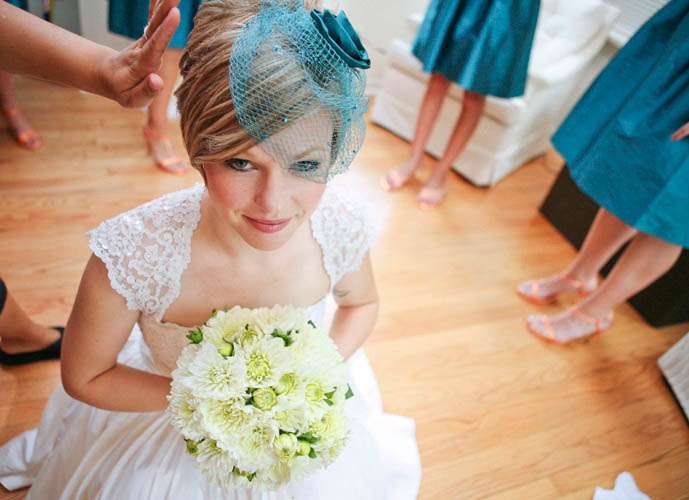 Dave & Kirsten’s kooky and personal wedding was created as a perfect reflection of them as a couple. Their love of tattoos, fashion and all things vintage was their inspiration and what really shone through on their day.

The bride knew she wanted a flattering tea-length dress but after a fruitless search in dress shops and even online, she decided the best way to get her perfect gown was to create it herself. She went to the drawing board and drew out her ideal dress which she then brought to a seamstress who worked with her to make it. She accessories with a blue birdcage veil which she picked up from a vintage shop in Chicago. She picked the colour to match her bridesmaid’s dresses. Finally, to complete her look she wore one of a kind jewellery all made for her by friends. 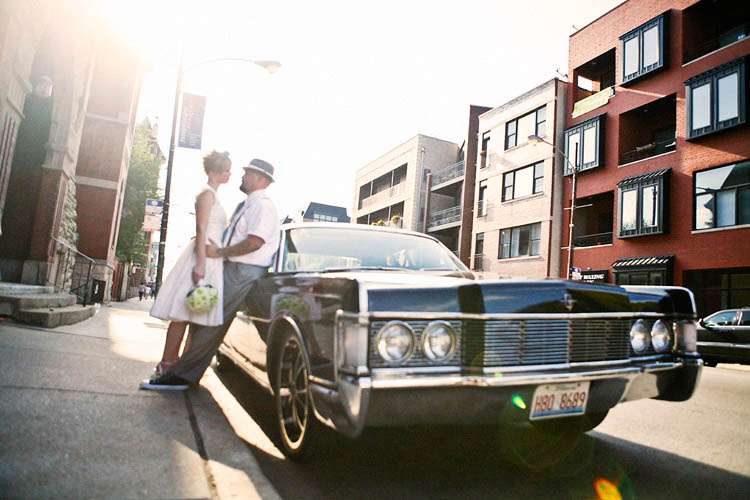 As wedding gifts to each other, the tattoo-loving couple both got matching bird tattoos and as an extra special gift to his bride, Dave restored a 1968 Lincoln Continental which he surprised Kirsten with on the day! How amazing is that?!

As a final, super personal touch, instead of favours, the couple made a donation in their honour to Mia’s Children – an orphanage that educates and houses homeless children in Bucharest, Romania. Kirsten used to work for this foundation and so this was something very close to her heart too. 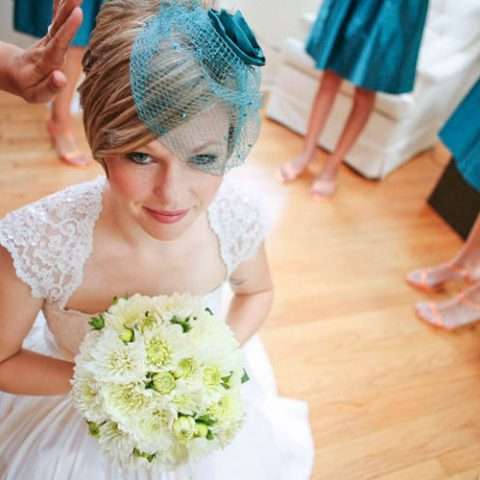 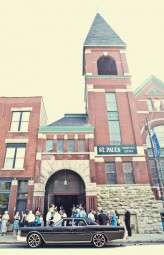 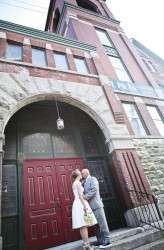 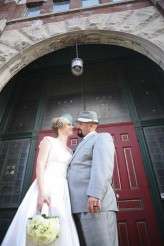 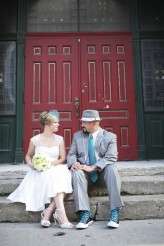 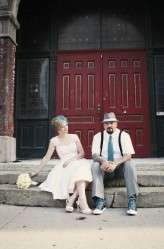 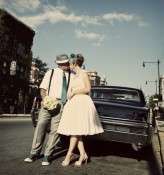 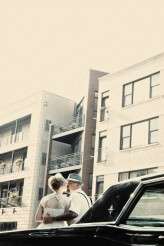 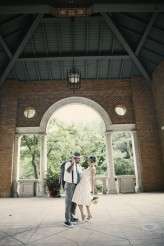 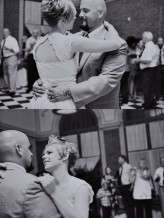 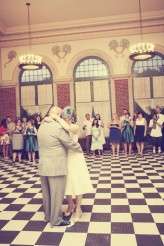 If this is how you do weddings in Chicago, I want in. Let me just list the boxes Brandi and David ticked on their incredible day: a romantic rooftop first look, getting hand tattoos in their hotel room, playing with smoke bombs against the backdrop of a spectacular rainbow, and their two pups were the ring bearer and flower girl! Then, as if that wasn't kickass enough, a week later the bride contacted photographers Ed and Aileen Photography to do a 'trash the dress' session, which took place in Lake Michigan on a 2°C day! That's not just setting the bar high, that's sending it stratospheric.