Nick & Hannah had a 3 day wedding at Christian retreat and conference centre Lee Abbey. The celebrations started with a day of fun activities for all their guests including archery, mountain boarding and zip wiring through the forest. Not only that, but all their guests were invited to wear fancy dress. That sure made for lots of laughs and some awesome photographs. The couple made an extra special effort, coming as Robin Hood and Maid Marion. Hannah had even worn her Grandmother’s own wedding dress in memory of her. 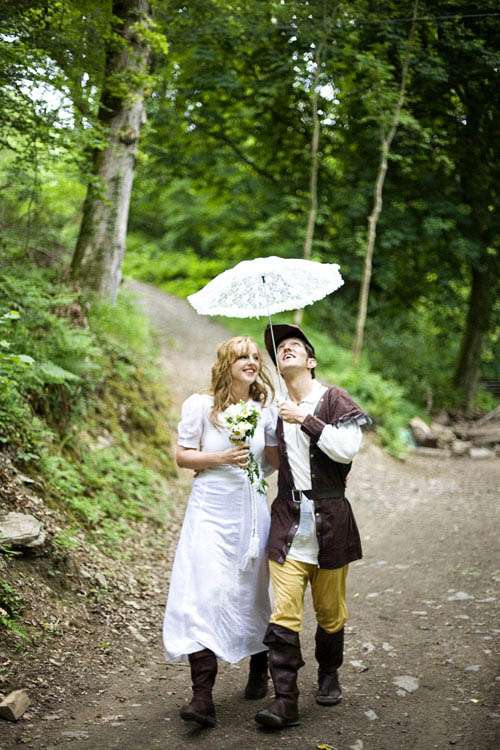 After all this hilarity, the party continued with a roast lunch at The Beacon Centre and a few speeches. Nick & Hannah then headed out with their photographer Rosie to get some amazing and dramatic wedding day portraits. “We first went to the Valley of the Rocks” Rosie explains. “Doing photographs here was really important. It is a very special place, close to Hannah’s heart and very meaningful – no pressure then! Rather fabulously, although it had been sunny earlier in the day I had been hoping for some really moody sky shots for this location and as we drove up it was like God painted the sky for us!” 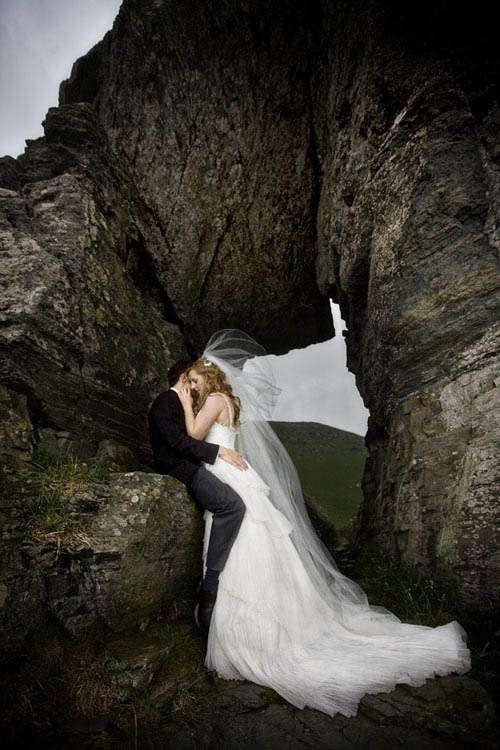 Thanks to Rosie for sharing this awesome celebration with us today 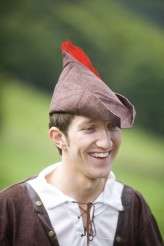 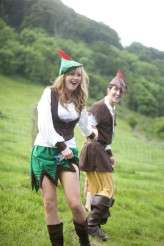 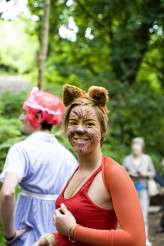 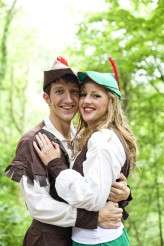 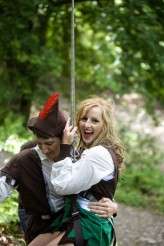 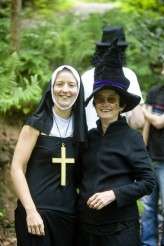 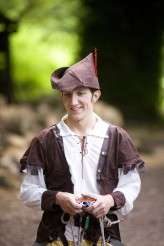 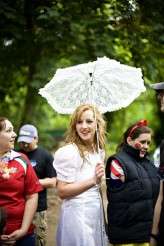 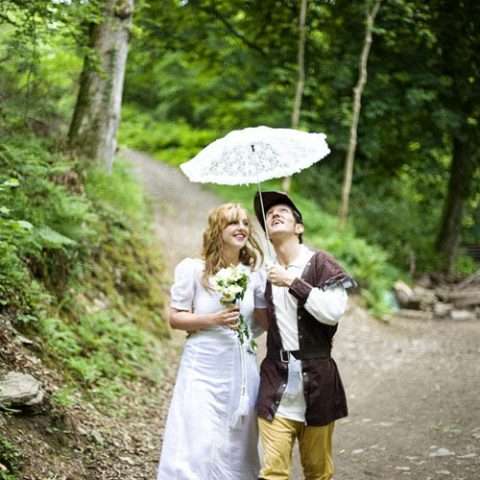 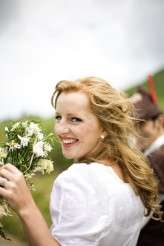 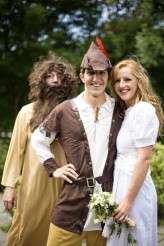 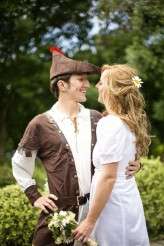 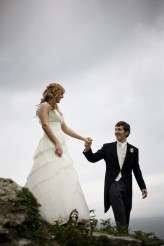 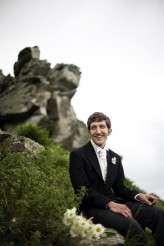 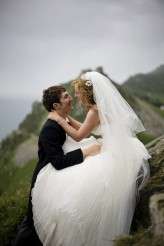 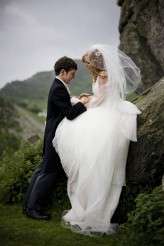 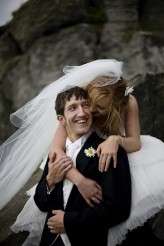 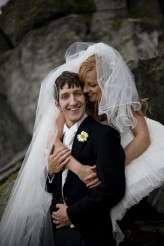 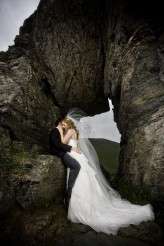 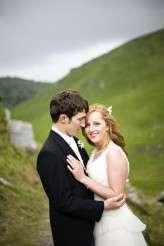 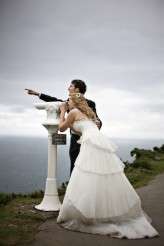 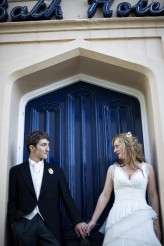 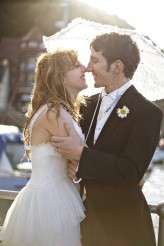 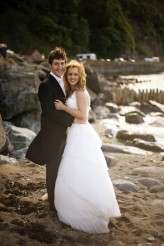 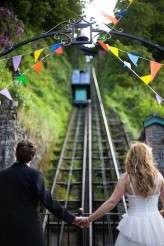