As a pale chick with brightly coloured hair myself, I felt an instant affinity to Cheyenne’s photo shoot. Photographer Sarah wanted to contrast with something dark and almost gothic is style as she knew this would create a really dramatic impact. “The black lipstick was definitely my starting point for the rest of the styling. Our first outfit was the lace trimmed bodysuit with the patterned tights and long coat. We shot in the late afternoon, but it was still over 100 degrees here (LA), she was a real trooper. I thought that this would be an interesting approach to a boudoir session with a bride not into the traditional lacy panty pics. I hope I find a bride who would be down for it! ha. All of the outfits were from my vintage and thrifted collection of pieces.” 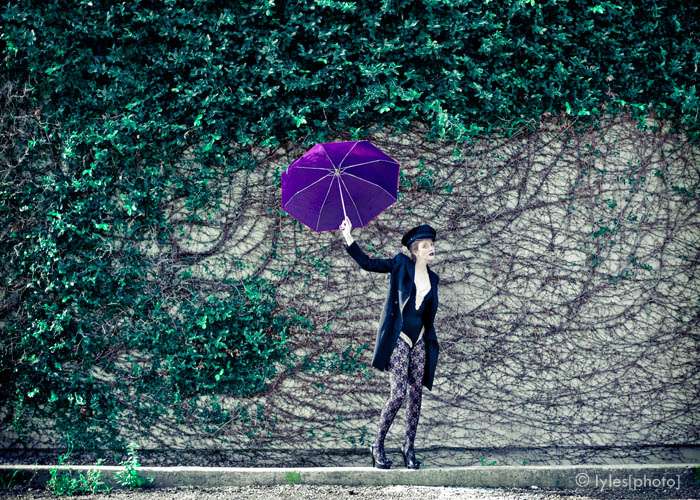 The second model is Frieda. For her session Sarah wanted to create something almost Tim Walker-esque and really wanted to see her in the Japanese magnolia tree which is one of her favourites in her back garden. “She had just dyed her hair, so it was SUPER red” Sarah told me. “I wanted to use backdrops that complemented the hair. I worked well with the blooms in the tree. It also went perfectly with the mound of vines and sticks I laid her in later on! Someone on flickr said that the tones were “velvety”; I tend to agree. Her hair looked vibrant and rich against the vines.” 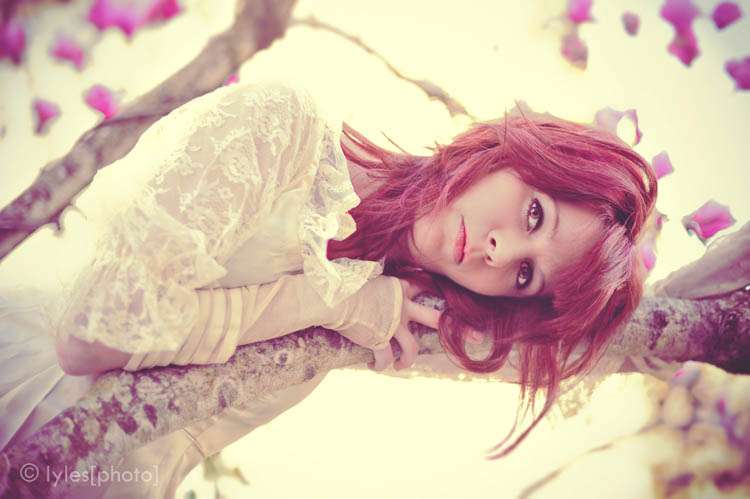 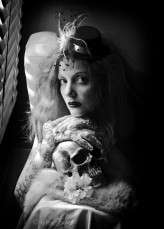 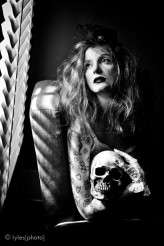 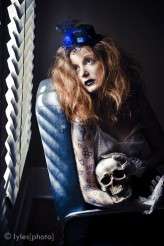 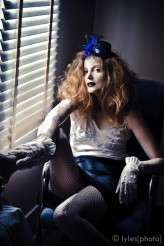 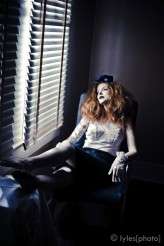 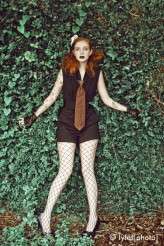 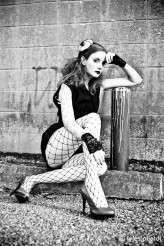 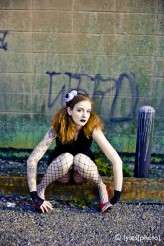 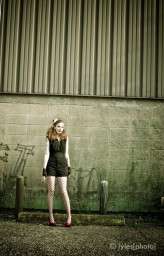 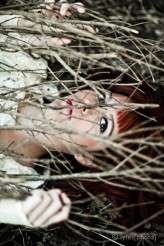 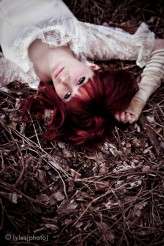 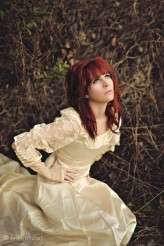 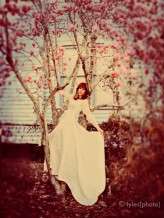 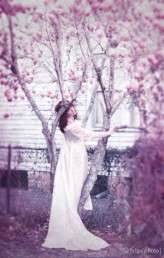 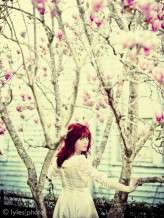 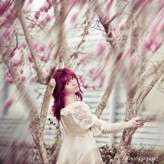