Following on from yesterday’s Steampunk-esque wedding, I wanted to share another – and this time, an all out authentically styled Victoriana wedding fest!

Stacy & Eric got married in April and had one of the most incredible weddings fitting this theme that I have ever seen! The whole wedding was filled with circles – from old type writers, clocks and top hats to that truly incredible (and fully edible!) cake (made by Let Them Eat Cake in California – seriously go check out their website, they have cakes and designs like you’ve never seen before!) You are going to go nuts for these details – I am loving the typewriter/flower combo. It’s like nothing I’ve ever seen. The centrepieces consisted of flowers, old books books, typewriters, gears, light bulbs, test tubes and had a real authentic Steampunk vibe. Stacey collected all the props throughout their planning and then gave them to florist Debbie Fields who put everything together on the day. The place names, which were made of old-looking train tickets (found at a craft store) had individual keys stuck to them that with significant words on them like ‘life’ and ‘dreams’. The keys and gears on the place cards were found at a local craft store-they come from a scrapbook line by a guy named Tim Holtz (you can buy everything though his online store too – bonus!)

Eric shared their thoughts and inspiration behind their wedding with me. “Both of us love history and are fascinated with the Victorian time period. We’re also both fans of Sci-fi/fantasy fiction, so that’s how our theme came about.  Steampunk has it’s roots in Victorian Sci-Fi (Jules Verne, H.G. Wells), but has taken off in the last few years into an aesthetic all it’s own.  We wanted something a little irreverent while still being classy, so it fit very well.  And it gave our guests a chance to have fun with their outfits! ”

ps I just can’t get over this cake…wow. How is this even possible?! 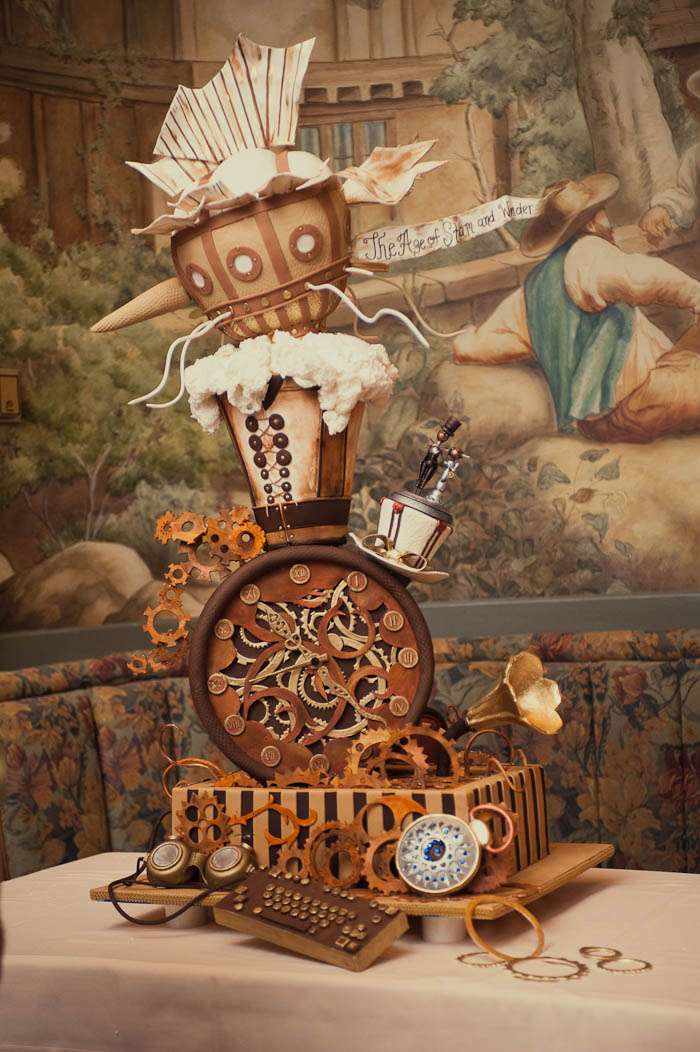 Thanks to Stacy, Eric and photographer Joel Maus for sharing this ridiculously awesome wedding with us today 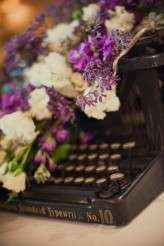 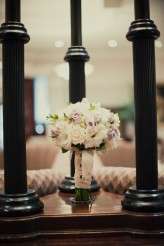 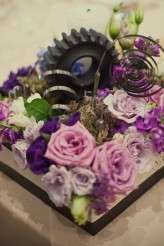 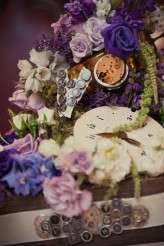 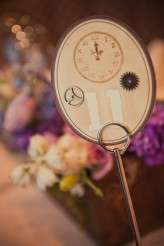 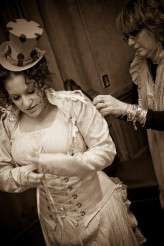 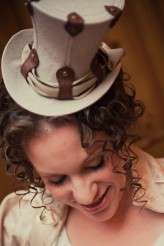 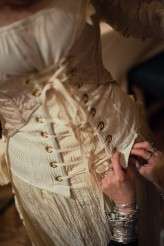 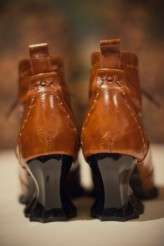 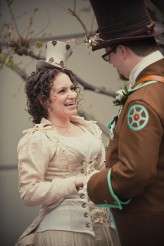 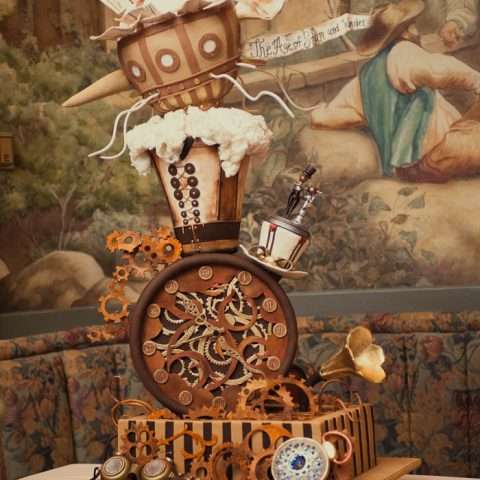 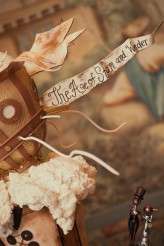 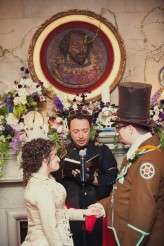 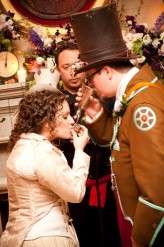 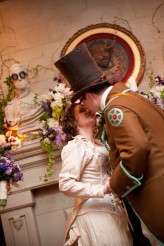 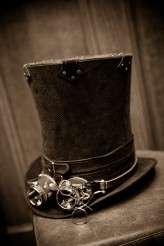 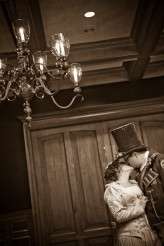 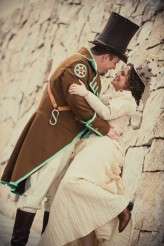 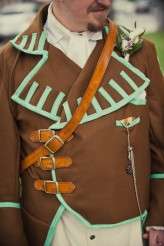 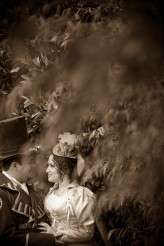 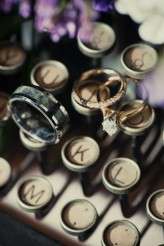 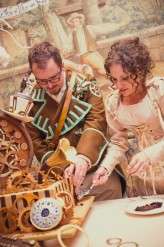 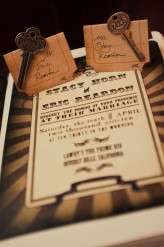 With steampunk and a contemporary twist on Victorian fashion as their influences, Amy & Adam planned their Glenarm Castle wedding to totally reflect them. They homemade as much as possible and hired tipis that were put up in the walled gardens of their venue for the reception. They had a humanist ceremony which included personal readings by friends, one of which was inspired by quotes from Einstein, Darwin and other scientists and philosophers. Amy designed her own wedding dress and had it made by dressmaker Lynne Gregg. Her shoes were Irregular Choice and her accessories were all DIY.

Full-blown themed weddings are definitely getting rarer. Most of the couples I speak to say their weddings were just styled around "random stuff we liked", which is cool, but there's something a little bit extra special about weddings where everything fits perfectly together.

Erynne and Sean were married in their own back garden. The wedding was inspired by the Mad Hatter's tea party meets a Mid-Summer Night's Dream with a bit of a Victorian, garden party feel thrown in for good measure!

Valeria (the bride) and Nicola's (the groom) Victorian gothic wedding was held at the impressive Villa il Poggione in Fauglia, Italy. The venue was decked out in medieval regalia which suited their theme perfectly.

Vinique and Craig were married on their ten year anniversary. The day was inspired by steampunk and Victorian influences. "Our wedding was Victorian steampunk inspired with a hint of vintage and a twist of gothic charm!" said the bride. "Our inspiration came from what we love as a couple. It’s a celebration of who we are. We wanted it to be a reflection of our personalities and interests."