OK so this was the Australian wedding that I’d planned on posting yesterday but me being a bit pink (as apposed to blonde) I forgot about the crazy time difference between here and Oz so when I was emailing the photographers to get the info I needed, unsurprisingly they weren’t replying because it was like 3 in the morning or something. Aaaanyway it matters not because NOW my babies I am able to share this fan-bloody-tastic wedding with you…and I’m so pumped to hear what you think. I literally wet myself with excitement when I saw Madeline’s purple and green dress!

Madeline & Nic decided very early on that they didn’t want a traditional wedding – the bride’s two sisters had both done the white wedding thing and although their days were beautiful and perfect for them, it wasn’t quite right for this couple. “We are non-traditionalists (hence no white/ no flowers/ no favours/ no wedding cake/ no sit-down dinner) and we wanted a wedding that reflected our personalities and relationship. Bit crazy, lots of fun, different and unique” the pair told me. 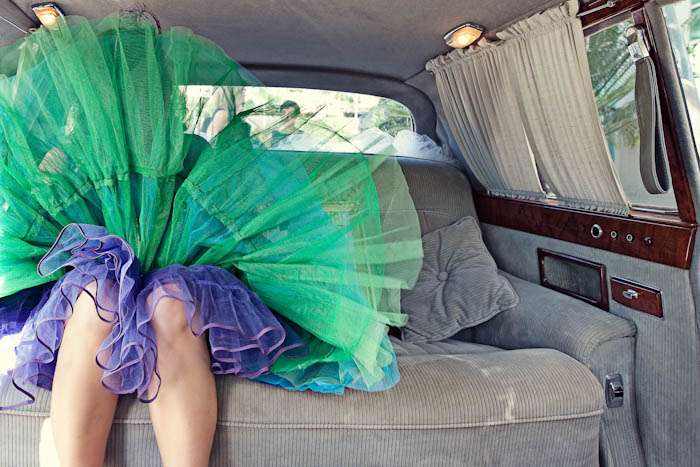 They themed their wedding around the dress! It came from one piece of fabric – an Indian silk sari that was a gift to the bride when she was 21. “I have always planned to use it for my wedding dress… and have been saving it for 10+ years” she explained (hello, amazing!!) She always wanted a 50’s style short dress and so had her very talented artist cousin help her design it a dressmaker friend called Jade made her dream come to life. Underneath the silk sari part of the dress, Madeline wore two petticoats. The green one actually came from an old ballet costume and the purple one came from Janis at Rockabilly Gals Fashion. She teamed her amazing dress with purple stain peep-toes for the ceremony, cream and gold trainers for the reception and a custom made fascinator by local Brisbane designer Shae Eldred of Shady Lady Designs who used pieces of the dress fabric and worked with different feathers to bring out the colours in the dress.

Wow wow wow..that is all I can say! Thanks so much to photographers Seth & Tenielle and Fernando & Suzanne and to Madeline & Nic for sharing this incredible wedding with us! 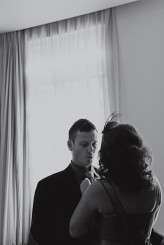 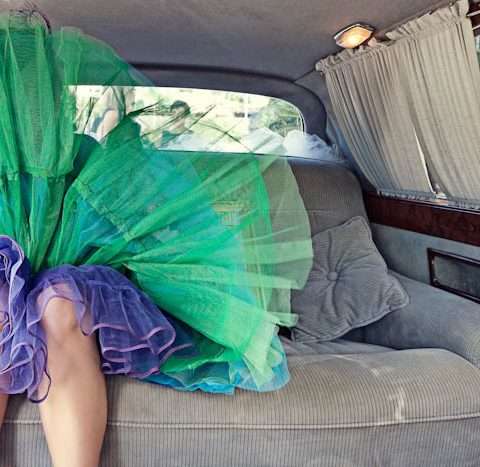 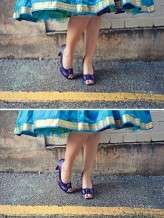 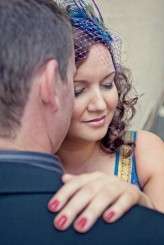 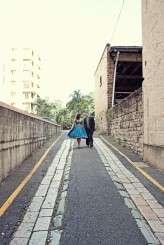 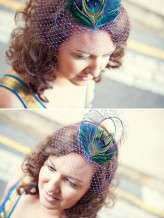 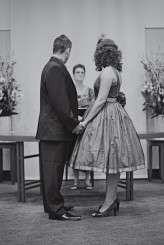 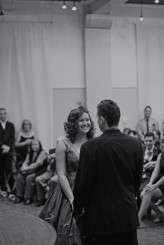 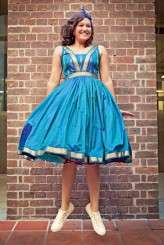 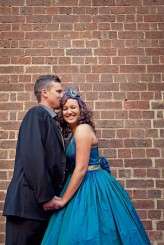 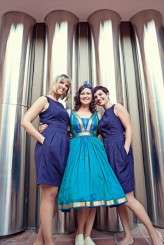 Daniel and Keely had lots of different influences for their October wedding. From the bride's love of jewel tones - reflected in her dress and make up and the bridesmaid outfits, to their mutual love of travel. They even had art deco references in their stationery. It sounds like it shouldn't work, but it totally does because it was a real reflection of them.

You're going to love Erica & Ryan's homespun, diy wedding...and you're certainly going to love their story. I was over the moon to receive these gorgeous images from photographer Katie and even more chuffed when Erica got in touch with all the juicy details. "Ryan and I originally thought we would just have a courthouse wedding, and then have a big party. Of course, our parents were not so thrilled with the idea. We also did not want anyone else planning or making decisions for OUR wedding/party, because we did not want it to be the same old wedding and the same old reception that we've all attended twenty times before. Nothing against traditional weddings, we're just not traditional. We also were looking to keep it cheap simply because we think it's silly to spend tens of thousands of dollars on a few hours. All we really needed was the two of us looking snazzy and an amazing photographer."

A Circus of Love: A Pink on Pink Wedding in Australia with Animal Guests & Burlesque Dancers

What was meant to be a one night stand, ended up turning into finding the love of their lives. Within five months of meeting, Sarah and Jarrid had got matching tattoos, seven months in they got engaged and they were married 18 months later. Their plan was to have a wedding which felt like "a circus of love" and a "giant fun and pink love fest!!"

Gloomy and grey weather doesn't have to spell disaster for your wedding day - and in actual fact I think the darker atmosphere and evening-only event worked perfectly for Sarah & Matt's gothic-inspired wedding! The wedding took place at Riverlife, an outdoor activity centre in Brisbane which also has a number of gorgeous venues, perfect for a wedding! The evening event started with pre-ceremony drinks and canapes for the guests. "We’ve been told that our absence at the start really added to the atmosphere, especially with our DIY decorations adorning the venue," said Sarah when I asked about their idea behind this. "Neither of us were at the venue when the event started. We arrived after the guests had an hour of canapes. While the guests were awaiting our arrival, the decorations served as a talking point, and since they could see that we’d gone to so much effort on the tables, it added to their anticipation to see our outfits and everything else that was to follow."