Ashlea & Joel’s wedding was a mash up of everything they love and they actually found it quite difficult to narrow their wedding down to one particular ‘theme’. “We found it really difficult to come up with a theme or concept to tie everything together, because we really weren’t fussy and just loved everything we saw!” explained Ashlea. “Eventually we decided to give it a garden and green theme, and felt our reception flowers made the room feel beautiful and lush just like we wanted.  Siglo, the terrace bar at The European, where we had our ceremony, was a great place as we were overlooking some gardens and we had garden boxes lining a grass aisle.” 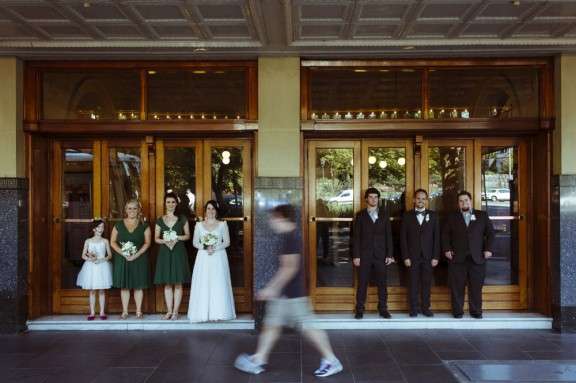 The wedding had lots of personal touches, the most special of them being the fact that Ashlea wore her grandmother’s wedding dress, which she had made for her own wedding in 1950. “My Nan (Muriel) made it in 1950 and wore it when she married my grandfather, Jack. They had a very happy marriage, but Grandpa died when my mum was only 15. Their relationship has always been up on a pedestal to us, so when I found Nan’s dress, it was the easiest decision in the world to wear it. Nan died just a few days after we found it, so it was nice to have a part of her with me on the day. I had a dressmaker line the dress and alter the neckline, but we didn’t change much (she did amazing work as it was made entirely from lace and was falling to bits in her hands). Joel and I had Nan & Grandpa’s wedding photo up on the wall at the reception too. I hope we have as happy as marriage as they did.” 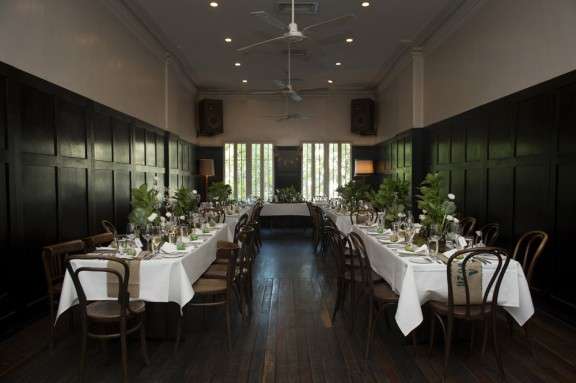 The reception was held at The Tearoom, a private dining room at The European, and the couple decorated the space themselves with the help of their friends and family.”There were personal and family touches in everything”, Ashlea said. ” My mum made part of the cake, our friend sewed the hessian table runners (which were made from coffee bags!) and the invitations were designed by a friend. We made the toffee apple place names ourselves and all the flowers were set up by friends.” 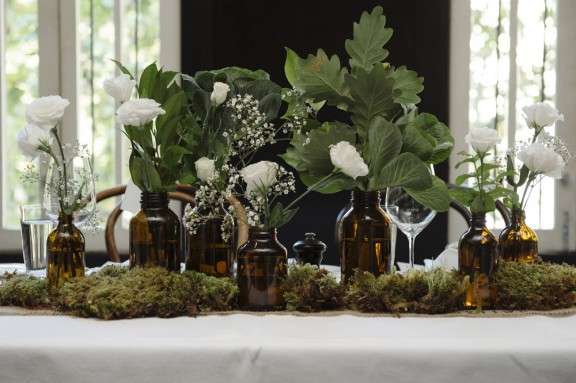 “Given our theme, flowers were one of the most important things for Joel and I, because we wanted to make the tables and reception room feel lush and pretty. We had quotes from the florists, and they were more than we’d hoped to spend. We ended up buying the brown bottles in bulk from a local packaging manufacturer, and we really just wanted lots of foliage and white flowers, and moss around the bottles. In the end, Joel did a mock up and we had our bridesmaid’s family offer to help. Joel bought the flowers in bunches from a local vendor, and our friends set everything up on the day. They could not have done a better job, And we saved a lot of money.” 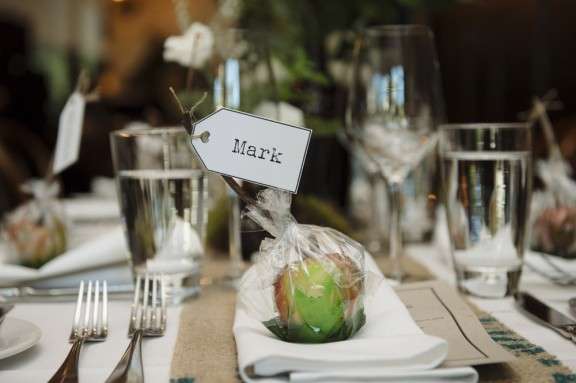 “I never really thought we were doing anything different to other people with our wedding, until afterwards, ” Ashlea concluded. “The most important thing to us was having a small wedding – there was only 46 people including ourselves. It meant everyone there was really special to us, and will always be a part of our lives. We also got to spend more time with our guests, which was important. Having a small wedding meant we could be fussy on things like the food (which was amazing!) as we and a lot of our family and friends are ‘foodies’. We had an a la carte three course menu, so it was nice to know everyone got to have what they wanted.” 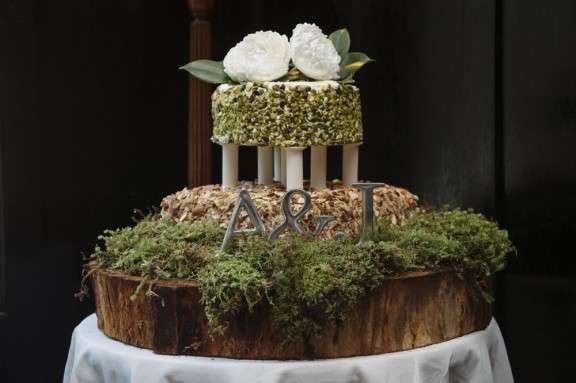 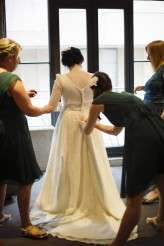 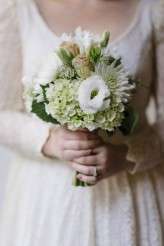 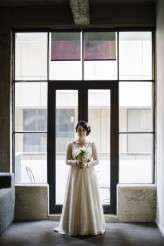 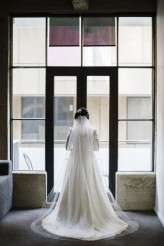 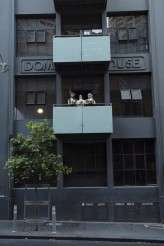 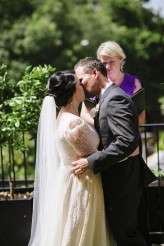 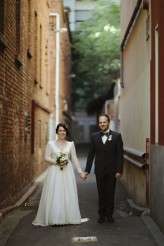 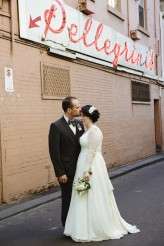 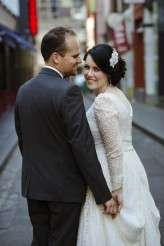 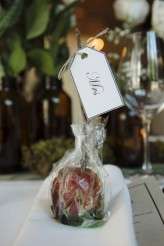 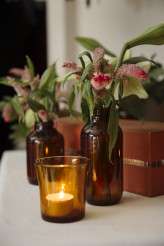