I literally couldn’t think of a more apt title for this post as when I saw Mary & Adam’s 1930s/40s themed bridal shoot I squeeeeealed in my email reply to photographers Jessica & Chelsea , ‘Oh these are so incredible, I can’t wait to blog them!’

“We had been planning this shoot for months but just needed the right two people to do it” the guys told me. “As you can see, Adam and Mary were perfect for the shoot.  We actually had the wedding dress made for Mary by a local seamstress for $100 (including the cost of the fabric).  So, we loaded up and headed to Denison, TX.  Our plan was to shoot at the Old Dennison Hotel, but when we got there we found some other amazing places to shoot as well.  The town is so weird.  It seems like it once was a booming little town (like in the early part of the 1900’s), but then as it started to crumble, no one ever fixed it or tore down the old buildings; instead they just built all these modern structures around it.  It just feels kind of forgotten, but it was really perfect for our shoot. One of the places we shot was this adorable little 50’s diner and malt shop complete with old gas pumps, a juke box, and checkered floors! It’s called Peggy Sue’s 50’s Diner and Ice Cream Parlor.  As for the Denison hotel… 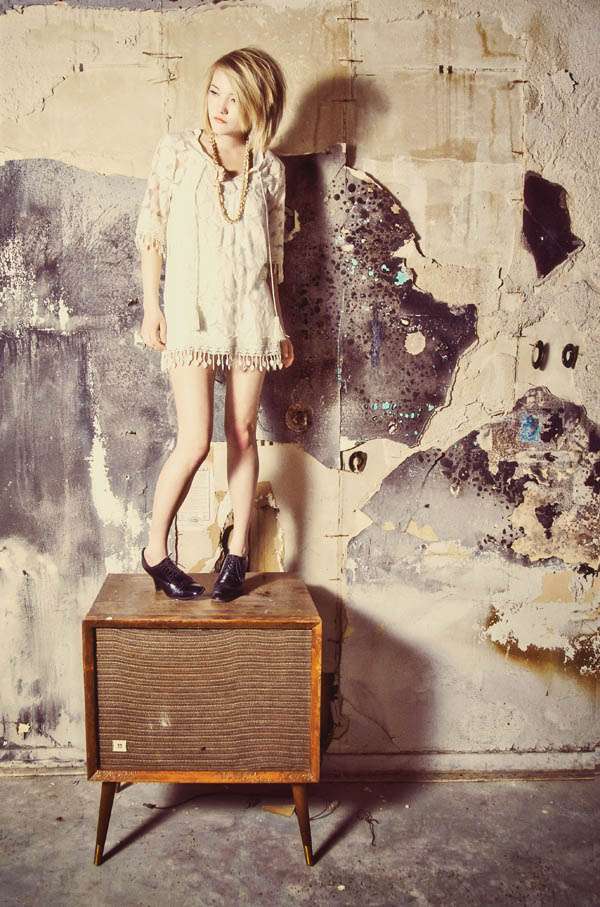 Supposedly, this hotel burned in 1929 and when it did all of the people who were in it were killed in the fire.  I have to say, it was a very creepy.  Kind of reminded me of The Shining.  Some of the rooms have been remodeled, but many of the rooms are still as they were after the fire.  The owner was so sweet to let us use one of the rooms to do the shoot.  As you can see in the pictures, the walls are black from the fire and what little furniture that was in the room was definitely old. The cat in some of the picture is an old cat with a glass eye who jumped up on the window sill just in time to be in this series of pictures.  Mary was amazing.  She has never modeled before but she knew how to position her body and we think she perfectly pulled off the vintage look we were going for (especially considering it was 25 degrees all day and she didn’t have a whole lot covering her.  All of the clothes (including the furry jacket) and jewelry (with the exception of the wedding dress), we brought from my mom’s awesome little boutique called funky at heart boutique (which is in side her gift store called Cheerful Heart Gifts).  We always use stuff from her store for our concept shoots! It really goes perfectly with our style.  Adam actually brought his own clothes for the shoot.  In fact, that’s how he dresses on a daily basis.  It’s almost like they were born in the wrong era.  They totally rocked this look…I think because it is a pretty good representation of who they are on a daily basis.  I just don’t think we could have found better people to do this.  As for our inspiration for this shoot… I really wanted to do a shoot that I felt best represented who we are as photographers.  I had seen a picture in a magazine one time and loved it and wanted to do something like it but with our own twist on it (hence, the amazing balloon picture that resulted).  We basically built the whole shoot around this 30’s-40’s theme (with the added set from the diner which we just had to do when we found the place).  I really love the glamorous look of that era and we really wanted to capture that in this shoot.”

Told you – incredible huh? And is it just me or does Mary look like a perfect little doll? Thanks from the bottom of my Rock n Roll heart to Jessica & Chelsea for sharing these with us 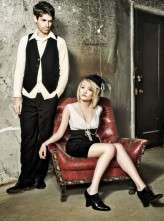 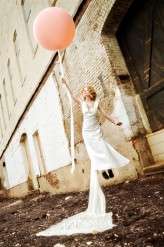 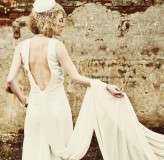 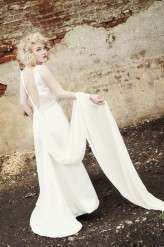 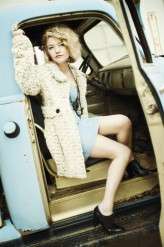 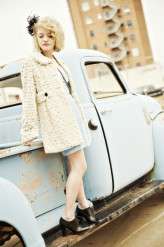 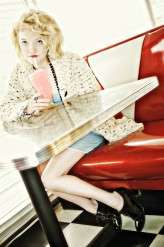 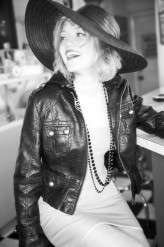 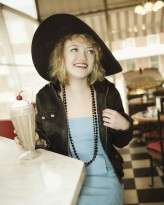 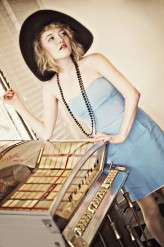 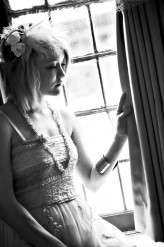 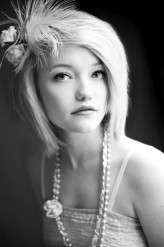 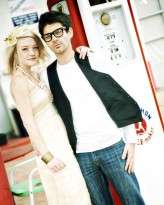