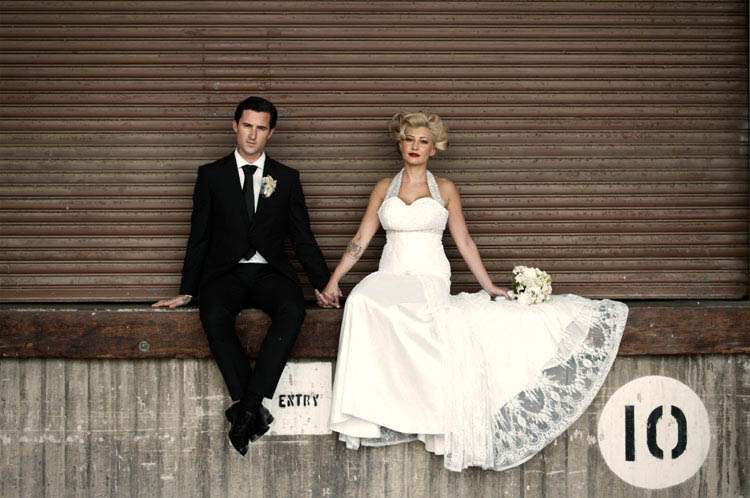 As they started to shoot, it began to rain so they all ducked under a landing dock in the industrial location they were at – and it turned out to be the perfect backdrop for these shots! 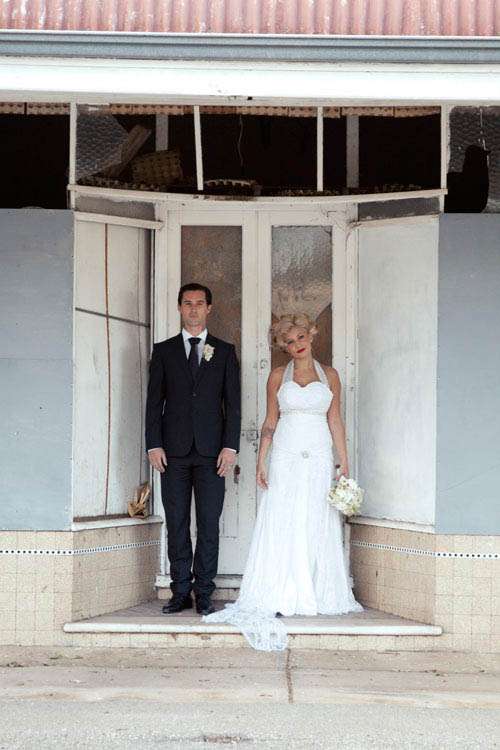 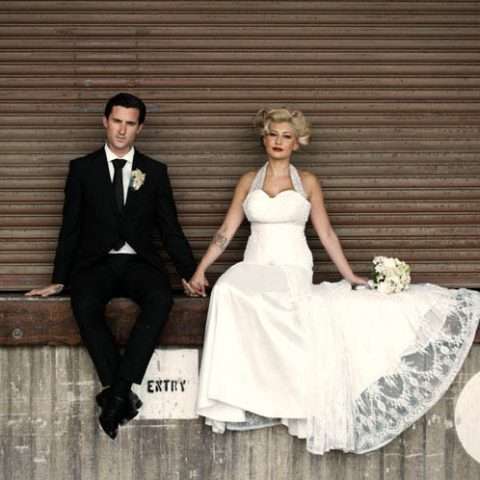 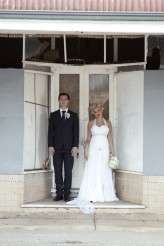 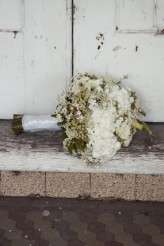 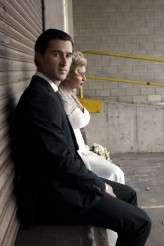 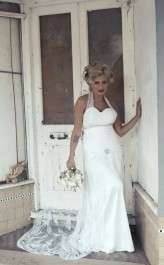 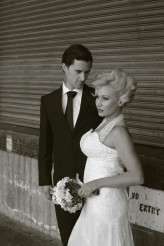 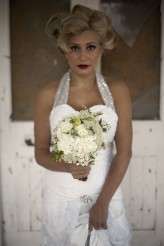 Andrew & Talitha were married last year but were keen to do something a little different and have fun doing another photo shoot. "After many emails with Talitha, I knew she and Andrew would be perfect for a fun fair shoot we had been dying to make happen" photographer Angie told me. "We wanted a certain look – 50’s inspired hair and makeup and I knew we had to have a lollipop bouquet and lollipop buttonholes for Andrew."