Behold – Magalie and Travis’ darling, teeny tiny, super duper personal, diy-filled, homespun wedding. I fell in love with the simplicity of their day and wanted to share it not only because the photographs are utterly stunning, but because I wanted to show you a perfect example of how to do it ‘on the cheap’ without loosing beautiful touches that make my heart sing.

The pair employed no wedding vendors (except photographer Amber Hughes) for their wedding. They did the whole thing themselves and did it in style to boot! No expensive venue (they got married at home and had their wedding day shoot at Seawall) no over-priced outfit (Magalie wore a dress from BCBG, boots from Chooka with a flower in her hair from H&M.) The flowers were purchased in bulk from different florists in town and the couple put them together themselves. The tissue paper pom-poms were from a Martha Stewart tutorial. They pulled all the food and drinks together themselves and Magalie did her own hair and makeup. 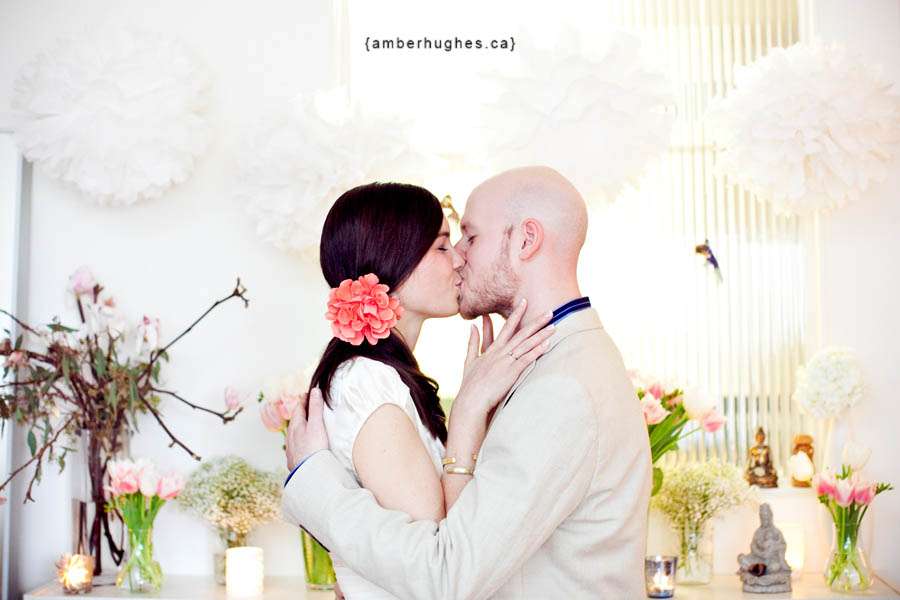 Thanks to Amber, Magalie & travis for sharing their perfect day with us 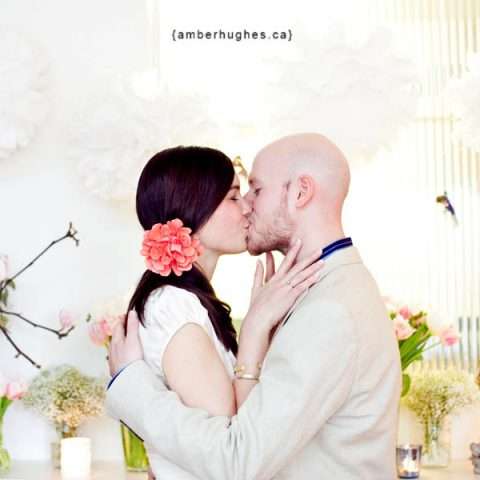