Wooo! Part one of Matt & Danielle’s wedding went down a storm and part 2 is just as rad. Eeeek!

Matt’s gifts to his groomsmen were holga cameras with film. we are waiting on a couple more rolls but the next 5 photos were taken by Ray Jones. anyone who has a holga knows that its pretty for daylight exposure but without light it can be a challenge. well ray rigged one of our pocket wizards to the holga for the shots below. 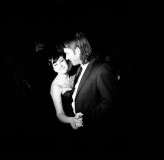 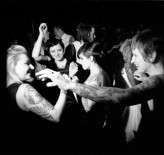 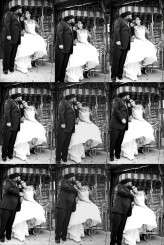 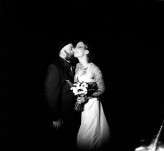 Seeing a bride wearing my blog's logo as a necklace (made by Red Bird Makes on Etsy) on her wedding day makes me VERY HAPPY indeed. How cool is that!? Andrea and Franz were married in Germany on New Year's Eve. They're both from Germany and so wanted to get married there, but they live in Australia now so they planned the whole thing from the other side of the world.

Lord of the Rings, Comic Books, and the Groom Dressed as a Power Ranger: Felicia & Joe

Well this is certainly something you don't see everyday! I have a funny feeling you're going to love this. Felicia and Joe were hitched at the historic Warner Theatre in Washington DC. The bride wore a Vera Wang gown from her diffusion line at David's Bridal, but she had to compete with that groom of hers who rocked up dressed as his favourite Power Ranger! Who says brides get to have all the fun?