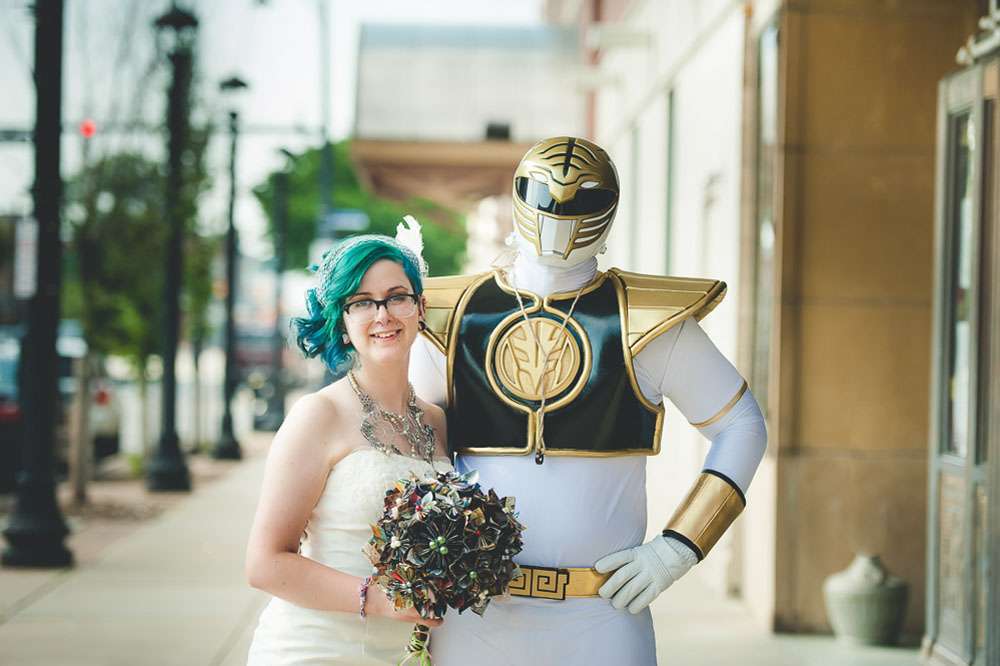 Well this is certainly something you don’t see everyday! I have a funny feeling you’re going to love this.

Felicia and Joe were hitched at the historic Warner Theatre in Erie, PA. The bride wore a Vera Wang gown from her diffusion line at David’s Bridal, but she had to compete with that groom of hers who rocked up dressed as his favourite Power Ranger! Who says brides get to have all the fun? 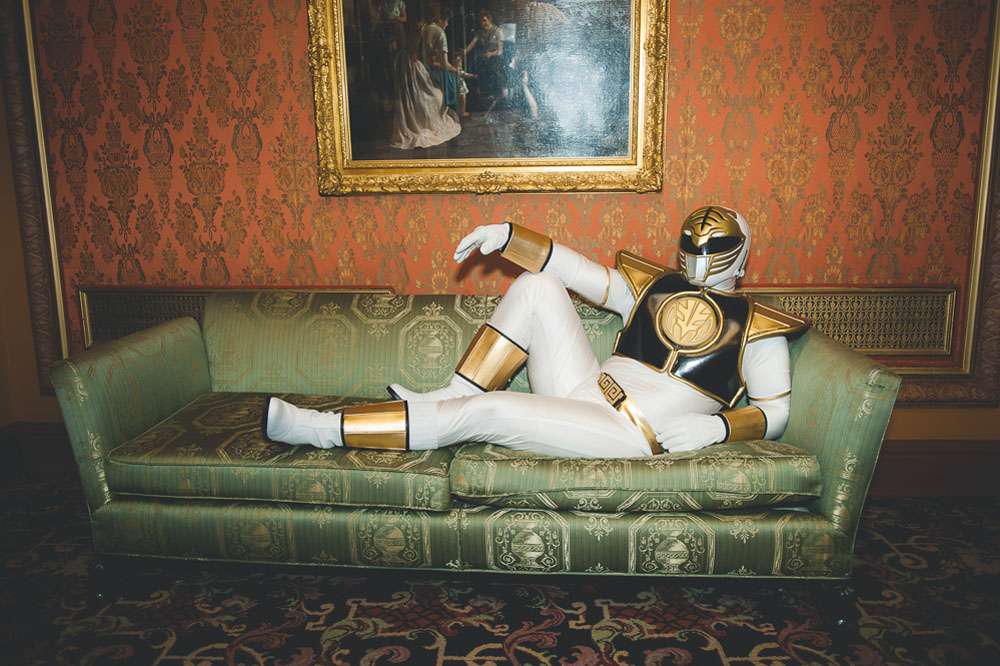 “We originally wanted to do a Lord of the Rings theme wedding, but then it kind of spiralled into several things”, she explained”. Marvel, Army of Darkness, our entire childhood games and tv shows in the favors, with a heavy touch of LOTR too. It just kind of got crazy.”

“One of the most unique things about our day was probably that Joe didn’t have a traditional suit. He wore a Power Ranger suit! My bouquet was also bouquet was origami and made from comic books. One of my ‘bridesmaids’ was also male but he still wore a dress!” 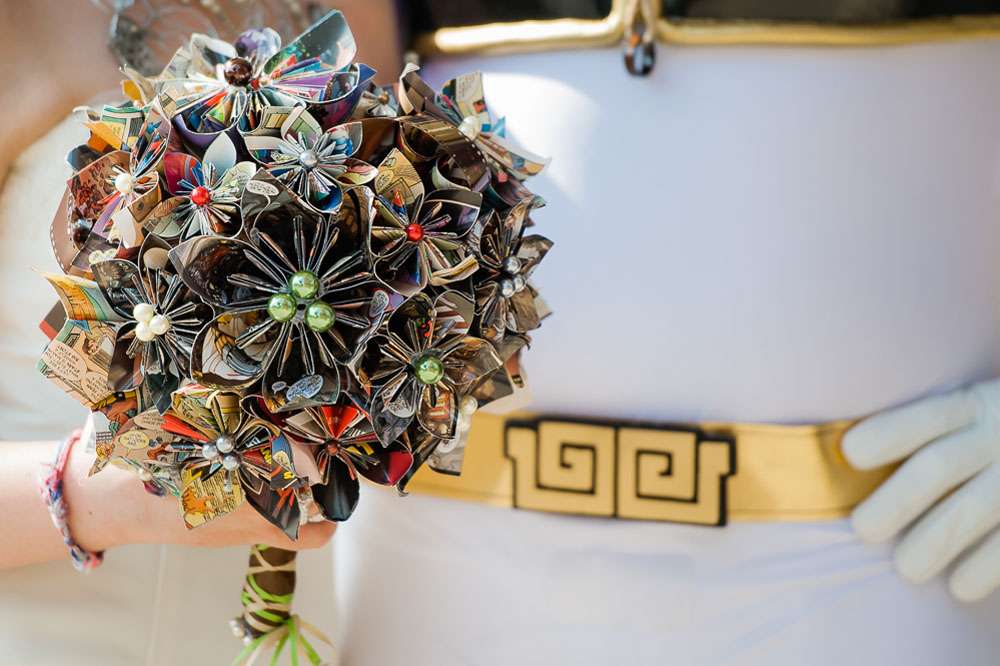 “We loved absolutely everything about our wedding. Marrying my best friend comes first. Our bridal party really made things special. The whole day just turned out perfect. We did quite a lot of DIY including the centerpieces and table decorations (flowers and table numbers), the guestbook, the favors, my bouquet and the chair ‘covers’.” 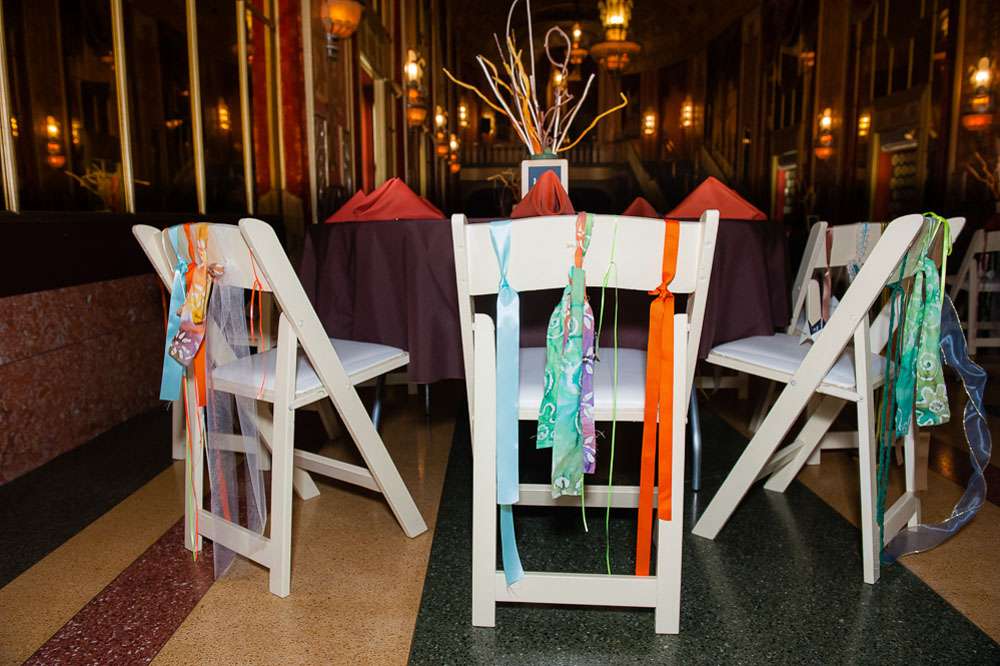 “All in all we spend around $8000. We made a ton of things which cut costs. We didnt make everything just to do that though, it also made sure we had control of what we wanted. Normal traditional things didn’t seem fun at all so we changed things up and made it so we would enjoy them.” 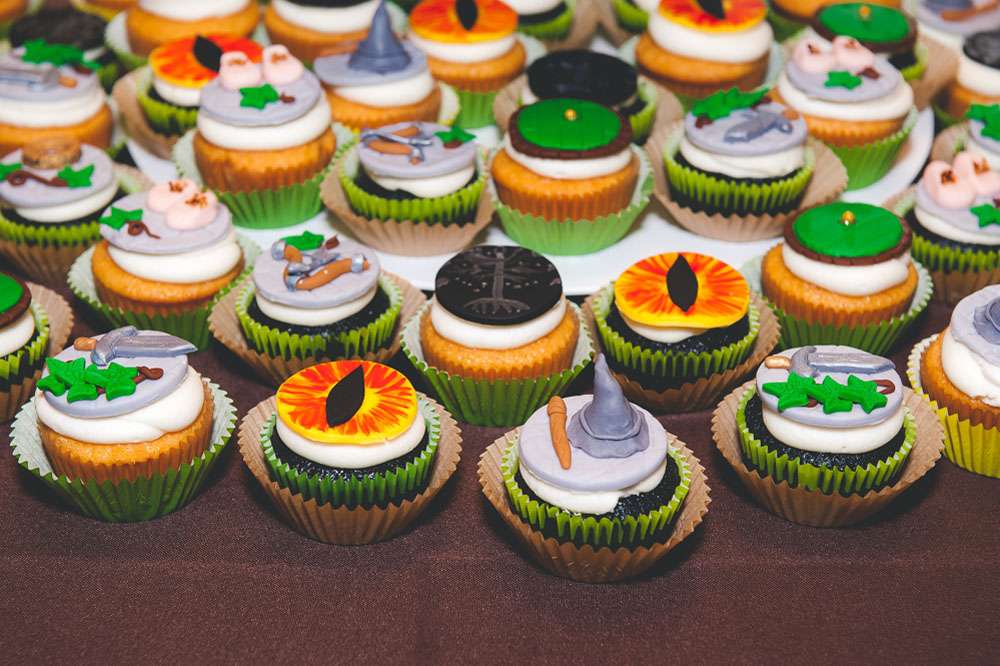 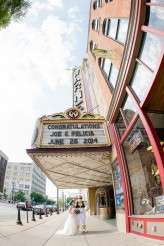 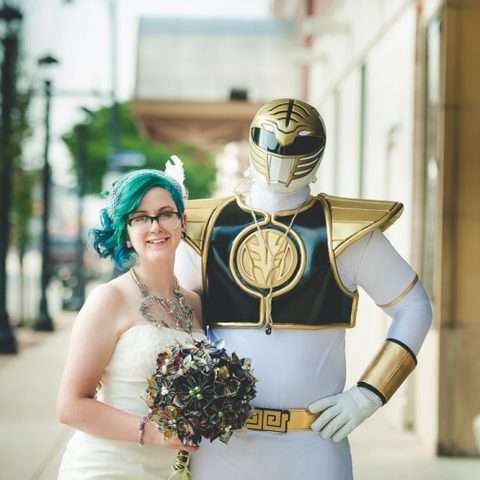 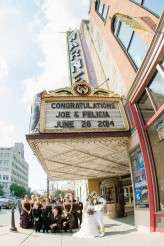