So I’m sharing some of Kelty’s work twice in two days but you’ll forgive my repetition after you see these I’m sure. You have to understand, I couldn’t hold off posting these until next week or something because England is currently covered in a blanket of snow so sharing these images right now is more than a little bit apt. 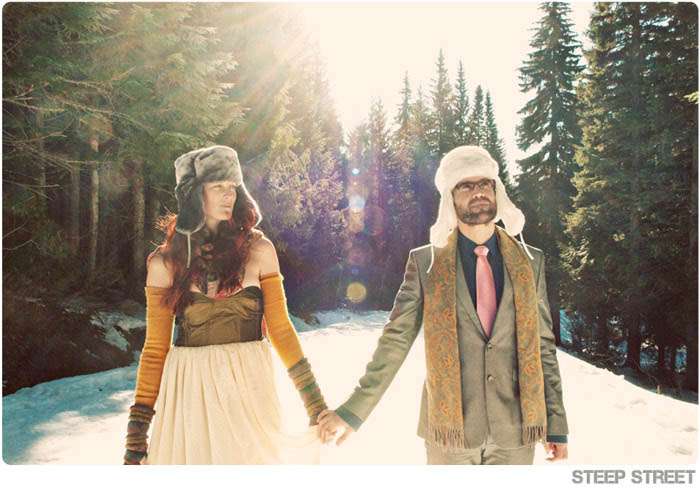 You know Hannah & Alex. Their wedding rocked your socks off when I posted it in all it’s glory back in September. So their anniversary shoot (as in anniversary of when they met up again after not seeing each other for 10 years aww!) covered in snow is just way to perfect not to post.

There were strolls in the park, chased first kisses, prosciutto snacks, dog walks, a drive to the desert, and their first of many snowy Christmases in Portland together. The beginning of something wonderful, really. So they’ve donned their wedding gear and hit the slopes to celebrate their past, present, and future. Happy Anniversary, my loves!

Thanks to Kelty, Hannah & Alex for rocking so damn hard. 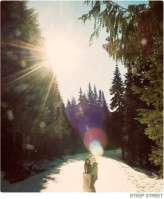