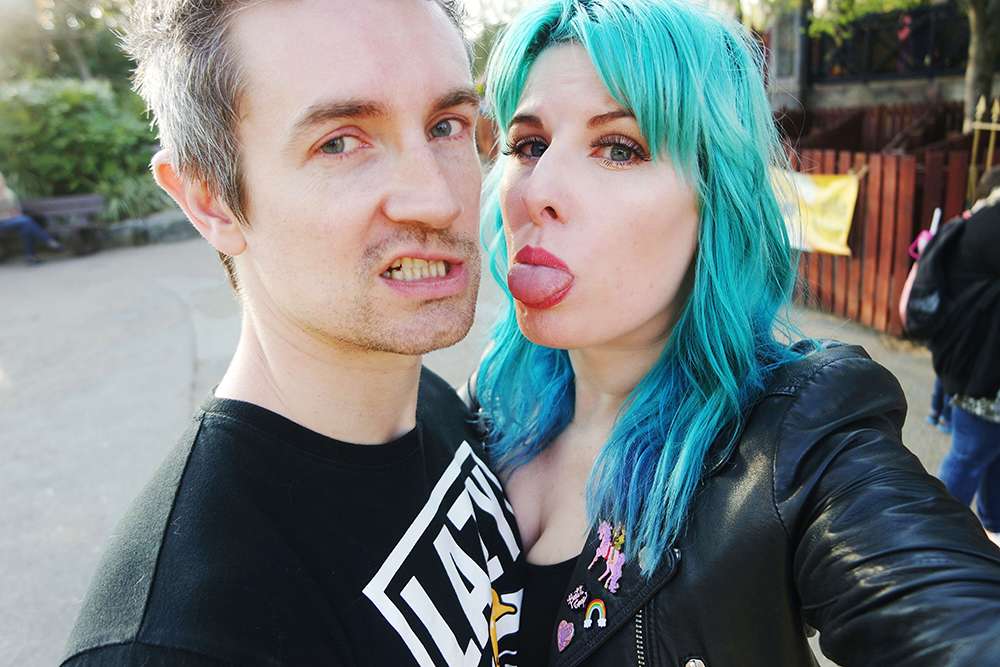 When I tell people we’ve been together for fifteen years, they’re usually either surprised, impressed or a combination of the two. “Yes he was my first real boyfriend”, I say, “No we didn’t go to school together” and “Yeah, actually, I did get married pretty young.”

When you’ve been together as long as we have you find yourself counting on your fingers to work out exactly how many years have passed. Fifteen took me by surprise though. I was just sixteen years old when we first met (although we started dating shortly after my eighteenth birthday because it took you a while to convince me to go out with you!) so that means that on our next anniversary I will have known you literally half of my life… HALF OF MY LIFE! How is that even possible and when did we get so goddamn old!?

As we celebrate our nine year wedding anniversary today, it feels impossible to sum up our love, our relationship or just how much you mean to me. I’m struggling to find words that can even begin to express my feelings without resorting to cliché or hyperbole, so I choose to keep things simple:

Williams, I love you. I love you so very much. I don’t even want to think about what life would be like without you. Happy Marriversary.

Oh I have been so excited about sharing this shoot with you all! I'm sure most of you will be familiar with this gorgeous little family. Naomi is the beautiful girl behind the uber popular Rockstar Diaries blog and her husband Josh and their new dog Kingsley play a staring role in it. These guys really are wonderful people. Sweet, kind and darling. Their blog posts never fail to cheer me and they just seem so genuinely LOVELY! OK enough gushing...you're going to adore these images taken at the DC Cherry Blossom Festival by their wedding photographer Leo Patrone(who I'm hoping to meet when he comes over to London soon!) The light, the colours, the fashion, the fun and lurrrve...aww just so perfect.