Oh..just wow. As soon as I laid eyes on Cameron & Mike I knew I had to feature them on Rock n Roll Bride. Can you blame me?

Cameron looked just like a movie star and Mike looks so in love it can’t help but make me smile! Mike, a tattoo artist in Florida even proposed to Cameron by tattooing ‘Will You Marry Me?’ on his chest? Freakin’ awesome or what?! That’s some serious commitment – he must have been pretty sure she would say yes! 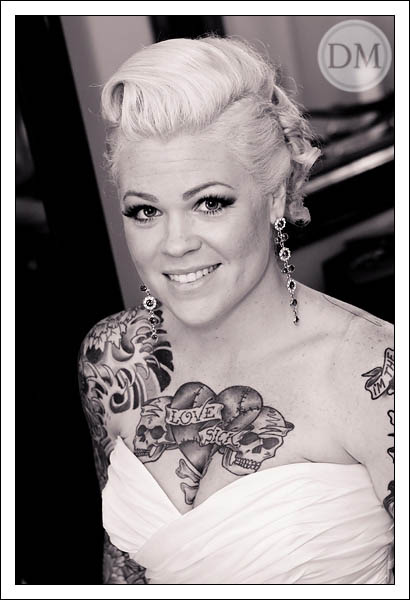 Thanks so much to the gorgeous Dawn (again!) for sharing 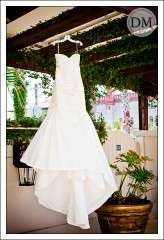 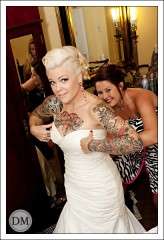 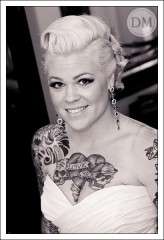 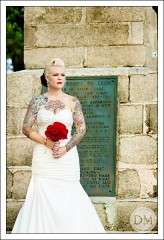 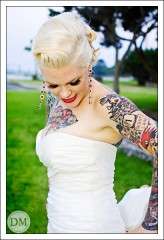 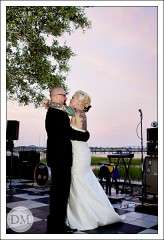 Rebecca & John's beautiful Tennessee wedding took place at Almost Heavens Wedding Resort. With quirky details and elegant 50's styling, this really was a wedding worthy of Rock n Roll credentials. The bride wore a Paloma Blanca gown with awesome Irregular Choice shoes and a vintage veil that she found at a friend's yard sale. A friend of the bride who is a costume designer re-worked it for her to suit the style she was going for. She carried and vintage lace parasol.