These photographs have been taken backstage at a runway show of some kind, but their candid beauty entices me into a little post…  The models are obviously stunning and quite frankly a little upsetting to me (as I’m having rather an ugly day) but I know you’re going to adore these so they are definitely worth a share… 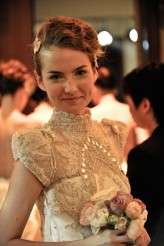 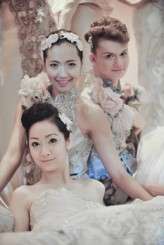