So I’m on Facebook the other day, and my photographer friend Noa’s status is “Heidi & Spencer’s wedding. No, I am not kidding.”  Now I think it’s time for a confession – The Hills is a bit of a guilty pleasure of mine…but I can only watch it when Gareth is out of the room as he can’t stand it, so I’m not totally up to date on all the comings and goings or whatever. However this was a rather exciting development.

Turns out Noa was asked by their wedding coordinator, Michelle of Mint Julep & Michael Antonia of The Flash Dance to be there. Now, as rock n roll as Noa is, she was actually chucked out by ‘Speidi’..here is her story

So to cut a very long story short. There was the hired paparazzi photographer, and then there was me. I don’t watch TV and I have never watched The Hills so I had no idea who was there but I just snapped away anyways. I can say that it was totally awesome to meet Perez Hilton (and get a pic snapped with him, see below). He is ultra-sweet. I can also say that the vendors did a really incredible job.

Also, it was so great to finally meet Michael Antonia (The Flash Dance DJ) who is just as nice in person as he has been on the phone & email. And I HAVE to say that YES, he really IS that good of a DJ!! You can see some pics below of Perez Hiltoncutting a mean rug to Michael’s beats! (btw, Perez throws down some badass dance moves!) No wonder The Flash Dance has had such a media frenzy around him lately, the guy totally rules and he had half of Hollywood shaking their asses last night. All the vendors did a phenomenal job! Seriously. Check out the photos below to see flowers, cake etc. Here’s the vendor list:

So anyways, Speidi is cutting the cake and all of a sudden they get really upset and they start yelling at me and telling me to give them my CF card and how did I get in, and which magazine do I work for. Ha! They thought I was paparazzi! (This may or may not all end up on The Hills- who knows). Well, then I was asked to delete my photos in front of their photographer so he could watch me do it, and then some very VERY large men started to “remove” me. It was pretty crazy. There was one guy who stopped them and said he would follow me (along with two giant bodyguards) and make sure I left without the whole, like, throw-me-out thing. I think he realized that I was NOT going to sell the photos to some magazine but that I really was just a vendor. I kept saying “but I’m not a paparazzi- I’m an artist!”. The whole thing was seriously hilarious- especially because they thought I was some sleazy photographer who was going to sell their photos… Here I was asked to shoot details and people at this wedding and next thing I know, I was being “escorted out”.

What tools those two are!! Hey but it was worth it right, she got some fabulous photographs!  Even though the couple are clearly fame hungry morons I do have to say their details are beautiful (I think it’s all down to Noa’s gorgeous photography myself) and Heidi does look…nice. Plain but nice.

Enjoy these, and make sure you chuckle to yourself as you do about the ridiculousness of the whole situation! 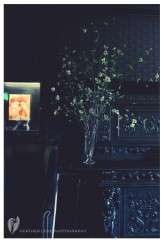 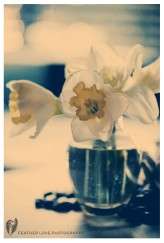 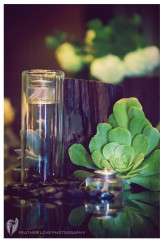 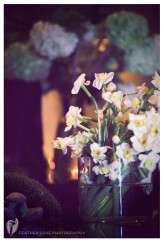 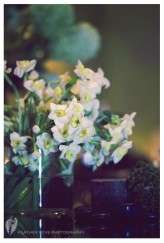 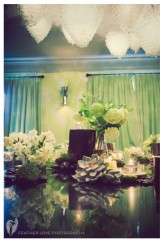 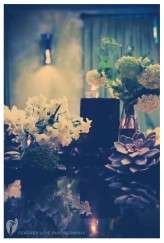 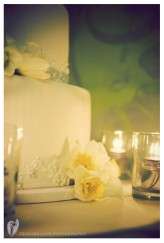 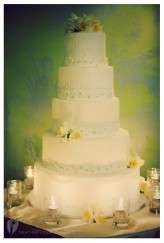 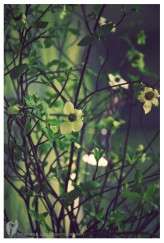 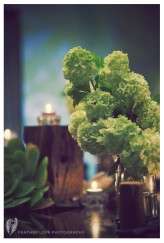 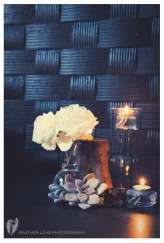 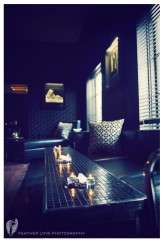 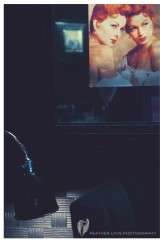 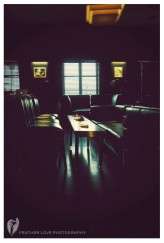 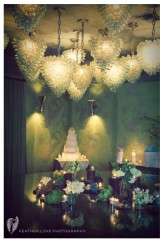 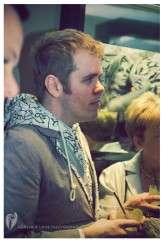 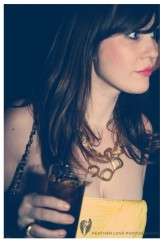 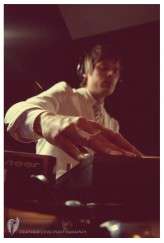 When wedding photographer Trish Barker emailed me back in October telling me she'd just shot Gene Simmons' vow renewal and asked if would I like to feature it, well, I just about died. To say this is the ultimate Rock n Roll wedding is a massive understatement. I am ridiculously honoured to be sharing this bad ass and beautiful ceremony on Rock n Roll Bride today!

I don't really get that excited by celebrity weddings, but when wedding photographer Woz of Howelljones Photography emailed me and told me he'd shot the secret wedding of Nicolas Cage's son on an organic farm in Somerset, I was intrigued to say the least! The whole wedding was very low key, super intimate and shrouded in secrecy to avoid the press.

And The Bridesmaids Wore White