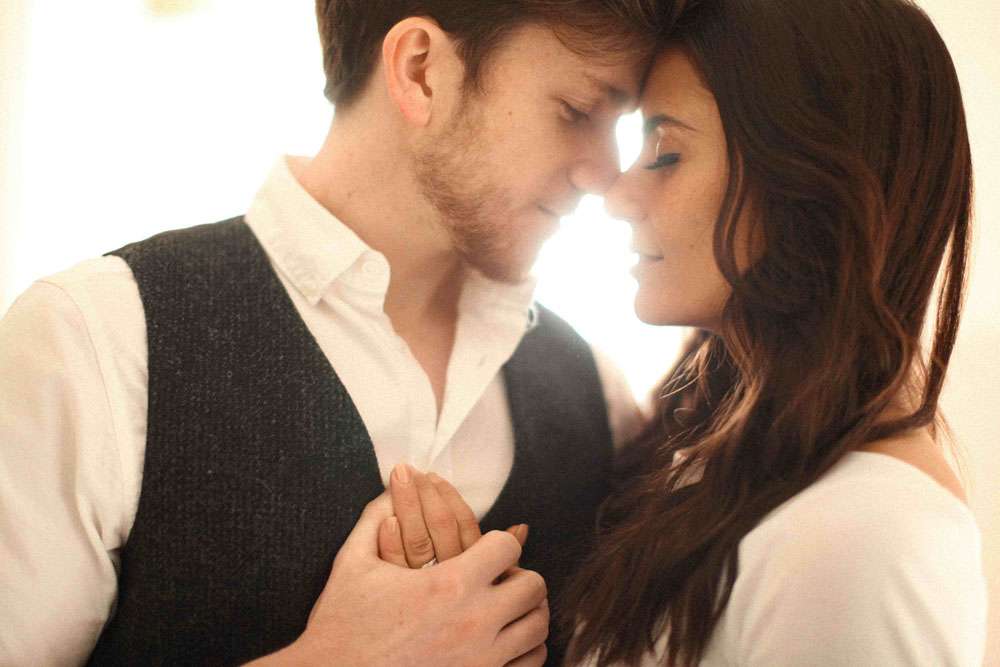 “We’re not big party people, we like quiet quality time with friends so we had a small ceremony then high tea at our home”, explained Layla. “It was all a little last minute despite having six months between getting engaged and getting married. I had to fly to Brazil for six weeks for work and then when I returned we were just really chilled out about it all. We only really started planning three months before the date.” 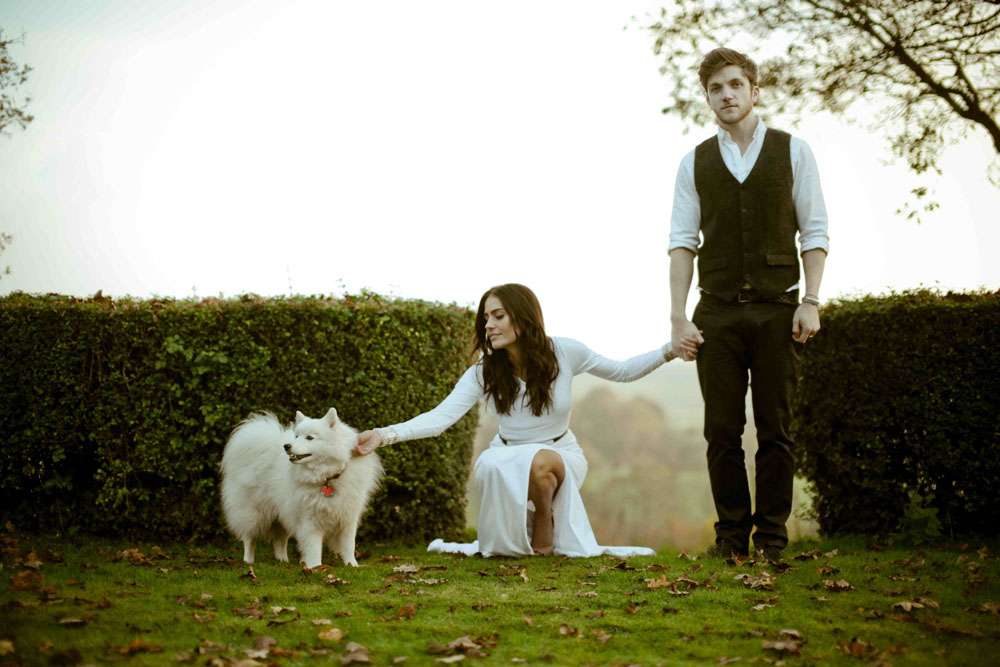 “We knew the date we wanted, and we were super excited to get married but all we were interested in was the actual getting married bit. When we spoke about wanting to marry each other we were attracted to the beautiful promise and a future together, we never uttered the words ‘I want to have a meeting with a florist and check out venues with you!’ These things were just not on our minds at all. We both wanted something warm, modest and homely. We saw many lovely venues online, but we kept wanting to just have it at home. We only bought our house together very recently and we got engaged here – it feels so special.” 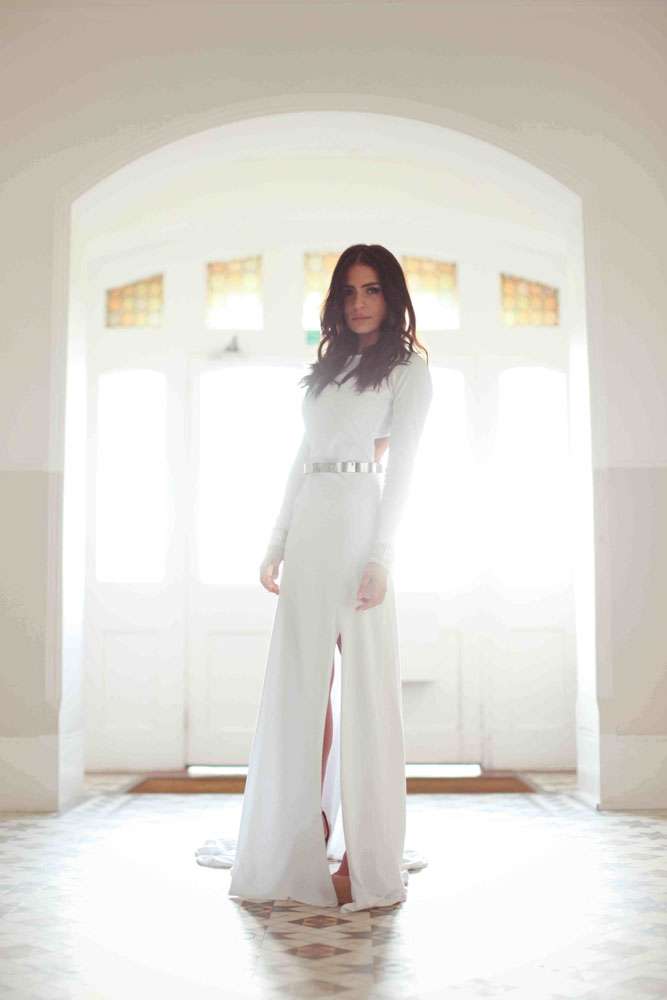 “We scrapped a lot of traditions”, she continued, “and our approach was for it to be intimate, homely and humble. It’s tough to have a small wedding – so many people expect a big event. It actually takes great courage to say ‘no’ and bring it all back to basics. We didn’t want to follow tradition just for traditions sake so we broke down every custom to try and see the meaning behind each and decide whether they suited us. Many of them didn’t.”

“For example, the idea of the groom not seeing the brides dress, was one of the first we scrapped. I wanted to look good for him more than anyone else and I wanted him to like the dress so rather than worry about all the design decisions and guessing ‘will he like it?’ Instead I thought… I could just ask him! When we spoke about the idea he was so excited to get involved and actually ended up making most of the detailed decisions – naturally his first words to the seamstress were ‘tight around the bum and bust’!” 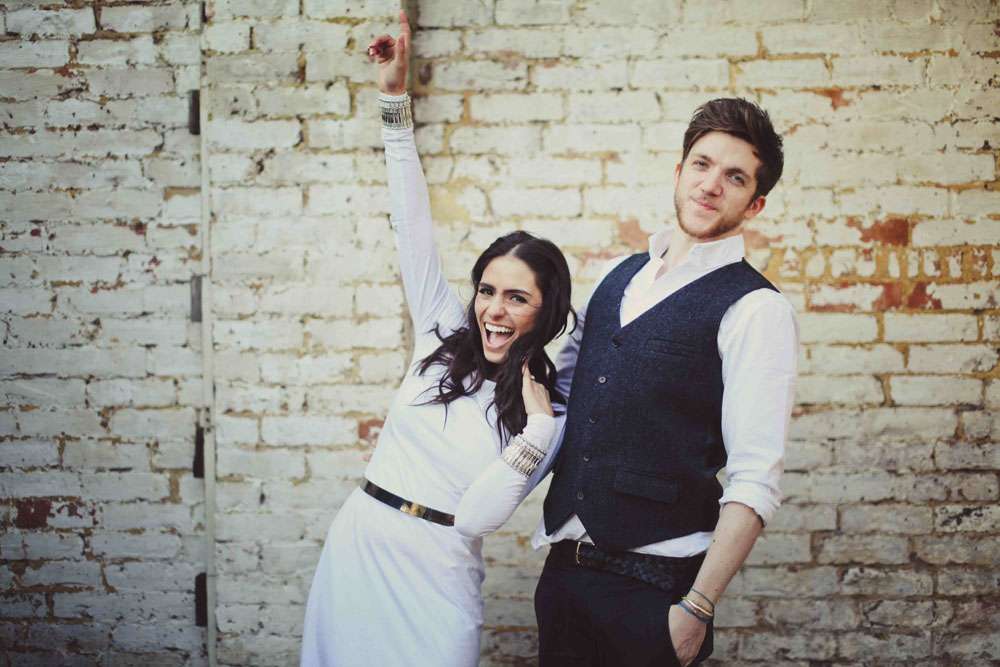 Layla wore an amazing one of a kind wedding dress made by a friend who owns Leeds Bridal. Her shoes were Kurt Geiger. “I was away a lot so we only had the opportunity of having one fitting – the rest was all via FaceTime! Luckily Heather is the most patient and understanding friend, and there is truly something special about your friend making your dress for you. With my dress I wore cuffs from Topshop and a belt from ASOS. We had our wedding rings made, they arrived just in the nick of time and we wore matching scapular saint necklaces we purchased in Brazil. However our favourite thing is our ring finger tattoos which we shall wear forever.” 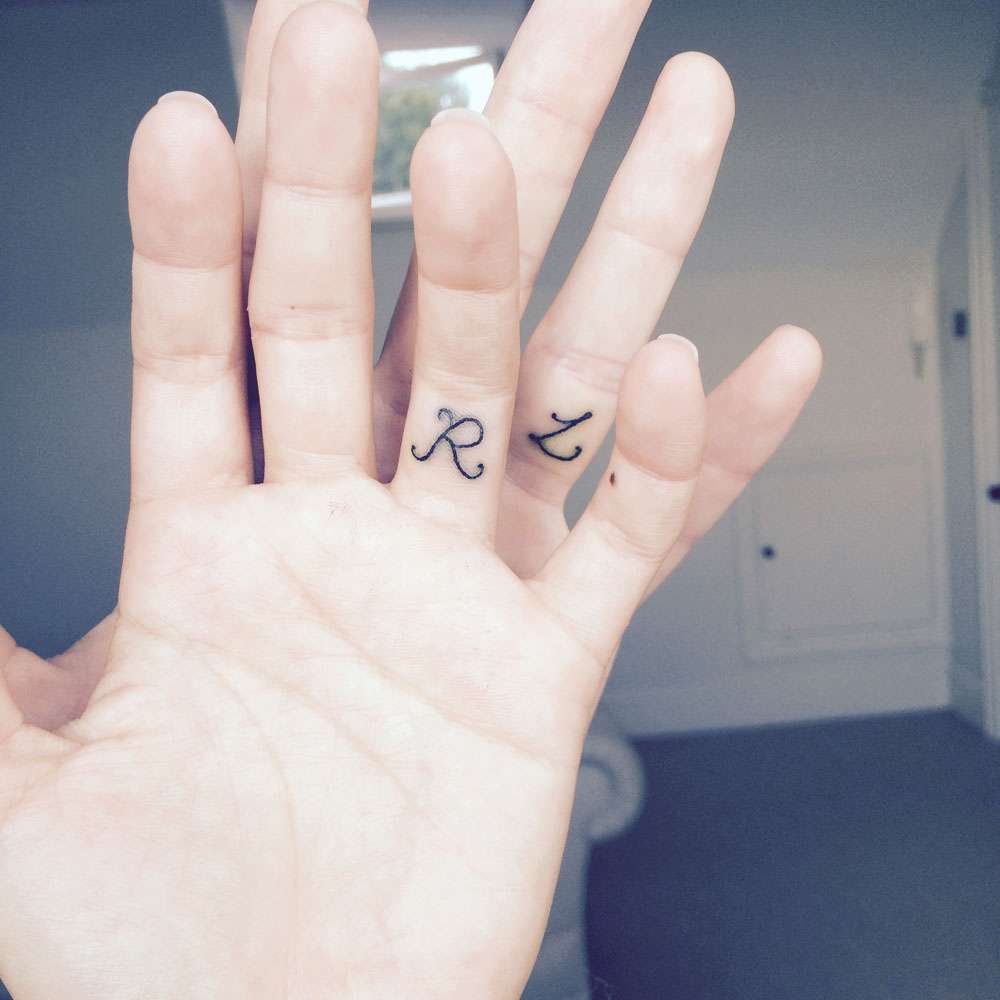 With their reception being at home, things were super low key. They had some homemade cake and served tea in their own vintage china. “Last Christmas Richard’s mum gifted me the most beautiful vintage teacups”, Layla said. “They are the prettiest most delicate, Alice in wonderland style mismatching set and they were part of the reason we wanted the high tea party at home. I had this beautiful set how could we go anywhere else!” 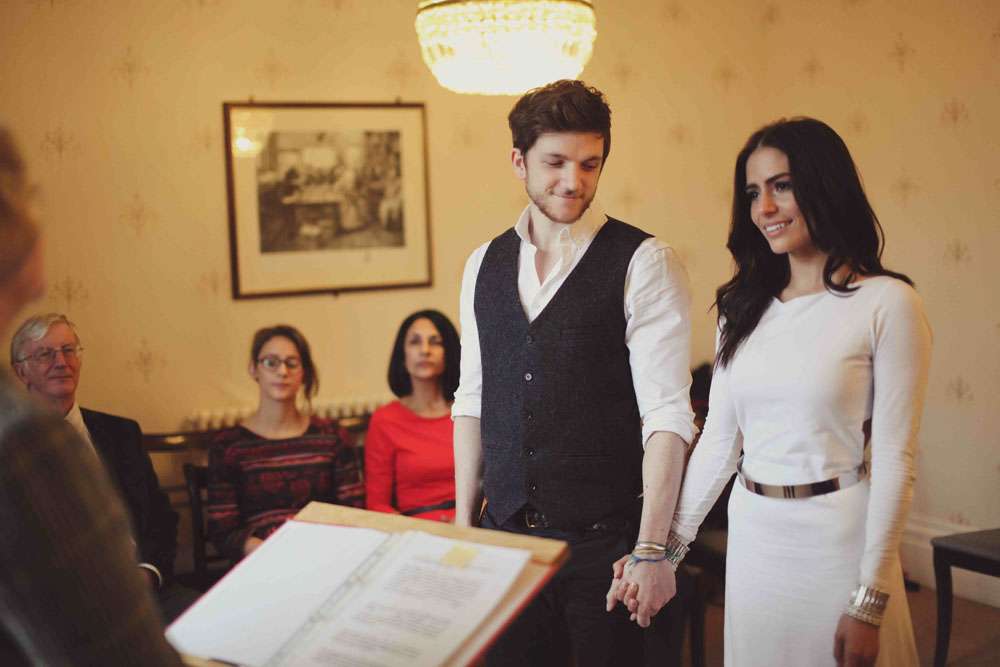 “We also booked a big house in the country for a weekend away with just 18 guests so we could enjoy long conversations by the fire. We went straight after the high tea on the day we were married so I was still in my dress as friends arrived. It was the most wonderful thing to sit in a hot tub with my best friends and gossip and watch my family sing by the fire whilst children coloured in. After the weekend away we flew off on honeymoon to make our final promise to each other at a tiny chapel on a hill in Brazil, a dream come true, literally – this chapel had been our dream goal for a long time.” 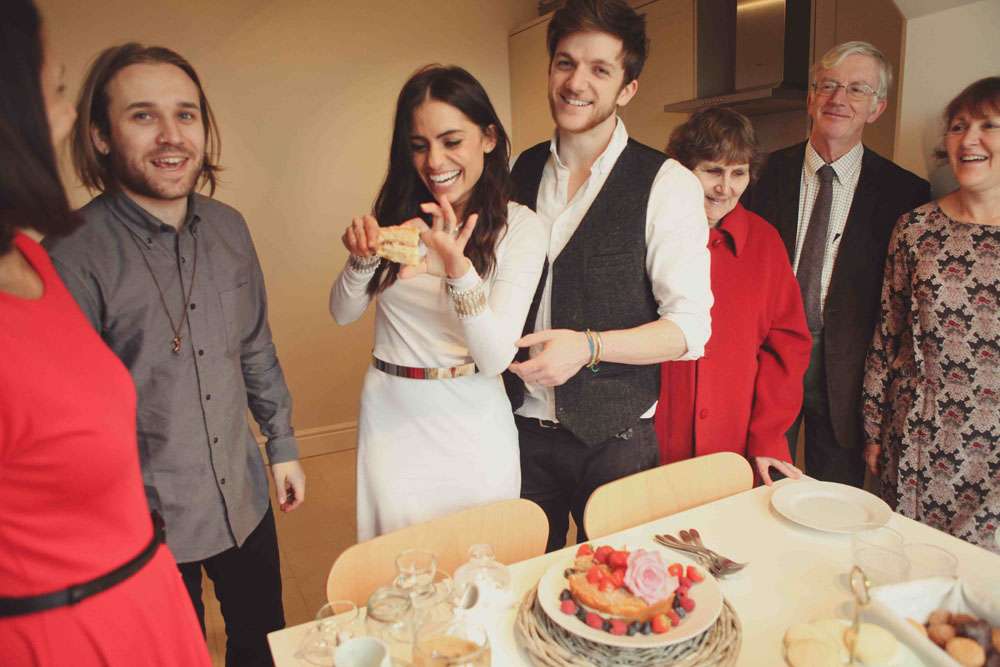 “We always knew we wanted a small wedding but small doesn’t really mean cheap”, she concluded. “There were so many things we could have spent more and more money on but along the way but we decided that we wanted to put money aside for our first year of marriage. We took money out of the wedding budget specifically for our first year. I didn’t want our first stage of marriage to be broke!! It doesn’t make sense to to wipe out savings on one day and then be tight for your first year as husband and wife. I’m so proud that we did this and would advise other couples to try and do the same. Don’t set yourselves up for a tough start, get a head start instead and plan some romantic treats for when you’re home from honeymoon too.” 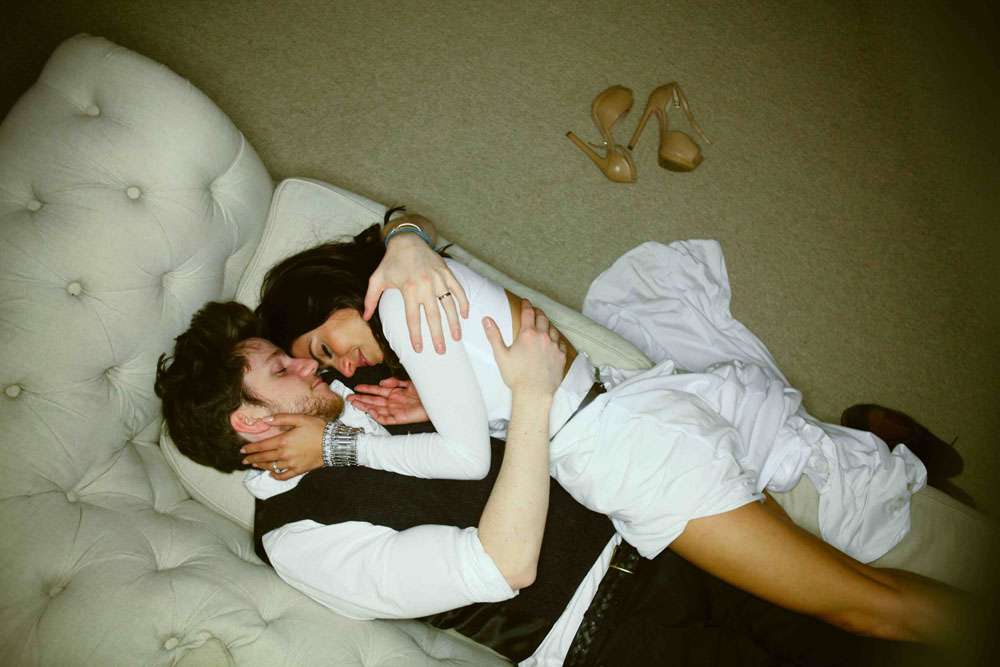 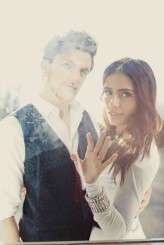 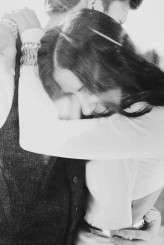 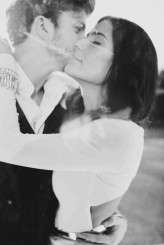 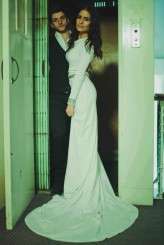 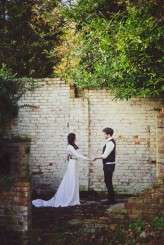 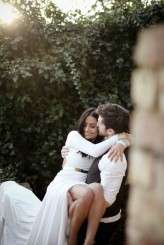 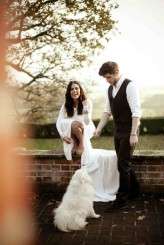 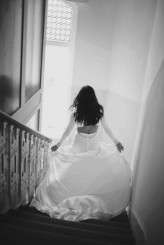 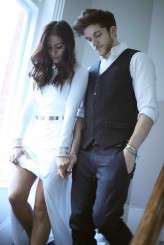 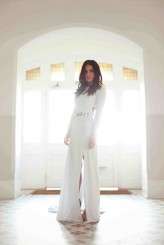 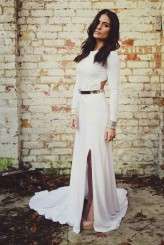 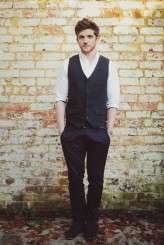 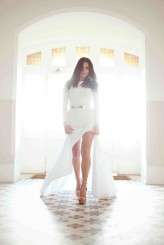 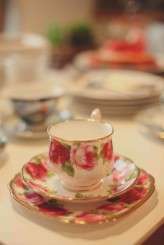 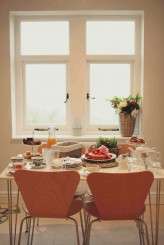 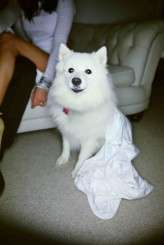 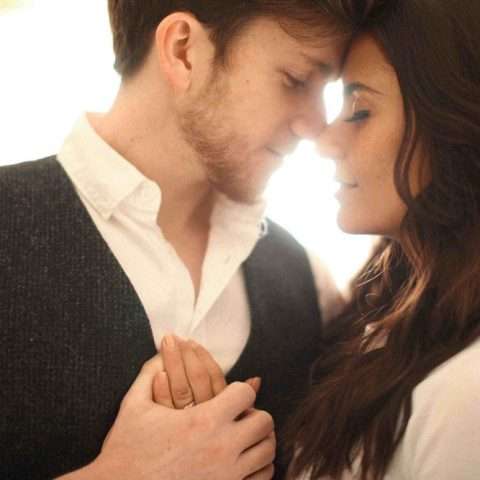 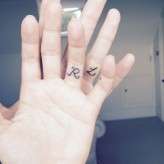 Sarah and Colin's home made wedding was full of personal touches and Scottish references. They were married at Comrie Croft in Perthshire, Scotland.

It's an undeniable cliché that I love all things surrounding weddings: the love, the family, the pretty dresses, the flowers... but I also love to hear the real stories behind these magical looking days. It's all very well and good sharing the perfectly edited highlights online, but what really went down? Were there injuries? Was one supplier an utter nightmare? Did someone jump on a bouncy castle and end up with a bloody nose? Well, actually, now you come to mention it...

Claire and Jamie's wedding was held at home, in their own barn. Almost everything was homemade by the couple or their guests. "We just wanted everyone to have a good time, and feel comfortable as the reception was at home", began the bride. "We live in a rural area so we didn’t want anything fancy, just plenty of food, drink and music."

A Chilled Out Cottage Garden Party Wedding in Wales

Hollie and Adrian wanted their wedding to feel relaxed and just really chilled out. They decided to host their reception in their own back garden which meant they could do exactly what they wanted. The ceremony was held in their local parish church, just a stone's throw from home, which they decorated with all the flowers and foliage! In fact the flowers ended up being their single biggest cost of the otherwise DIY wedding, but they provided exactly the look they were after for their day.

Emotional English Garden Wedding (With a Special Visit to Grandma)

Elissa and Joey's English garden wedding is a totally joyous, tear-jerker affair. And you know us, we're not about the clickbait life - it was genuinely a deeply emotional collaborative effort using as many beautiful homemade elements as possible. With that in mind, here's their theme, explained better than I ever could: